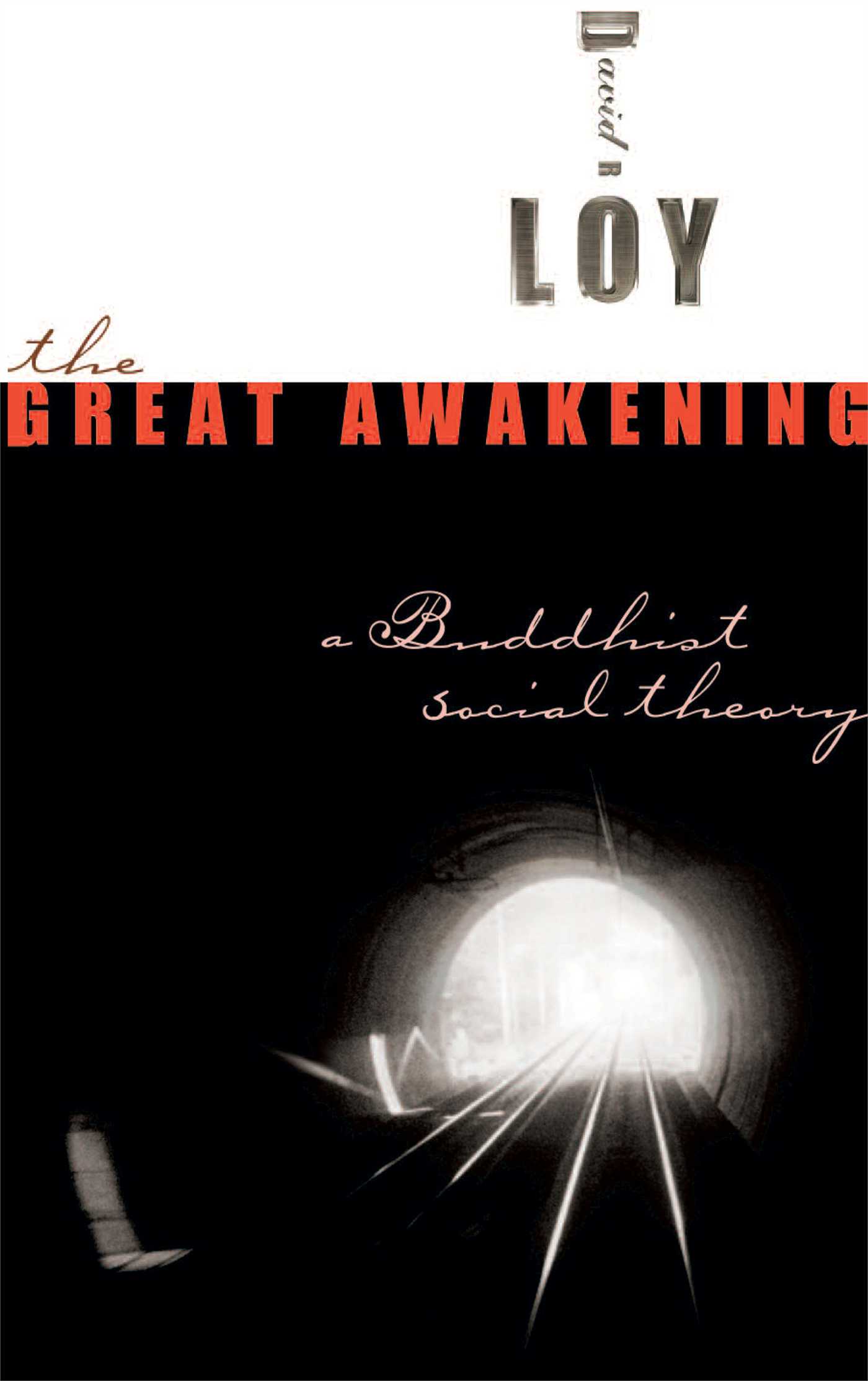 The most essential insight that Buddhism offers is that all our individual suffering arises from three and only three sources, known in Buddhism as the three poisons: greed, ill-will, and delusion. In The Great Awakening, scholar and Zen teacher David Loy examines how these three poisons, embodied in society's institutions, lie at the root of all social maladies as well. The teachings of Buddhism present a way that the individual can counteract these to alleviate personal suffering, and in the The Great Awakening Loy boldly examines how these teachings can be applied to institutions and even whole cultures for the alleviation of suffering on a collective level.

This book will help both Buddhists and non-Buddhists to realize the social importance of Buddhist teachings, while providing a theoretical framework for socially engaged members of society to apply their spiritual principles to collective social issues. The Great Awakening shows how Buddhism can help our postmodern world develop liberative possibilities otherwise obscured by the anti-religious bias of so much contemporary social theory.

"Now that I'm growing old, I look for deeper meaning everywhere. Loy's book sure gave me some--not only on that personal how-to-live-my-life level, but also in the universal realm of what's-this-all-about."

"A groundbreaking book from an original thinker."

"As the Buddhist Peace Fellowship Senior Advisor Alan Senauke once wrote, 'We need a critical understanding of interbeing as detailed and various as the maps of individual consciousness we use in our spiritual practices.' In The Great Awakening, David Loy has endeavored to sketch just such a map. (And Ken Jones's The New Social Face of Buddhism provides a different but complementary perspective for our journey.) Loy's book shows how a Buddhist perspective can help contribute to a fuller understanding of many distinctly modern issues, including globalization, terrorism, biotechnology, and the ecological crisis. Each of his chapters offers many insights. This book will undoubtedly become an important marker on the path of engaged Buddhism."

"In this daring work, David Loy applies his theory of a Buddhist psychology of 'lack'--the human experience of incompleteness and craving--to a dazzling array of social problems in the world today, including economic injustice and political tyranny, war and terrorism after 9/11, and the destruction of our natural environment. In so doing, he exemplifies the rise of socially engaged Buddhism and this new vehicle of spiritual practice."

"Loy extends our understanding of Buddha's teachings by showing how the three poisons of greed, ill-will, and delusion--the sources of all individual suffering--become socially embedded and supercharged in issues ranging from the 'War against Evil' to the reformation of dangerous criminals. Sophisticated theories like the ones Loy presents here are an urgent requirement if socially engaged Buddhism is to reach its full potential."

– Ken Jones, author of The New Social Face of Buddhism

"With fruitful results... Loy shows that Buddhist social theory is neither wishful thinking nor a mechanical exercise in trying to match past teachings to present problems... The Great Awakening is arguably the most extensive response to 9/11 published to date. Timely... a formidable critique of Western social thought."

"Loy joins a growing movement of Buddhist figures, such as Thich Nhat Hanh and the Dalai Lama, who apply Buddhist principles to the large issues of the contemporary world. He proves to be a most creative and able communicator. Loy suggests that Buddhist theory and practice leads to the breakdown of the false dualism of self and other, resulting in a motivational sense of communion with those in need and a truly grounded motivation for engagement in building a world in which all people are treated such as oneself would want to be treated. Central to Loy's presentation is an analysis of social Dukkha (longing, desire, suffering) which is the source of human discontent. Social, political and economic institutions and arrangements hold out the promise of ending this discontent, yet fail to do so because, at best, they address only the symptoms of such suffering. The injustice and inequality inherent in such systems actually increase social suffering... One of the most powerful aspects of this book is that Loy's critical eye is not directed only outward, but also toward a frank discussion of the deformations of these principles in traditionally Buddhist societies. Loy is particularly sharp in his criticism of the Zen Samurai (warrior) tradition, so popular in martial arts circles... Loy has written a very important and readable book that deserves wide attention from all who are concerned with the application of spiritual teachings and practices to social theory and social activism."

"There have been many attempts to understand modern social theory from a Buddhist perspective, but they have not been satisfactory because they were either written by scholars well versed in Buddhist teachings but not with the outside world, or vice versa. Loy, however, seems to bring together an deep understanding of both. More importantly, he displays a sympathetic attitude to both Theravada and Mahayana (as well as Taoist) teachings which gives this book a transcendental relevance. Loy argues that while Buddhism lacks an intrinsic social theory, its teachings do have important economic (and therefore political and social) implications that can help us respond to the New World Order."

"Can we create policies that diminish or inhibit our negative tendencies and encourage the positive? David Loy, Zen teacher, social activist, and professor, skillfully entertains such issues, and offers ways of seeing that can help us make saner policies and recognize the bias in our institutions. The wisdom in this book's pages deserves a wide audience."