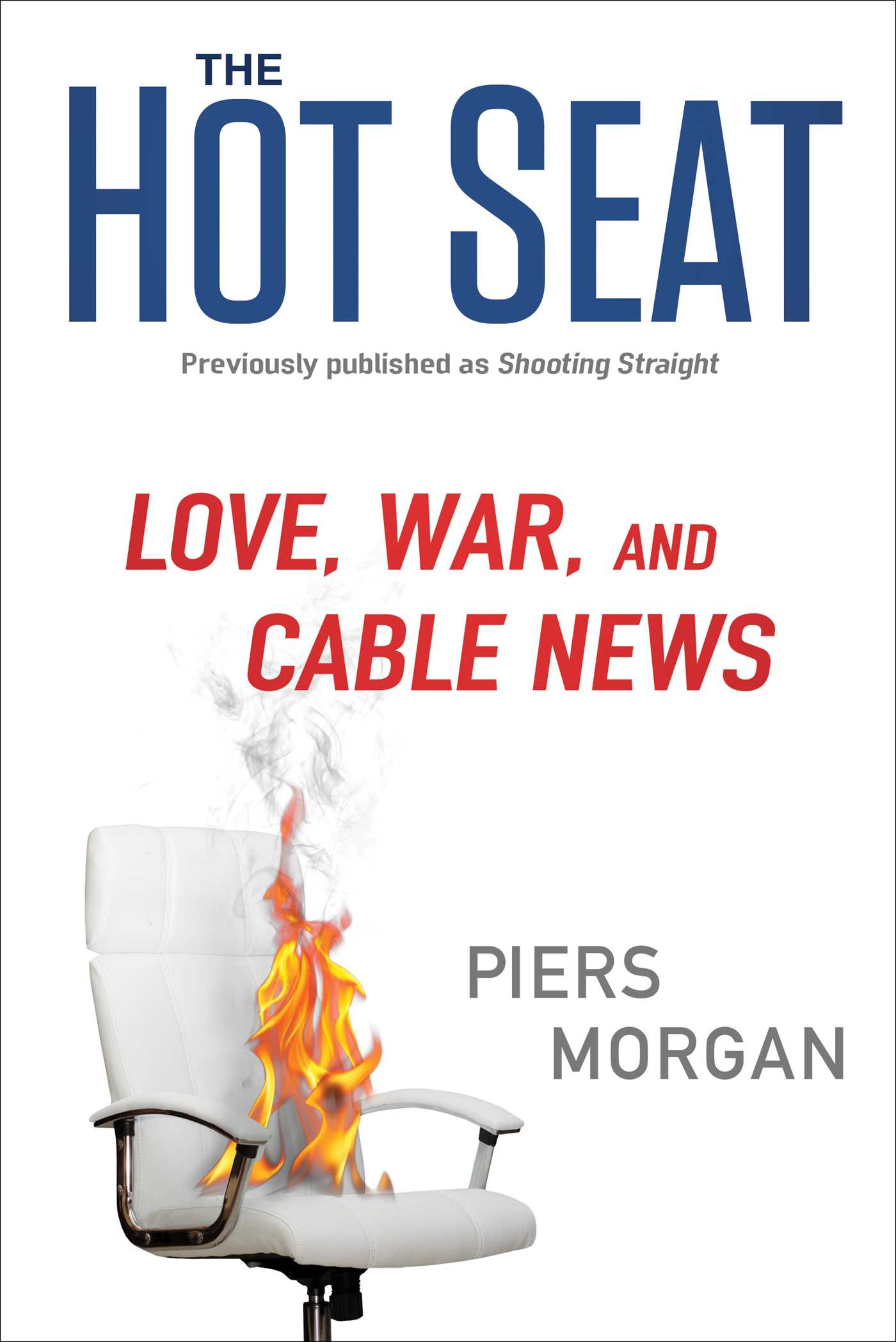 By Piers Morgan
LIST PRICE $19.99
PRICE MAY VARY BY RETAILER

From ultimate media insider Piers Morgan, an adrenaline-fueled account of life at CNN, exclusive stories about his celebrity encounters, and details about his high-profile decision to take on the issue of gun control at its historical tipping point.

When Piers Morgan arrived in the US, he was a thoughtful outsider and observer of our country—a modern-day Alexis de Tocqueville, if a limousine-chasing British tabloid editor could be called that. From rushing to the roof of the studio that filmed America’s Got Talent so that he could broadcast live breaking news about the tsunami in Japan, only to rush back and judge a singing, dancing Christmas tree; from being snubbed by Bill O’Reilly, who pretended not to recognize him (despite the largest cable news marketing campaign in television history) to, moments later, consenting to take a picture with O’Reilly’s daughter, who happened to be a big fan of America’s Got Talent (Bill was immediately scolded by security for “photographing the talent,” which is a comeuppance more artful than one could make up); from declaring in no uncertain terms that the 2011 shooting of Gabby Giffords would change American guns laws as surely as the 1996 massacres in Dunblain, Scotland, and Tasmania, Australia, had done, only to rail in disbelief the following year at the Newtown, Connecticut, massacre in 2012, and the gun lobby’s insistence that it was “too soon” to discuss the problem of guns in America.

The hit HBO series Newsroom posits that America needs a newsman who has a point of view, who does not suffer fools, and who does not give “equal time” to idiocy. Watching Piers Morgan, one gets the sense that he is as close to the character Will McAvoy as we have in this country presently. A scrappier version of Anderson Cooper. A thinking man’s bruiser.

Piers gives an adrenaline-fueled account of life at CNN and a reflective and heartfelt account of his continuing love affair with America, including his high profile participation in the gun debate. He is also happy to weave personal material on his wife and family, so you have a sense of really knowing the man.

Piers Morgan is known for hosting NBC’s runaway hit America’s Got Talent and his popular CNN show, Piers Morgan Tonight, which held the timeslot previously occupied by Larry King Live. Morgan started his career as a reporter for The Wimbledon News, and went on to work for The Sun and to become the youngest ever editor of News of the World in 1994. He then became the editor-in-chief of the Daily Mirror and then a columnist for GQ, as well as a host on the BBC before joining CNN in 2010.

By Piers Morgan
LIST PRICE $19.99
PRICE MAY VARY BY RETAILER