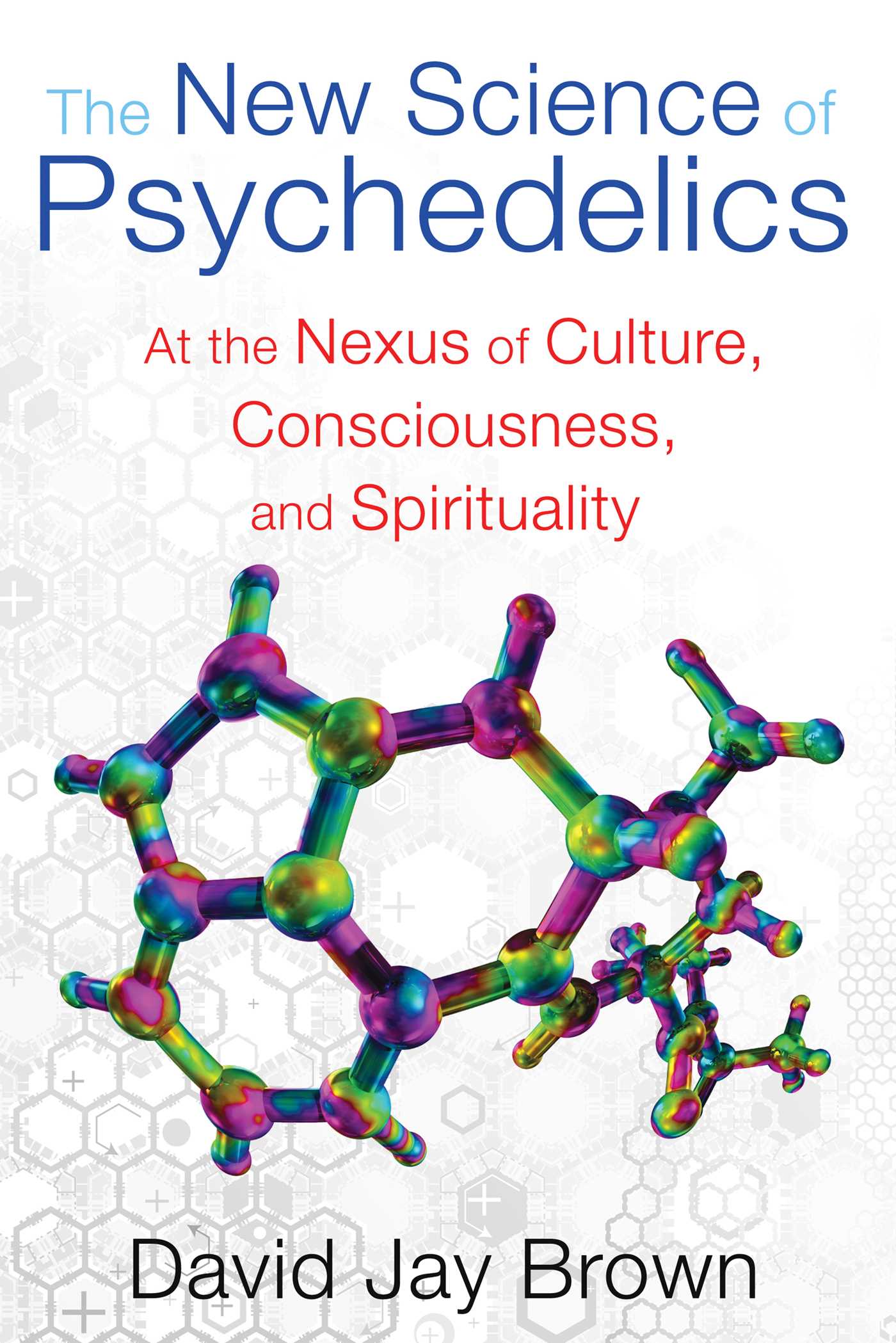 The New Science of Psychedelics

At the Nexus of Culture, Consciousness, and Spirituality

What does the future hold for humanity, and can psychedelics help take us there?

• Investigates the role of psychedelics in lucid dreaming, sex and pleasure enhancement, morphic field theory, the survival of consciousness, encounters with nonhuman beings, and the interface between science and spirituality

For as long as humanity has existed, we have used psychedelics to raise our levels of consciousness and seek healing--first in the form of visionary plants such as cannabis and now with the addition of human-created psychedelics such as LSD and MDMA. These substances have inspired spiritual awakenings, artistic and literary works, technological and scientific innovation, and even political revolutions. But what does the future hold for humanity--and can psychedelics help take us there?

Sharing insights from his discussions with luminaries such as Terence McKenna, Edgar Mitchell, Candace Pert, Deepak Chopra, Andrew Weil, Jerry Garcia, Albert Hofmann, Annie Sprinkle, and Rupert Sheldrake, author David Jay Brown explores the revelations brought about through his psychedelic experiences and his work with visionaries of the psychedelic and scientific communities. He investigates the role of psychedelics in lucid dreaming, time travel, sex and pleasure enhancement, morphic field theory, the survival of consciousness after death, encounters with nonhuman beings, and the interface between science and spirituality. Examining the ability of psychedelic drugs to incite creativity, neurogenesis, and the evolution of consciousness, he explains that they are messengers from the plant world designed to help elevate our awareness and sense of interconnectedness.

Revealing not only what psychedelics can teach us about ourselves and the world around us, Brown also shows how they are preparing humanity for a future of enlightened minds and worlds beyond our solar system.

After I completed my master’s degree in neuroscience at New York University in 1986, I drove across country to California. After working in a cramped neuroscience lab for two years in New York City doing electrical brain stimulation research on rats, I was ready to let my mind and spirit burst free.

Heading west was important to me, and I’ve lived in California for most of my adult life. I learned from Timothy Leary and Robert Anton Wilson that for thousands of years the most experimentally minded and culturally innovative people have been steadily migrating in a westward pattern around the planet.

Westward migration made sense to me because I realized that migrating west means that you’re moving against the spin of the planet, which spins from west to east. From an extraterrestrial vantage point, moving west can be seen as a climb upward over time, as though humans have been faithfully ascending a giant mountain for thousands of years.

If one studies the history of human civilizations, it seems that those areas of the world where people have been the most culturally experimental and technologically innovative have moved west since the beginning of the first developed countries that exist to this day.

The oldest surviving nations on the planet can be found in the East, and those places where great cultural advancements have taken place seem to light up in a westwardly (upwardly) directional sequence--beginning in India and China, expanding into the Middle East and winding into Eastern Europe, then into Western Europe and Great Britain, to the east coast of America, and finally to the west coast of America, where California and Hawaii represent the current peaks of this global migration process.

When one travels eastward from California, one encounters societies that have increasingly older and older histories, less and less tolerance for individual differences, more and more suspicion about anything new or different, and greater and greater respect for and attachment to authority and tradition. Traveling west from China, one sees this pattern going in reverse, until one reaches California and Hawaii, where there is considerable lifestyle, cultural experimentation, and tolerance for individual differences. I agree with Wilson and Leary that traveling eastward takes you into the past, and moving westward carries you into the future. The planetary time zones on Earth should not be separated by hours, Leary said, but rather by centuries.

These westward migration patterns made sense to me in the larger context of understanding that there was an evolutionary momentum behind human progress, moving it ever upward, and I realized that there was a long history indeed behind getting “high.” Our early ancestors climbed out of the ocean on to dry land. Then they grew taller, got up on their hind legs, and began climbing into the trees. Some took off into the air and learned to fly; we eventually learned to do so as well with our technology.

The center locus of consciousness in every animal species is located near the top of its head--as close to the heavens as physiologically possible--the highest perceptual vantage point. When I’ve done LSD or psilocybin I often felt like the locus point of my consciousness shifted from the center of my head to a point that is a few inches above my head. It is no accident, I realized, that people refer to cannabis intoxication as a “high.” Consciousness has been literally evolving higher and higher for eons--the brains of animals evolved into higher and higher positions of physical elevation throughout our evolution. All throughout evolution, consciousness has been rising upward, against the force of gravity, toward the stars.

Evolution has been moving consciousness higher and higher for billions of years, and it seems that there is currently no other direction to go than up. It appears that the inevitable next step in this evolutionary process involves our species’ migration off the planet’s surface into space. I often wonder if we are being prepared by cannabis and psychedelics for life in zero gravity, where we can frolic gravity-free in high-orbiting space colonies within self-contained biospheres. Or, perhaps, for reaching into the depths of outer space to encounter new forms of intelligent life, or into higher dimensions of reality.

When I interviewed NASA astronaut Edgar Mitchell, the sixth man to walk on the moon, he told me that his mystical experiences in zero gravity were similar to his experiences with LSD. When I asked Mitchell to describe what his mystical experience in space was like, he replied: “I suddenly realized that the molecules of my body, the molecules of the spacecraft, and those of my partners had been prototyped in some ancient generation of stars. I could see the stars, see the separateness of things, but felt an inner connectedness of everything.”

According to NASA psychologist Steve Groff, many astronauts were given psychedelic drugs by NASA to prepare them for the weightlessness of space and the disorientation that may come from a lack familiar external cues.

Every weekend for four years I worked at an isolation tank, biofeedback, entrainment brain machine center called the Altered States Relaxation Center in West Hollywood. I experimented with various psychedelic drugs in the tanks, and my experiences were extraordinary. For example, one night while tripping on magic mushrooms in the tank, and after becoming “unstuck in time,” I got out to go to the bathroom. Seeing myself in the mirror with huge, unnaturally bulging alien eyes convinced me that I had permanently altered my DNA, and I was now a new species. I still wonder if this is true.
David Jay Brown

David Jay Brown holds a master’s degree in psychobiology from New York University. A former neuroscience researcher at the University of Southern California, he has written for Wired, Discover, and Scientific American, and his news stories have appeared on The Huffington Post and CBS News. A frequent guest editor of the MAPS Bulletin, he is the author of more than a dozen books, including The New Science of Psychedelics and Frontiers of Psychedelic Consciousness. He lives in Ben Lomond, California.

“This is a simply splendid book! David Brown is a leading-edge activist, explorer, and philosopher who has blended an astounding number of personal experiences as well as commentaries from amazing people into a narrative that goes well beyond other books about psychedelics. He reevaluates not only the well-known areas of healing, psychotherapy, creativity, and spirituality but also extends his wise deliberations and deep explorations into areas that most of us still shy away from--freely discussing alien encounters, psychedelic sex, mixing and matching various substances, parapsychology, consciousness after death, and more--drawing on his own extensive voyages and exploration for telling examples. He is unafraid to explore the dark sides of his own personality as well as his joys as needed to illuminate challenging aspects of the multifaceted psychedelic universe.”

– Thomas B. Roberts, author of The Psychedelic Future of the Mind

“Dave’s particular mixture of youthful curiosity, honest skepticism, and appetite for adventure remind me of Tom Sawyer. Reading this book is like riding a raft with Tom down the psychedelic Mississippi. You meet anew all the famous natives who live along its shores--Tim Leary, Robert Anton Wilson, John Lilly, and many others. This book captures both the peculiar terrors and the deep delights these mind-altering substances can induce. A nononsense personal exploration of a controversial area of scientific research recounted in a light and engaging manner.”

– Nick Herbert, author of Quantum Reality: Beyond the New Physics

“If you have yet to experiment with your consciousness by taking ‘drugs’ this is a very helpful read and more cerebral psychedelic enthusiasts will find this a very pleasant sharing. Readers can easily tell that David has talked to the latest and greatest of psychonauts and researchers. ”

“New age collections will find this an inspiring survey of what psychedelics can teach us about the world and systems beyond our world.”

“David Jay Brown’s book is a persuasive and necessary argument as we collectively move toward the mainstreaming of psychedelics and face the unique survival challenges of the twenty-first century. This is an outstanding book to read and share widely.”

“The New Science of Psychedelics is a knockout! David Jay Brown tackles the touchy topic of ‘sex on drugs’ with the wisdom of hands-on experience, an expanded mind, and the ability to get into deep places. This book reads like an honest, intimate love letter!”

“A provocative journey into the realms of psychedelics, consciousness, creativity, science, and culture. Buy this book and feed your brain!”

– Clifford Pickover, author of The Math Book and Sex, Drugs, Einstein, and Elves

“David Jay Brown writes it all up in a sure hand with a flare appropriate to the subject matter so that the reader is as much entertained as informed.”

– R.U. Sirius, author of Everybody Must Get Stoned

The New Science of Psychedelics

At the Nexus of Culture, Consciousness, and Spirituality