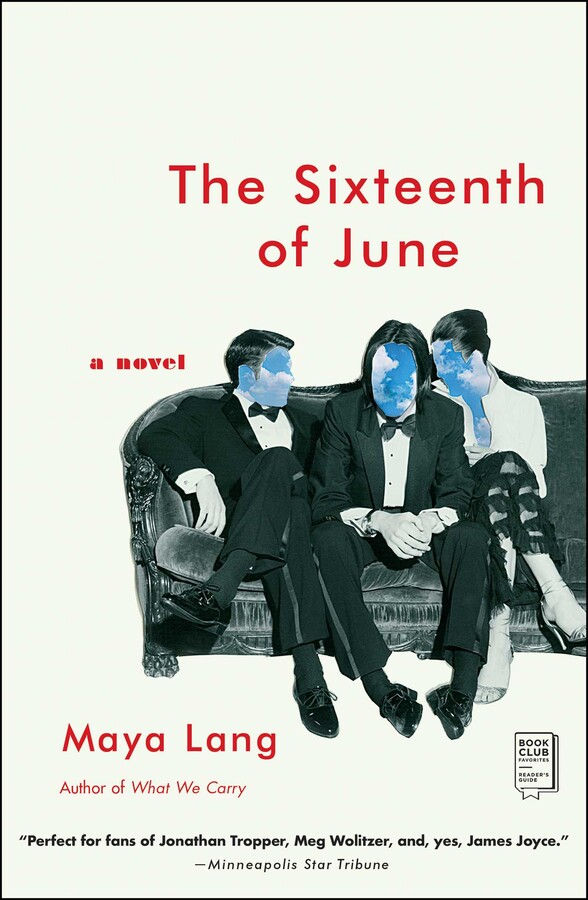 The Sixteenth of June

By Maya Lang
LIST PRICE $16.99
PRICE MAY VARY BY RETAILER

A finely observed debut novel that paints a funny, moving, truthful portrayal of a family at a turning point: “A triumph” (Helen Schulman, New York Times bestselling author of This Beautiful Life).

Leopold Portman dreams of settling down in Philadelphia’s bucolic suburbs and starting a family with his fiancée, Nora. A talented singer in mourning for her mother, Nora has abandoned a promising opera career and wonders what her destiny holds. Her best friend, Stephen, Leopold’s brother, dithers in his seventh year of graduate school and privately questions Leo and Nora’s relationship. On June 16, 2004, the three are brought together—first for a funeral, then for the Portmans’ annual Bloomsday party. As the long-simmering tensions between them rise, they must confront their pasts and their hopes for the future.

Clever, lyrical, and poignant, The Sixteenth of June delves into the frictions and allegiances of friendships, the murky uncertainty of early adulthood, and the yearning to belong. Offering a nod to James Joyce’s Ulysses, this remarkable novel explores the secrets we keep and the lengths we go to for acceptance and love. It is “a perfect book for fans of Jonathan Tropper, Meg Wolitzer, and, yes, James Joyce” (Star Tribune, Minneapolis).

This reading group guide for The Sixteenth of June includes an introduction, discussion questions, ideas for enhancing your book club, and a Q&A with author Maya Lang. The suggested questions are intended to help your reading group find new and interesting angles and topics for your discussion. We hope that these ideas will enrich your conversation and increase your enjoyment of the book.

Leopold Portman dreams of settling down in Philadelphia’s bucolic suburbs with his fiancée, Nora. A talented singer in mourning for her mother, Nora has abandoned a promising opera career and wonders what her destiny holds. Her best friend, Stephen, Leopold’s brother, dithers in his umpteenth year of graduate school and privately questions Leo and Nora’s relationship. On June 16, 2004, the three are brought together—first for a funeral, then for an annual Bloomsday party. As the long-simmering tensions between them come to a head, they are forced to confront the choices of their pasts and hopes for the future.

1. The Sixteenth of June alternates between Nora’s, Leo’s, and Stephen’s perspectives. Despite the shared narrative, did you feel more closely connected to one of the three?

2. Consider the significance of the characters’ names. Joyce’s Leopold Bloom is a pragmatic humanist with a hearty appetite, a man of things; Stephen Dedalus is cerebral, a writer and an academic, a man of ideas. How do the Portman sons resemble their Joycean counterparts?

3. Compare the characters’ feelings about expectations of women. Grandma Portman, June, and Nora express different views of womanhood. Leo has a strong desire for traditional domesticity, a role he is not unwilling to take up himself (in the kitchen, with wedding planning). Also consider Stephen’s thoughts on Nora’s mother: “You didn’t marry for money or romance. You married because it was what you were supposed to do. Then Nora came along and made it worthwhile” (p. 112).

4. Why do you think Stephen chooses to keep his visits with Grandma Portman private? What did these visits mean to him? What does his secret mean for the rest of the family?

5. Ulysses is famous for its stream-of-consciousness narration. In The Sixteenth of June, quotidian activities (Leo making breakfast; Stephen showering; Nora walking through Philadelphia) serve as a vehicle for interior musings. How does Maya Lang use this technique to reveal details about the characters? What were the characters doing when you felt most connected to them?

6. How does each character approach mourning and grief? Does the complication of inheritance affect Stephen’s grief? Nora’s?

7. Many of the characters chew over unspoken sentiments—thoughts they consider sharing but don’t. Stephen terms these the GUTS, the “Great Unnamed Things in the Portman household” (p. 104). How are relationships affected by what goes unsaid? Despite living in “a house without closets” (p. 86), it seems the Portmans have a wealth of metaphorical closets—their own secrets. What does each character keep hidden?

8. As Leo and Stephen’s tense conversation before the Bloomsday party reveals, both brothers feel like outsiders in their family at times. What does the concept of family mean to each brother? To Michael and June? To Nora? How is that changed by the events of the novel?

9. The three main characters in this novel struggle with different expectations and senses of what they “should” be doing. Ulysses, as a novel, is arguably the one most people feel they should have read. How do feelings of obligation and expectation affect these characters? Do perceptions surrounding Ulysses—that we should have read it; that no one understands it; that it makes people feel inadequate—play out in the novel?

10. What did you make of Stephen’s relationship to sexuality? Were you surprised by his confession to Nora in the final pages?

11. While Stephen is annoyed by the “whole life-imitating-art motif” of his father’s toast (p. 218), Michael raises a good point about literature being able to reach us and speak to us differently over time. How does the celebration of Ulysses affect each character? Do you think Michael and June truly love Joyce? Is understanding a novel necessary to loving it? Are false understandings (of books or people) at play here?

12. Did June’s actions in the Afterword change your opinion of her? Why or why not?

13. Compare and contrast Nora’s final thoughts regarding Stephen’s offer (p. 232) with Molly’s ecstatic “Yes I said yes I will Yes” in Ulysses, which the characters allude to (pp. 135–36). Consider as well the tone of the last lines of Nora’s email to Stephen. How did you feel about the end of the novel? Do you imagine these characters ultimately finding happiness?

2. The Sixteenth of June’s rich descriptions and colorful characters lend a cinematic feel to the novel. Who would you choose to play each of the characters in a movie adaption?

3. If you haven’t already, try reading Ulysses. If the 265,000-word novel proves too daunting, read one of Joyce’s short stories, such as “Araby” or “The Dead” from Dubliners. Learn more about James Joyce and Ulysses at www.jamesjoyce.ie.

4. To see a list of references and lines from Ulysses incorporated into The Sixteenth of June, see the author’s website at www.mayalang.com/book/ulysses-references/. 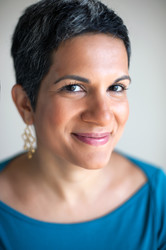 Maya Lang is the first-generation daughter of Indian immigrants. She was awarded the 2012 Bread Loaf-Rona Jaffe Foundation Scholarship in Fiction and was a Finalist for Glimmer Train’s Short Story Award for New Writers. She holds a PhD in Comparative Literature and lives in New York with her husband and daughter.

– —Rebecca Makkai, author of The Hundred-Year House and The Borrower

The Sixteenth of June

By Maya Lang
LIST PRICE $16.99
PRICE MAY VARY BY RETAILER