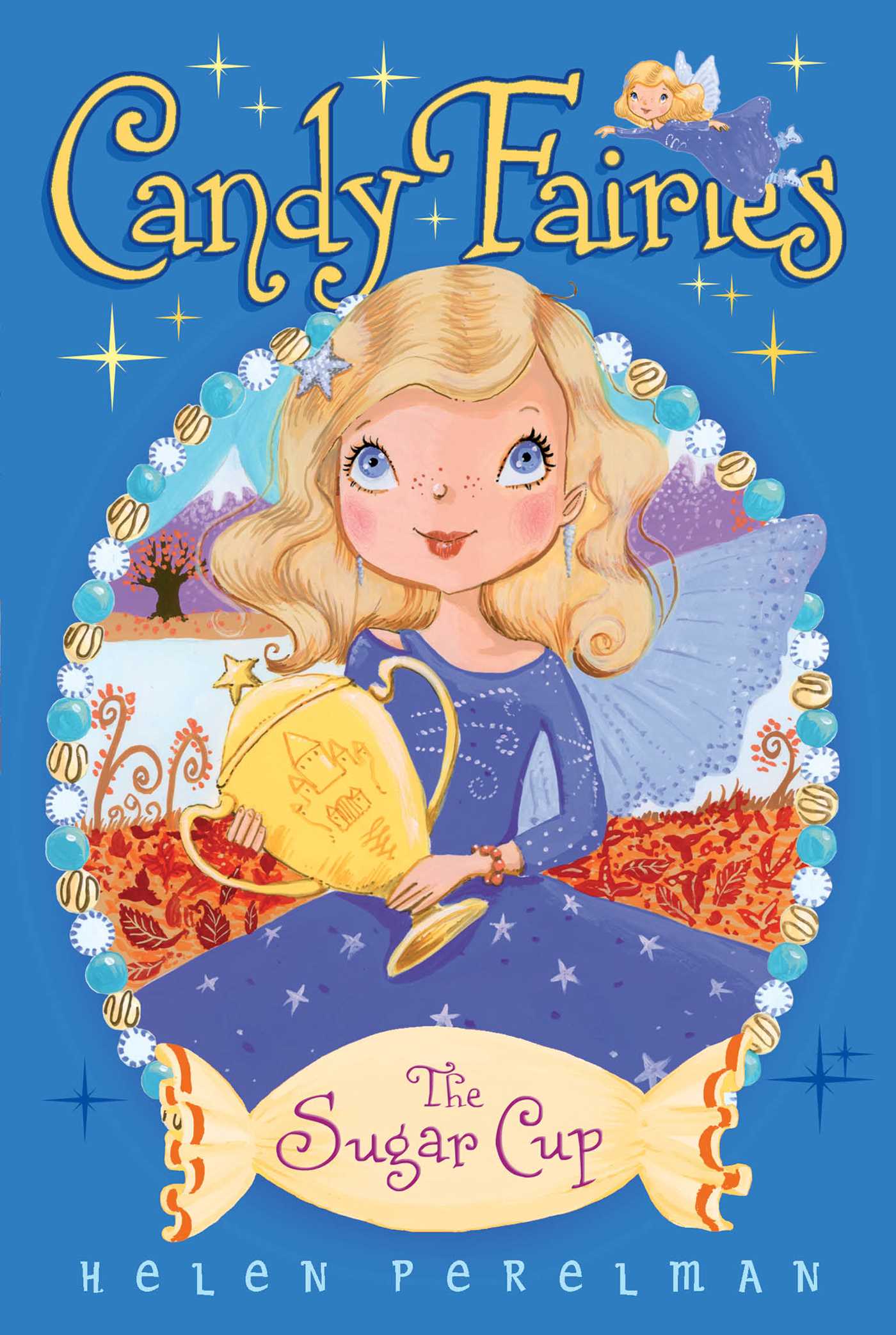 Dash the Mint Fairy wants to win a sugar-tastic trophy in this Candy Fairies adventure—but can she try a new event AND win the Sugar Cup?

Every year fairies from all over Sugar Valley compete for the golden Sugar Cup. And Dash the Mint Fairy really wants to win it! Dash always races her sled, and Cocoa always paints a picture, but this year the two fairy friends decide to trade places: Cocoa will enter the Frosted Mountain race and Dash will enter the Art Treat. But as the big day nears, Dash isn’t so sure that painting is her speed, and she worries she may lose the Sugar Cup. Was it a mistake to try something new and different?

Dipping Pair
Dash the Mint Fairy looked around Peppermint Grove. The bright morning light made her mint candy crop sparkle. Each mint was superwhite and just right for picking. She grabbed her harvest basket and started her work.

“Hi, Doopie,” Dash said to the tiny chipmunk at her feet. She bent down and held out a mint for the small animal. “Here you go,” she said. She watched the red-and-white-striped chipmunk hold the candy in her front paws and take a nibble. “What do you think?”

“That is how I feel about a fresh mint candy too!” she said. “I’m glad that you agree.”

Picking mints from the mint bushes wasn’t an easy task. Dash had to reach in under branches to get the best ones. At times like these, she was happy to be a small Candy Fairy.

Dash held up one of the larger mints. She slipped it into her bag. Secretly, she had been painting mints with her new set of white-chocolate paints. She had just started doing this kind of artwork, and she loved it!

During the Sugar Cup Games, an event that was happening in Candy Kingdom soon, decorating candy was one of the five events. The annual competition among fairies in Sugar Kingdom, Candy Kingdom, Cake Kingdom, and Ice Cream Isles was an exciting time. Cocoa, Dash’s Chocolate Fairy friend, had competed in the Art Treat event last year. But this year Dash really wanted to enter.

When Dash had a full basket of mints, she headed to Chocolate River. She was meeting Cocoa for chocolate dipping. Nothing was more delicious than a mint freshly dipped in chocolate!

Dash was planning on talking to Cocoa about the Art Treat event. She just wasn’t sure how to tell Cocoa. All her friends knew Dash loved to eat mints, but they didn’t know how much she loved to decorate them! She loved the bold, bright colors swirling around and the messy, minty masterpieces she created.

“Hi Dash!” Cocoa called. The Chocolate Fairy was waiting at the shore of Chocolate River. She had two dipping rods with her. “I see you have lots of mints!”

Dash landed and put down her large basket. “Just picked! This is a good crop,” she boasted. “I even got Doopie’s approval.”

“And such a big basket!” Cocoa exclaimed. “How did you fly with that?”

“I might be small, but I am strong,” Dash said proudly. She held up her arms to show off her muscles. “Must be all those mighty mints I ate,” she said, giggling. She looked out at the swirling river. “The chocolate looks choc-o-rific!” She rubbed her stomach. She settled down next to Cocoa. “This is a great day!”

Cocoa laughed. “I agree,” she said. “But it would have been greater if we had received a sugar fly message from Candy Castle about the Sugar Cup Games.”

“We should hear today,” Cocoa said. “This could be our year to win the cup!”

For the past four years, Cake Kingdom, which was ruled by Princess Lolli’s sister, Princess Sprinkle, had been the winning kingdom. The kingdom that won brought home a golden trophy called the Sugar Cup. Princess Lolli’s parents, King Crunch and Queen Sweetie, were the judges, along with other noble fairies. They would score the events and tally the scores.

Dash thought that now would be a good time to bring up the Art Treat. She looked over at Cocoa. “I saw Tula yesterday at Candy Castle,” she said. She strung her mint on her dipping stick. Tula was one of Princess Lolli’s trusted advisers and the one selecting fairies for the events. “She was asking me all kinds of questions about the Sugar Cup Games.”

“I spoke to Tula too,” Cocoa told her. “She said she was going to change things up this year.”

“Huh,” Dash said. She wanted to blurt out her wish to Cocoa, but she couldn’t!

Cocoa strung a mint on her stick and dipped the candy in Chocolate River.

Dash fluttered her wings. Now would be a good time to tell Cocoa. “Do you think we’ll be assigned different events from last year?” she asked. Her stomach did a tiny flip-flop.

“I’m sure you will be picked for racing,” Cocoa told her. “Everyone knows you love racing the best.”

“Hmm,” Dash said, dipping her stick lower into the river. “What about you?” she asked. “You loved the Art Treat competition, right?”

“I did,” Cocoa said, not looking at Dash.

Dash had a feeling that Cocoa wasn’t telling her something.

Cocoa looked over at Dash. “Did you tell Tula what you want to do?”
Helen Perelman