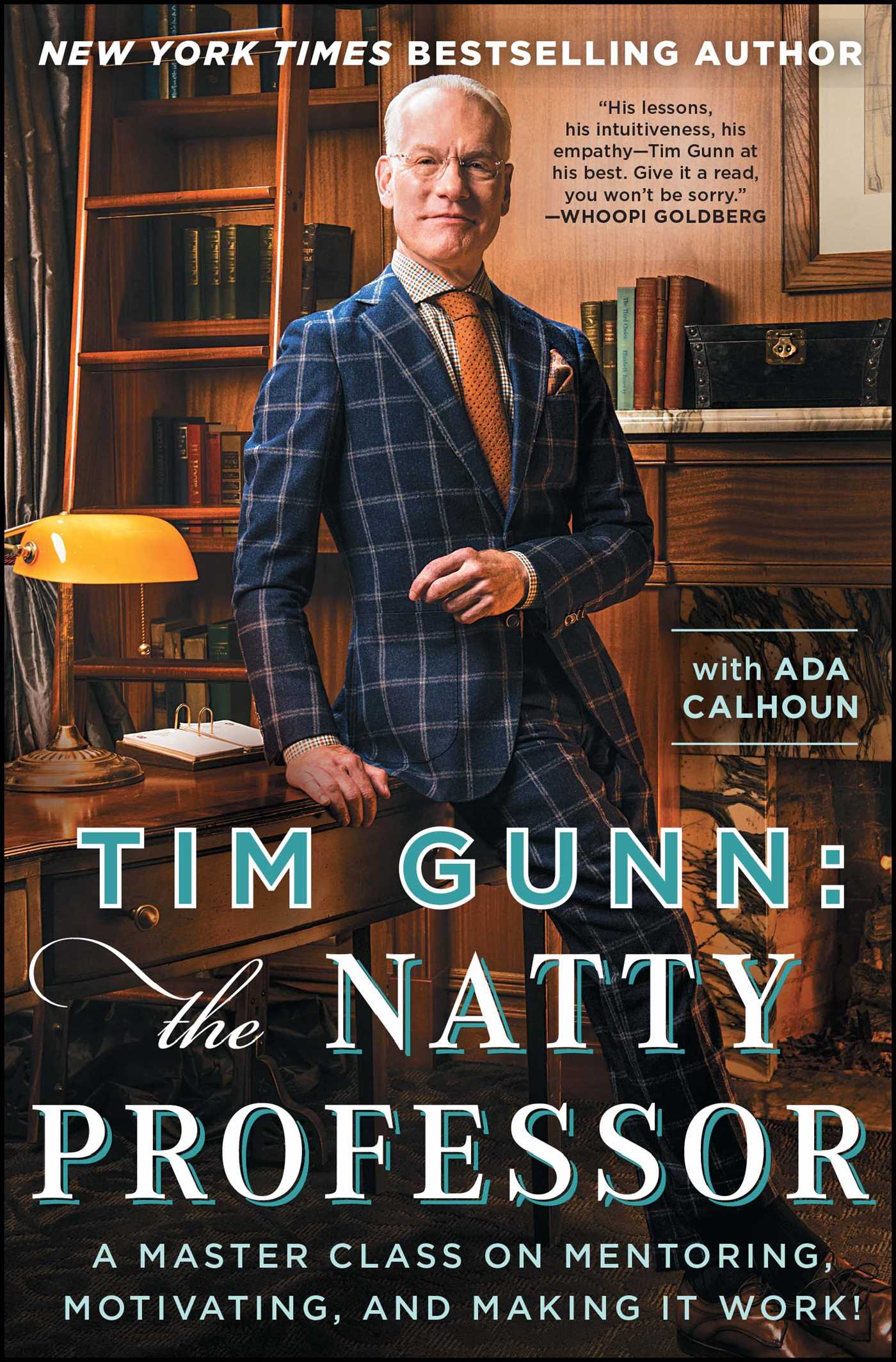 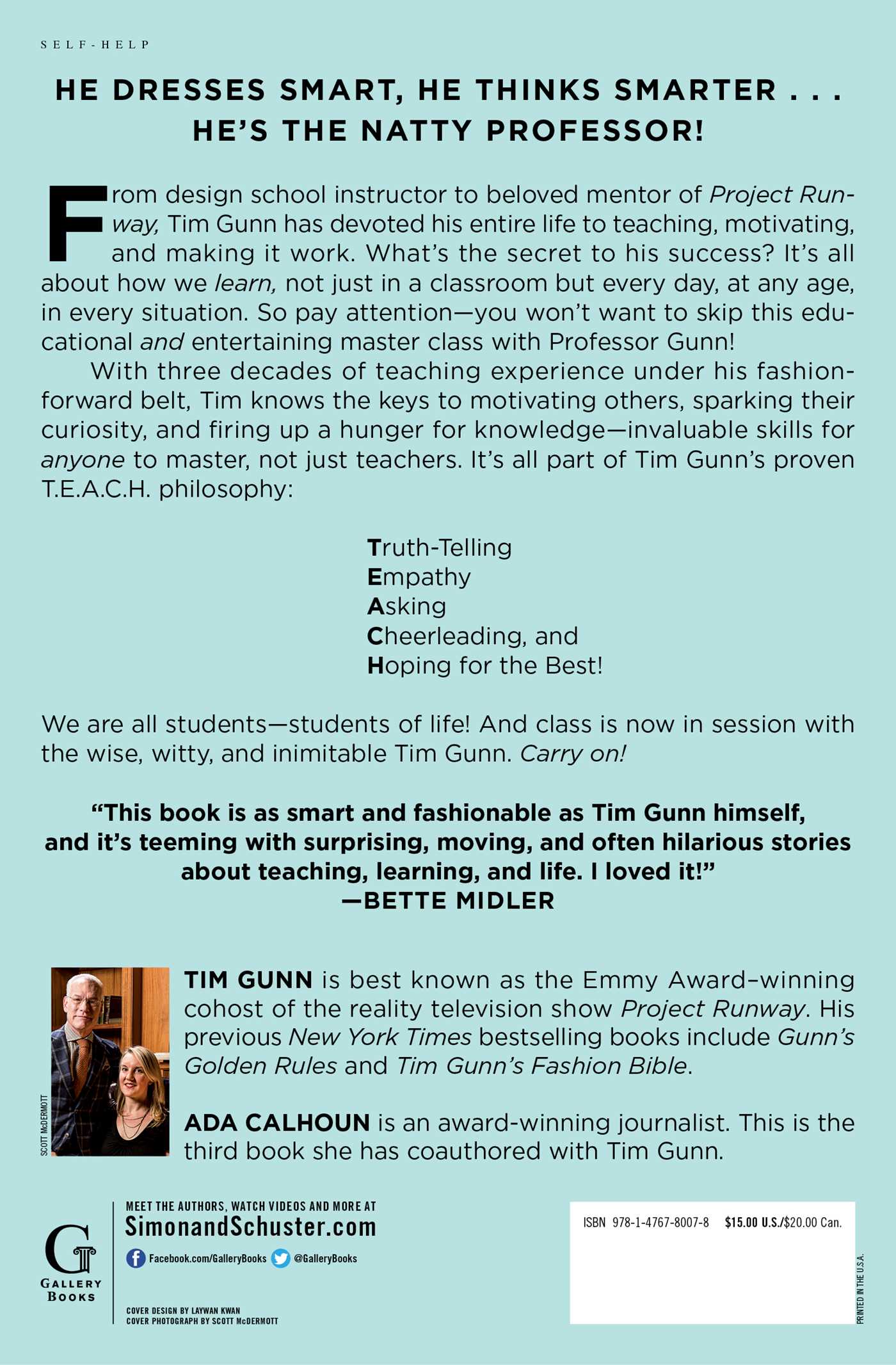 A Master Class on Mentoring, Motivating, and Making It Work!

A timeless book of lessons on mentorship, teaching, and learning from New York Times bestselling author Tim Gunn, host of the Emmy Award–nominated Project Runway and the reality show Under the Gunn.

Tim Gunn, America’s favorite reality TV cohost, is known for his kind but firm approach in providing wisdom, guidance, and support to the scores of design hopefuls on Project Runway. Having begun his fashion career as a teacher at Parsons The New School for Design, Tim knows more than a thing or two about mentorship and how to convey invaluable pearls of wisdom in an approachable, accessible manner.

While Gunn’s Golden Rules showcased Tim “as life coach,” imparting lessons based on his personal experiences, Tim Gunn: The Natty Professor will focus on Tim “as teacher.” Divided into sections on common themes—truth-telling, empathy, asking, cheerleading, and hoping for the best—this practical, timely book takes us on a journey through life lessons and uses Tim’s own personal experiences, from the classroom to the therapist’s office, to illustrate larger concepts.

Says Bette Midler of Tim Gunn: The Natty Professor, “This book is as smart and fashionable as Tim Gunn himself, and it’s teeming with surprising, moving, and often hilarious stories about teaching, learning, and life. I loved it!”

So grab a pencil and start taking notes: class is officially in session!

Tim Gunn: The Natty Professor LIFE AS A NEW TEACHER
When I was a classroom teacher, the first day of class was so important to me. There is so much to be said about that first day. We’re making a first impression and so are the students. I’d like to think that I’m dispelling their preconceptions and that they are more alert and they’re thinking, Oh! This is engaging! You want them to know you care about them.

In fact, if someone was absent on that first day, I often told him or her to go ahead and withdraw. That first class was about learning the basics: who they are, who I am, and my rules and expectations. One expectation I always wanted to extinguish was that just showing up to every class meant “I get a B or a C.” Showing up is the smallest expectation I had for any of them.

Key to first impressions is, as we all know, what you wear. That goes for both teachers and students. As a teacher, I felt stronger and more in control if I looked professional. Even in my junior days of teaching, I always wore a tie. It might be a knit tie, and I might have worn jeans with it, but a tie denotes effort. I wanted to feel in command, and dressing up helped me do that.

Also key for teachers looking to make a good first impression is to look around the room at the start of every class and fully engage with the students. Opening the class with “How are you?” is a sensational idea, and so simple. In any group, you don’t walk in and start to talk. You shouldn’t do that in a classroom, either.

I would ask everyone in the class to say their name and something about themselves, and then I would make notes on the roster. I found the students felt more invested if they introduced themselves rather than just saying, “Here!” They had a responsibility to show up and participate and contribute to the chemistry of the class.

“You’re all on an even playing field,” I told my students in my opening remarks. “You will distinguish yourself up or down from this point forward. Just being here, that’s not enough. You have to fully embrace these assignments and do them exceptionally well. You can’t be a cipher. Just because you’re present doesn’t mean you’ll get a good grade.”

At the end of every class, I would wait until everyone was gone and the next class was coming in, and then I would think, Now I can go. Maybe no one would come up to me after class for weeks on end, but I still never rushed out. Whether or not they took advantage all semester of my availability, I wanted them to know that if they did need me, I was there to hear what they had to say.

Every year a couple of students would approach me on that first day and tell me they didn’t belong in this class because they had experienced the course’s content before and were too advanced. I always said the same thing to them: “For the next four weeks we have an add/drop period. If you show during that time that you are capable of higher-level work, we’ll advance you to the next level.” Did it ever happen? Never.

That said, at Parsons you are required to attend classes. You were only permitted two absences, period. The classroom experience is why you’re there. “I have a doctor’s note,” a student might say. “It doesn’t matter,” I would reply. “You’ve missed this experience. You have four absences. You need to withdraw, or you need to take a leave of absence. You’re not going to pass this class. Period.”

I would make it clear that this class was about nurturing everyone . . . up to a point.

I would give the students explicit instructions in writing via an extensive syllabus. There always needs to be a syllabus. Teachers who resist having one make me nervous. When I was a department chair, I hosted a syllabus workshop and still found teachers hesitant to commit their teaching philosophies to paper. They were paranoid about sharing. But we needed consistency.

When I handed out my course syllabi, I would make the students sign a document saying they’d received and, most important, read it. This may sound obnoxious, but it was sadly necessary. Two-thirds of the way through the semester, I would invariably hear, “You never told us that!” And I then would take out the syllabus and show them that they had signed something saying otherwise.

One thing I learned in the course of my teaching career was to never judge anyone on that first day. When I started out, I was smug about having the students’ characters all figured out at first glance. Oh, that one seems smart! or This one seems not so bright! But students often—I would say, usually—surprise you. As a young teacher, I misjudged so often that ultimately I stopped judging altogether. It was about reducing my level of frustration. To keep myself from ever uttering the words, “I thought you had such promise,” I maintained a mantra of, “Let’s wait and see.”

Often the really articulate, highly participatory students were all talk. To them I often heard myself saying, “You said you could do it. Now where is it?” If we’d only had one meeting, I would have left impressed, but by week three, I would be underwhelmed. My advice to them was, “Stop talking so much and get to work.” To those who initially struck me as weak but who turned out to be brilliant, I said: “Learn how to make a better first impression. Learn how to show off a little.”

There’s no substitute for experience. I have the greatest respect for new teachers—their enthusiasm, their eagerness to have a great relationship with their students and to help them learn. At the same time, veteran teachers are great beneficiaries of trial and error. Mistakes are so valuable, providing you learn from them. One of the worst things for a teacher is to be stubborn and rigid.

When I began teaching, I erred on being overly kind and generous in my assessment of the students’ work. I realized by midterm that it wasn’t doing them any favors. What I was really doing was lowering the bar of my expectation to where the students actually were. The trouble with that is, they’ll stay there. If the teacher’s expectations are higher than what the students can achieve, they’ll keep pushing themselves. It’s like running a marathon alone: You can’t gauge where you are. And so, as I became a more seasoned teacher, I resolved to keep the bar higher.


“My favorite teacher was ‘Doc’ John Anderson, my political science teacher at Edison High School. I was taken seriously as a school athlete, but no teacher until Doc took me seriously. He paid attention to what I said in class. He showed an interest in me. He uncovered the ‘real’ Karen. I began to be recognized as a smart kid, not a jock. He meant the world to me. When you are struggling to find yourself, having someone really listen is very important. I graduated with a B.S. in Criminal Justice. I was the first person in my family to get a college degree. Doc gave me the confidence to just go do it. I miss that little guy.” 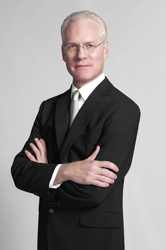 Beloved pop culture icon and New York Times bestselling author Tim Gunn is best known as the Emmy Award–winning host of Project Runway. He also hosted two seasons of his own Bravo makeover series, Tim Gunn’s Guide to Style, and was the host of the reality TV series Under the Gunn.

"Tim Gunn's done it again but this time he's going to surprise you because he goes places you didn't realize he's been. His lessons, his intuitiveness, his empathy—Tim Gunn at his best. Give it a read, you won't be sorry. Lessons for all!"

“This book is as smart and fashionable as Tim Gunn himself, and it's teeming with surprising, moving, and often hilarious stories about teaching, learning, and life. I loved it!”

“There is a reason Tim Gunn is so beloved. Who else are you going to take advice from if not the consummate gentleman? Tim is the best—and he knows what he’s talking about!”

"Tim Gunn is fun and chatty, but most of all he is incredibly knowledgable and informed!"

A Master Class on Mentoring, Motivating, and Making It Work!