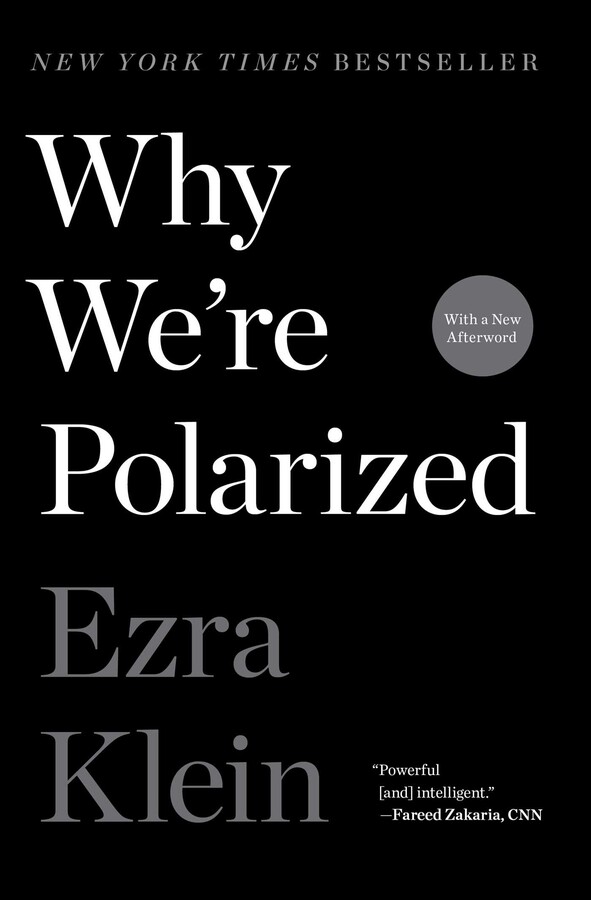 By Ezra Klein
LIST PRICE $17.99
PRICE MAY VARY BY RETAILER

This New York Times and Wall Street Journal bestseller shows us that America’s political system isn’t broken. The truth is scarier: it’s working exactly as designed. In this “superbly researched” (The Washington Post) and timely book, journalist Ezra Klein reveals how that system is polarizing us—and how we are polarizing it—with disastrous results.

“The American political system—which includes everyone from voters to journalists to the president—is full of rational actors making rational decisions given the incentives they face,” writes political analyst Ezra Klein. “We are a collection of functional parts whose efforts combine into a dysfunctional whole.”

“A thoughtful, clear and persuasive analysis” (The New York Times Book Review), Why We’re Polarized reveals the structural and psychological forces behind America’s descent into division and dysfunction. Neither a polemic nor a lament, this book offers a clear framework for understanding everything from Trump’s rise to the Democratic Party’s leftward shift to the politicization of everyday culture.

America is polarized, first and foremost, by identity. Everyone engaged in American politics is engaged, at some level, in identity politics. Over the past fifty years in America, our partisan identities have merged with our racial, religious, geographic, ideological, and cultural identities. These merged identities have attained a weight that is breaking much in our politics and tearing at the bonds that hold this country together.

Klein shows how and why American politics polarized around identity in the 20th century, and what that polarization did to the way we see the world and one another. And he traces the feedback loops between polarized political identities and polarized political institutions that are driving our system toward crisis.

“Well worth reading” (New York magazine), this is an “eye-opening” (O, The Oprah Magazine) book that will change how you look at politics—and perhaps at yourself. 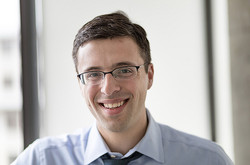 Ezra Klein is the editor-at-large and cofounder of Vox, the award-winning explanatory news organization. Launched in 2014, Vox reaches more than 50 million people across its platforms each month. Klein is also the host of the podcast the Ezra Klein Show, cohost of the Weeds podcast, and an executive producer on Vox’s Netflix show, Explained. Previously, Klein was a columnist and editor at The Washington Post, a policy analyst at MSNBC, and a contributor to Bloomberg.

“Polarization is the story of American politics today. It affects almost every aspect of American political life and has been studied by scholars from many different angles, with dozens of good historical and experimental approaches. Wouldn’t it be great if someone would digest all these studies, synthesize them and produce a readable book that makes sense of it all? Ezra Klein has done just that with his compelling new work, Why We’re Polarized. . . . Powerful [and] intelligent.” —Fareed Zakaria, CNN

"Why We’re Polarized delivers. . . . What Klein adds especially to [is] our understanding of how we got here—why Trump is more a vessel for our division than the cause, and why his departure will not provide any magical cure. . . . A thoughtful, clear and persuasive analysis.” —Norman Ornstein, New York Times Book Review

"Superbly researched and written . . . Why We’re Polarized provides a highly useful guide to this most central of political puzzles, digesting mountains of social science research and presenting it in an engaging form. . . . An overall outstanding volume." —Francis Fukuyama, The Washington Post

"Brilliant and wide-ranging. A book about what just might be our central, perhaps fatal problem. This is the kind of book you find yourself arguing with out loud as you read it and will stick in your head long after you've finished. Absolutely crucial for understanding this perilous moment." —Chris Hayes, host of “All In with Chris Hayes” on MSNBC and author of A Colony in a Nation

“Klein’s careful book explains how different groups of Americans can see politics through such different lenses, examining how various psychological mechanisms allow committed partisans to rationalize almost anything their party does. . . . This book fully displays the attributes that have made Klein’s journalism so successful.” —Dan Hopkins, Washington Post

"Ezra Klein's new book somehow reads as if it were written after the election. For anyone concerned about how polarized we have become—and why—this book is for you." —Andrew Yang, author of The War on Normal People

"Klein writes captivatingly well. Reading Why we’re Polarized is like having a conversation with a brilliant, extremely persuasive friend who has read everything and who is armed with scores of studies that he’s able to distill into accessible bites." —Amy Chua, Foreign Affairs

“Even at his most wonky, a deep strain of humanism runs through [Klein’s] journalism and that infuses his new book, Why We’re Polarized.” —Krista Tippett, On Being

"In this thoughtful exploration of American politics, Ezra Klein challenges the conventional wisdom about why and how recently we've come apart, and suggests that the fantasy of some unified American middle is perhaps at odds with the ongoing fight for truly representational politics. Why We're Polarized makes the compelling case that the centuries-long battle to perfect our union means we were built to be split; Klein's provocative question is whether America's democratic systems and institutions can bear up under the weight of our divides." —Rebecca Traister, New York Times bestselling author of Good and Mad

“Something has gone terribly wrong with American politics in the last decade or so, and Klein gives us the clearest and most comprehensive analysis I have seen. He shows how we entered the realm of political ‘mega identity politics,’ and how feedback loops between our tribal psychology and our rapidly evolving media ecosystem may be driving our democracy over a cliff. The book reviews so many studies that in lesser hands it would earn the label ‘wonkish,’ but Klein’s writing is so good that it is a joy to read, even as you experience a range of negative emotions from what you are reading.” —Jonathan Haidt, Thomas Cooley Professor of Ethical Leadership, New York University—Stern School of Business, author of The Righteous Mind, Co-author of The Coddling of the American Mind

“A timely, thought-provoking debut . . . This precise and persuasive guide helps to make sense of the current state of American politics. . . . Political junkies as well as general readers will learn from his analysis of the U.S. media landscape.” —Publishers Weekly

“Klein’s accessible work is for anyone wondering how we got here; it shows how understanding history can help us plan for the future. . . . By combining political history with social commentary, this book will retain relevancy.” —Library Journal

“By weaving together a composite of group psychological theory and political history in the trademark, rigorously logical style of Vox’s Explainer series, journalism, Klein traces the path of polarization from a time when the Republican and Democratic parties were virtually indistinguishable from each other to today.” —Emma Levy, Seattle Times

"It's been a long time since I learned so much from one book. [Klein] shows just how broken the American political system is." —Rutger Bregman, author of Utopia for Realist

By Ezra Klein
LIST PRICE $17.99
PRICE MAY VARY BY RETAILER