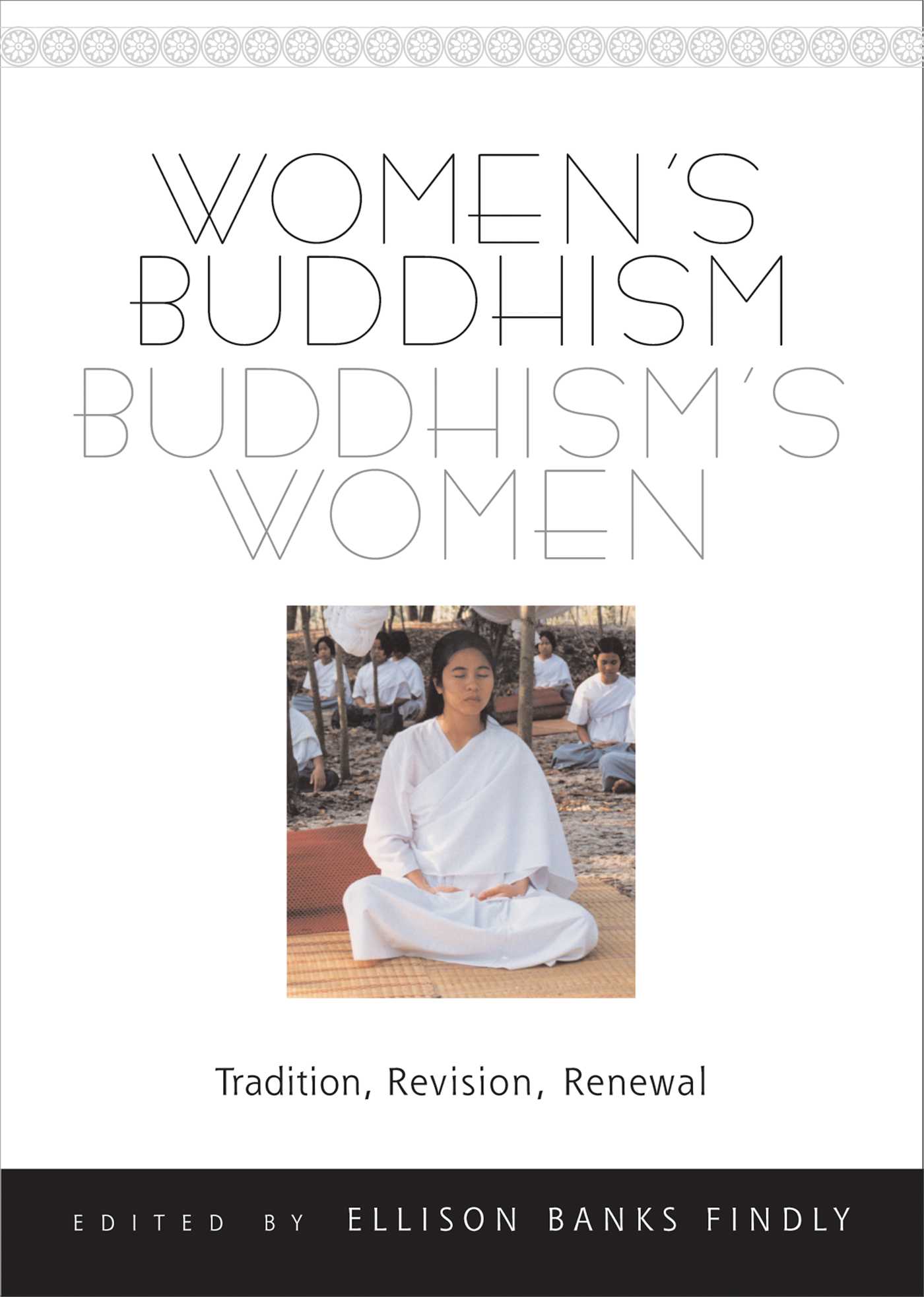 Throughout Buddhism's history, women have been hindered in their efforts to actualize the fullness of their spiritual lives; they face more obstacles to reaching full ordination, have fewer opportunities to cultivate advanced practice, and receive diminished recognition for their spiritual accomplishments.

Here, a diverse array of scholars, activists, and practitioners explore how women have always managed to sustain a vital place for themselves within the tradition and continue to bring about change in the forms, practices, and institutions of Buddhism. In essays ranging from the scholarly to the personal, Women's Buddhism, Buddhism's Women describes how women have significantly shaped Buddhism to meet their own needs and the demands of contemporary life.

"Martine Batchelor, Kate Wheeler, Helena Norberg-Hodge and many others contribute to this moving and erudite anthology that spans traditions and continents as it describes women's influence on the dharma, and the contributions dharma has made to women's lives."

"This impressive collection of essays is testament to the significant and decisive role that women hold in Buddhist culture. It presents a diverse array of scholars, activists, and practitioners who explore Buddhist thought. The essays range from the scholarly to the personal and describe how women have significantly shaped Buddhism to meet their own needs and the demands of contemporary life."

"No other book offers such a rich mix of Buddhist scholars and practitioners from such diverse Buddhist traditions, speaking on such a wide range of topics."

"[An] excellent, thematically arranged collection of essays that tests the hypothesis yhat 'women are playing a significant and even decisive role in the... way Buddhism is changing to meet the needs and demands' of life today. Ranging from the scholarly to the intensely personal, these illuminating papers explore history, ethnography, artistic expression, healing and medical practices, and even the decision to bear children... Highly recommended..."

"This book is filled with fascinating essays on Buddhism and all are focused on the traditions and changes that are taking place specifically for women in the spiritual, social, and political arenas... This book reflects a fascinating cultural spirituality where change can find its place in the deep rituals and traditions of Buddhism... inspiring to women in all walks of life, as it speaks to the fulfillment of personal desires and goals despite the obstacles of ingrained preconceptions and societal rules. At base, it is a book about perseverance, courage, and accomplishment."

"A collection of 31 articles by 27 contributors, most of whom have strong academic credentials, is ably edited by Findly (Trinity College,CT) and presents short biographies, autobiographies, or memoirs of exemplary contemporary women Buddhists. Approaches range from popular to scholarly, but all articles are accessible to the general reader. The entire volume grew out of a conference held at Trinity in 1998 entitled 'Women Changing Contemporary Buddhism.' Perhaps the issue most frequently discussed is the fact that the women's sangha (monastic community) long ago ceased to exist in the Theravada (South Asia) Buddhist area, and many would-be nuns are today seeking either to reestablish it or in other ways gain social and economic support for their spiritual aspirations, as expressed in their quests both for enlightenment and for a meaningful role in service to their religious constituencies. Related is the larger issue of the role of Buddhist women in the rapidly changing societies of Asia and the West, particularly the problem of remaining true to a tradition that is recognized to be embarrassingly patriarchal. These issues are handled with subtlety, passion, and compassion in this useful volume. Recommended for general readers; undergraduates; professionals and practitioners."

"Women's Buddhism, Buddhism's Women is likely to prove one of the seminal works in the history of women's issues in Buddhism. In it a rich mix of mainly 'Western' women Buddhist practitioners from diverse Buddhist traditions speak on a broad range of topics. It is divided into five broad headings: ordination and Sangha; teachers and lineages; political and social change; art and architecture; and body and health. There is a wealth of personal experience and observation here as well as a rich vein of historical studies. The styles adopted range from the 'prophetic' to the visionary to the empowered. It deserves a wider readership than its title would imply."