Clemens Koisis an artist, designer, photographer, and impassioned collector of 20th century design, particularly Austrian. He's spent a great deal of time drawing inspiration from, and scavenging flea markets in, the many cities he's lived in, including Salzburg, Rome, Vienna, and New York City. Brian Janusiak is a designer and a principal at Various Projects, Inc., the New York based multi-disciplinary design studio. He is also the co-founder and co-curator of the retail project, Project No. 8. Carl Auböck IV is an architect, designer, and the current head of the Werkstätte Carl Auböck in Vienna. As the heir, and namesake, to a fascinating family legacy, he also oversees the Carl Auböck Archive, putting together exhibitions and having published two books thus far cataloguing the designs of his prolific forefathers. Sophia Lambrakis is a professional writer, editor, and translator in the fields of film, fashion, food, and design, dividing her time between Europe and the USA. Patrick Parrish is the owner of the Manhattan design gallery Mondo Cane and the creator of the popular blog MONDOBLOGO. He has contributed to Apartamento, Bad Day, and 01 magazines with both his photography and interviews of Martino Gamper, ro/lu, and Project No. 8. He is a collector, a sometimes painter, and always has a camera in his pocket. Michael Boyd is a designer, writer, and collector of vintage modern design. He is the principal of BoydDesign, a firm with an emphasis on furniture, interior, and garden design; it is also a consultancy for the restoration and preservation of modernist architecture, and for collecting modern design. 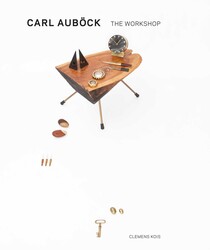