Daniel Paterna has created some of television's most recognizable images; during his career, he has worked with leading content brands including ABC News, AMC, A&E, Disney, ESPN, History, and PBS, earning awards from such institutions as PRINT, Communication Arts, and Promax/International Broadcast Design Association. His design for NBC's coverage of the 1996 Olympics won him an Emmy from The National Academy of Television Arts & Sciences. Paterna was born and raised in the house his grandfather built in Brooklyn, graduated from The Pratt Institute with honors in graphic design, and currently heads his own Brooklyn-based design group. His photography has been on display at the Museum of Modern Art, New York, and the 440 Gallery in Brooklyn. A native New Yorker, Chef Michael Lomonaco has spent his career celebrating the bounty of the American table at some of the city's most iconic restaurants including 21, Windows on the World, Wild Blue, and Guastavino's, before opening Porter House in 2006. Lomonaco is also one of the original Food Network and Travel Channel chef personalities with his shows Michael's Place and Epicurious. Fans can still catch him on TV today, as he makes regular appearances on ABC's The Chew, and The Today Show, among others. Along with Porter House Bar and Grill, Michael is the chef and partner of Center Bar, the sophisticated cocktail lounge also located on the 4th floor of the Time Warner Center. John Turturro is an actor and director whose notable film credits include Do the Right Thing,Barton Fink, Quiz Show, The Big Lebowski, The Truce, O Brother, Where Art Thou?, and Mia Madre. He is the director of six films, including Mac, which was honored with the Camera d'Or at the 1992 Cannes Film Festival, and the upcoming Going Places. On stage, he has appeared in Danny and the Deep Blue Sea, for which has was awarded an OBIE, and Italian-American Reconciliation, La Puta Vida, The Bald Soprano, Steel on Steel, The Resistible Rise of Arturo Ui, and End Game. Turturro is also known for his television roles on Monk, for which he won an Emmy, and most recently HBO's The Night Of, for which he was nominated for a Golden Globe and a SAG award. 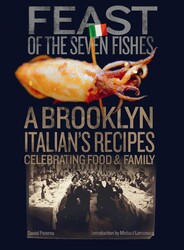