Nicholas Belardes is novelist, journalist, illustrator, memoirist and poet. He's author of Songs Of The Glue Machines (poetry: 2013), Letters From Vegas, Invisible Memoirs: I Speak From My Palms (memoir: 2013), Illustrator of New York Times best selling novel West of Here (2011), author of Random Obsessions (nonfiction, reference: 2009), the first Twitter Lit, Small Places (2008), and Lords, (fiction: 2005). His latest book, A People's History Of The Peculiar will be published by Viva Editions in 2014. His journalism has appeared on the homepage of CNN and his artwork has appeared in Memoir Journal, Knock Literary Magazine and 826 Seattle's What to Read in the Rain (part of acclaimed author and philanthropist Dave Eggers 826 National). Nicholas currently teaches for Random Writers Workshop (RWW). He launched RWW in 2009, a low-cost writing critique, lecture and discussion group open to the public in Bakersfield and Fresno, California. He has most recently taught for Memoir Journal's The (In)visible Memoirs Project, and has taught at Bakersfield College, CSU Bakersfield, the Art Institute of Las Vegas, and has guest lectured at UCLA, BARD College, various museums, libraries, galleries and writing groups. He has performed at the Texas State University's Katherine Anne Porter Literary Center, The Beat Museum, MTV's Rock N'; Read, The Levan Center, art galleries, coffeehouses, pizza houses, bookstores, and more.Caroline Leavitt is the New York Times bestselling author of Pictures of You and eight other award-winning books. She lives in Hoboken, NJ. 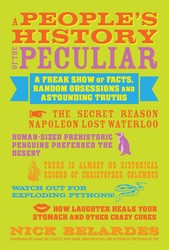 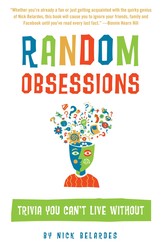