Peter Levenda is a native of the Bronx, New York but has lived or traveled all over the United States and the world in the course of his life, work and research. As an executive with an American telecommunications manufacturer he was based in Kuala Lumpur, Malaysia for more than seven years. Before that he was one of the first Americans to do business (successfully) in China. He has an MA in Religious Studies and Asian Studies from FIU, and speaks a variety of languages (some of them dead). He was briefly detained at the notorious Nazi sanctuary and interrogation center Colonia Dignidad in Chile, in 1979 during the course of research for Unholy Alliance. He has appeared in numerous television programs for the History Channel, the Discovery Channel, National Geographic, and TNT as an expert on Nazi Germany and especially on the extreme religious and esoteric ideas that formed the Nazi worldview. He has interviewed Nazis, neo-Nazis, Klansmen, occultists, CIA officers, and Islamic terrorists in the course of his research and has visited Chinese prisons and military bases; Buddhist temples; Muslim boarding schools in Indonesia; Russian Orthodox monasteries; mosques in Europe, the United States and Asia; the Palestine Liberation Organization; several voodoo hounforts; the former KGB headquarters (Dzherzinsky Square) in Moscow; has been held at gunpoint in Latin America, and celebrated with a state dinner in Beijing. At the age of seventeen he gate-crashed the funeral for assassinated Senator Robert F. Kennedy at St. Patrick's Cathedral in New York City, and led the procession out of the cathedral. (He graduated high school later that month.) He was a member of the same front organization -- a renegade Ukrainian church in the Bronx -- that provided cover for David Ferrie and Jack Martin (suspected co-conspirators in the JFK assassination). In addition, he was an auxiliary police officer for the New York Police Department. His published work has been praised by Norman Mailer, Jim Hougan, Dick Russell, Whitley Strieber, Katherine Neville, and many others. He is or was a member of MENSA, of the American Academy of Religion, of the Association of Former Intelligence Officers, of the Norman Mailer Society, and the T. E. Lawrence Society. 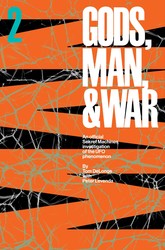 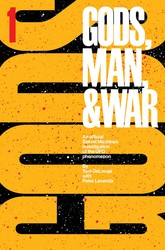 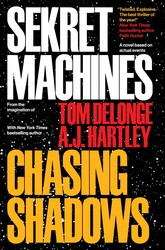