Scout Tufankjian has had photographs published in every major newspaper and news magazine, including Newsweek, Time Magazine, The New York Times, People Magazine, The Guardian, Elle, Esquire, Essence, Men's Vogue, ESPN The Magazine, US News & World Report, Rolling Stone, The Washington Post, BusinessWeek, Portfolio, Fortune, Newsday, The New York Post, the New York Daily News, Slate, The Times of London, Stern, Der Spiegel, and many others. She lives in Brooklyn and has a BA in Political Science from Yale. Tufankjian's web presentation of her Obama photos has had more than 11 million views to date, making it one of the most trafficked photographer's sites ever. 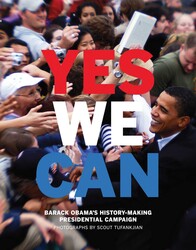