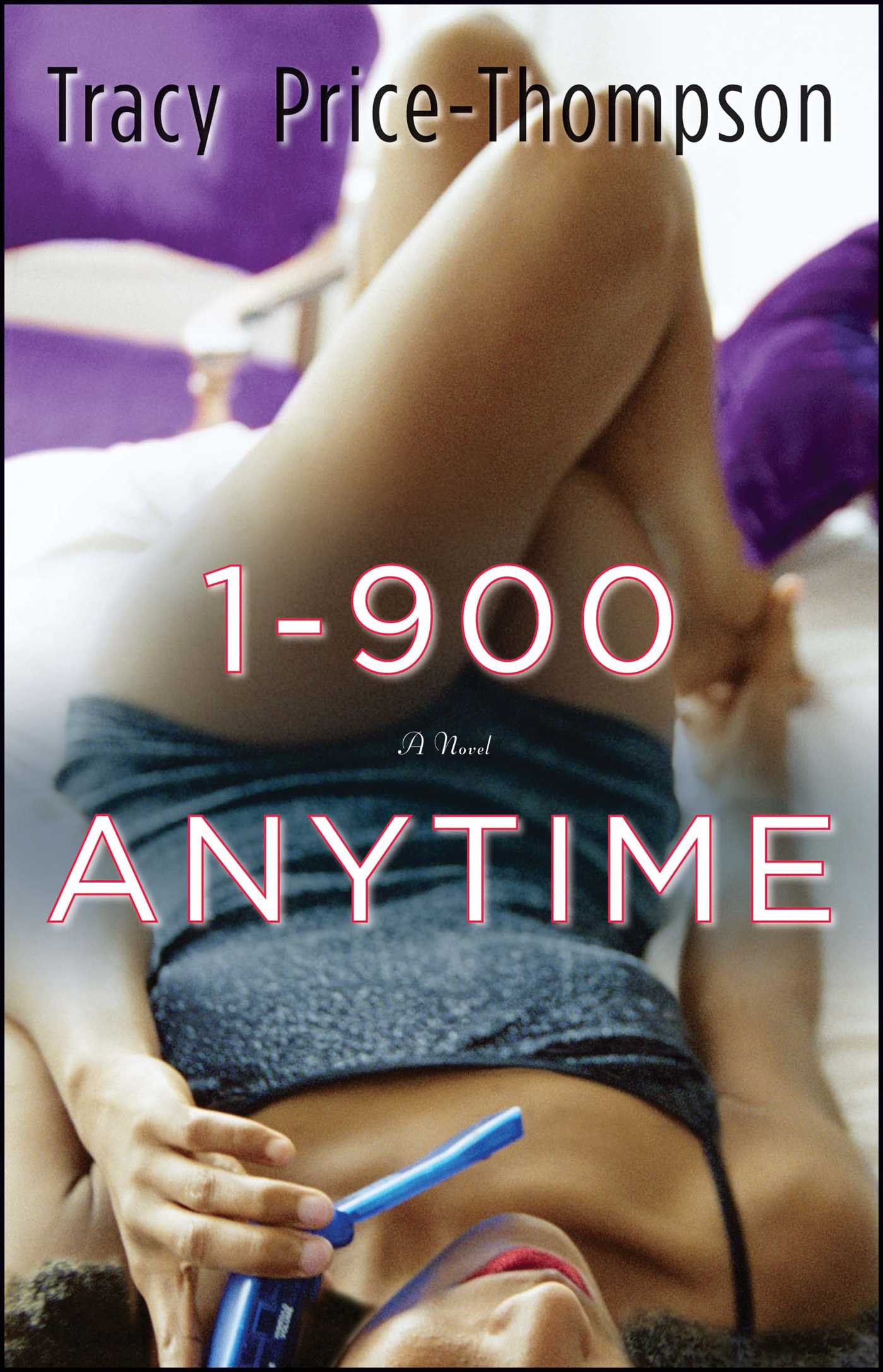 From the award-winning, nationally bestselling African-American author Tracy Price-Thompson, a sexy, thrilling new novel featuring a working woman whose obsessive clients are determined to get her all to themselves.

Bessie held her breath along with the rest of Ebenezer Southern Baptist’s congregation as a white-smocked usher pushed a wheelchair slowly down the center aisle between several uneven rows of rickety folding chairs. It was hot and crowded under the small revival tent, and some of the younger members had been forced to drag their chairs out onto the perimeter grass and expose themselves to the blazing Alabama sun.

Bessie sat with her knees pressed together in a makeshift second-row pew. She and her sixty-eight-year-old sister Nett had been organizing the church’s annual visiting choir event for the past thirty years, and after an entire weekend spent in fellowship with nearly a hundred saints who had traveled from the surrounding bottom communities, her spirit and faith were nourished and restored.

Sweat trickled down Bessie’s back and between her large breasts as she worked to stir up a breeze with a funeral parlor fan. For the past two days Ebenezer’s congregation had been entertained by several organists and countless visiting preachers and singers, many of whom had garnered a small bit of fame for their foot-stomping, down-home gospel performances.

But according to the strange woman who had telephoned Bessie requesting wired money to bring her singer all the way from New York City, there was a singing saint making her way around the church circuit who could knock grown men to their knees and flood churchgoing eyes with righteous tears. The woman had insisted that her singer be scheduled to appear last on their program and had promised she would give them a gospel show that was worth paying and waiting for.

“I gotta pee,” Bessie leaned over and whispered to her younger sister. The air was abuzz with anticipation and the congregation was unusually chatty. The influx of outsiders in these low country bottomlands was always a cause for excitement.

Nett frowned and angled her head. “What in the heck you reckon they got under that blanket?” She pointed toward the aisle, her eyes never leaving the strange entourage that had just made its way down to the pulpit. “What in God’s world is that?”

Bessie craned her neck and stared at the wheelchair. A small form had been shrouded in the most beautiful hand-spun yellow blanket she’d ever seen. It looked like just a lump of something fleshy was underneath. Nothing was visible except a small pair of sock-covered feet, and in the blistering heat of the tent Bessie could have sworn those jokers were turned around backward.

Ignoring her bladder, Bessie watched closely as Pastor and Mother Williamson welcomed the group to the pulpit with broad smiles and open arms. Hank Brown took his fingers off the organ keys, and that high-yella Mabel Dinkins had the nerve to pirouette in her green whorehouse skirt as she handed the woman from New York a staticky microphone and grinned.

“Little Bertha thanks you,” was all the handsome woman said before passing the microphone right back to Mabel. She stood behind the wheelchair calmly for a few moments, her eyes raking over the expectant congregation. She was cream colored with a mass of silver hair that had been hard pressed and hung around her shoulders. She had the air of a woman who had once been very beautiful and had grown accustomed to eager, appreciative eyes.

“Well,” she finally said, “I s’pose y’all been waitin’ long enough.” She gave them a small smile, and then without another word she reached down and snatched the yellow blanket off the wheelchair and exposed a sight so horrific that all hell broke loose in the house of the Lord.

A woman screamed down front and Bessie Morgan started peeing right where she sat.

Mabel Dinkins was on the move. Her fat arms flailed in the air in front of her as her thighs jiggled and her green skirt rose. She reached across Mother Williamson and grabbed a jug of holy water and started slinging it in every direction.

Hank Brown had never been what you would call a strong man, and it wasn’t surprising when he leaned over his organ bench and threw up his dinner.

Chaos had come down on Ebenezer Baptist. A few bold boys ran outside to find sticks, while many of the younger children who had been sitting out on folding chairs were now crying and fleeing across the field, further down into the valley.

Bessie sat paralyzed as the woman from New York stood calmly behind the abomination, drenched in holy water as she held one hand high in the air. Folks were knocking over chairs as they rushed toward the back of the tent, and then the most incredible sound pierced the air, freezing every one of them in their tracks.

“A-a-a-mazing grace … how sweet the sound. Th-a-aat saved a wretch like meeee …”

It was a siren so sweet, so pure, that Bessie, like the others, was stricken deep in the pit of her soul. Nett gasped and went stiff beside her, and Bessie wanted to fling herself to the ground and weep at the beauty that was falling from the mouth of what she could now clearly see was a very young girl, just past a toddler really, of no more than three or four.

“I once was lost but now I’m found. Was blind, but now I seeeeee …”

The child’s head was huge and misshapen and positioned at the wrong angle on her narrow shoulders. Her right eye was missing and most of her facial skin looked raw and painful. She sang from a mouth whose upper jaw lay exposed in part, and her nose was a mere two slits that sat flat on her face.

Bessie was riveted, under a spell. The deformed little girl was like a pied piper. She spread her horrible lips and rang out with a voice that was holy and undeniable. She seduced them with her painful, enchanting song, and the congregation was held captive by her charms, forced to return to their seats as she baptized them in a spellbinding rendition of an old gospel tune that on this day had been reborn.

“Sang, baby!” Someone called out from the back of the tent. “Sang!”

Bessie could only stare. Little Bertha’s twisted body had been clothed in all yellow. Her upper torso leaned left as her hips seemed to shift way right. Her feet were not turned backward as Bessie had first thought, but neither were they oriented for forward movement. Not that the child could have dragged her monstrous form anywhere without that wheelchair, Bessie knew. Her stumpy legs looked like they’d stopped developing early in the embryo stage and her neck seemed too frail to support the weight of her oversized head as it lolled toward her left shoulder, her chin touching her chest.

“That poor baby is beautiful,” Nett whispered, her loving words coming in direct opposition to the disgust and repulsion that clearly showed on her face. Bessie turned to her sister and nodded. The entire congregation was similarly stricken. Their eyes may have been bulging with disgust and revulsion, but their hearts … their hearts and souls had surely been won. 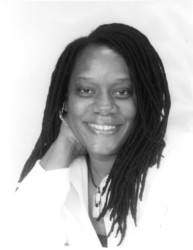 Tracy Price-Thompson is the national bestselling author of the novels, Black Coffee, Chocolate Sangria, A Woman's Worth, Knockin' Boots, Gather Together in My Name, and 1-900-A-N-Y-T-I-M-E. Tracy is a highly decorated Desert Storm veteran who graduated from the Army's Infantry Officer Candidate School after more than ten years as an enlisted soldier. A Brooklyn, New York, native who has traveled extensively and lived in amazing places around the world, Tracy is a retired Army Engineer officer and Ralph Bunche graduate Fellow who holds a bachelor's degree in Business Administration and a master's degree in Social Work. Tracy lives in Hawaii with her wonderfully supportive husband and several of their six bright, beautiful, incredible children.