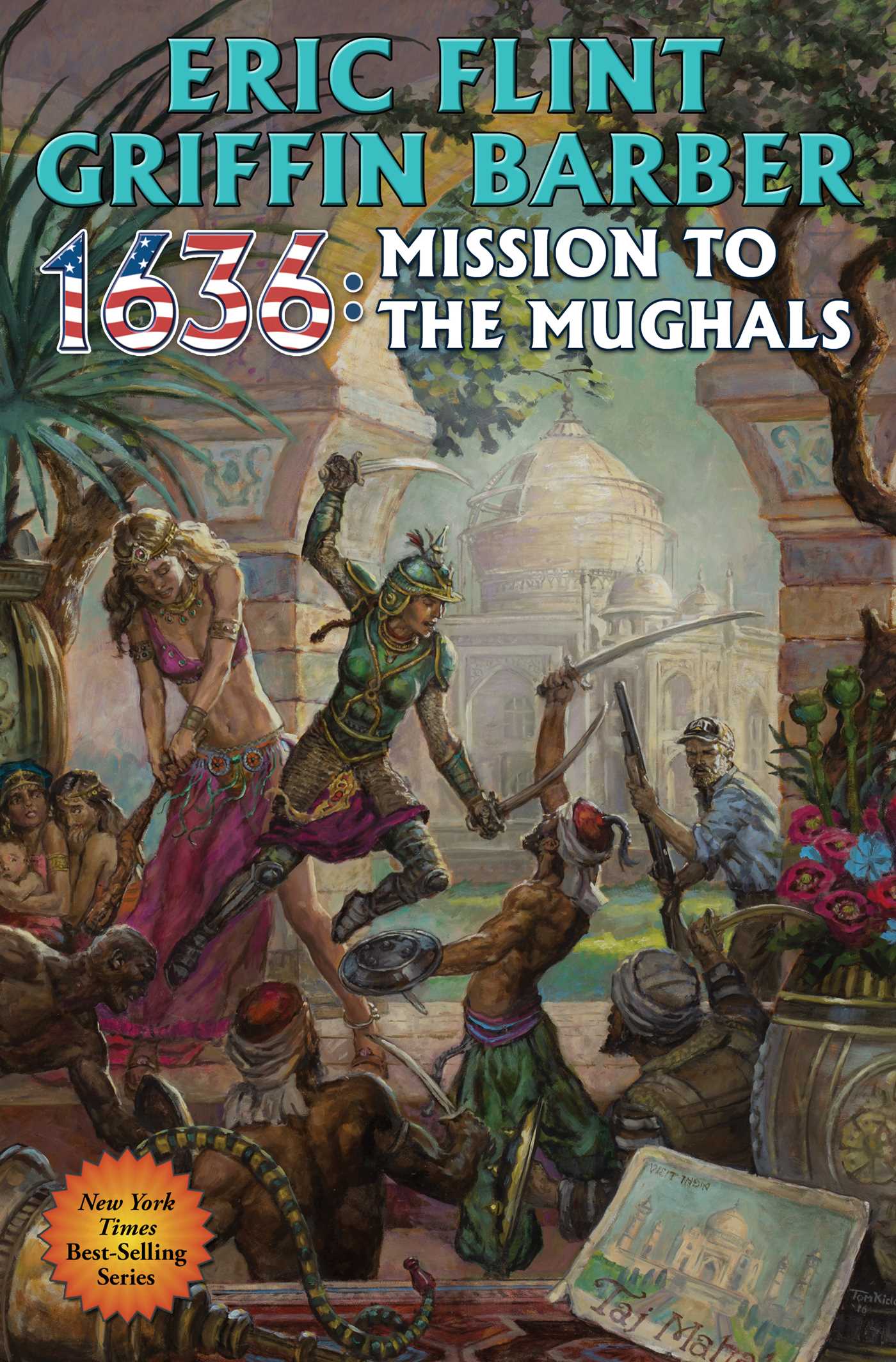 The latest entry in the multiple New York Times best-selling Ring of Fire series created by Eric Flint. After carving a free state for itself in war-torn 17th century Europe, citizens of the modern town of Grantville, West Virginia go on a quest for the makings of medicines that have yet to be invented in 17th century Europe.

The United States of Europe, the new nation formed by an alliance between the Swedish king Gustavus Adolphus and the West Virginians hurled back in time by a cosmic accident—the Ring of Fire—is beset by enemies on all sides. The U.S.E. needs a reliable source of opiates for those wounded in action, as well as other goods not available in Europe. The Prime Minister of the U.S.E., Mike Stearns, sends a mission to the Mughal Empire of India with the aim of securing a trade deal with the Mughal emperor, Shah Jahan.

The mission consists of a mixed group of up-timers and down-timers, including paramedics, a squad of soldiers with railroad-building experience, a spy and a pair of swindlers. On reaching India the mission finds a grieving emperor obsessed with building the Taj Mahal, harem-bound princesses, warrior princes, and an Afghan adventurer embroiled in the many plots of the Mughal court.

The emperor’s sons are plotting against each other and war is brewing with the newly risen Sikh faith. But in the midst of these intrigues, the U.S.E. mission finds a ally: the brilliant and beautiful Jahanara Begum, the eldest daughter of Shah Jahan. She is the mistress of her father's harem and a power in her own right, who wishes to learn more of these women who are free in a way she can scarcely comprehend.

When the Emperor learns of what befalls his empire and children in the time that was, he makes every effort to change their fate. But emperors, princesses, and princes are no more immune to the inexorable waves of change created by the Ring of Fire than are the Americans themselves.

About Eric Flint's groundbreaking Ring of Fire series:
“This alternate history series is . . . a landmark…”—Booklist

“Building to an exhilarating conclusion, this book cries out for a sequel.”—Publishers Weekly

“The whole crew from Flint and Spoor's Boundary are back . . . Tensions run high throughout the Ceres mission . . . a fine choice for any collection.” —Publishers Weekly on Threshold

“[P]aleontology, engineering, and space flight, puzzles in linguistics, biology, physics, and evolution further the story, as well as wacky humor, academic rivalries, and even some sweet romances.” —School Library Journal on Boundary

Eric Flint is a modern master of alternate history fiction with 3 million books in print. He’s the author/creator of the multiple New York Times best-selling Ring of Fire series, starting with first novel 1632. With David Drake he has written six popular novels in the Belisarius alternate Roman history series, and with David Weber he has collaborated on 1633 and 1634: The Baltic War, as well as four novels in Weber's Honorverse series. Flint was for many years a labor union activist. He lives near Chicago, Illinois.

Griffin Barber spent his youth in four different countries, learning three languages, and burning all his bridges. Finally settled in Northern California with a day job as a police officer in a major metropolitan department, he lives the good life with his lovely wife, crazy-smart daughter, needy dog, and indifferent cat.  He is the author, with Eric Flint, of1636: Mission to the Mughals.

More books in this series: Ring of Fire