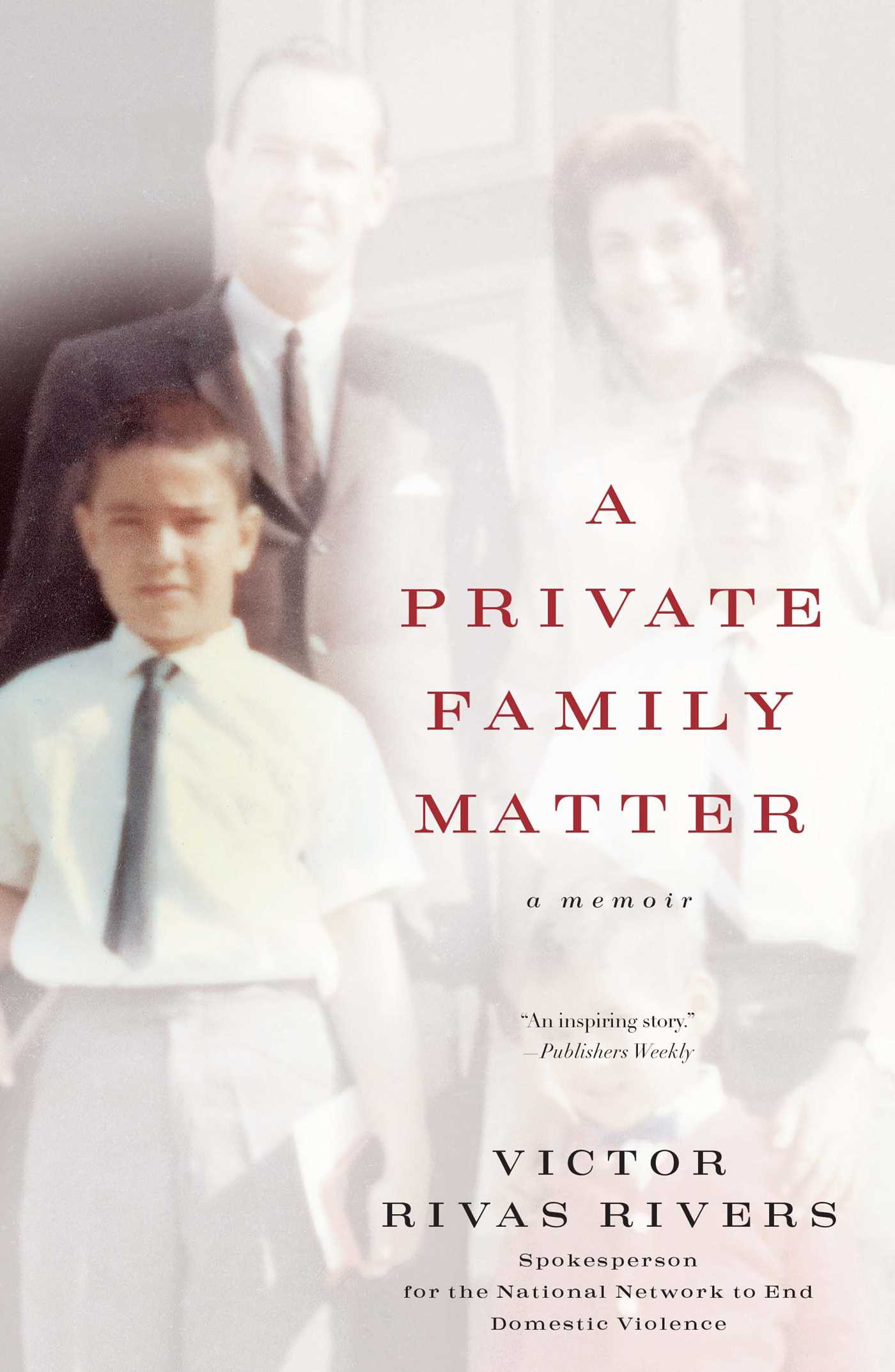 The heart-breaking, yet powerfully uplifting story of a family in crisis, and how one man rises from the shadow of a violent, brutal father to become a shining example of transcendance.

This is a story about how I was saved by love, at a time when most people considered me beyond rescue.

So begins Victor Rivas Rivers in this powerful chronicle of his escape from the war zone of domestic violence—too often regarded as a “private family matter”—and his journey toward independence, recovery, and renewal.

In A Private Family Matter, Victor recalls his days as an angry youth living under the rule and wrath of his father. A Cuban immigrant, Victor's dad was nicknamed El Ciclón for his tempestuous temperament, which led him not only to beat his wife but to abuse—and eventually kidnap—his own children. How Victor managed to seek help for his family and criminal punishment for his father, overcome his demons and learn to love himself, and share his experience with other victims and survivors of domestic abuse is at the heart of this profound and affecting memoir.

Reading Guide
A Private Family Matter
By Victor Rivas Rivers
Introduction:
"This is a story about how I was saved by love at a time when most people considered me beyond rescue," begins Victor Rivas Rivers in this powerful chronicle of how he escaped the war zone of domestic violence--too often regarded as a "private family matter"-- and went on to become a good man, a film star, and a prominent activist.
The Cuban-born author begins by recalling when he was kidnapped, along with three of his siblings, by his own father, who abandoned Victor's pregnant mother and took the children on a cross-country hell-ride that nearly ended in a fatal collision. This journey of survival portrays with riveting detail how, instead of becoming a madman like his father, Victor was saved by a band of mortal angels. Miraculously, seven families stepped forward, along with teachers and coaches, to empower him on his road from gang member to class president, through harrowing and hilarious football adventures at Florida State and with the Miami Dolphins, to overcoming the Hollywood odds and becoming a champion for all those impacted by domestic violence.
Though at times Victor's odyssey is heartbreaking and disturbing, A Private Family Matter is ultimately a triumphant testament to humanity, courage, and love. Profound and poignant, it is a compelling memoir with a cause. Victor Rivers's way of thanking all the angels and advocates who made a difference in his life is by trying to make a difference in all of ours.
Questions for Discussion:
1. Victor begins his story with a description of his coming-of-age, an event "marked by our crossing of the road's graveled edge as our overloaded brown-gold '63 Impala station wagon sped out of control toward the dark rocky ravine beyond the gravel." What about this moment is so pivotal for Victor?
2. Victor notes several times that, although he received the lion's share of his father's violence, the other members of the family suffered in different ways. Discuss the ways each member of the family is impacted by "el caballero." In particular, how do Tony and Victor's roles as "First Son" and "Second Son," respectively, affect their experience?
3. What does the fate of Victor's brother Robert tell us about both the state of the Rivas family and the treatment of children with special needs in the 1960s?
4. As he relates her history, Victor describes his mother as "the embodiment of Cuba," and in many ways the island's history may be seen as analogous to Olga's life. What role does Cuba and its tumultuous history play in the Rivas's family drama?
5. Describing his antagonistic relationship with a coach at FSU, Victor writes, "his militant approach was to rid us of our individuality, and that touched off a nerve that reminded me just too much of Papi." How does Victor's relationship with his father affect his later relationships, especially to older men?
6. Describe the role that sports play in the transformation of Victor's life. Why do you think sports, especially football, hold such an attraction for him as an adolescent?
7. As a young child, Victor frequently gets in trouble, both at school and at home. For which kind of behavior is he most often punished? Knowing that he will suffer the consequences, why do you think he engages in this kind of behavior?
8. Discuss the significance of the appearance of Victor's father's ghost, years after his suicide, when Victor returns to Miami in the late '80s.
9. Victor mentions two celebrities whom he fantasized about having as his father - John F. Kennedy and Gregory Peck in To Kill a Mockingbird. What does the young Victor see in these two figures?
10. Many factors contribute to Victor's recovery from his brutal childhood: among them, his involvement in sports, the constant love of his mother, help from friends and advocates, and becoming a husband and father himself. Which factor or factors do you think were most important in transforming Victor's life? At which moments do you see this transformation most clearly?
Enhance Your Book Club:
1. Hold a bake sale, garage sale, or other fundraiser to raise money for a local or national program for domestic violence prevention. A good place to start is the National Network to End Domestic Violence: www.nnedv.org.
2. If you are the leader, host your book club meeting over a traditional Cuban dinner - arroz con pollo and lechón are among the traditional Cuban dishes Olga Rivas prepares in A Private Family Matter. Find recipes at www.tasteofcuba.com.
3. Follow your discussion with a screening of one of Victor Rivas Rivers' films. See him in The Distinguished Gentleman, The Mask of Zorro, or Blood In, Blood Out. 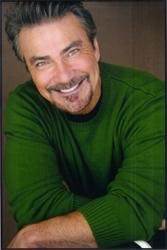 Victor Rivas Rivers, a veteran actor who has starred in more than two dozen films (including The Mask of Zorro, The Distinguished Gentleman, and Blood In, Blood Out), is the spokesperson for the National Network to End Domestic Violence. He lives in Los Angeles with his wife and son.

"An inspiring story of emergence from isolation and despair into love and community with passion, optimism, and tenderness." -- Publishers Weekly

"A story filled with integrity, courage, and humanity -- all the things that exemplify Mr. Rivers." -- Andy Garcia

"Victor's contribution to the movement to end domestic violence is unparalleled. . . . He serves as a role model for men and a ray of hope for all victims of abuse." -- Lynn Rosenthal, Executive Director, National Network to End Domestic Violence

"A document of [Rivers's] soul's triumph over cruelty." -- Eve Ensler