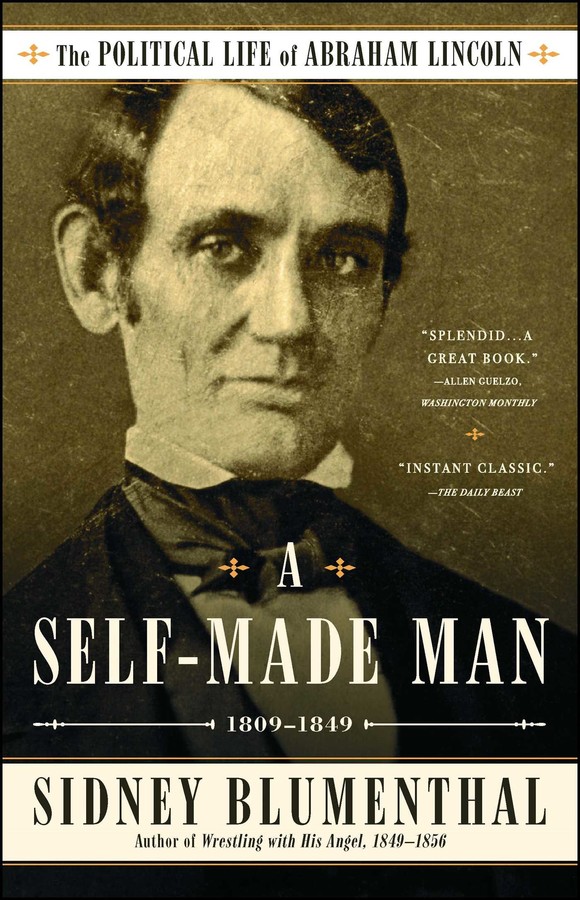 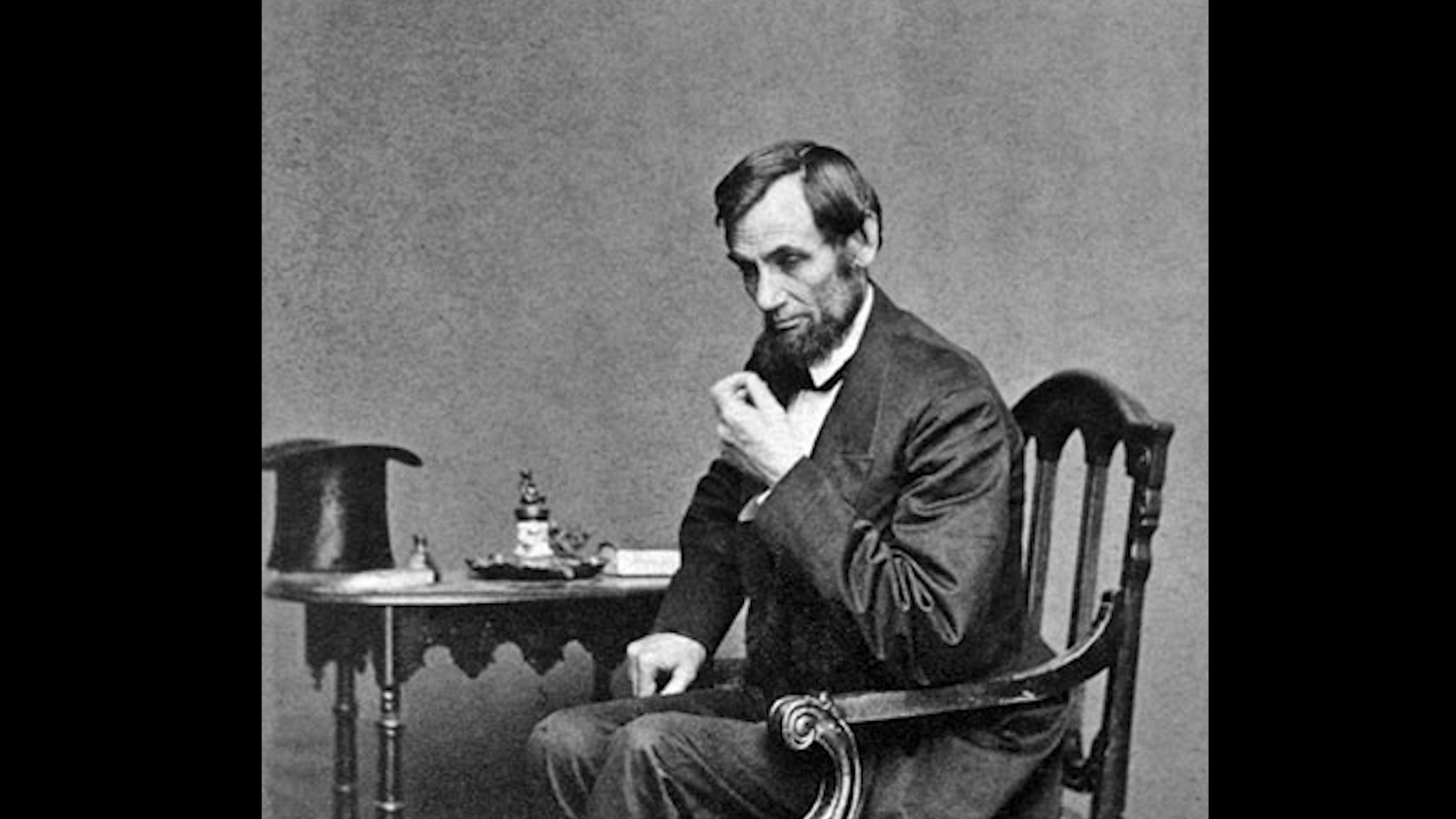 The Political Education of Abraham Lincoln

A Self-Made Man
By Sidney Blumenthal
Read by Arthur Morey

Book #1 of The Political Life of Abraham Lincoln
By Sidney Blumenthal
LIST PRICE $13.99
PRICE MAY VARY BY RETAILER

The first in a sweeping, multi-volume history of Abraham Lincoln—from his obscure beginnings to his presidency, death, and the overthrow of his post-Civil War plan of reconciliation—“engaging and informative and…thought-provoking” (The Christian Science Monitor).

From his youth as a voracious newspaper reader, Abraham Lincoln became a free thinker, reading Tom Paine, as well as Shakespeare and the Bible. In the “fascinating” (Booklist, starred review) A Self-Made Man, Sidney Blumenthal reveals how Lincoln’s antislavery thinking began in his childhood in backwoods Kentucky and Indiana. Intensely ambitious, he held political aspirations from his earliest years. Yet he was a socially awkward suitor who had a nervous breakdown over his inability to deal with the opposite sex. His marriage to the upper class Mary Todd was crucial to his social aspirations and his political career. “The Lincoln of Blumenthal’s pen is…a brave progressive facing racist assaults on his religion, ethnicity, and very legitimacy that echo the anti-Obama birther movement….Blumenthal takes the wily pol of Steven Spielberg’s Lincoln and Doris Kearns Goodwin’s Team of Rivals and goes deeper, finding a Vulcan logic and House of Cards ruthlessness” (The Washingtonian).

Based on prodigious research of Lincoln’s record, and of the period and its main players, Blumenthal’s robust biography reflects both Lincoln’s time and the struggle that consumes our own political debate. This first volume traces Lincoln from his birth in 1809 through his education in the political arts, rise to the Congress, and fall into the wilderness from which he emerged as the man we recognize as Abraham Lincoln. “Splendid…no one can come away from reading A Self-Made Man…without eagerly anticipating the ensuing volumes.” (Washington Monthly). 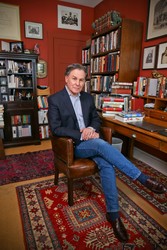 Sidney Blumenthal is the acclaimed author of A Self-Made Man and Wrestling with His Angel, the first two volumes in his five-volume biography, The Political Life of Abraham Lincoln. He is the former assistant and senior adviser to President Bill Clinton and senior adviser to Hillary Clinton. He has been a national staff reporter for The Washington Post and Washington editor and writer for The New Yorker. His books include the bestselling The Clinton Wars, The Rise of the Counter-Establishment, and The Permanent Campaign. Born and raised in Illinois, he lives in Washington, DC.

“Splendid . . . Blumenthal’s work of building the context for Lincoln’s political activism in the presidential elections of 1836 through 1848 is a miracle of detail and his six chapters on Lincoln as a congressman in antebellum Washington are worth the price of the book alone. . . . Never have we had such an exquisite warp of the ins and outs of political life in the 1830s and ’40s laid across the weft of Lincoln’s individual trajectory. Rarely has a Lincoln biographer come to his task with such elegance of style. . . . Here is a great book, on a theme that too many people disdain to regard as great. That they are wrong about the theme, and wrong about Lincoln, is the burden of Blumenthal’s labor, and no one can come away from reading A Self-Made Man without understanding that, or without eagerly anticipating the ensuing volumes.”

“Terrific . . . The Lincoln of Blumenthal’s pen is a cunning Whig floor leader in Illinois, a brave progressive facing racist assaults on his religion, ethnicity, and very legitimacy that echo the anti-Obama birther movement. . . . Blumenthal takes the wily pol of Steven Spielberg’s Lincoln and Doris Kearns Goodwin’s Team of Rivals and goes deeper, finding a Vulcan logic and House of Cards ruthlessness.”

“Engaging and informative . . . lively . . . full of thought-provoking observations about the factors that went into Lincoln's makeup.”

“A terrific read, teeming with 19th-century life, from the down and dirty politics of 1830s Illinois to Lincoln’s single term in Congress at the end of the 1840s.”

“Lincoln again? Not to worry. Just stand back and let this first volume of a planned four-volume treatment reveal its glowing qualities. . . . A fascinating perspective during a presidential election cycle.”

"In beautiful style…Blumenthal’s Lincoln is a terrific read. I can’t wait for the next volume."

“Engrossing . . . Blumenthal takes the reader deep into Illinois and national politics to locate the character and content of Lincoln's ideas, interests, and identity, and to understand his driving ambition to succeed in law and politics. . . . [Blumenthal] effectively shows that the president's Illinois was a proving ground for the politics of expansion, economic development, nativism, anti-Mormonism, and slavery that both reflected and affected national concerns.”

“A tremendous historical and political contribution.”

“No one would have guessed that it would be Lincoln who emerged to save the union, abolish slavery and preserve American democracy. Future volumes of Blumenthal's engaging and well-crafted biography promise to show why.”

“In this compelling first volume of what will no doubt be a landmark biography of perhaps our greatest president, Sidney Blumenthal brings his formidable storytelling and analytical gifts to the task of creating a lasting portrait of Lincoln. In this Blumenthal succeeds wonderfully well, giving readers an engaging, clear-eyed, and insightful account of Lincoln's early years, clearly charting the sixteenth president's intellectual and political development. The book is at once timely and timeless.”

– Jon Meacham, author of Destiny and Power and Thomas Jefferson

“Sidney Blumenthal’s A Self-Made Man provides an intricate network of personal detail about the first forty years of our sixteenth president. Compelling, deeply researched, and superbly written, it provides a definitive account of how Lincoln became the man he was.”

“Sidney Blumenthal has brought us a vivid, riveting, beautifully-written and strikingly original portrait of America's greatest President during his early years, which enhances both our understanding and admiration of how this truly self-made man ultimately became one of the towering leaders of all time.”

– Michael Beschloss, author of "Presidential Courage: Brave Leaders and How they Changed America, 1789-1989"

“With riveting prose, solid command of the sources, and a genius for conveying time, character, and atmosphere, Sidney Blumenthal has accomplished the unimaginable: he has crafted an extraordinarily fresh account of the rise of Abraham Lincoln, master politician. I don’t think there is a better, more eminently readable account of Lincoln’s political rise in the entire literature.”

– Harold Holzer, winner of the Gilder Lehrman Lincoln Prize, author of Lincoln and the Power of the Press

“A veteran of modern political wars, Sidney Blumenthal has written an astute account of Lincoln the politician whose apprenticeship in that profession was a necessary prelude to his greatness as a statesman in the Civil War. Set in context of the transition in national political issues from the Second Bank of the U.S. and the tariff in the 1830s to the Mexican War and slavery by the end of the 1840s, this book offers new insights into Lincoln's life and career.”

– James McPherson, author of The War that Forged a Nation

“Illuminating . . . Blumenthal’s greatest contribution is, as the book’s subtitle indicates, putting Lincoln the politician in bas-relief. . . . Blumenthal provides greater perspective and emphasis on perhaps the preeminent politician in American history. . . . instant classic . . . [Blumenthal] writes with a boldness as if no one has written on Lincoln before.”

“Well-written and fast-paced . . . a joy to read . . . more than a biography of Lincoln. It is really a “life and times” treatment of the first 40 years of Lincoln’s life.”

“Reads like a conversation with those who knew Lincoln . . . a compelling read.”

“A magnificent look at 19th century American political, economic, and cultural history, with understated but impressive resonance for our current day.”

Book #1 of The Political Life of Abraham Lincoln
By Sidney Blumenthal
LIST PRICE $13.99
PRICE MAY VARY BY RETAILER

More books in this series: The Political Life of Abraham Lincoln