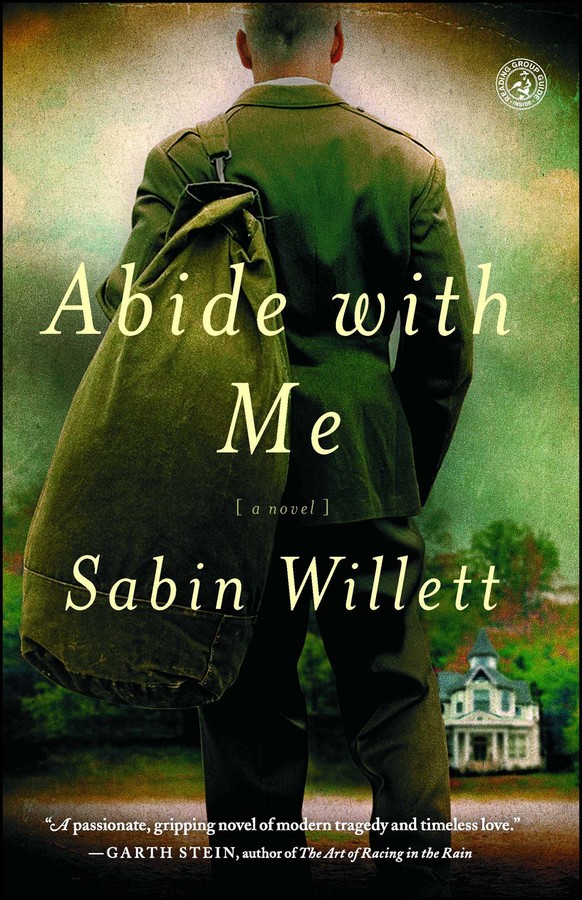 By Sabin Willett
LIST PRICE $5.99
PRICE MAY VARY BY RETAILER

In this novel inspired by Wuthering Heights, a small town bad boy forged by the fires of Afghanistan returns home, still burning with a romantic obsession nothing can quench.

A small-town bad boy, forged into a man in the fires of Afghanistan, returns home, still burning with a romantic obsession nothing can quench.

As the fog lifts one morning, a lone soldier is walking home. Who is he? The sleepy, gossipy town of Hoosick Bridge, Vermont, has forgotten him, but it will soon remember. He is Roy Murphy, returning to face his violent, complicated reputation. Returning to Emma Herrick, descendant of Hoosick Bridge’s first family, who occupies its grandest, now decaying, house: the Heights.

Their intense and unlikely adolescent romance provided scandalous gossip for the town. The young lovers escaped Hoosick Bridge, but Emma remained Roy’s obsession long after they parted. Now Roy returns from Afghanistan a changed and extraordinary man who will stop at nothing to obtain a piece of the Herricks’ legacy.

By clicking 'Sign me up' I acknowledge that I have read and agree to the privacy policy and terms of use. Free ebook offer available to NEW CA subscribers only. Offer redeemable at Simon & Schuster's ebook fulfillment partner. Must redeem within 90 days. See full terms and conditions and this month's choices.
This reading group guide for Abide With Me includes an introduction, discussion questions, ideas for enhancing your book club, and a Q&A with author  Sabin Willett . The suggested questions are intended to help your reading group find new and interesting angles and topics for your discussion. We hope that these ideas will enrich your conversation and increase your enjoyment of the book.

Introduction Neither the fires of the war in Afghanistan nor the ongoing tragedy of life at the Heights can extinguish the spark ignited between Roy Murphy and Emma Herrick. In spite of their vastly different worlds, they are inextricably connected and unavoidably drawn into a hurricane of fatal attraction that will forever change everyone in its path. Inspired by Wuthering Heights, Abide with Me is an epic love story that will not let you go.


1. On page 38, the captain tells Roy Murphy: “Murphy, we’re not different. Where it counts, I think we’re the same, you and me.” In what ways are they the same? What qualities do they share? In what ways is this statement a theme throughout the book?

2. Which character do you identify with the most or like the most? What are some of that character’s strengths? How does that character change or grow throughout the story? Is there a fatal flaw?

3. On page 64, Emma Herrick says about Roy Murphy: “I followed him from Pine Cobble School in the fifth grade. I went down to the Hoosick in the seventh grade hoping he might be there. Why on my prom night am I still following him?” Describe why you think Emma keeps being drawn to Roy Murphy. In what ways are they similar? In what ways are they both orphans?

4. As a high school senior, Roy Murphy describes Juvie as one of the best things that happened to him so far in his life. What does Juvie give him that he never had? Has there ever been a situation in your life that you assumed would be punishing or painful but that ended up being an unexpected gift?

6. What role does poetry play in the life of Captain Dickinson? How is it both an appropriate and absurd part of life at Firebase Montana?

7. What does Roy lose when Captain Dickinson is shot? Describe the irony in the scene of the shooting.

8. There is much speculation about Roy’s motives for returning to Hoosick Bridge after his time in Afghanistan. Why do you think he came back?

9. What do you think the author had in mind by bringing together Roy Murphy, Emerson Rodriguez, and Emma Herrick as seventh grade friends?

10. Tom Herrick’s “personal vortex of avoidance” is something Emma is determined to change in her own life. Do you think she succeeds where her father failed? Have you ever vowed to forge a certain path after being disappointed or hurt? How did it work out?

11. What role does Izzy play? Given Roy’s seemingly single-minded focus after he returns to Hoosick Bridge, why do you think he allows her into his life? In what ways are they caught in the same struggle?

12. Describe Roy’s strategy of staying disconnected from people in the United States while in Afghanistan so that he can be “all there.” In what ways is this both beneficial and harmful? Did reading this story heighten your sensitivity to the trauma that soldiers undergo, both during their active duty as well as upon their return?

13. Describe the irony of the process by which Roy acquires the Heights.

14. How does Roy’s decision to “never leave one of the squad behind” affect you? What does it reveal about his character? Do you think someone who grew up at the Heights (as opposed to the Park) would have made the same decision? What would you have done?

15. Do you identify more with the Heights or the Park? What are the unexpected challenges and virtues of each?

16. How do you feel about the way the story ended? How has Emma changed?

1. Invite a soldier who fought overseas to visit your book club to share his or her experience of serving as a soldier and of reentering civilian life.

2. Read Wuthering Heights. Compare and contrast its characters and plot with those of Abide with Me.

3. Watch the Band of Brothers miniseries and discuss the impact, both positive and negative, that fighting in a war together has on the soldiers.


A Conversation with Sabin Willett

What was the inspiration for writing Abide with Me?

There were many. I wanted to write a serious love story—I had not done that before. Meeting young soldiers in Guantánamo triggered something in me, and some of the nights there found their way into episodes. The bowl of night, for example. The stars in Cuba are astonishing on a clear night, and I remember on a lonely night there being reminded of the first quatrain in Omar Khayyam—that in turn led me to picture a night in a mountain firebase, where a lonely soldier studies the stars. Williamstown, Massachusetts, suggested to me a look and feel of the Heights itself. Emma I created, but where creations like her come from, I can’t say.

Have you been to Afghanistan?

What character did you most enjoy developing as the story unfolded?

It would be Emma, I suppose. I enjoyed them all, but it took time for Emma’s personality to grow for me from remote and numinous to real, injured, and determined.

Who are some of your favorite poets? Do you regularly read poetry?

I do love poetry. I recommend Fitzgerald’s translations of Omar to anyone—they are marvelous. I enjoy Wordsworth, Tennyson, Eliot. Recently I have come to know Derek Walcott. His Omeros is staggering.

What compels you to advocate for the Uighur prisoners at Guantánamo Bay?

I got into that case mainly because the idea of sanctioned torture was abhorrent to me, and the idea of a prison beyond law equally so. Once I met the clients, the injustice riveted me, and it became very personal.

If you could make one change to the process by which soldiers reenter civilian life after returning from war, what would it be?

I don’t have a good answer to this question. The transition to civilian life is too abrupt for most to manage, but I don’t know what would improve that other than a national resolve never to go to war except where there is an existential crisis. I think what bewilders many soldiers is the idea that their return is unremarked, just as their experience in the war was unimportant to the people back home. That may be the intolerable thing.

What was the most challenging part of writing this story?

Trying to get Afghanistan right.

What kind of books do you enjoy reading?

When do you find time to write novels in the midst of your career as a lawyer?

Time is never found—it has to be made. I find a daily discipline of writing—but not too much—is helpful.

It’s been ten years since your last novel (Present Value) was published. Did you miss writing?

Yes. From 2005 to 2010, I found that Guantánamo quite consumed my imagination. I believe I’m back now.

When did you first read Wuthering Heights and how did it affect you?

I read it in school. I found the characters compelling, and the idea that love could be a darker obsession stayed with me.

Do you have plans to write another novel?

Yes. At present writing I am just over halfway through Cornerstone, the novel that tells the story of how the Heights came to be built and follows the strange course of love between Ceda Garland, the brilliant, convention-breaking woman who would not come home, and Ezra Morse, who survived the Civil War, became rich in the age of railroads, and later built his mansion so that she might come home to him. 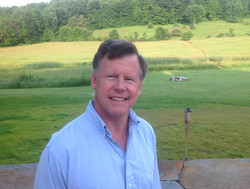 Sabin Willett is a practicing lawyer and the author of three novels: The Deal, The Betrayal, and Present Value. He lives in Natick, Massachusetts.

“The insights and skill of the author, a Guantanamo Bay defense attorney, make Abide worth a read.”

“In their unsettling romance that crosses small town social lines as well as the oceans and continents between Vermont and Afghanistan, the lovers at the core of Abide with Me strip away all that is unnecessary as they seek the essence of true love: it may stumble, but it will always survive. Sabin Willett has written a passionate, gripping novel of modern tragedy and timeless love.”—Garth Stein, author of The Art of Racing in the Rain

“Sabin Willett mines his settings of Afghanistan and smalltown New England with equal gusto. Abide with Me is a big, generous, tasty, funny, rich novel.”—Stewart O'Nan, author of The Odds: A Love Story

“Terrific . . . Here’s a classic love story brought up to date. And it’s a page turner, a fine example of the smart and moving fiction we all crave.”

“Hewn from the same emotional landscape as Wuthering Heights, Abide with Me pulses with the dark pain of lost love and obsession. In prose that glints and sparks like gunfire, Sabin Willett makes Roy Murphy a dangerously compelling 21st century Heathcliff, the haunted, driven boy from nowhere who returns battle-hardened from war in Afghanistan to stake his claim on the one who got away.”—Deborah Lawrenson, author of The Lantern

“Fiercely authentic . . . Masterfully blending small-town gossip with the inner obsessions of a quiet veteran . . . this is a compelling read."

“The story captivates the reader with authentic characters whose humanity radiates through their personal triumphs and tragedies.”

“Extremely well crafted . . . a transfixing book . . . not only resplendent in love but in suffering as well. If you haven’t read Wuthering Heights, this makes no difference. One book can be enjoyed without the other, but if you do read both, you will see the modern day equivalent of a masterpiece of literature.”

By Sabin Willett
LIST PRICE $5.99
PRICE MAY VARY BY RETAILER