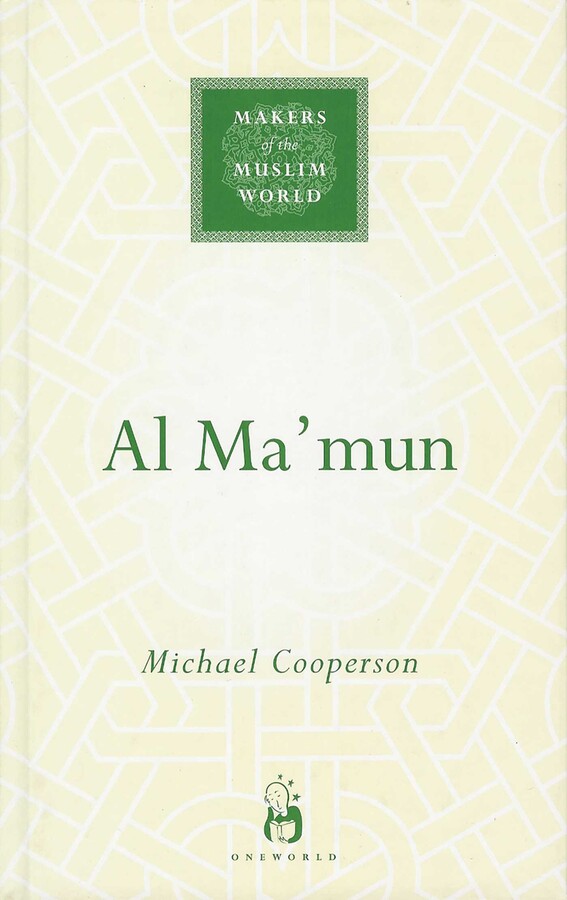 Part of Makers of the Muslim World
By Michael Cooperson
LIST PRICE $29.99
PRICE MAY VARY BY RETAILER

This accessible biography treats al-Ma'mum (786-833) as the product of his age, which was a formative period in the development of Islamic law and theology. It presents him in his many facets: rebel, rationalist, scientist, poet, politician, warrior, inquisitor, and self-proclaimed defender of the faith. Drawing on contemporary sources, some friendly and others hostile, it offers a comprehensive portrait of a fascinating figure in Islamic history.

The World Inherited by Islam

The Coming of the Abbasids

The Problem of the Sources

The Legacy of Iran

The Question of the Law

The Succession to al-Rashid

Al-Ma’mun Left in the Lurch

A New Force in Khurasan

The Siege of Baghdad

The Death of al-Amin and the Crisis of Legitimacy

Al-Rida’s Claim to the Imamate

The End of the World?

An Appeal to Iranian Muslims?

The Pilgrimage to Mashhad

The Book of Ingenious Devices

The Map of the World

Hostility to the Literalists

6 DEFENDER OF THE FAITH

Recentralization and the New Military

The Dome of the Rock

The Death of al-Ma’mun

The Inquisition After al-Ma’mun

The Historical Significance of the Inquisition

Michael Cooperson is Associate Professor of Arabic at the University of California, Los Angeles. He is the author of Classical Arabic Biography: The Heirs of the Prophet in the Age of al-Ma'mun.

Part of Makers of the Muslim World
By Michael Cooperson
LIST PRICE $29.99
PRICE MAY VARY BY RETAILER