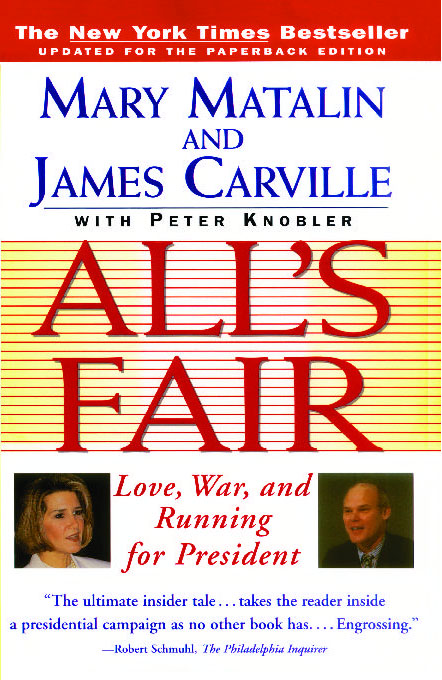 "Love, War and Running for President"

By Mary Matalin and James Carville
With Peter Knobler

"Love, War and Running for President"

By Mary Matalin and James Carville
With Peter Knobler