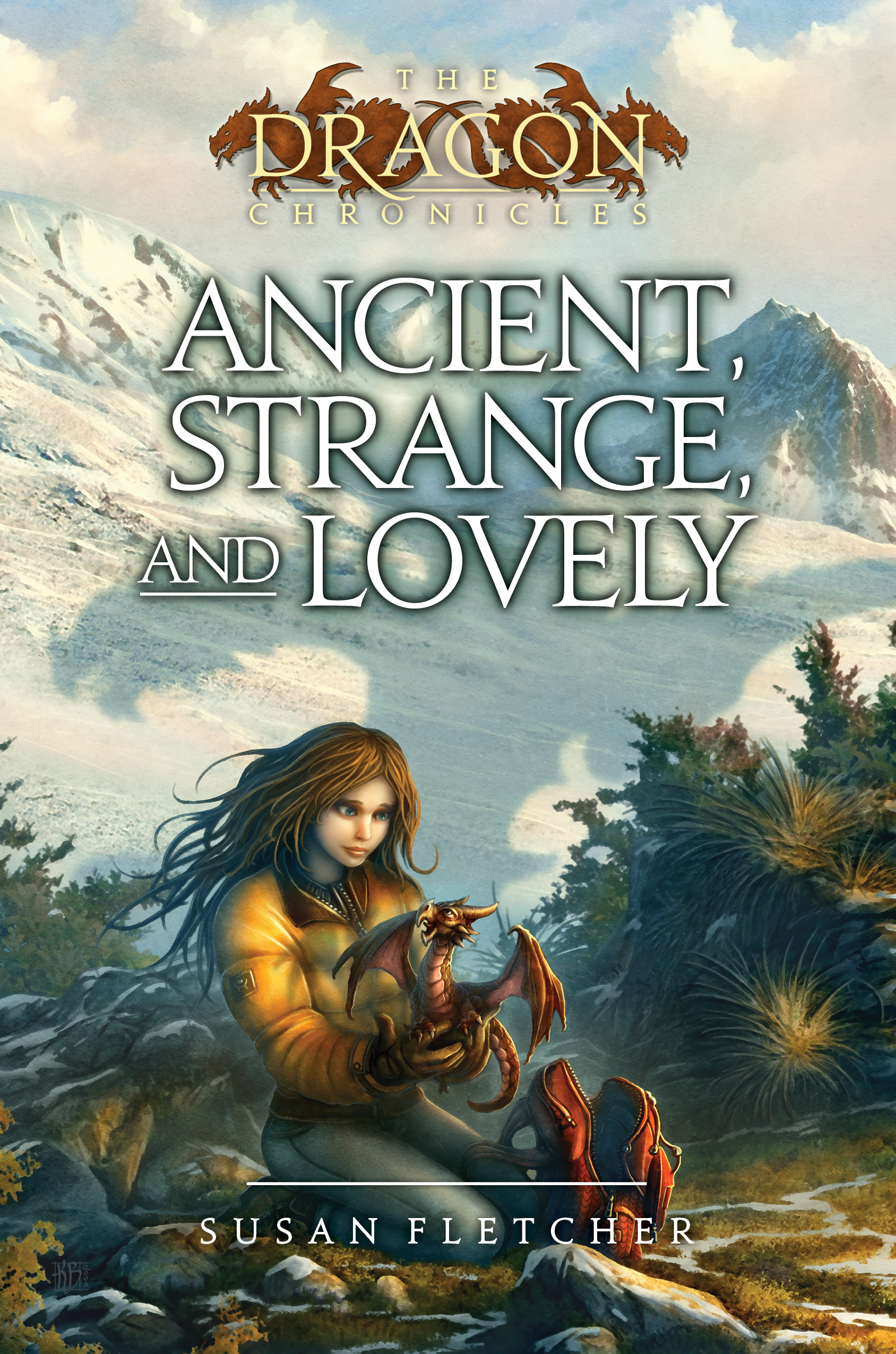 In a slightly futuristic, polluted world, fourteen-year-old Bryn watches an ancient egg hatch, and her life changes forever. Like her family before her, Bryn can “ken” with birds, so at first she doesn’t understand why she relates to what appears to be a lizard. Then she realizes that the critter in her care is really a baby dragon. When the dracling becomes an Internet phenomenon, she must flee to protect him from poachers and others who wish him harm. But will Bryn be able to protect him, or will she lose the dracling just as she comes to love him?

I woke in the middle of the night, came straight up out of sleep. Then sat there, heart pounding, in that numb, blind space where you can’t quite kludge together exactly what’s just happened or where or when you are.

It was that dream again. That dream of running, searching. Of stepping off the edge of something, of falling. The sickening lurch in the gut. The dropping down and down through black nothing and not quite landing. The full-body spasm when I would have landed, jolting me out of it, out of the dream, out of sleep.

From a dim corner, Stella stirred: a floofing of feathers, a dry click, click of talons across the perch. I kenned her, felt her in my head: edgy now, but not alarmed. Nearby, on the shelves, I could make out the shadowy outlines of other birds—ceramic and glass and stone.

Safe in bed, in Aunt Pen’s guest room. No one searching. No one falling.

A wind gust shook the house. Against the far wall, the shadows of rhododendrons waved in the streetlight glow. They looked huge, out-of-scale, like from a monster vid: Jurassic rhododendron. Something thumped down there—a stray cat, maybe, or an unlatched gate, or somebody’s tipped-over plastic trash can. Some ordinary, safe thing, probably jolted by the wind.

A chill shuddered at the edges of the air, seeped through my PJs, raised gooseflesh on my back. I slid down in bed and cocooned myself in blankets as the other nightmare came to squat in the heartspace of my chest. The nightmare that lived with me now, a Fender bass static hum that never went away, not even when I woke.

I sat up. That sound again.

When I was little, I was one of those scaredy-cat kids; I heard weird noises all the time. In the closet. Under the bed. Down the hall. When I got panicky, Mom would tell me, “It’s an adventure, Bryn. Just breathe.” Dad would wrap my little-kid hand in his massive one. He’d talk me out of bed, take me on a tour. Night patrol, he called it. “Think it through, Bryn,” he’d say. “Where’s it coming from? What does it sound like? What do you see?”

Usually, the sounds hadn’t come from where I’d thought. Nothing under the bed—not even once. Mostly, they were outside. Ordinary things, in the days before the swarms. A tree bough scritching against the house. Wind knocking a gate against a jamb. Later, it was the swarms. Voles or mice. Possums bumping around in the recycling bin. They would stare at us, mirror-eyed in the flashlight beam, then scuttle off into the night.

On night patrol, even though I could still feel my heart thumping in my throat, I could also feel this other thing happening—a leaning away from fear toward a puzzle to solve, a mystery to unspool. I would strain all of my senses against the night, hoping I would find the answer.

I felt that scaredy-cat kid inside me now, whining like she always used to: I don’t wanna. You’d think, by the time you got to be fourteen, that kid would have disappeared with all the other ghosts of childhood past: the thumb sucker, the training-pants wetter, the sippy-cup drooler.

But, no. And I still couldn’t sleep unless I knew.

I sighed. Kicked off my blankets. Pulled on my fleece. Opened Stella’s cage and kenned her to my shoulder.

She sidestepped nearer, ducked under a clump of my hair. I stroked the soft feathers on her belly. She stretched up, softly nibbled at my ear.

I padded through the dark cave of the hall, past Aunt Pen’s room. She would be mortified to know she snored. Snorted, actually. So uncouth. Outside the den, I hesitated. I cracked open the door, peered inside, found Piper’s skinny little curled-up shape in the tangle of blankets on the air bed.

Softly, I shut the door. I crept downstairs into the dim moonlit glow of the kitchen and kenned Stella to the top of the cabinets. She pushed off my shoulder and lit there, rocking forward, her topknot flat against her head. I could sense her puzzlement, her unease. I synched with her a moment, tweaked her some comfort vibes. She settled down, fluffed her feathers, flicked her topknot back up to the “systems normal” position.

I opened the hall closet, slipped into my coat and boots, took Aunt Pen’s flashlight from the shelf.

Outside, I breathed in the faint, burnt-rotten smell of the celumbra, the cloud of dust and crud that regularly blew across the planet from places where the droughts were bad. Wind churned high up in the branches of the fir trees and stirred in the rhododendrons as I scanned Aunt Pen’s small front yard with the flashlight.

Nothing swarming, that I could see.

I moved along the side of the house and tugged at the wooden gate.

It could be the other gate that had thumped—the one closer to where I’d been sleeping. Or maybe the wind had knocked over one of the empty plastic planters back there. Maybe smacked it against the fence.

I reached over the gate to unlatch it, groping with my fingers along the splintery wood. Then I set out along the stone path through the garden, where long, twitchy shadows shivered across the face of the moon. Bright copper tonight—seismic stunning in the haze of the celumbra.

Piper would need her inhaler tomorrow.

I moved past the back door to the garage—closed—past the plaster statues of cranes and sparrows, past the little pond, across the deck. The wind picked up, lifted bits of old leaves and dirt and flung them in my face. Rounding the far corner of the house, I swept the light across the row of empty pots and planters. I could still hear the wind, but I didn’t feel it now, sheltered in the narrow space between the fence and the house.

Nothing moved. Not in the planters. Not by the gate.

I stood, waited, strained my ears to hear.

Nothing. Only the whoosh of wind.

It could have been anything. Some squirrels on the fence. A raccoon out hunting. A cat on its nightly prowl.

I shone the light up into the high, dark branches of the fir trees, first the ones that loomed above me now, and then the ones in my own backyard, directly behind Aunt Pen’s. The trees seemed alive—restless and sad. My hand moved, all on its own, to train the flashlight on Mom and Dad’s bedroom window.

I stood staring at it, breathing in the smell of distant deserts, trying to hold it all together.

Sometimes you never do find out what’s happened. 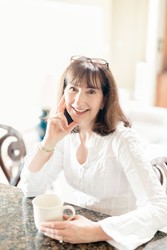 Susan Fletcher is the acclaimed author of Journey of the Pale Bear; as well as the Dragon Chronicles, composed of Dragon’s Milk, Flight of the Dragon Kyn, Sign of the Dove, and Ancient, Strange, and Lovely; and the award-winning Alphabet of Dreams, Shadow Spinner, Walk Across the Sea, and Falcon in the Glass. Ms. Fletcher lives in Bryan, Texas. Visit her at Susan Fletcher.com.

More books in this series: The Dragon Chronicles