The Spectacular Crash of the Record Industry in the Digital Age

By Steve Knopper
LIST PRICE $14.99
PRICE MAY VARY BY RETAILER

For the first time, Appetite for Self-Destruction recounts the epic story of the precipitous rise and fall of the recording industry over the past three decades, when the incredible success of the CD turned the music business into one of the most glamorous, high-profile industries in the world -- and the advent of file sharing brought it to its knees. In a comprehensive, fast-paced account full of larger-than-life personalities, Rolling Stone contributing editor Steve Knopper shows that, after the incredible wealth and excess of the '80s and '90s, Sony, Warner, and the other big players brought about their own downfall through years of denial and bad decisions in the face of dramatic advances in technology.

Big Music has been asleep at the wheel ever since Napster revolutionized the way music was distributed in the 1990s. Now, because powerful people like Doug Morris and Tommy Mottola failed to recognize the incredible potential of file-sharing technology, the labels are in danger of becoming completely obsolete. Knopper, who has been writing about the industry for more than ten years, has unparalleled access to those intimately involved in the music world's highs and lows. Based on interviews with more than two hundred music industry sources -- from Warner Music chairman Edgar Bronfman Jr. to renegade Napster creator Shawn Fanning -- Knopper is the first to offer such a detailed and sweeping contemporary history of the industry's wild ride through the past three decades. From the birth of the compact disc, through the explosion of CD sales in the '80s and '90s, the emergence of Napster, and the secret talks that led to iTunes, to the current collapse of the industry as CD sales plummet, Knopper takes us inside the boardrooms, recording studios, private estates, garage computer labs, company jets, corporate infighting, and secret deals of the big names and behind-the-scenes players who made it all happen.

With unforgettable portraits of the music world's mighty and formerly mighty; detailed accounts of both brilliant and stupid ideas brought to fruition or left on the cutting-room floor; the dish on backroom schemes, negotiations, and brawls; and several previously unreported stories, Appetite for Self-Destruction is a riveting, informative, and highly entertaining read. It offers a broad perspective on the current state of Big Music, how it got into these dire straits, and where it's going from here -- and a cautionary tale for the digital age. 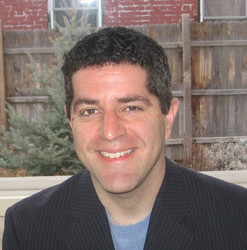 Steve Knopper is a contributing editor to Rolling Stone and veteran music reporter who has written for The New York Times Magazine, GQ, The Wall Street Journal, National Geographic Traveler, Wired, Details, and many other publications. His book, Appetite for Self-Destruction: The Spectacular Crash of the Record Industry in the Digital Age, was prominently featured on NPR’s Fresh Air and dozens of other prominent radio and TV shows; Tom Hanks called it “amazing.” He has been a featured expert source on NBC Nightly News, CNBC, NPR’s Marketplace, among others. He lives in Denver with his wife, Melissa, and daughter Rose.

"[A] stark accounting of the mistakes major record labels have made since the end of the LP era and the arrival of digital music.... A wide-angled, morally complicated view of the current state of the music business.... [Knopper] suggests that with even a little foresight, record companies could have adapted to the Internet's brutish and quizzical new realities and thrived.... He paints a devastating picture of the industry's fumbling, corruption, greed and bad faith over the decades." -- The New York Times

"Knopper, a Rolling Stone music business writer, thoughtfully reports on the record racket's slow, painful march into financial ruin and irrelevance, starting with the near-catastrophic sales slump that began in 1979 after the demise of disco. Though the labels persevered, they finally lost control of their product when they chose to ignore the possibilities of the Internet.... Knopper piles on examples of incompetence, making a convincing case that the industry's collapse is a drawn-out suicide." -- Los Angeles Times

"[Knopper has a] nose for the story's human element.... The best parts of the book, such as Knopper's analysis of the late-'90s teen-pop bubble (and how it ultimately burst), move with the style and drama of a great legal thriller -- think Michael Clayton with headphones....This is gripping stuff. Crank it up." -- Time Out New York

"The music industry is toast, my friends. And congrats to Rolling Stone vet Steve Knopper, whose fantastic new book Appetite for Self-Destruction explains why" -- The Village Voice

"...Laced with anecdote, buttressed by detailed accounts of the most flagrant record-industry transgressions, Appetite (its title nicked from that of the Guns N' Roses debut disc) is an enthralling read, equal parts anger and regret. Knopper's writing is sharp, his approach sharper..." -- The Boston Globe

The Spectacular Crash of the Record Industry in the Digital Age

By Steve Knopper
LIST PRICE $14.99
PRICE MAY VARY BY RETAILER