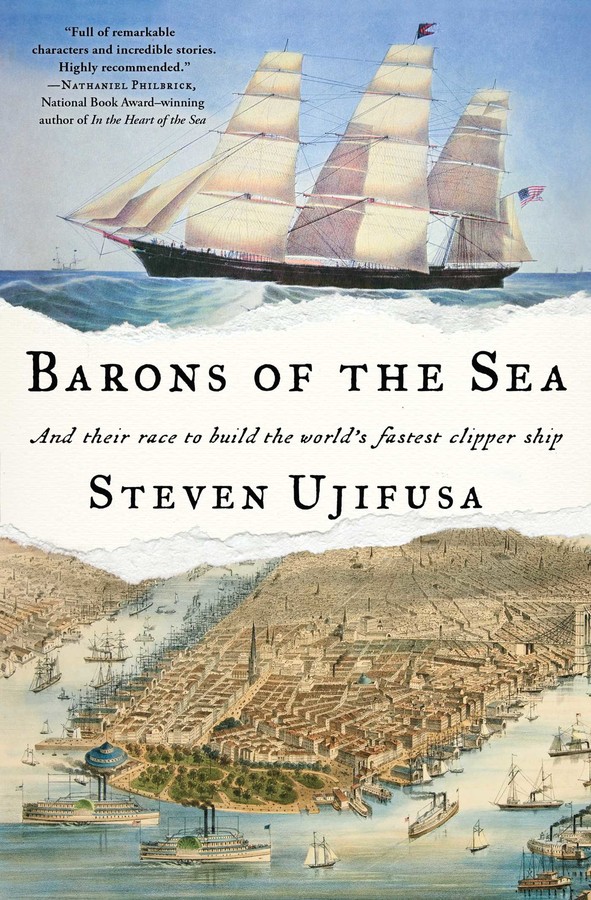 Barons of the Sea
By Steven Ujifusa
Read by Arthur Morey

By Steven Ujifusa
LIST PRICE $18.99
PRICE MAY VARY BY RETAILER

“A fascinating, fast-paced history…full of remarkable characters and incredible stories” about the nineteenth-century American dynasties who battled for dominance of the tea and opium trades (Nathaniel Philbrick, National Book Award–winning author of In the Heart of the Sea).

There was a time, back when the United States was young and the robber barons were just starting to come into their own, when fortunes were made and lost importing luxury goods from China. It was a secretive, glamorous, often brutal business—one where teas and silks and porcelain were purchased with profits from the opium trade. But the journey by sea to New York from Canton could take six agonizing months, and so the most pressing technological challenge of the day became ensuring one’s goods arrived first to market, so they might fetch the highest price.

“With the verse of a natural dramatist” (The Christian Science Monitor), Steven Ujifusa tells the story of a handful of cutthroat competitors who raced to build the fastest, finest, most profitable clipper ships to carry their precious cargo to American shores. They were visionary, eccentric shipbuilders, debonair captains, and socially ambitious merchants with names like Forbes and Delano—men whose business interests took them from the cloistered confines of China’s expatriate communities to the sin city decadence of Gold Rush-era San Francisco, and from the teeming hubbub of East Boston’s shipyards and to the lavish sitting rooms of New York’s Hudson Valley estates.

Elegantly written and meticulously researched, Barons of the Sea is a riveting tale of innovation and ingenuity that “takes the reader on a rare and intoxicating journey back in time” (Candice Millard, bestselling author of Hero of the Empire), drawing back the curtain on the making of some of the nation’s greatest fortunes, and the rise and fall of an all-American industry as sordid as it was genteel. 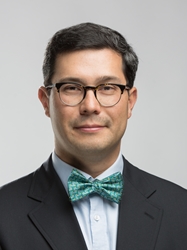 Steven Ujifusa received his AB in history from Harvard University and a master’s degree in historic preservation from the University of Pennsylvania. His first book, A Man and His Ship, tells the story of William Francis Gibbs, the naval architect who created the ocean liner SS United States; The Wall Street Journal named it one of the best nonfiction titles of 2012. His new book, Barons of the Sea, brings to life the dynasties that built and owned the magnificent clipper ships of America’s nineteenth-century-era of maritime glory. Steven has given presentations across the country and on the high seas, and has appeared as guest on CBS Sunday Morning and NPR. A recipient of a MacDowell Colony fellowship and the Athenaeum of Philadelphia’s Literary Award, he lives with his wife, a pediatric emergency room physician, in Philadelphia. Read more about him at StevenUjifusa.com.

“Full of remarkable characters and incredible stories, Steven Ujifusa’s Barons of the Sea is a fascinating, fast-paced history of America’s clipper ship era. Highly recommended.”
— Nathaniel Philbrick, National Book Award-winning author of In the Heart of the Sea

“Fast-paced and entrancing... recounting freak storms, improbable romances, and mutinies on the high seas.... Ujifusa tells these stories with the verve of a natural dramatist.... Masterfully done.”
— The Christian Science Monitor

“Barons of the Sea is a riveting, raucous book. If you love the sea, it’s all here: dreams, money, ambition, and competition.”
— Jay Winik, bestselling author of April 1865

“Barons of the Sea moves as fast as a clipper ship at full sail. With a seemingly effortless command of the shared history of China and the United States in the nineteenth century, Ujifusa takes the reader on a rare and intoxicating journey back in time.”
— Candice Millard, bestselling author of Hero of the Empire

“Ujifusa has produced a carefully researched, lovingly written tribute to a now-vanished breed of ships and people, an entertaining chronicle of a few heady years when vision, speed, and daring helped the United States begin to establish its leading role on the world stage.”
— Foreign Policy

“Among the pleasures of Barons of the Sea is the author’s extensive knowledge of ship design and nautical history; the book is almost a beginner’s manual in sailing and is infused by a clear love for the regal triple-masters of the past.... The ships themselves, rather than the owners and captains, become the main characters.”
— The Wall Street Journal

“As learned as it is entertaining. Ujifusa has brought the golden age of American maritime commerce to vivid life. Extraordinary people and the wondrous clipper ships they built fill its pages with both great stories and deep insight into what makes humans of any age tick.”
— John Steele Gordon, author of An Empire of Wealth

“Barons of the Sea is a true adventure story. It’s got everything — wars, races, treasure and shipwrecks… You might drink a cup of tea with more reverence after reading this.”
—  The Bowery Boys

“Barons of the Sea has the... narrative ease of a novel. Occasionally funny and always richly detailed, this book paints a comprehensive portrait of an American era all but forgotten in the days of next-day delivery.”
— Sail Magazine

“This crisply told story of the race to build the fastest ship in the world reads like a thriller, reminiscent of the best of Nathanial Philbrick’s sea writing. It carries the reader along like a precious cargo on the high seas. I simply could not put it down.”
— Admiral James Stavridis, Chairman of the US Naval Institute and former Supreme Allied Commander at NATO

“Barons of the Sea captures both the majesty of clipper ships and the heart of the bold men who wanted to see them go faster and carry more. This story of ambition, innovation, and technology in the age of swift-sailing merchant ships will keep you enthralled.”
— Dean King, bestselling author of Skeletons on the Zahara

“Brilliantly chronicled.... A vivid account of larger-than-life if not always attractive characters and a technological marvel that briefly captivated the Victorian world.”
— Kirkus Reviews (starred review)

“Ujifusa presents a sweeping, little-known piece of commercial history written by men willing to take risks, and occasionally work the grey areas of the law, to achieve some measure of fame and fortunes that survive to this day.”
— Washington Independent Review of Books

“For any historian or maritime enthusiast who wishes to learn about the brief but glorious clipper ship era, I would recommend Barons of the Sea as an excellent choice that provides scholarship, sophisticated writing, and an enjoyable read.”
— Sea History Magazine

“Historian Samuel Eliot Morison called them ‘the noblest of all sailing vessels, and the most beautiful creations of man in America.’ But to that select group of merchants and shipmasters who employed the clipper ships in the China trade, they were also the source of vast profits — and sometimes catastrophic losses. In this deeply researched and boldly drawn account of the rise and fall of the clipper ship, Steven Ujifusa sheds dramatic new light on the lives, aspirations, and moral dilemmas of those daring Americans who traded with China in the opening decades of the nineteenth century.”
— Llewellyn Howland III, author of No Ordinary Being: W. Starling Burgess, Inventor, Naval Architect, Aviation Pioneer, and Master of American Design

“Chronicles an age of technological innovation, sharp competition, and the rise of new fortunes.”
— Harvard Magazine

“Ujifusa reconstructs the lavish social milieu of Yankee shipping magnates in this account of how clipper ships unlocked a new world of risk and riches in the mid-19th century.... This tale of industry will appeal to seafaring and commerce enthusiasts.”
— Publishers Weekly

“By casting new light on major players, Steven Ujifusa has illuminated a long-overlooked facet of the clipper era.”
— W.H. Bunting, author of Live Yankees: The Sewalls and Their Ships and Sea Struck

By Steven Ujifusa
LIST PRICE $18.99
PRICE MAY VARY BY RETAILER