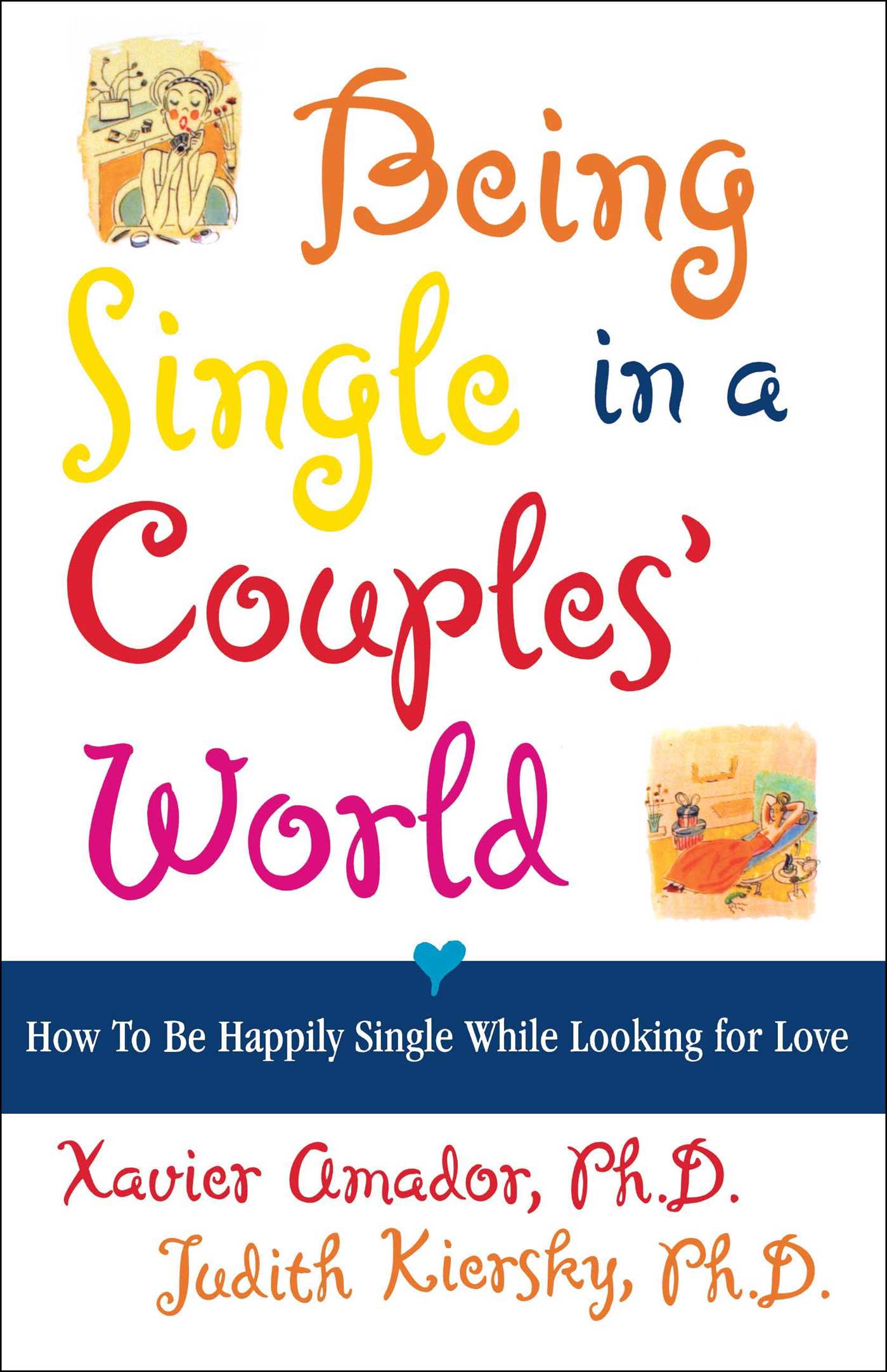 Being Single in a Couple's World

How to Be Happily Single While Looking for Love

You Can Be Single and Happy
Whether you are actively looking for a mate or have decided that marriage isn't what you want right now, psychotherapists Xavier Amador and Judith Kiersky can help you deal with the problems that come from being single in a couples' world.
Drawing on years of clinical experience and research with both single and married clients, Amador and Kiersky have identified the five common stumbling blocks that can get in the way of enjoying singlehood. Taking a careful look at the obstacles that cause single people the most pain, the authors have developed a four-step plan to help you achieve balance and happiness -- whether or not you stay single. And the first and most challenging step is to stop buying into old-fashioned ideas about singlehood and marriage.
Combining clear advice and vivid case examples, Being Single in a Couples' World gives all of us the tools we need to find our way to a healthier self and more meaningful relationships.

Xavier Amador, Ph.D., the coauthor of When Someone You Love Is Depressed and the psychology and health contributor for NBC's weekend Today show, is Director of the Diagnoses and Evaluation Center at Columbia University and the New York State Psychiatric Institute.

Dr. Judith Sills author of Loving Men More, Needing Men Less and Excess Baggage Amador and Kiersky offer a clear and comforting path from the anxiety and self-blame that torment singles to a self-acceptance that can open the door to love.

Terrence Real author of I Don't Want to Talk About It: Overcoming the Secret Legacy of Male Depression Xavier Amador and Judith Kiersky have written a splendid and overdue book. Clear, direct, full of both penetrating analysis and useful advice, Being Single in a Couples' World reads like a road map to the soul of both marriage and singlehood.

Being Single in a Couple's World

How to Be Happily Single While Looking for Love