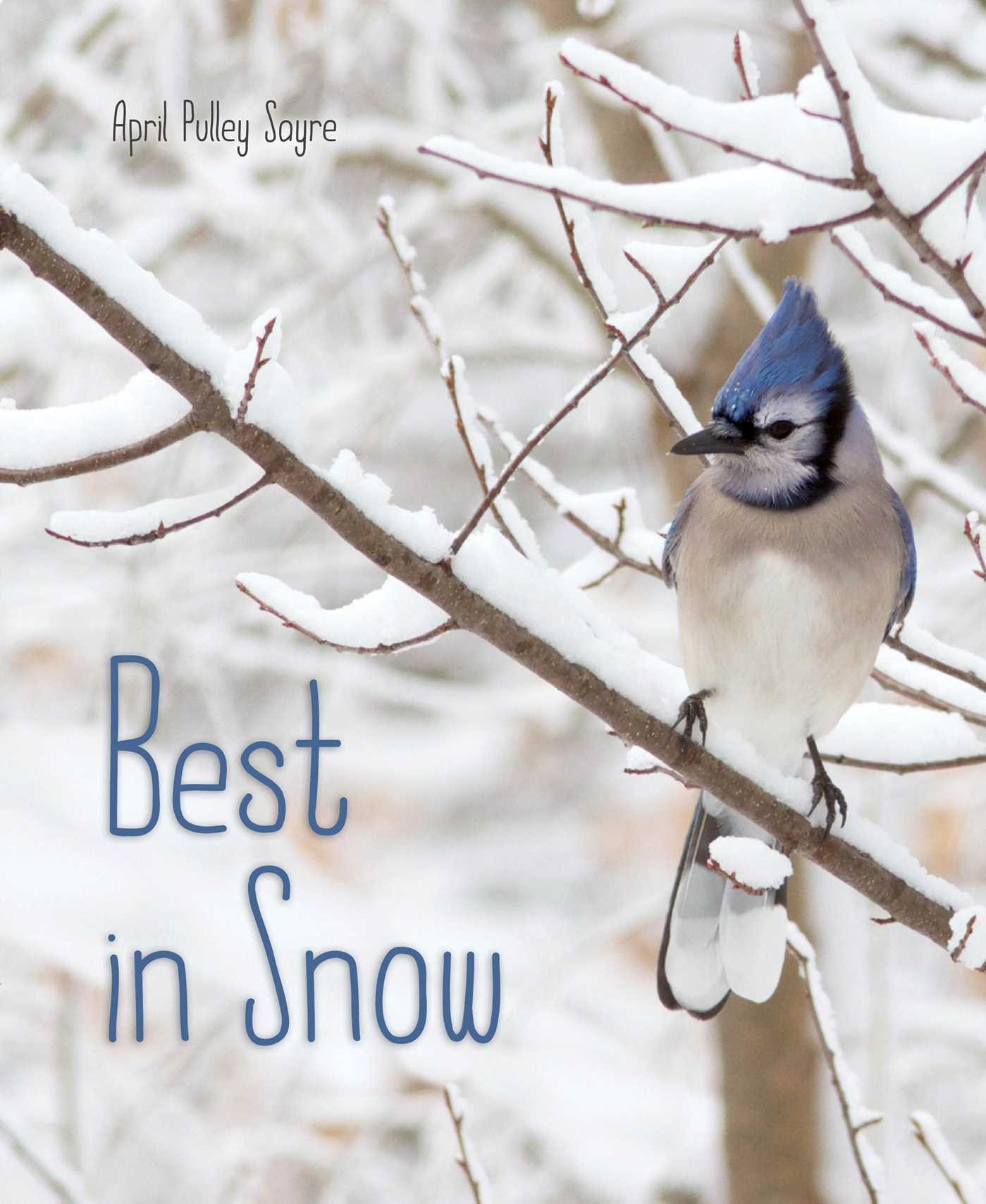 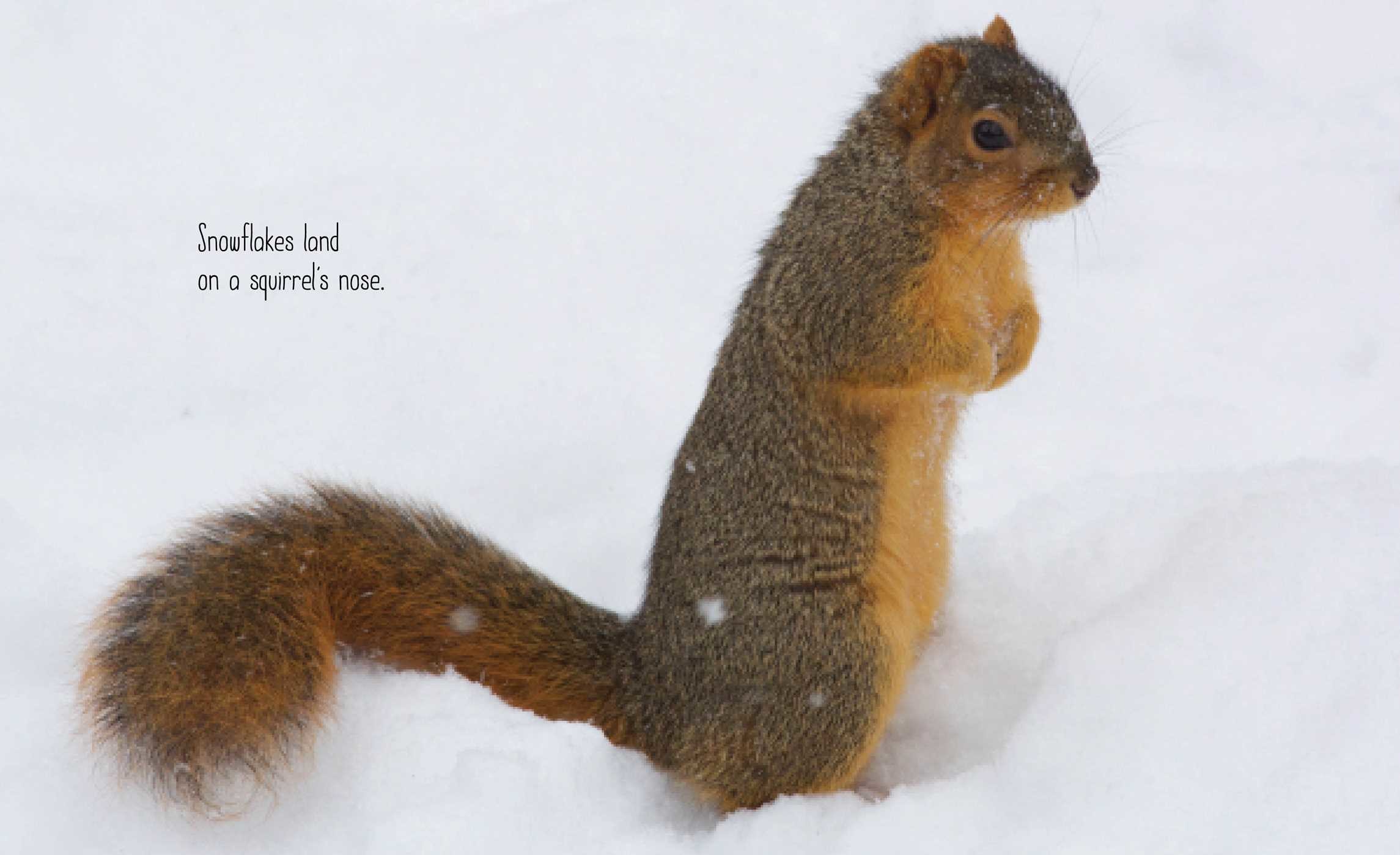 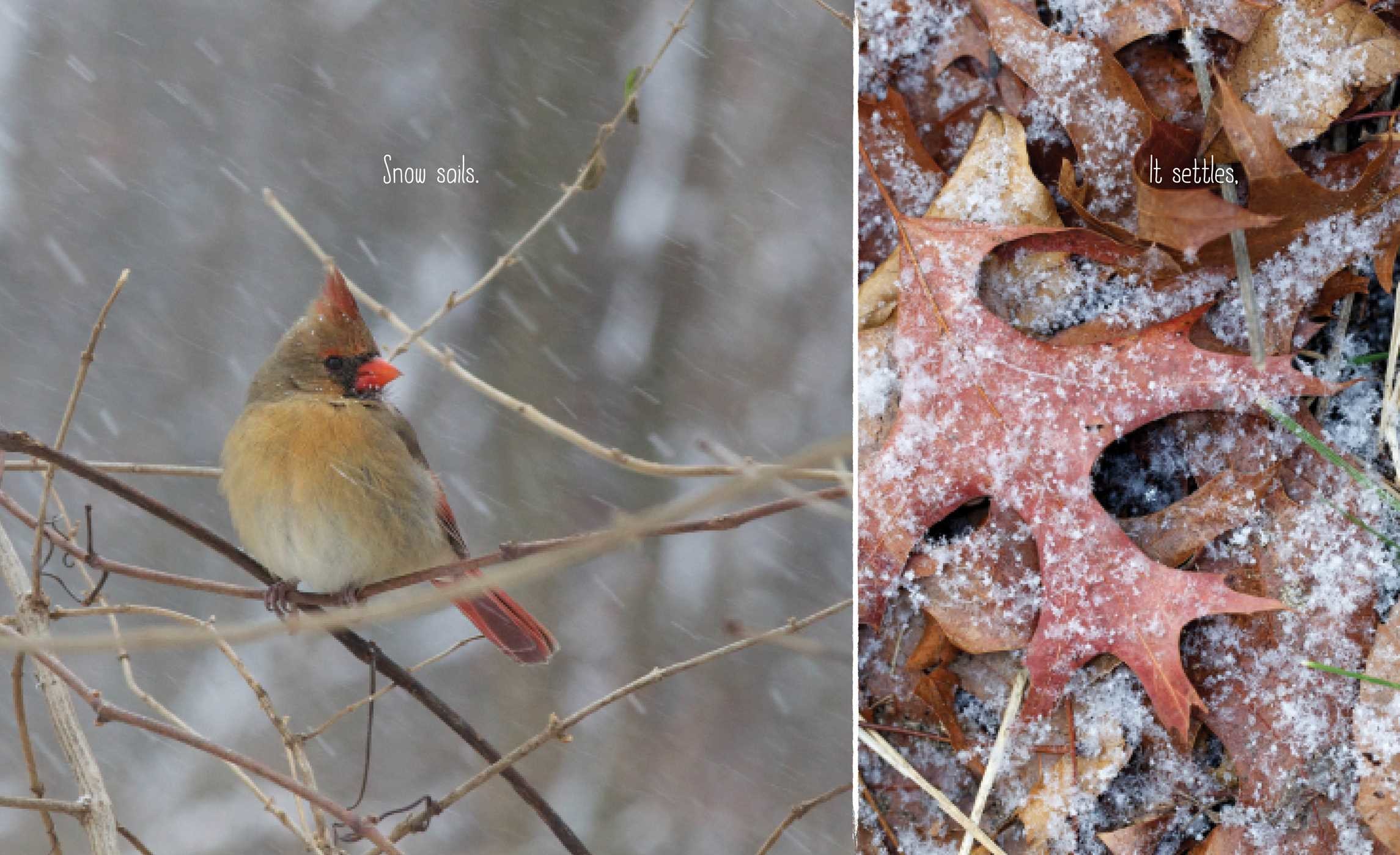 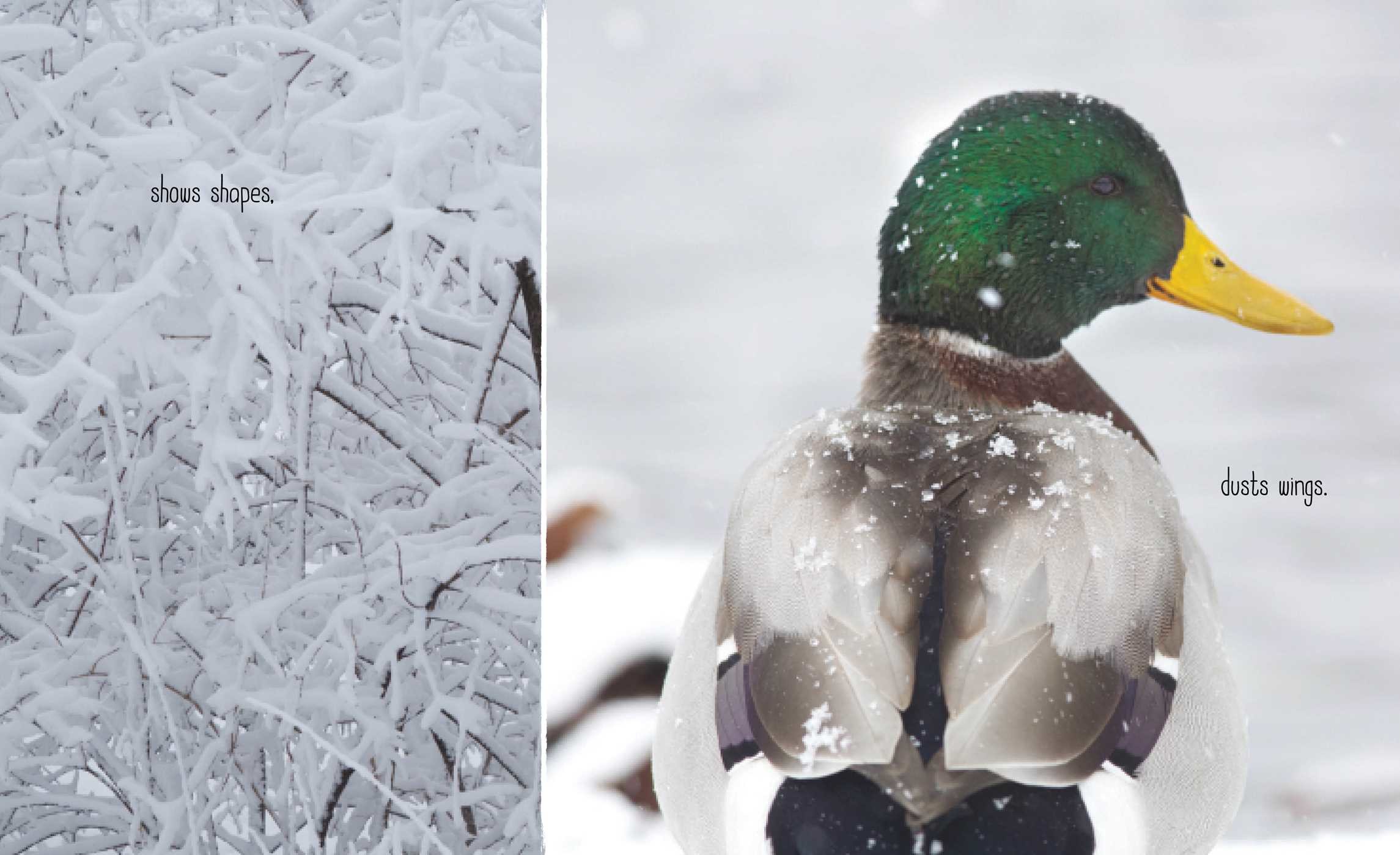 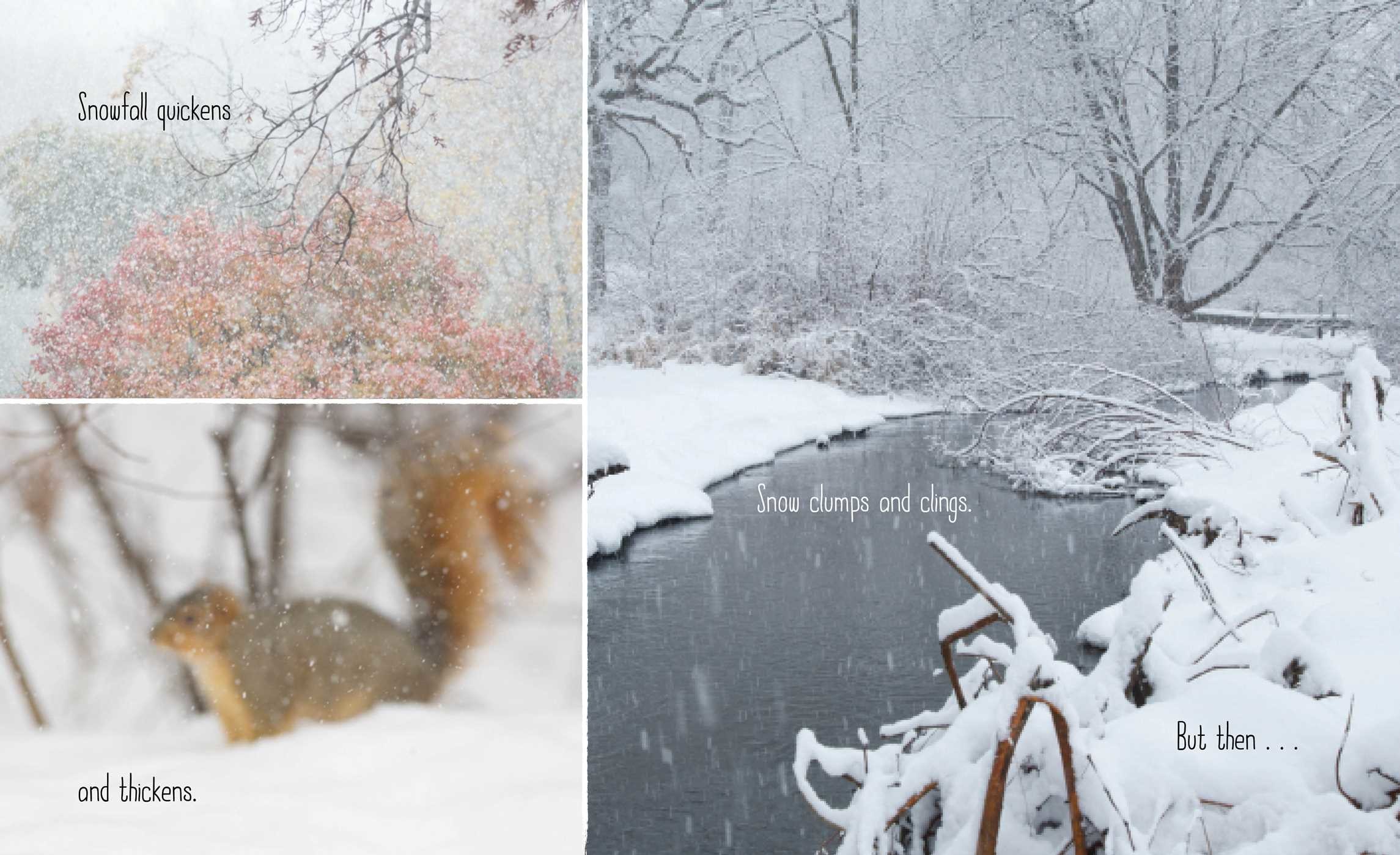 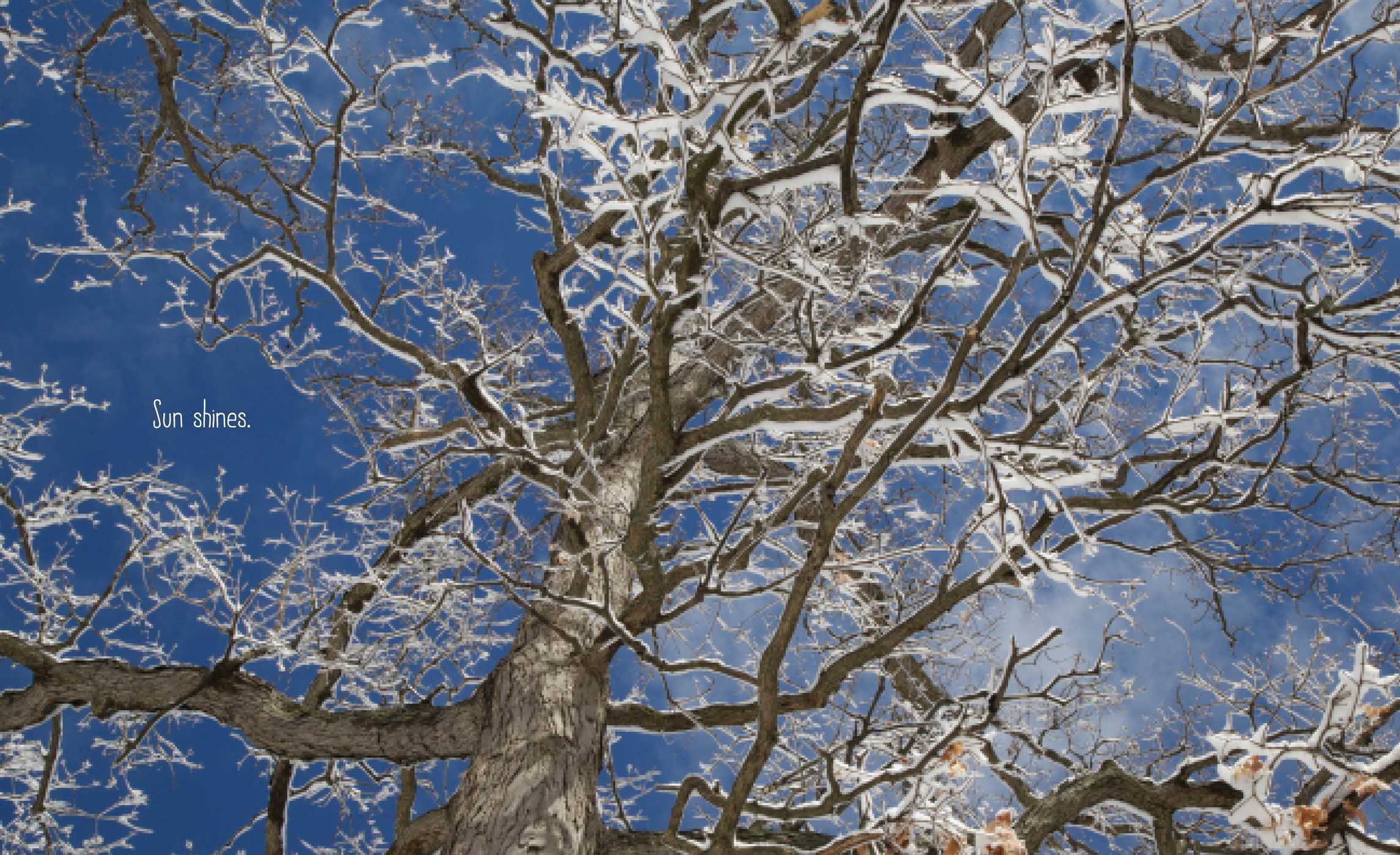 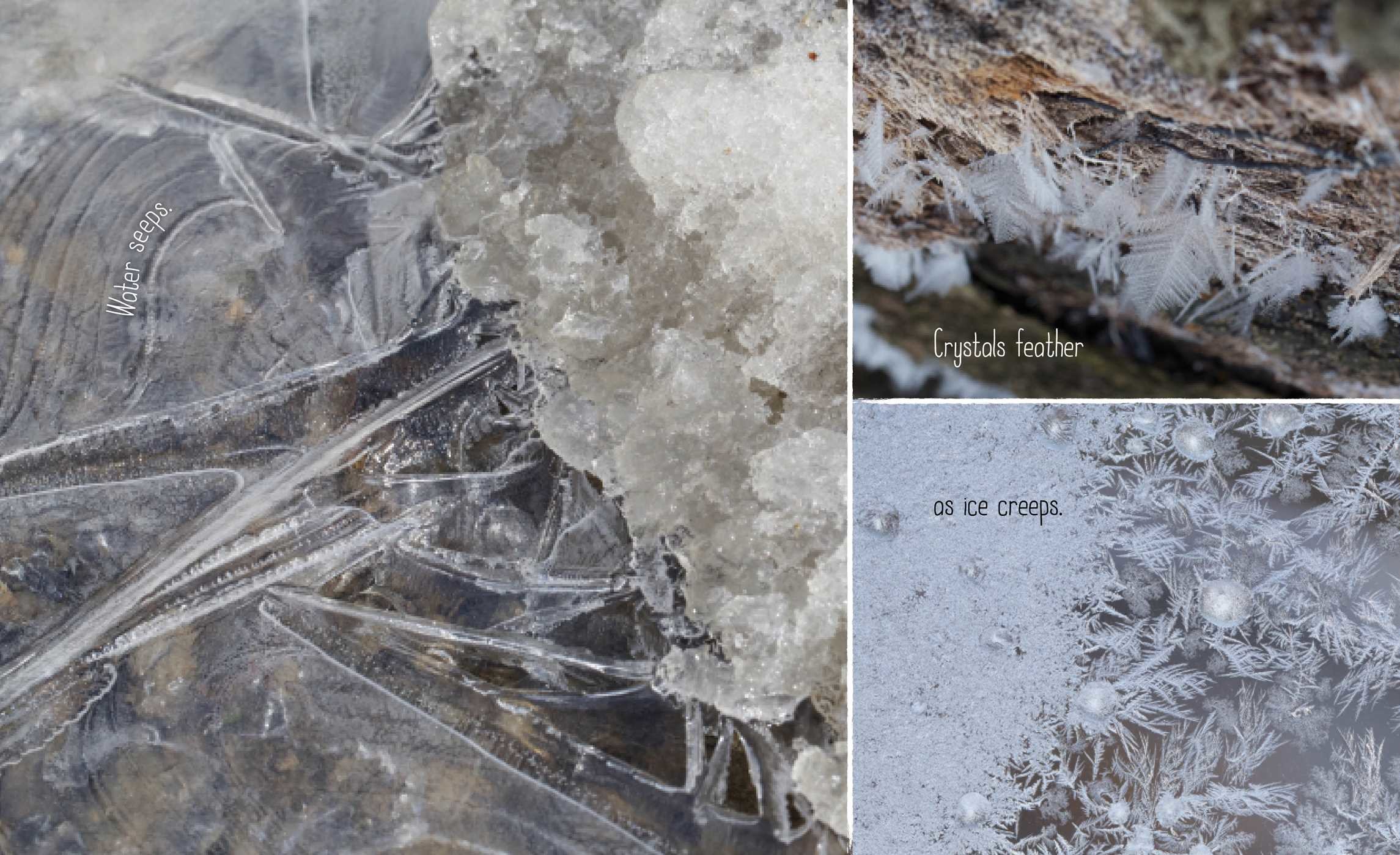 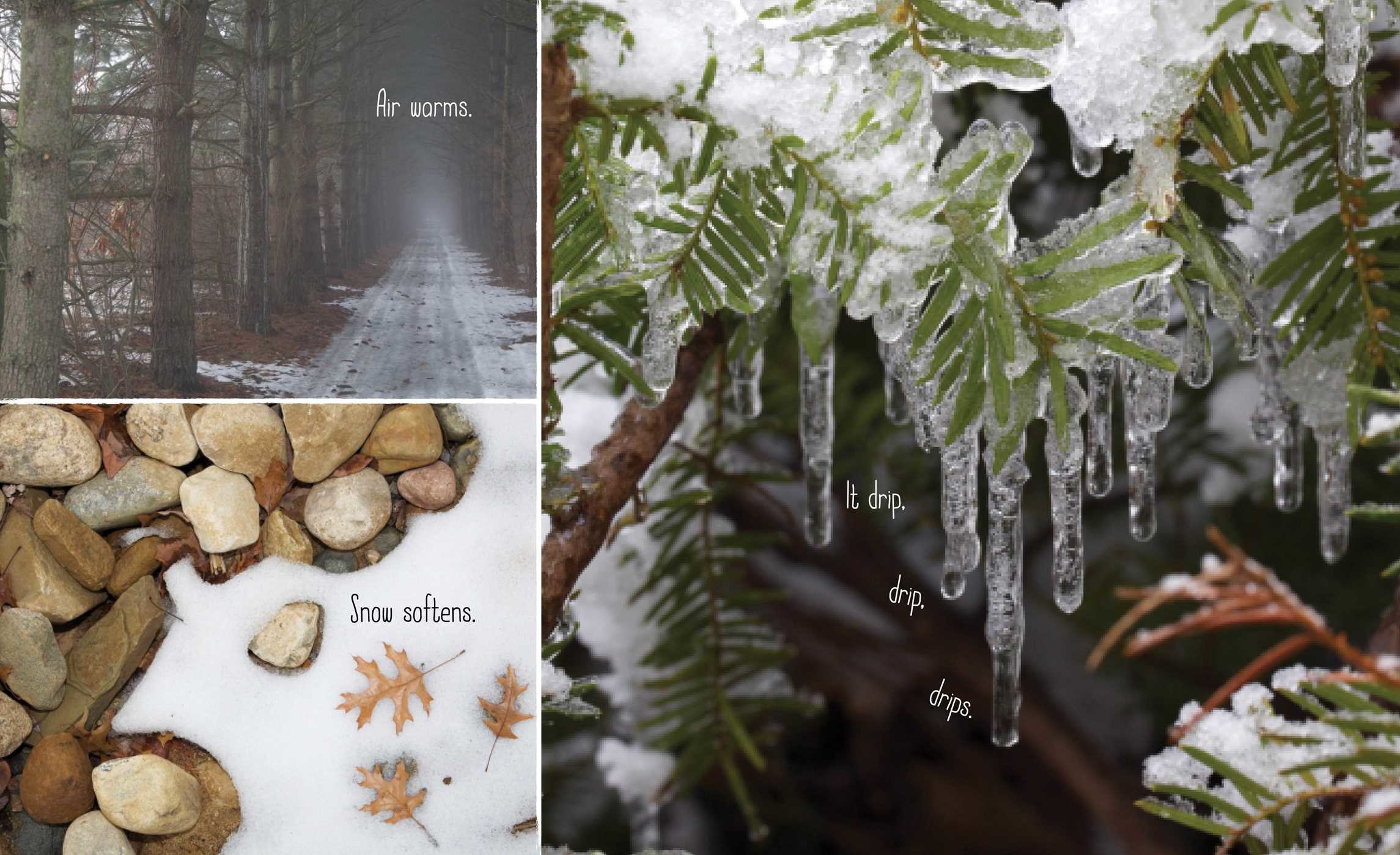 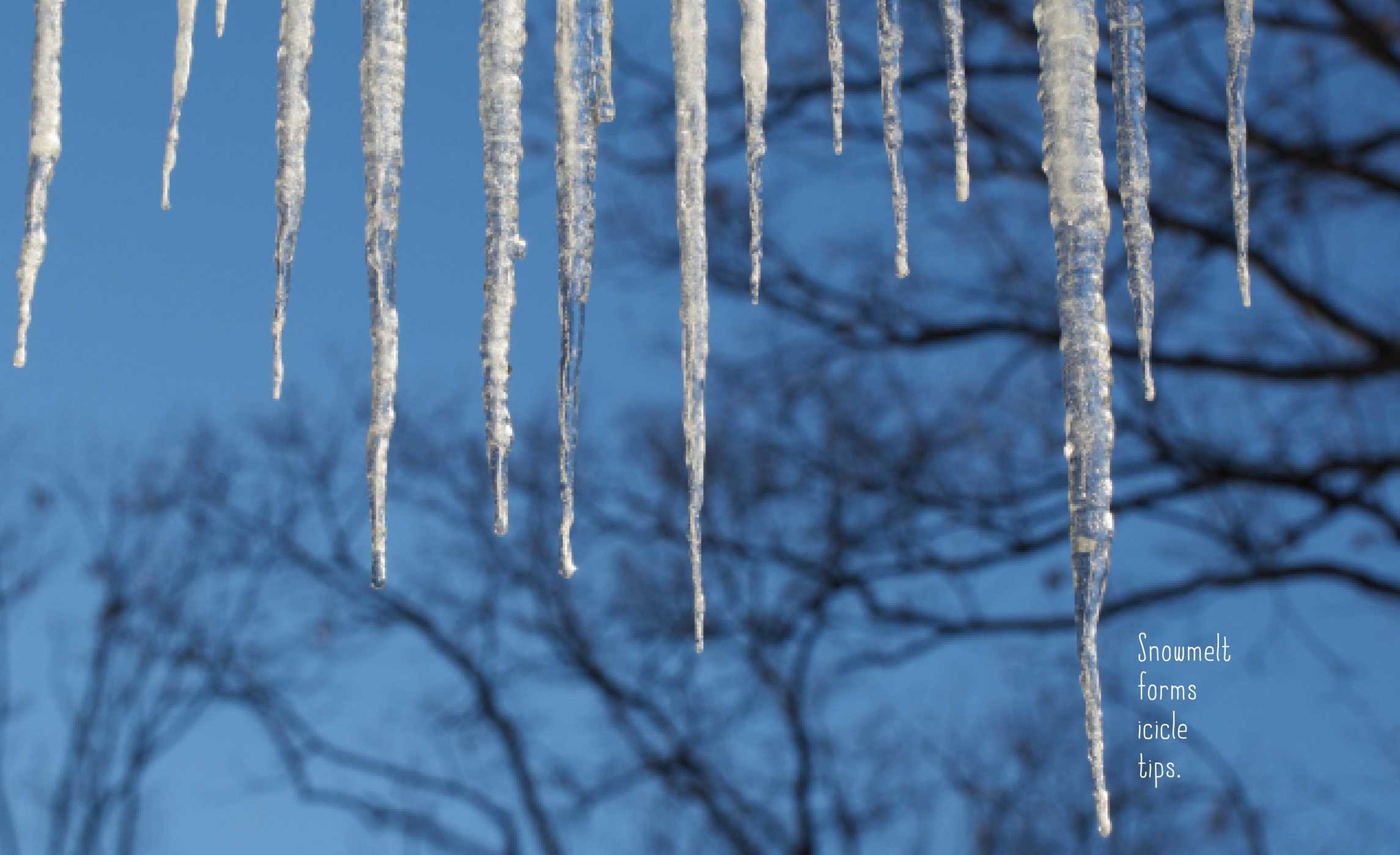 Discover the wonderful world of snow with this companion to the celebrated Raindrops Roll!

With gorgeous photo illustrations, award-winning author April Pulley Sayre sheds sparkly new light on the wonders of snow. From the beauty of snow blanketing the forest and falling on animals’ fur and feathers to the fascinating winter water cycle, this nonfiction picture book celebrates snowfall and the amazing science behind it. 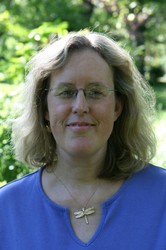 April Pulley Sayre (1966–2021) was the award-winning author of more than fifty-five natural science books for children and adults, including her photo-illustrated Being Frog and Best in Snow. Sayre’s books received an abundance of starred reviews, been dubbed ALA Notable Books (Raindrops Roll; Rah, Rah, Radishes) and won a Geisel Honor (Vulture View). Learn more at AprilSayre.com.

This striking photo essay engages curious readers as the world of snow is revealed in all of its frigid manifestations. Be it a shivering, huddled squirrel or a cardinal posing as a vermilion exclamation point within a maze of snow-laden branches, the frost-flecked forest creatures gazing forth from Sayre's compelling compositions contrast perfectly with the stark descriptions. "A freeze. / A breeze. / A cloud. / It snows." The economically precise language entices and beguiles in a rhyming progression that accompanies a series of photos that range from dark gray clouds to drifting snowflakes to a brittle pane of ice fractals. The photos are stunning. Two red-winged blackbirds are captured in midair, about to land on a feeder; snowflakes on a red squirrel's coat stand out in a double-page-dominating close-up; individual drops of water are captured melting from ice-encrusted fir needles. Stealthily introduced science concepts unfurl amid a visual symphony of meteorological splendor. The appended science facts perfectly accompany each line of poetry reproduced from the body of the text, harmoniously blending the author's twin disciplines of science and creative writing. A lesson-enriching bibliography is also provided. Adult companions of young explorers will find in Sayre's latest nature study an ideal vehicle for early STEAM curricula and activities at home or in school. (Informational picture book. 3-8)

In this visually stunning tribute to winter weather, Sayre explores the water cycle through photography and verse. In the opening lines, a freeze and a breeze combine to produce feathery snowflakes that drift down from the sky and “land on a squirrel’s nose.” Flowing from page to page, the alliterative rhyming text describes the characteristics and behavior of the frozen precipitation. Evocative photos of winter landscapes and wildlife quietly capture the serene beauty of a forest blanketed in snow. “Snow sails” around an orange-beaked female cardinal, and “it settles” on a scattering of fallen brown leaves. Coming full circle, a freeze and a breeze conjure a storm and it snows once again, frosting bare branches with sparkling white. Sayre’s simple text and in particular her eye-catching photos celebrate the wonder and magic of the natural world. Appended back matter that explains the snowflake’s cyclical journey from lakes and rivers up to the clouds and down to earth again will further pique readers’ curiosity, along with the accompanying suggested reading list. VERDICT Pair this commendable companion to Sayre’s Raindrops Roll with Jacqueline Briggs Martin’s Snowflake Bentley as the seasons change and winter approaches.

A companion volume to Raindrops Roll (2015), this exceptionally handsome picture book offers a closeup look at snow. Crisp, concise phrases point out what happens before, during, and after a snowstorm, leading children from one idea to the next (freeze, cloud, snow, wind, sun, drips, slush) and ending with a sentence that echoes the beginning phrases. In the middle section, accompanying four large photos on two double-page spreads, these words relate to sunlight after a snowfall: “Air warms. / Snow softens. / It drip, / drip, / drips. / Snowmelt / forms / icicle tips.” Elements of the text are sometimes slanted, curved, or arranged in ways that underscore their meanings. While the lyrical narrative alone could be read in a minute, the variety, intricacy, and beauty of the photos give viewers many reasons to pause and look closely at each striking image. Sayre has a well-deserved reputation for exceptional nature photography and dependable science writing for young children. The appended “Secrets of Snow” section presents additional information related to observations made within the book. Combining eye-catching photos and a spare, poetic text, Sayre's latest informational picture book is uncommonly rewarding for one-on-one sharing and highly recommended for preschool and primary-grade units on snow. — Carolyn Phelan

Sayre follows Raindrops Roll with an attention-grabbing tribute to snow, pairing striking photographs with snowflake-delicate verse. Squirrels, deer, and other animals make cameos (“A freeze. A breeze./ A cloud. It snows./ Snowflakes land/ on a squirrel’s nose”), but it’s Sayre’s images of feathery ice crystals, pine needles caked in dripping icicles, and riverscapes blanketed in white that capture the essence of winter’s magic. An enlightening closing spread addresses a range of topics about snow (such as why snowflakes sometimes “plaster one side of a tree branch but leave the other side bare”), offering some scientific heft to balance the artistry and poetry of the preceding pages. Ages 3–8.