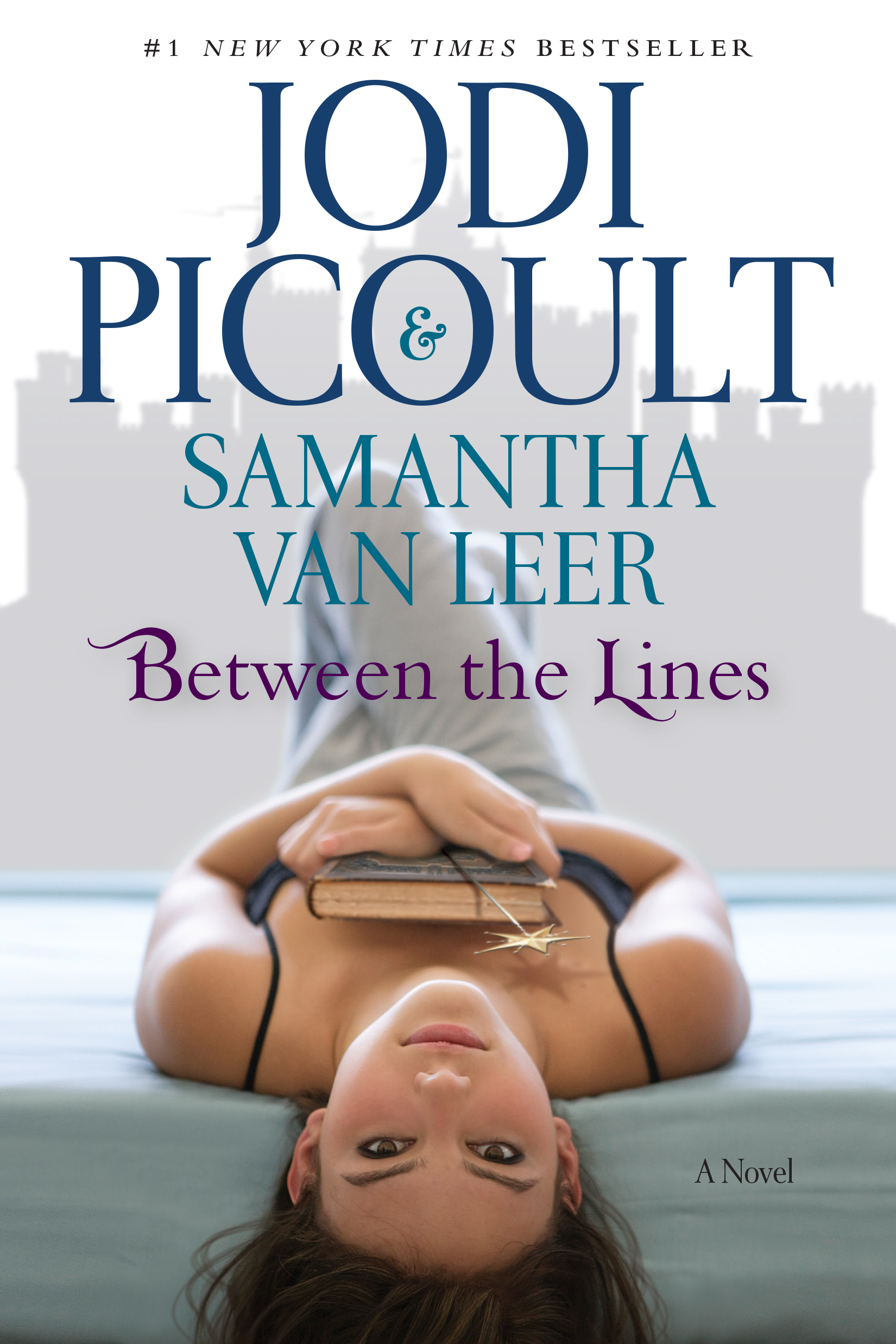 Behind the Scenes of BETWEEN THE LINES with Jodi Picoult

In this delightful companion novel to Off the Page, #1 New York Times bestselling authors Jodi Picoult and her daughter and cowriter, Samantha van Leer, present the YA novel that started it all! Filled with romance, adventure, and humor, the magic jumps off the page (literally) in a story you’ll never forget.

What happens when happily ever after…isn’t?

Delilah is a bit of a loner who prefers spending her time in the school library with her head in a book—one book in particular. Between the Lines may be a fairy tale, but it feels real. Prince Oliver is brave, adventurous, and loving. He really speaks to Delilah.

And then one day Oliver actually speaks to her. Turns out, Oliver is more than a one-dimensional storybook prince. He’s a restless teen who feels trapped by his literary existence and hates that his entire life is predetermined. He’s sure there’s more for him out there in the real world, and Delilah might just be his key to freedom.

A romantic and charming story, this companion novel to Off the Page will make every reader believe in the fantastical power of fairy tales.

By clicking 'Sign me up' I acknowledge that I have read and agree to the privacy policy and terms of use. Free ebook offer available to NEW CA subscribers only. Offer redeemable at Simon & Schuster's ebook fulfillment partner. Must redeem within 90 days. See full terms and conditions and this month's choices.
Reading Group Guide to

Between the Lines
by Jodi Picoult and Samantha van Leer

If you could choose living in a predictable world, where you knew the outcome of every event, would you choose it, and why?

Who is Prince Oliver and why is he unhappy? What is his character flaw and how does it impact his life and world?

Why does Prince Oliver set out to rescue Seraphima, and how does he compensate for his character flaw?

Why does Delilah read the fairy tale repeatedly? How is her world different from Prince Oliver’s?

How does the reader learn that Prince Oliver knows there is a world “beyond the fairy tale”? How does he first come to know about this outside world?

Why does Prince Oliver want out of the fairy tale? How does he get the attention of Delilah, and what is her initial response?

Delilah and Prince Oliver develop romantic feelings for each other. Why do you think they are attracted to one another? What commonalities draw them together? What differences?

Why does Prince Oliver attempt to remove the spider from the story? What happens when the spider enters Delilah’s world?

Identify the following fairy tale characters and explain how they are alike, or different from, the characters they play in the fairy tale: Rapscullio, Seraphima, Queen Maureen, and the mermaids.

Frump is Prince Oliver’s best friend. What is his backstory and what role does he play in the fairy tale?

Socks is Prince Oliver’s trusty steed. How does Socks add humor to the story? Cite examples.

Who is Jessamyn Jacobs and why does Delilah take an unplanned trip to her house? What happens when Delilah arrives there?

In what ways are Prince Oliver and Edgar alike? How are they different?

How is Prince Oliver’s wish finally answered? Is the result a fitting end to the story? Explain.

Delilah has a best friend who plays a minor role in the story. Why did the authors choose to keep her friend’s role to a minimum? What does the friend add to the story?

This novel is structurally complex. Explain how the authors use different points of view to tell the story. Why are multiple perspectives needed?

Readers see the fairy tale characters playing out private lives. How are readers able to see them having their own lives? What situation has to occur so that readers can see their private worlds?

Prince Oliver and Delilah try several strategies in an effort to remove Prince Oliver from the book. Outline each strategy they try and explain the results.

Delilah is, at first, infatuated by the fairy tale. What event helps her become more thankful for the world in which she lives?

In what way does this book defy traditional genre classification?

Why does Delilah’s mother worry about Delilah? Should she worry? Explain. Is Delilah concerned about her mother? Why or why not?

Delilah feels like an outcast at school. Does her mother understand Delilah’s feelings about school and friends? What could her mother do better to connect with Delilah and to help her fit in better?

What positive characteristics as a mother does Delilah’s mother possess? What weaknesses?

How does the fairy tale provide a discussion on stereotypical roles of men and women in society? In what way are these roles inaccurate?

Do Prince Oliver and Queen Maureen have a better relationship than Delilah and her mother? Cite evidence from the text to support your answer.

Does society paint a realistic picture of marriage? Why or why not?

Some argue that a child raised in a home with two parents is better off than a child raised by a single parent. How might this statement not be true?

Think of other books or fairy tales that you enjoyed reading. Which characters would you want to become real, and why?

How might reading a story like Between the Lines together provide mothers and daughters with a vehicle for getting to know one another better? What other novels might serve a similar purpose and why would you recommend them?

Samantha van Leer is a sophomore at Vassar College majoring in psychology with a minor in human development. She has four dogs: Alvin, Harvey, Dudley, and Oliver—for whom the prince in this story is named.