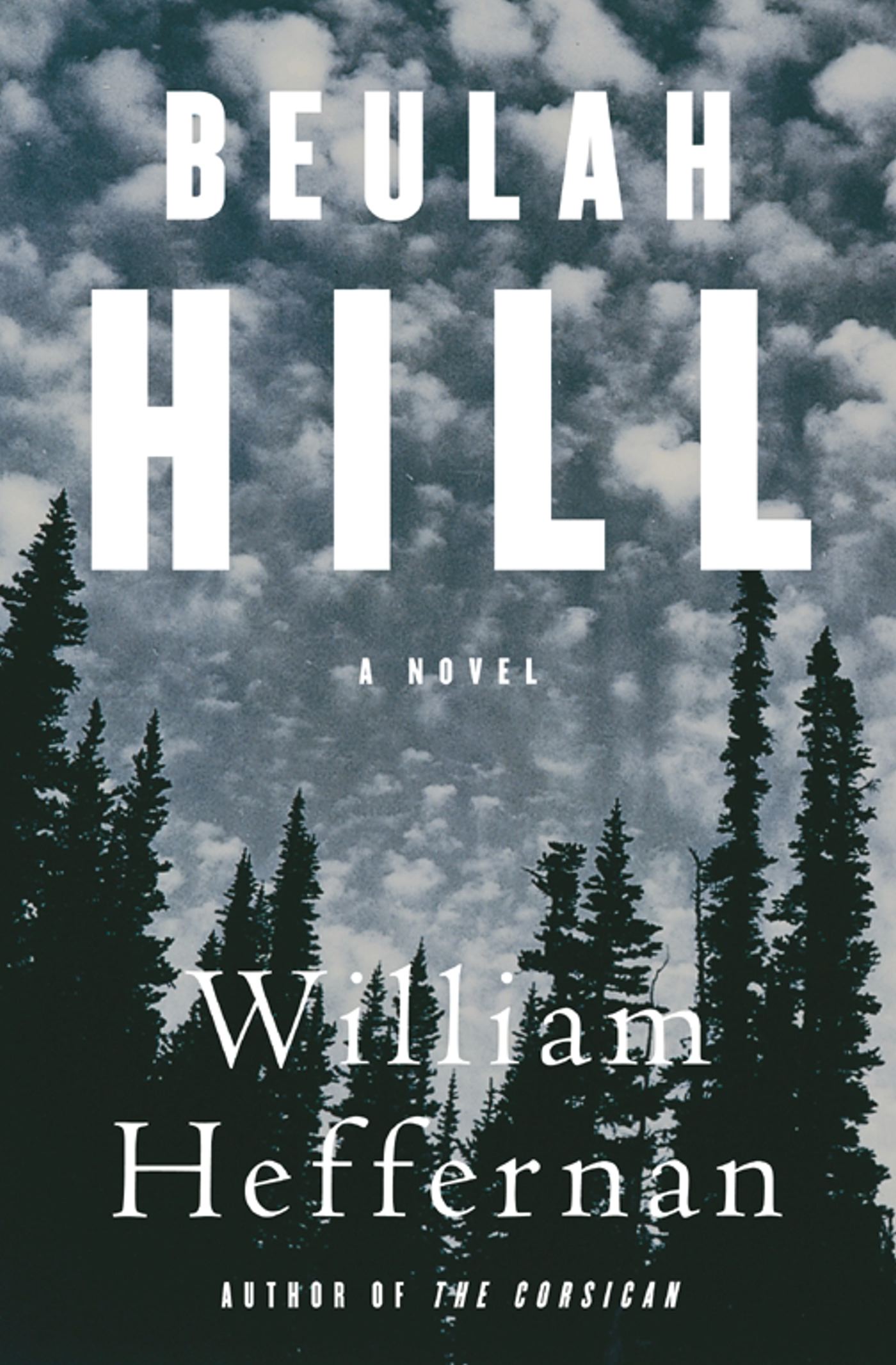 By William Heffernan
LIST PRICE $19.99
PRICE MAY VARY BY RETAILER

A novel of rare literary distinction, an erotic thriller combined with a true mystery, and a look back at a little-known part of the American societal patchwork -- Beulah Hill, by bestselling author William Heffernan, is a brilliant and deeply original work of fiction.
Set in the 1930s, the story follows the investigation of a racially motivated murder in a rural Vermont town and the shocking ramifications it has on that backwoods community, which had once served as a stopping place for runaway slaves. Having made new lives for themselves there, many of these former slaves had married interracially. As a result, over several generations, the progeny of what were originally black families became what was known as "bleached" and were absorbed by the white community. Still, they were not accepted by all, and not all the blacks joined in interracial unions.
The result was an atmosphere of tension and distrust that -- as so vividly rendered in this novel -- occasionally exploded in acts of violence...and even murder.
Played out against this vivid backdrop, at a time when the Great Depression had created an atmosphere of fear and Adolf Hitler was just beginning his reign in Germany, Beulah Hill tells the story of a white man who was murdered in an almost ritualistic manner on land owned by the only remaining black family in that small town. Heading the investigation is a young constable who is himself a deeply conflicted member of the "bleached" underclass and who is intimately involved with the proud and headstrong black woman at the center of the killing.
Depicting larger-than-life characters, including a black patriarch who rules his farm on Beulah Hill with an iron fist, Heffernan paints a startlingly authentic portrait of a town caught in the grip of seething prejudice, forbidden eroticism, and hard times.

I laid down my pen and stared at the page. I was seated at the small desk in my kitchen, which also serves as my official office, going over the list of delinquent taxes, which as town constable it is my sworn duty to collect. In truth, I was trying to find a way not to collect these taxes. This Great Depression we are now enduring has made payment an impossibility for most of our citizens, and I have come to believe that the law must be subverted wherever possible.
I was pondering this dilemma at eight o'clock in the morning when Abel Turner burst in on me awash in sweat, eyes wide with disbelief and terror. Abel is a big man, well over six feet and a good 220 pounds, and terror does not rest easily on his broad, bearded face.
"They kilt Royal," he stammered. "The niggers. They kilt him an' left him in the woods gutted like a goddamn deer."
I stood and shook myself, then walked toward him, still not wanting to believe what he was saying. "Hold on a minute, Abel. Are you talking about Royal Firman?" I asked.
"Tha's right. Tha's right," Abel stammered. "He's up in the woods off Nigger Hill, layin' upside an old maple. His guts are in his goddamn lap." He shook his head; shuddered.
Abel's words sent a chill through me as well, but for a different, more personal reason, and it took me a moment to gather my thoughts.
"What were you doing up there, Abel?" I threw the question at him like a punch to the belly. I knew he lived in another part of town, in an area known as Morgan Hollow, close to his job at the sawmill run by Royal's father. I also knew there was no logging being done in the area he was talking about, so there was no reason for him to be on Nigger Hill.
He stared at me, eyes filled with disbelief. "What the hell diff'ence does it make. I'm tellin' ya that Royal's been kilt, an' the niggers done it."
"I need to know it, Abel." I waited, casually running one finger along my mustache; feeling its slight droop at the corners of my mouth. Then I snapped out at him, "So just tell it." I knew if I didn't get Abel to tell me everything now, I'd get none of it later. Then everything he said would be colored by what he and Royal's father and their friends wanted me to know.
He shifted his weight and refused to meet my eyes. "I was in scoutin' fer deer." He looked up and glared at me. "But I din' take none."
I nodded, but said nothing. Deer season was still several weeks off, and as town constable I am supposed to help the wardens with poachers. But as I said before, this Great Depression we are living through has hit this area hard, and I decided long ago that poaching was another law I would try to ignore. There are a bit more than five hundred souls living here in Jerusalem's Landing, some two hundred odd families, and if each of those families needs an extra deer to see them through the winter, so be it.
I stared hard at Abel. Like most people in town, he knew my stand on poaching. It had been a safe answer for him.
"Were you alone in the woods?" I asked.
"What the hell diff'ence..."
I raised a hand, cutting him off. "I'm not worried about deer right now, Abel. But if Royal's been killed there's the question of evidence," I explained. "Tracks. Anything left behind. A cigarette butt, the button off a coat. So I'll need to know where you were when you first went in the woods, and every place you went after you were in there. I'll also need to know about anything you left behind, where you might of taken a piss, everything. And I'll need to know the same about anyone who was with you. Otherwise I might confuse tracks and things that you or someone else left behind with those of the killer."
"Hell, ya know who kilt Royal, dammit. There ain't no question 'bout that." Abel's face was red, anger now replacing the terror and disbelief.
"I don't know anything yet, Abel, and neither do you," I said. "Not unless you saw the killing. Did you?"
A tremor seemed to course through his body. "No, dammit. I jus' found him like I said. But I know who done it. And so do you. It was that goddamn nigger, Jehiel Flood. Ain't no question 'bout it."
"So you say, Abel. That's what we're going to go and find out."
I went for my red hunting jacket and my wide-brimmed Stetson, and strapped on the old Colt pistol I had inherited from my father when I had taken over his job. I turned back to Abel. "I want you to take me to where you found the body. But first I want to stop and pick up Doc Hawley and Johnny Taft. If you haven't messed up all the tracks, might be Johnny can lead us straight to whoever did this."
* * *

We returned to the body and I asked Doc to remove Royal's boots. He looked at me as though I was mad, but did as I asked, then grunted and gave me a sly look. The socks were wet and held traces of crumpled leaves. "So you think whoever lugged him in here wore his boots." He pulled back one boot flap and checked the size. "Hell, it's a size twelve. Just about anybody could of fit into these."
"Looks like somebody was playin' this real smart," Johnny said. "I'll go up and down the stream, see if I can find where the track went in. Maybe that'll tell us somethin'."
"Maybe," I said. "But I think the socks are wet because his boots were pulled off in the stream. I think you're gonna find different boot tracks going in, and that's not gonna tell us much of anything. Not the way this land is hunted."
"I'll check 'long the bank, see if I kin find the place they laid him down," Johnny said. "Maybe there'll be a diff'ent boot track close by."
"Do it," I said, then turned to Doc. "How long has he been dead?" I asked.
Doc scratched his scraggly red beard. "Since sometime yesterday. Rigor mortis is almost gone." He pulled a pocket watch from his vest. "I'd guess five or six last evening."
I stared down at the body. "I don't understand why nothing got to him," I said. "These woods are overrun with coyotes and ravens." I shook my head. "It's almost like somebody stayed here with him through the night."
Johnny pointed to impressions in the leaves to one side of the body. "Coulda been two people," he said. He knelt and studied the ground, then picked a bit of white substance mixed among the leaves and held it between his fingers. "Candle wax," he said. "Looks like they sat with 'im a long time."
I moved back to the body and lifted Royal's head. His neck was still stiff from the lingering affects of full rigor, but I forced the head back. I wanted a better look at something I thought I'd seen earlier. I brushed away the lock of hair that hung across his forehead. Three small crosses, the middle one larger than the two at either side, had been painted in the center of his forehead.
"Ba-stid," Abel said. "Candles. Crosses." His shoulders shook as another shudder went through him. "Goddamn nigs is doin' voodoo."

Martin Cruz Smith William Heffernan is one of the rare mystery writers who cares about soul.

Nelson DeMille Heffernan is a master of scene setting, characterizations, plot, and dialogue.

By William Heffernan
LIST PRICE $19.99
PRICE MAY VARY BY RETAILER