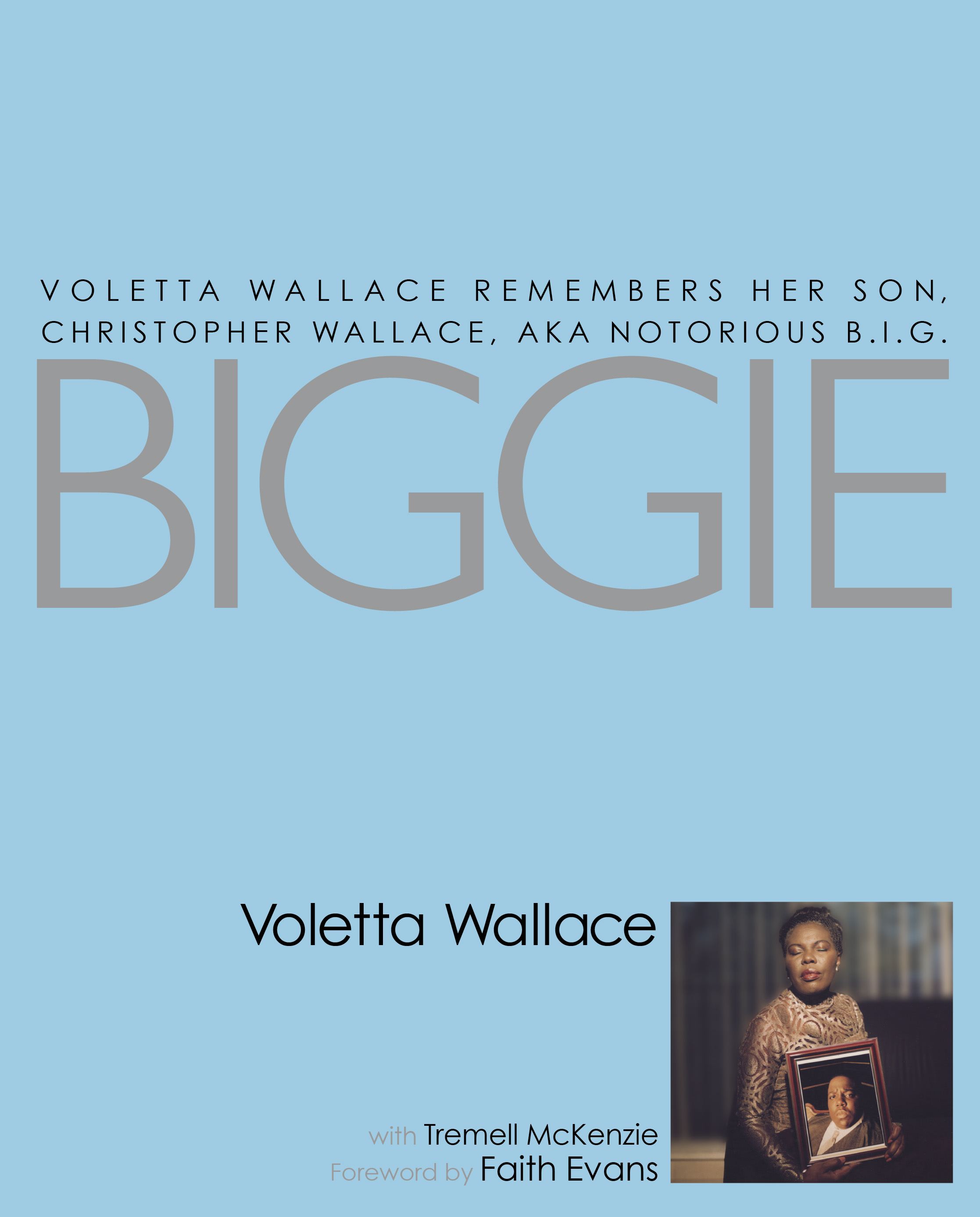 Voletta Wallace, the mother of Christopher, aka Notorious B.I.G., became a matriarch of hip-hop on March 9, 1997, the night her legendary son was murdered. An intensely private and religious person, she was thrust into the spotlight of the media and charged with managing the legacy of a hip-hop generation immortal.
Biggie reveals the story of how Ms. Wallace came to America and raised a son who -- in a life cut too short -- grew to be one of the most beloved recording artists of his generation. Ms. Wallace, born and raised in Jamaica, West Indies, immigrated to the United States as a young woman, aspiring to her version of the American Dream. Once here, she fell in love. The relationship didn't work out, but it did result in a beautiful son. The bright and precocious Christopher became the center of her world, and she the foundation of his.
Ms. Wallace settled in Brooklyn, New York, pursued a career in early childhood education, and worked hard at not only keeping her own son on the straight and narrow but lovingly and firmly guiding other people's sons and daughters. Biggie is Voletta Wallace's story and her tribute-in-writing to her beloved son. In a no-holds-barred way, she tells the truth about the night her son was senselessly shot, the terrible aftermath, and what she believes led to his untimely death. She shares her misgivings about the treacherous nature of the entertainment industry and condemns the individuals who posed as friends of her late son while treating her and his memory with little respect. She acknowledges those -- the mothers of other slain hip-hop artists, including Tupac Shakur and Jason Mizell -- who gave her moral and material support in the dark moments of mourning her son and attending to the business and legal issues, many of which remain unresolved.
Faith Evans, Christopher's widow, the mother of his child -- and a recording star in her own right -- contributed a heartfelt foreword to this book. Evans remains at Voletta Wallace's side as she continues the struggle to keep open the investigation of her son's murder and see that justice is done. She and so many others, in and out of the hip-hop community, continue to work with Ms. Wallace in support of the Christopher Wallace Foundation, an organization dedicated to the well-being and education of inner-city youth.
For more information, visit www.cwmf.org.

Voletta Wallace, a retired teacher, is founder of the Christopher Wallace Memorial Foundation. She lives in Pennsylvania.

"You can't know the complete story of Biggie until you know what his mom has to say...[Voletta Wallace] is not giving you the polite story, this is the real story from Mom's side, which is essential to understanding who Biggie was."
-- Toure, Rolling Stone magazine

"Ms. Voletta Wallace is a gracious and wonderfully honest and sincere human being. I'm glad others are finally getting the opportunity to hear this very special soul share her grief, strength, hope and the painful reality of life without her precious baby boy.
"She is an incredibly strong woman who makes all of us proud of her grace in the face of ugliness. Read this book and remember this Jamaican American Queen and her uniquely talented son Christopher."
-- Afeni Shakur-Davis