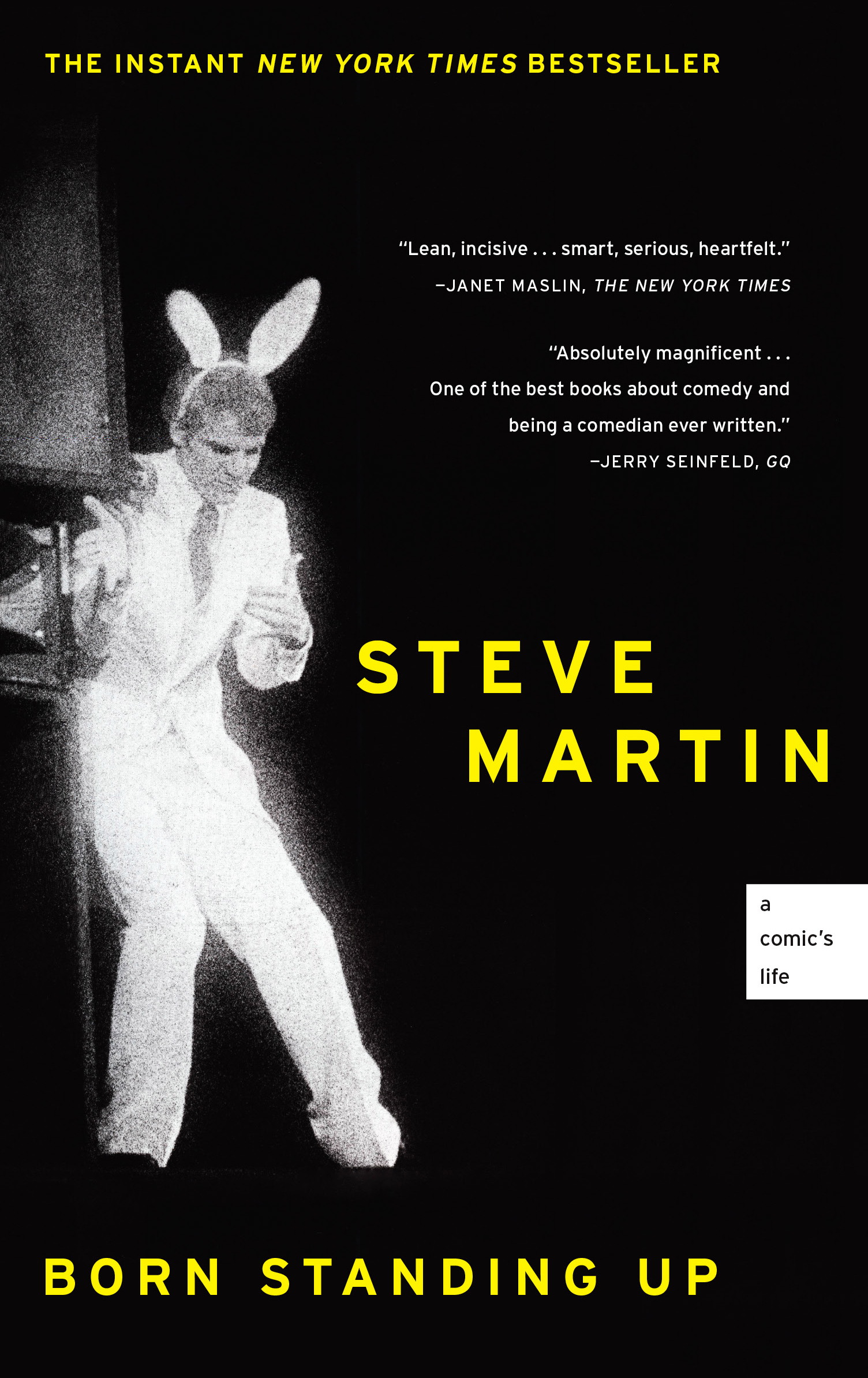 The riveting, mega-bestselling, beloved and highly acclaimed memoir of a man, a vocation, and an era named one of the ten best nonfiction titles of the year by Time and Entertainment Weekly.

In the mid-seventies, Steve Martin exploded onto the comedy scene. By 1978 he was the biggest concert draw in the history of stand-up. In 1981 he quit forever. This book is, in his own words, the story of “why I did stand-up and why I walked away.”

Emmy and Grammy Award–winner, author of the acclaimed New York Times bestsellers Shopgirl and The Pleasure of My Company, and a regular contributor to The New Yorker, Martin has always been a writer. His memoir of his years in stand-up is candid, spectacularly amusing, and beautifully written.

At age ten Martin started his career at Disneyland, selling guidebooks in the newly opened theme park. In the decade that followed, he worked in the Disney magic shop and the Bird Cage Theatre at Knott’s Berry Farm, performing his first magic/comedy act a dozen times a week. The story of these years, during which he practiced and honed his craft, is moving and revelatory. The dedication to excellence and innovation is formed at an astonishingly early age and never wavers or wanes.

Martin illuminates the sacrifice, discipline, and originality that made him an icon and informs his work to this day. To be this good, to perform so frequently, was isolating and lonely. It took Martin decades to reconnect with his parents and sister, and he tells that story with great tenderness. Martin also paints a portrait of his times—the era of free love and protests against the war in Vietnam, the heady irreverence of The Smothers Brothers Comedy Hour in the late sixties, and the transformative new voice of Saturday Night Live in the seventies.

Throughout the text, Martin has placed photographs, many never seen before. Born Standing Up is a superb testament to the sheer tenacity, focus, and daring of one of the greatest and most iconoclastic comedians of all time.

I DID STAND-UP COMEDY for eighteen years. Ten of those years were spent learning, four years were spent refining, and four were spent in wild success. My most persistent memory of stand-up is of my mouth being in the present and my mind being in the future: the mouth speaking the line, the body delivering the gesture, while the mind looks back, observing, analyzing, judging, worrying, and then deciding when and what to say next. Enjoyment while performing was rare—enjoyment would have been an indulgent loss of focus that comedy cannot afford. After the shows, however, I experienced long hours of elation or misery depending on how the show went, because doing comedy alone onstage is the ego’s last stand.

My decade is the seventies, with several years extending on either side. Though my general recall of the period is precise, my memory of specific shows is faint. I stood onstage, blinded by lights, looking into blackness, which made every place the same. Darkness is essential: If light is thrown on the audience, they don’t laugh; I might as well have told them to sit still and be quiet. The audience necessarily remained a thing unseen except for a few front rows, where one sourpuss could send me into panic and desperation. The comedian’s slang for a successful show is “I murdered them,” which I’m sure came about because you finally realize that the audience is capable of murdering you.

Stand-up is seldom performed in ideal circumstances. Comedy’s enemy is distraction, and rarely do comedians get a pristine performing environment. I worried about the sound system, ambient noise, hecklers, drunks, lighting, sudden clangs, latecomers, and loud talkers, not to mention the nagging concern “Is this funny?” Yet the seedier the circumstances, the funnier one can be. I suppose these worries keep the mind sharp and the senses active. I can remember instantly retiming a punch line to fit around the crash of a dropped glass of wine, or raising my voice to cover a patron’s ill-timed sneeze, seemingly microseconds before the interruption happened.

I was seeking comic originality, and fame fell on me as a by-product. The course was more plodding than heroic: I did not strive valiantly against doubters but took incremental steps studded with a few intuitive leaps. I was not naturally talented—I didn’t sing, dance, or act—though working around that minor detail made me inventive. I was not self-destructive, though I almost destroyed myself. In the end, I turned away from stand-up with a tired swivel of my head and never looked back, until now. A few years ago, I began researching and recalling the details of this crucial part of my professional life—which inevitably touches upon my personal life—and was reminded why I did stand-up and why I walked away.

In a sense, this book is not an autobiography but a biography, because I am writing about someone I used to know. Yes, these events are true, yet sometimes they seemed to have happened to someone else, and I often felt like a curious onlooker or someone trying to remember a dream. I ignored my stand-up career for twenty-five years, but now, having finished this memoir, I view this time with surprising warmth. One can have, it turns out, an affection for the war years. 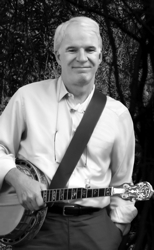 Steve Martin is one of today's most talented performers. He has had huge success as a film actor, with such credits as Cheaper by the Dozen, Father of the Bride, Roxanne, Parenthood, L.A. Story, and many others. He has won Emmys for his television writing and two Grammys for his comedy albums. In addition to his bestselling novel The Pleasure of My Company and a collection of comic pieces, Pure Drivel, he has also written a play, Picasso at the Lapin Agile. He lives in Los Angeles.

"Absolutely magnificent. One of the best books about comedy and being a comedian ever written." - Jerry Seinfeld, GQ