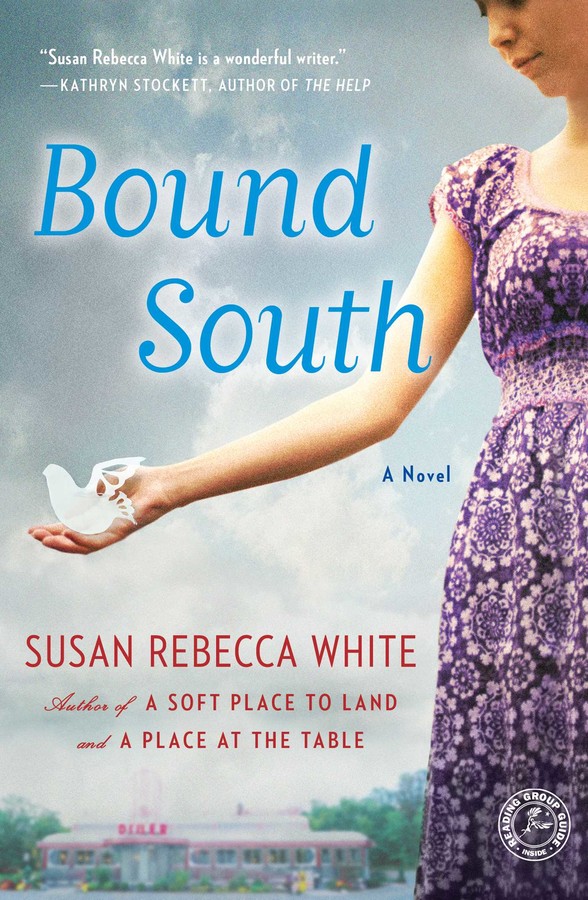 From the award winning author of A Soft Place to Land and A Place at the Table comes a tale of three vibrant and unique Southern women—Louise, Caroline, and Missy—as their lives intersect in unexpected and extraordinary ways.

From the outside, Louise Parker seems like a proper Southern matron. But inside, Louise seethes. She’s thwarted by her seemingly perfect husband, frustrated with her talented but rebellious daughter, scarred by her philandering father, and exasperated by her unstable mother. Louise simply doesn’t know how to stop playing the role she’s been starring in for her entire life.

A gifted actress, Louise’s daughter Caroline can make any character seem real when she takes the stage. But Caroline is lost when it comes to relationships, especially when dealing with her mother. When Caroline’s young, handsome drama teacher seduces her, she can’t resist. But her forbidden affair will lead Caroline to a different kind of stage, with a new audience.

Missy loves Jesus nearly as much as she misses her father, a part-time minister who deserted his family when Missy was three. She accompanies her mother to work as a maid at the Parker residence, for two reasons: to help her mother to clean the house and to save the Parkers’ irreverent son Charles.

By turns hilarious and poignant, this is a richly compelling debut novel of family, friendship, and folly.

Bound South is a multi-generational Southern novel told by three women who weave in and out of each others lives as they find themselves, and their place in the world. Through three distinct voices we learn how about: Louise Parker a proper Southern Dame, her daughter Caroline Parker, a rebellious young woman with a flair for acting; and Missy, a deeply religious girl, whose mother works for the Parkers, will            From Louise we hear about the struggles and joys of marriage and motherhood in one of Atlanta’s premier neighborhoods. The seemingly naïve Missy will use her faith as a compass to guide her through some of life’s most trying lessons. Caroline must learn to deal with relationships, both familial and romantic, while maintaining her unique spirit and preparing to play the most important role she’ll ever land, herself.

1- What effect did it have for you to read the novel from three different characters’ first-person perspectives? How did hearing the women’s stories lend them more credibility? How did it make them more unreliable as narrators?

2- In the first chapter Louise tells us that “[she has] studied the perception of fear versus the reality of actual danger…and how it is internalized racism that makes us scared of those who are – in fact- quite often the most vulnerable and disadvantaged” (pg 15). Discuss the role of racism in Louise’s life. How does she aim to regulate her feelings? What are some of her fears about people of other races? Other religions? Other classes?

3- Discuss the relationship between Louise and Caroline. At what times was it most tumultuous? What did you see as some turning points in the way they deal with one another? When Caroline is a teenager, Louise seems to have nurturing feelings toward her only when Caroline is completely submissive. In what other ways do the two struggle to control the power dynamic in the relationship? How do you think their relationship will grow and change as Caroline becomes a woman?

5- In what ways is Missy a stereotypical Southern girl? What makes her different?

6- Discuss the reactions that each of the characters has to “Every Woman has Some Jesus in Her,” the Earl LeTrouve rendition of Jesus in a ball gown that hangs in Louise and John Henry’s home. How do you think the more religious characters in the book feel about seeing Jesus dressed in drag? Why might some of the characters appreciate it as art?

7- How do other characters in the book become attached to different material things? Why do you think Missy stole the small bird sculpture from the Parker home? (pg 60) How did you react to Louise saying, “I know how hard it can be to be surrounded by beautiful things you can’t have”? (pg 73)

8- Louise and Tiny have been friends since they were girls – discuss their friendship. Louise says, “often when Tiny reminisces about experiences we shared during our youth I have no memory of what she is talking about” (pg 77). What does it mean to Tiny to hang on to the memory of their youth, while Louise seems to forget about it?

9- Louise remembers feeling a mean satisfaction at other people’s misery during childhood (pg 79). This is called Schadenfreude which is defined as “satisfaction or pleasure felt at someone else's misfortune”. Did you notice any other examples of Schadenfreude in your reading of Bound South? Why do you think one person’s happiness is sometimes dependent on another’s unhappiness?

11- Why do you think Louise still thinks about her college fling, Ben Ascher? How does she think her life would have turned out had she stayed with him? From what you’ve read of the romantic relationships in the book, do you think one’s mate determines one’s happiness?

12- Discuss the role of religion for the various characters in the novel. In what ways does religion unite them across class, racial and sexual lines? In what ways is religion polarizing? How have Missy’s strong religious beliefs shaped her life and the difficult decisions she has had to make? What has been Caroline’s relationship with religion? When does she need it most? How does it affect her relationship with her family?

13- How does Charles’ discussion with his parents about his sexuality (pg 297) affect John Henry’s understanding of his brother Wallace’s suicide? Does he show signs of being more understanding of homosexuality by the time his son comes out to him?

14- At the beginning of Part 3, Missy and Charles take off in search of Missy’s absent father. She remembers an idyllic childhood with him. “At that moment everything was okay. Daddy was home and he still loved me and I still loved him” (pg 231). Do you ever believe that one small change - like finding a loved one, or the perfect relationship - will solve all of the other problems in life? How is this thinking flawed? In what ways can it backfire like it did for Missy?

15- In Chapter 16, Louise write two letters responding to Caroline’s request to hear about her engagement story. Why do you think that Louise decides to send the abridged, sugared letter, instead of the brutally honest one? How might it have affected Caroline to read the truth about her parent’s courtship and engagement?

16- Which of the characters (Aside from Nanny Rose, of course) do you think would pass Caroline’s test of a true Southern Dame? (pg 369)

2- Bound South highlights the friendship between Tiny and Louise, which has been in place since childhood.  Talk, bring in a picture of or even have a childhood friend join your bookclub and talk about a fun memory from growing up!

3- Louise has a deep appreciation for art; stop in at a local museum or galley before your meeting. 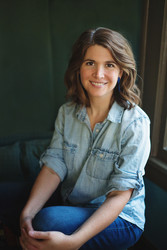 Susan Rebecca White is the author of three critically acclaimed novels, Bound South, A Soft Place to Land, and A Place at the Table. A graduate of Brown University and the MFA program at Hollins University, Susan has taught creative writing at Hollins, Emory, SCAD, and Mercer University, where she was the Ferrol A. Sams, Jr. Distinguished Chair of English Writer-in-Residence. An Atlanta native, Susan lives in Atlanta with her husband and son.

"Like its characters, "Bound South" comes dressed in innocence and comedy, a series of hilarious and poignant stories told in gossipy backyard-fence style. But underneath, its concerns are far more serious..." -- Atlanta Journal-Constitution

"This acclaimed funny and poignant debut novel describes the clashes between the new and old South..." -- San Francisco Examiner

"A Southern classic based on the New South -- the one Margaret Mitchell never knew...this is a story that book clubs will enjoy discussing for years to come." -- Roanoke Times

"White captures the truth both of the South and humanity." -- Durham Herald-Sun

"An elaborate, generation-spanning southern tale of family life in the vein of Rebecca Wells." -- Booklist

"From Chapter One, you are in the unsentimental, annoying, and enormously funny New South. Susan Rebecca White has perfect pitch and a wicked pen." -- Anne Rivers Siddons, New York Times bestselling author of Off Season

"I was enthralled by this book. In fact, I think I know some of the characters." -- Ann B. Ross, author of Miss Julia Strikes Back

"Move over, Margaret Mitchell -- and Tom Wolfe, too! Nobody has ever written about Atlanta with such insight and humor -- and she gets it all right..." -- Lee Smith, author of The Last Girls