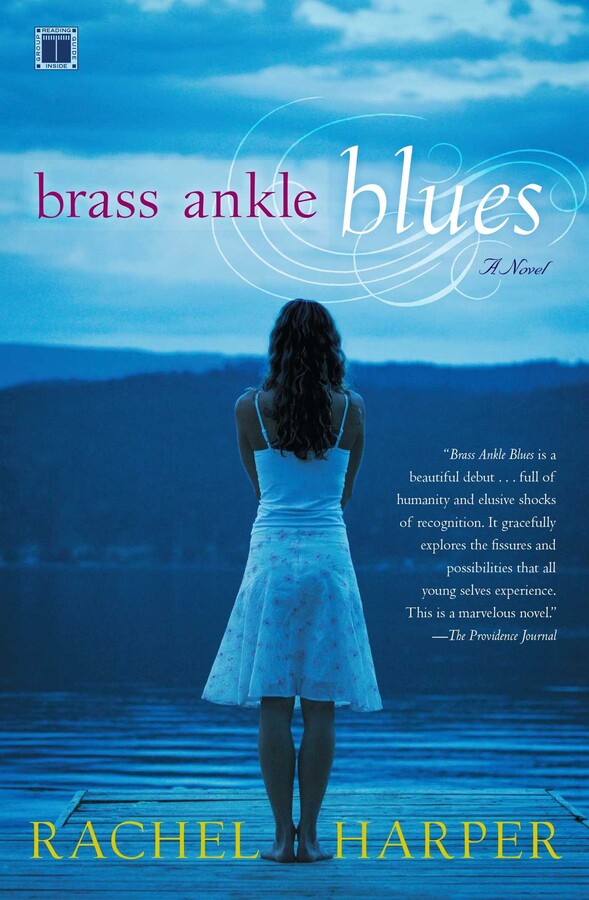 "When I was seven I told my father that I wanted to grow up to be invisible." So begins this stunning debut novel.

As a young woman of mixed race, Nellie Kincaid is about to encounter the strange, unsettling summer of her fifteenth year. Reeling from the recent separation of her parents, Nellie finds herself traveling to the family's lake house with only her father and her estranged cousin, leaving behind the life and the mother she is trying to forget.

Now, as she navigates the twists and turns of first love and shifting family loyalties, what has always been a warm, carefree time is suddenly filled with new tensions. As the summer progresses, Nellie moves toward a definition of self that encompasses all the aspects of her paradoxical -- yet truly American -- identity, only to find her family growing more divided with each passing day. Does her newfound identity require her to distance herself from those she loves?

With depth and compassion, Rachel M. Harper charts the remarkable, captivating journey of a hero-ine's first encounters with our vast and sometimes dangerous country. Not only is Brass Ankle Blues a story of a young woman's search for autonomy, it is also about the things that keep family together: loyalty, forgiveness, and love.

Book Summary:
Brass Ankle Blues is the story of Nellie Kincaid, a fifteen year-old girl of mixed-race heritage dealing with the recent separation of her parents, who have been married for twenty years. She and her father, a professor of Afro-American Literature, are traveling from their home in Boston to their summer house in rural Minnesota, which is home to most of her mother's relatives. Normally an annual summer trip, this year is filled with new tensions, being the first visit since her parents announced their separation, and Nellie's first time traveling anywhere without her entire family unit. Accompanying them is Nellie's first cousin Jess, a troubled white girl from Virginia, who hasn't seen any of her relatives, including her own father (Nellie's uncle) since she was a child.
Throughout the travels of one intense summer, as she deals with the complexities of first love and shifting family loyalties, Nellie moves towards a definition of self that encompasses all aspects of her almost paradoxical, yet truly American, identity. As Nellie struggles to define herself racially, she also tries to place herself in the framework of her complex, and often secretive, extended family, as the lines of kinship that once seemed so clear are becoming more obscure with each passing day. It is a novel focused on the adolescent search for autonomy, but it is also about the things that keep a family together: loyalty, forgiveness, and love.
1. Consider the elements of Nellie's journey as they are divided in the novel -- into three parts. Discuss why the author chose to arrange the events of her story in this way.
2. Why does Nellie feel closer to her father after her parents decide to separate? Why does she ask her mother not to come with them to St. Croix, when it is her mother's family they are visiting? Once you learn the whole truth, do you sympathize with Virginia, or do you agree with Nellie's opinion that she is selfish?
3. What does Aunt Frances mean when she tells Malcolm that now his kids "really won't know who they are?"
4. After their car catches fire, what prompts Jess to suddenly become defensive of her uncle and cousin? What makes her open up to Nellie at the motel?
5. While hitchhiking to Silver Lake, Jess argues with Nellie over whether or not her family is "really black." Nellie says that she "chooses" black -- what prompts her to say this? Contrast this moment with the end of the novel, when Jess points out that Nellie shouldn't have to choose white or black, but that being both should make her feel at home anywhere. Do you agree with Jess? Does this statement reflect a change in the way Nellie sees herself and her place in her family?
6. What is it about Dallas that draws Nellie to him? What parallels can you draw between Dallas' relationship to his hair and Nellie's relationship to her skin?
7. Nellie finds herself torn between Luke and Dallas, the small town white boy and the exotic Indian man. What are the various elements of the two worlds that they represent to Nellie? What is the significance of Luke's behavior (or lack thereof) when his friend calls Nellie a nigger?
8. What changes for Jess and Renny in the moment she learns that he brought her as a baby to stay at Silver Lake? What does the swing set he built for her -- and her current love of swings -- reveal about Jess?
9. Nellie gets injured repeatedly throughout the novel: when she steps on Jess' cigarette, when her would-be kidnapper burns her arm, when the wasp bites her shoulder at the funeral, etc. Do you think the author creates this pattern deliberately? Why or why not? What does Nellie mean when she wonders, "Is this where we find out identities, in the smooth, defiant flesh of our scars?"
10. Brass Ankle Blues encompasses three major destructions: the car fire, the barn fire, and the collapse of the cabin. Discuss what each of these events mean in the grand scheme of the novel and what is lost (both physically and metaphorically) with each.
11. The last line of the novel reads, "a girl knows to make herself whole." How do Nellie and Jess make themselves whole? What about Virginia?

Enhance Your Book Club Experience
1. Nellie's identity crisis is at the core of Brass Ankle Blues. To gain some insight into Nellie's situation, have each member of your Book Club bring an African American or Native American short story or poem to share at your next meeting. Some possible writers include Toni Morrison, Louise Erdrich, Ralph Ellison, Sherman Alexie, Maya Angelou, Nikki Giovanni, and Ray A. Young Bear.
2. Do some research on the historical use of the term "brass ankle" and give a short report at your next meeting.
3. If it's warm outside, make your next Book Club meeting a pig-roast or barbecue at a nearby lake. If the weather is not amenable, take it indoors at a member's home or go out to a great barbecue restaurant. Over cornbread and ribs that even Jess would be proud to eat, discuss the ways in which Nellie's family come together and tear each other apart. 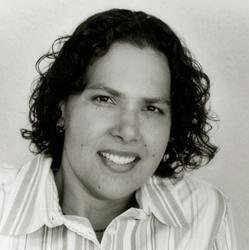 Rachel M. Harper, a graduate of Brown University, has been published in Chicago Review, African American Review, and the anthology Mending the World: Stories of Family by Contemporary Black Writers. She lives in California.

"A mature, intelligent, eloquent, lyrical, insightful work. All the elements of fine writing."
-- Gayl Jones, author of The Healing and Corregidora

"Brass Ankle Blues is a beautiful debut...full of humanity and elusive shocks of recognition. It gracefully explores the fissures and possibilities that all young selves experience. This is a marvelous novel."
-- The Providence Journal