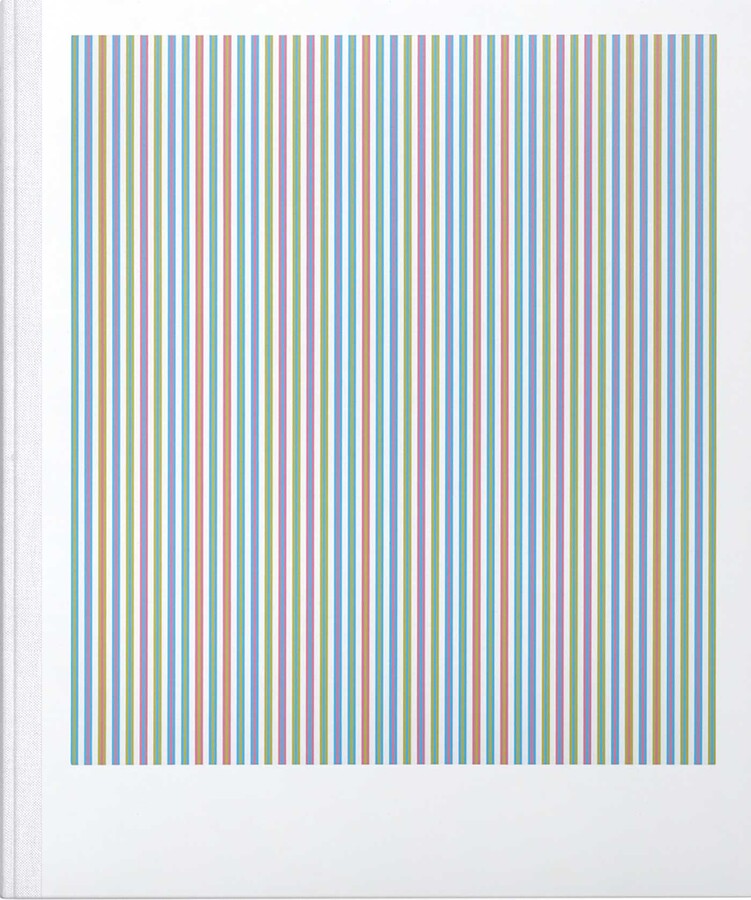 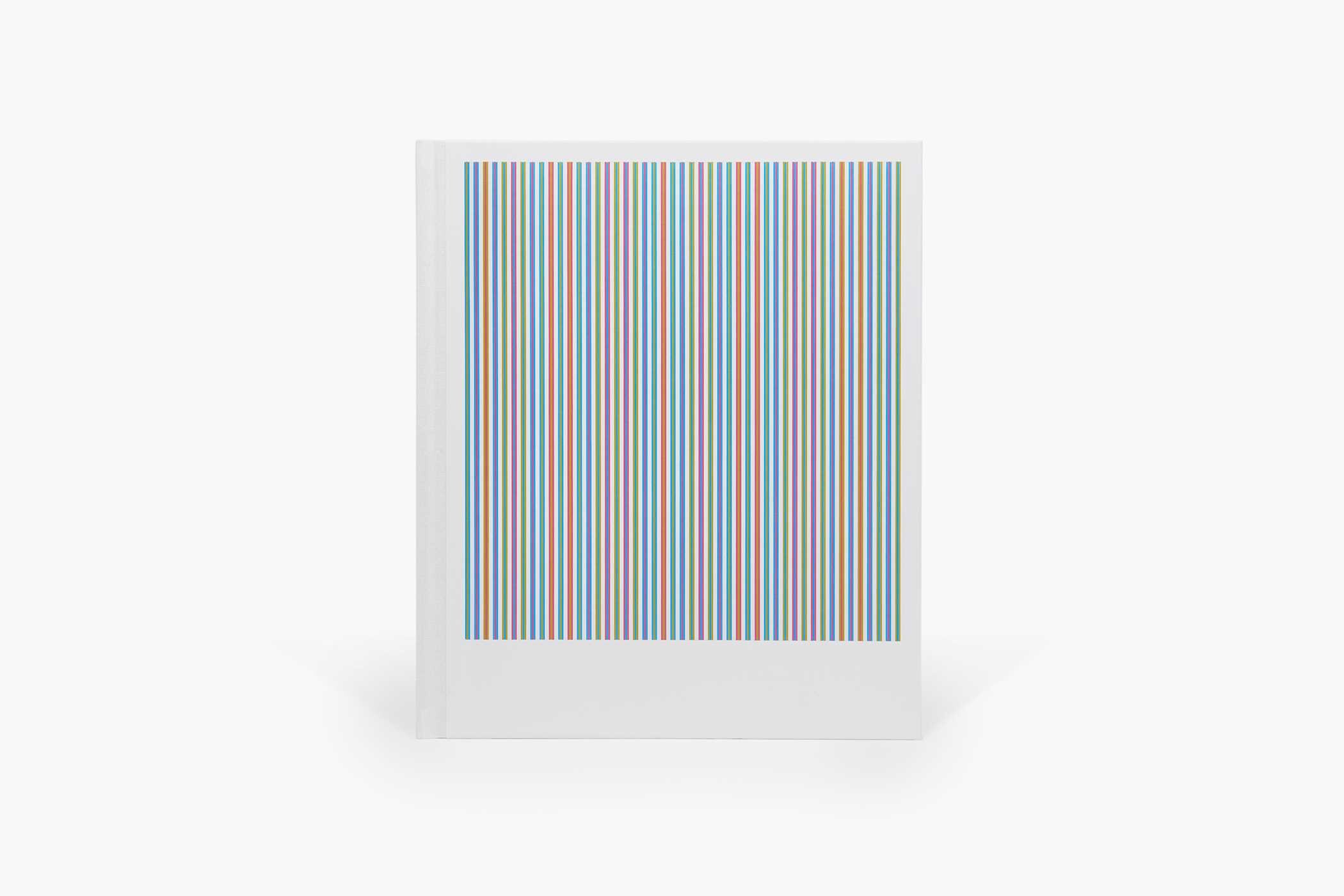 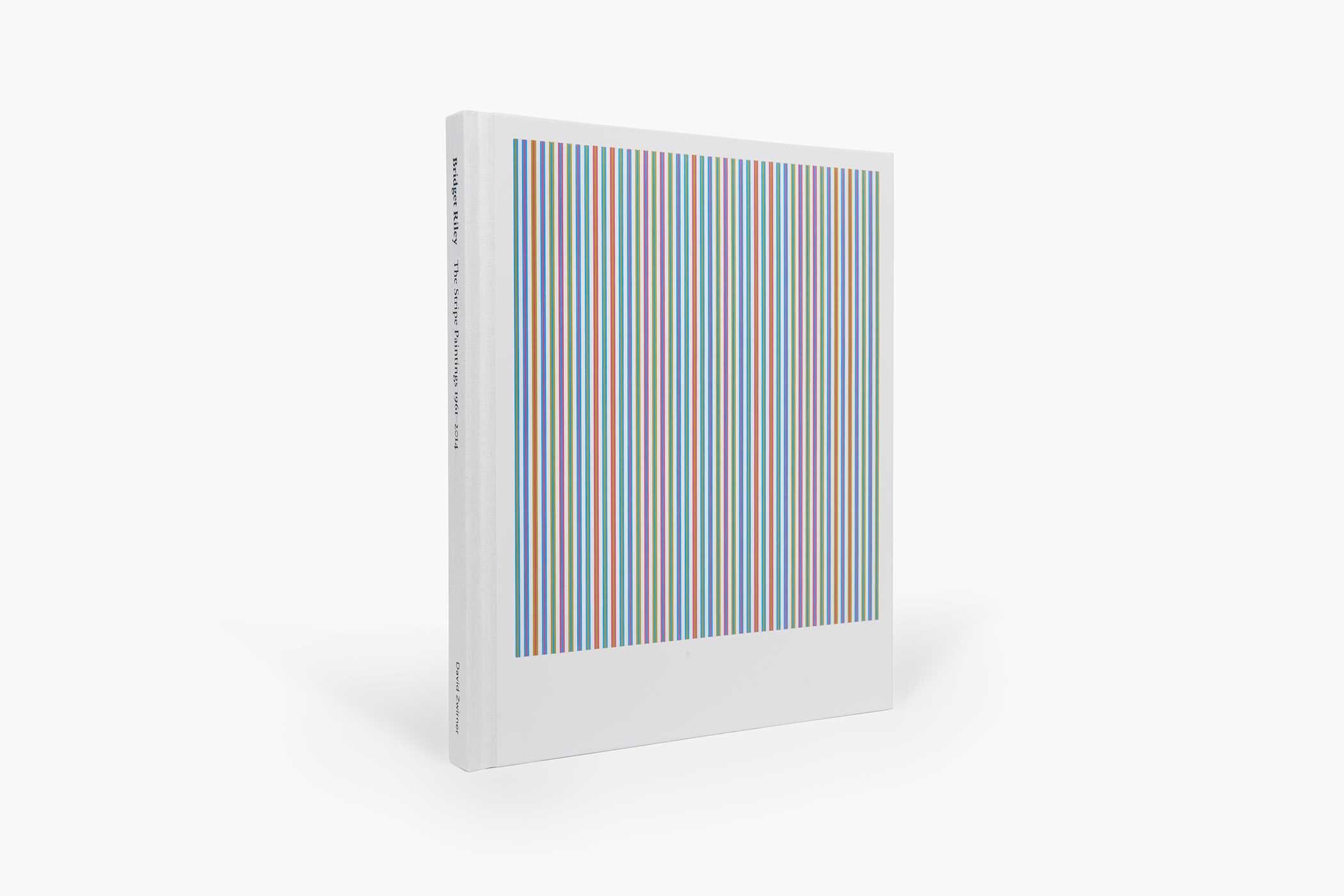 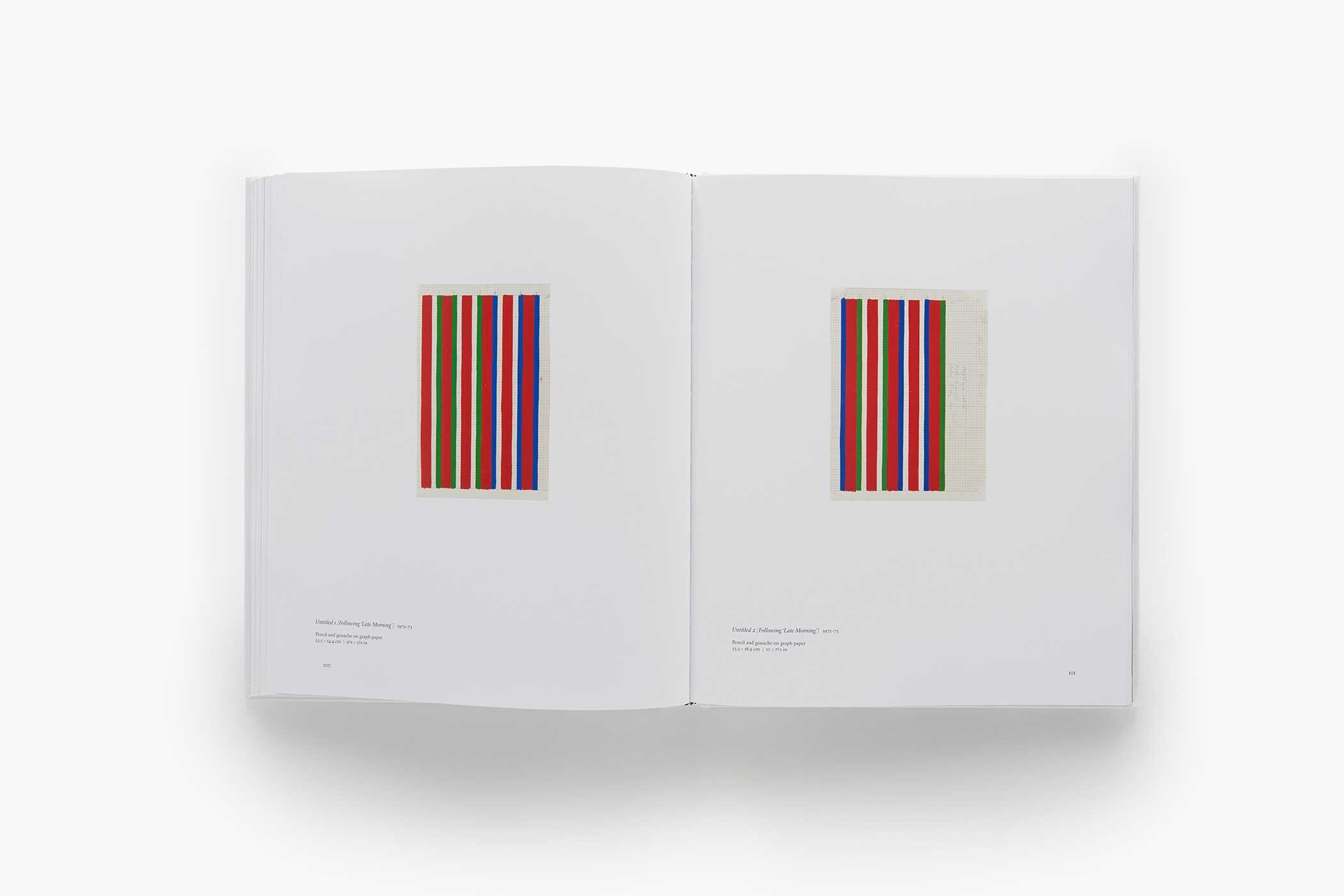 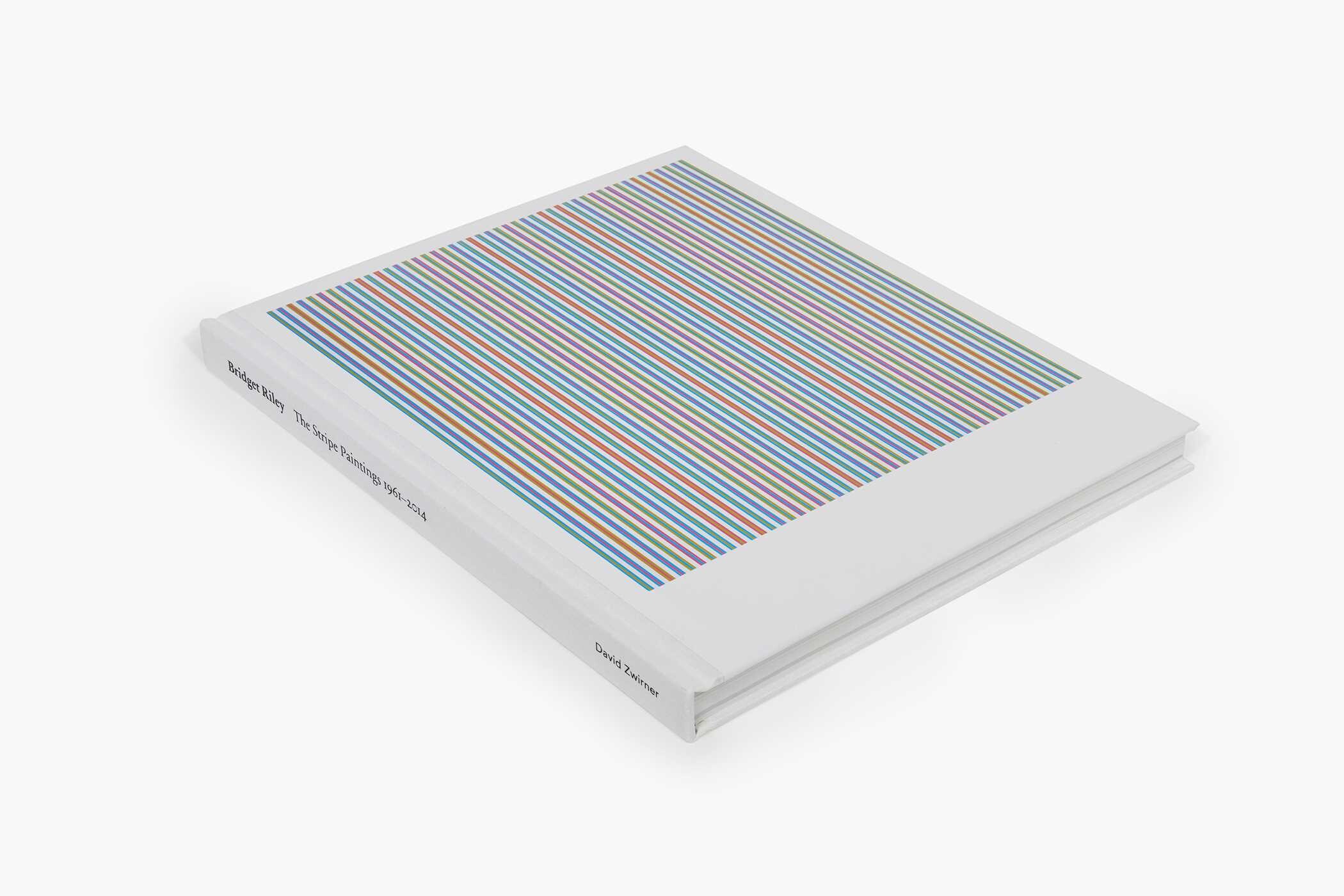 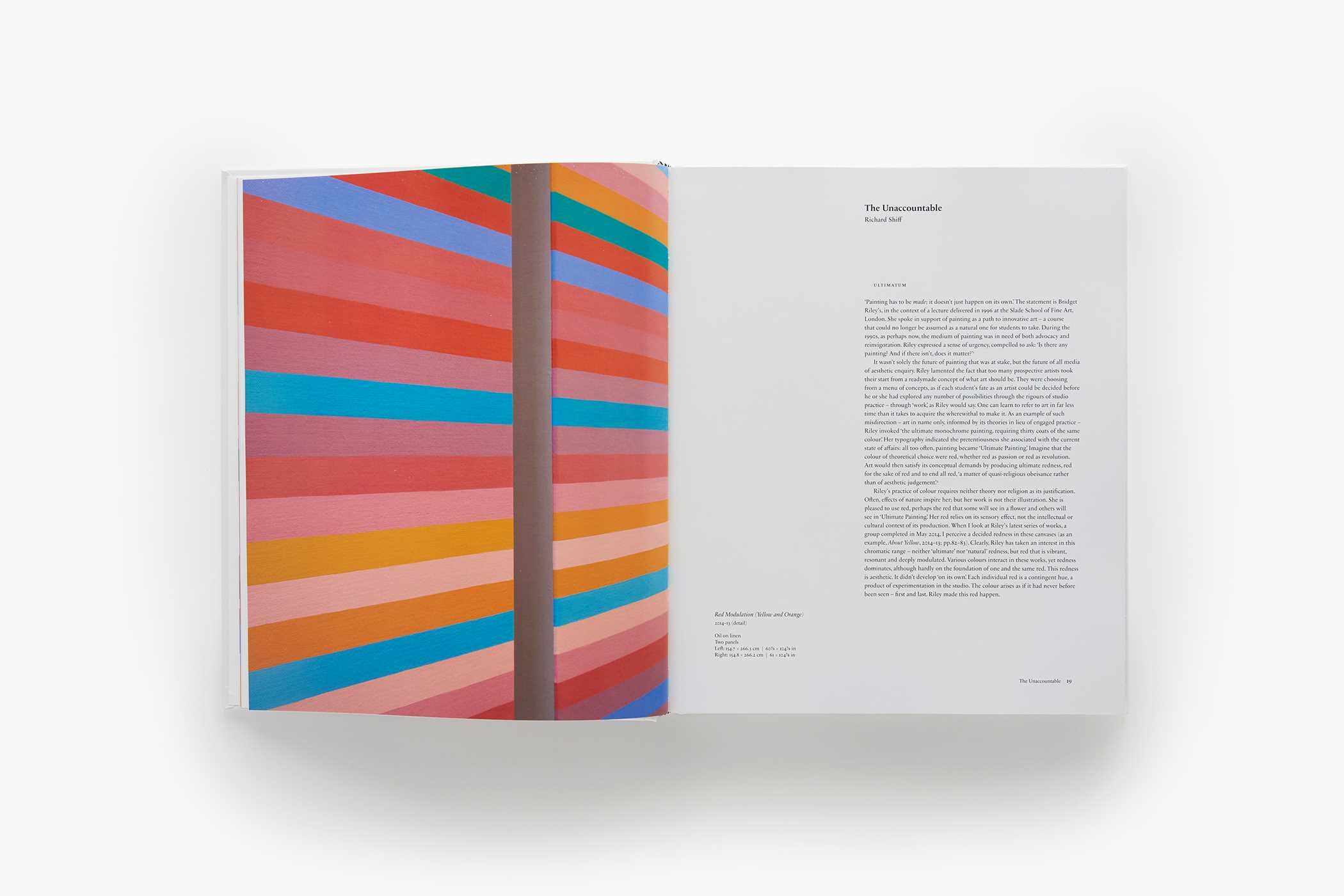 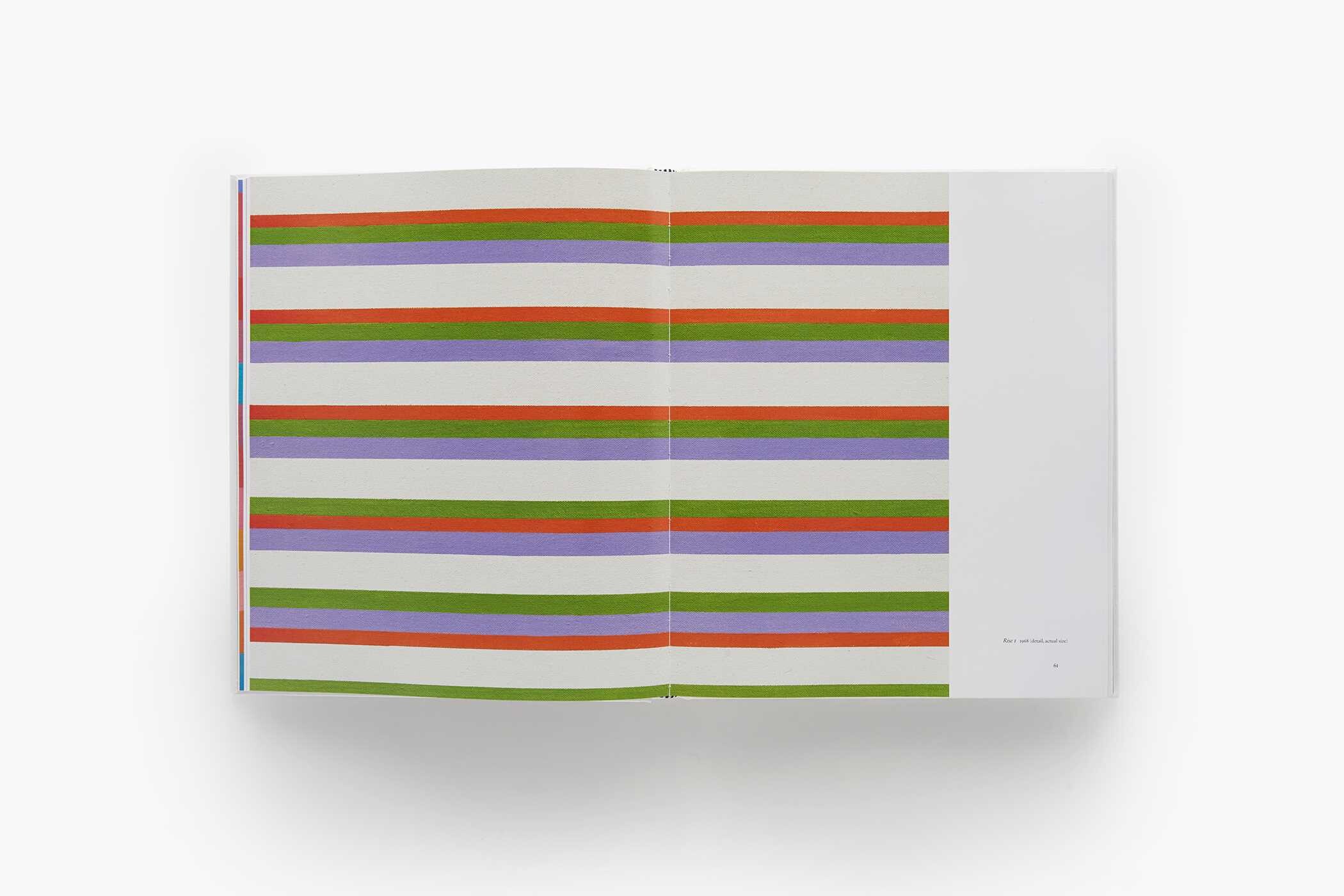 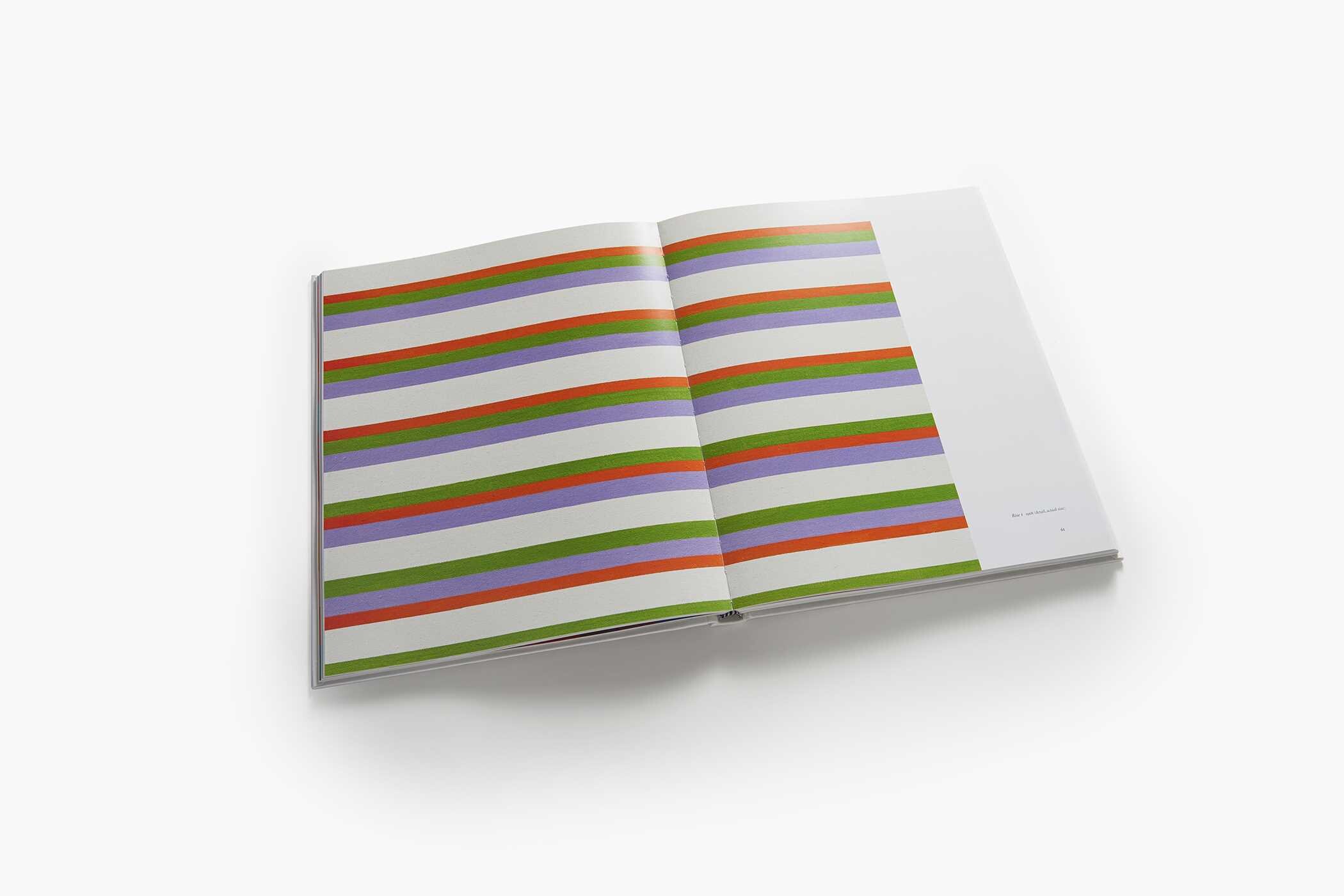 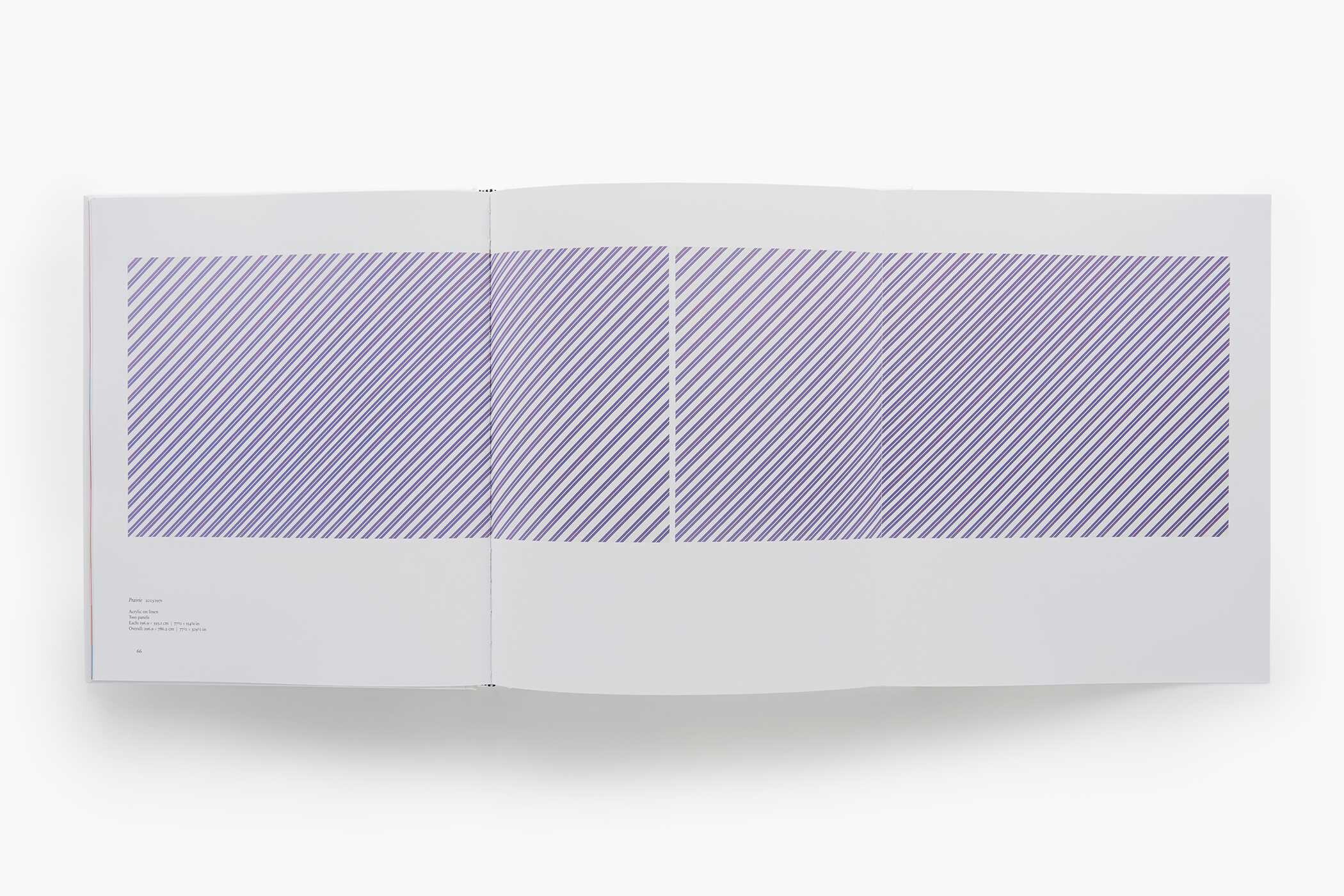 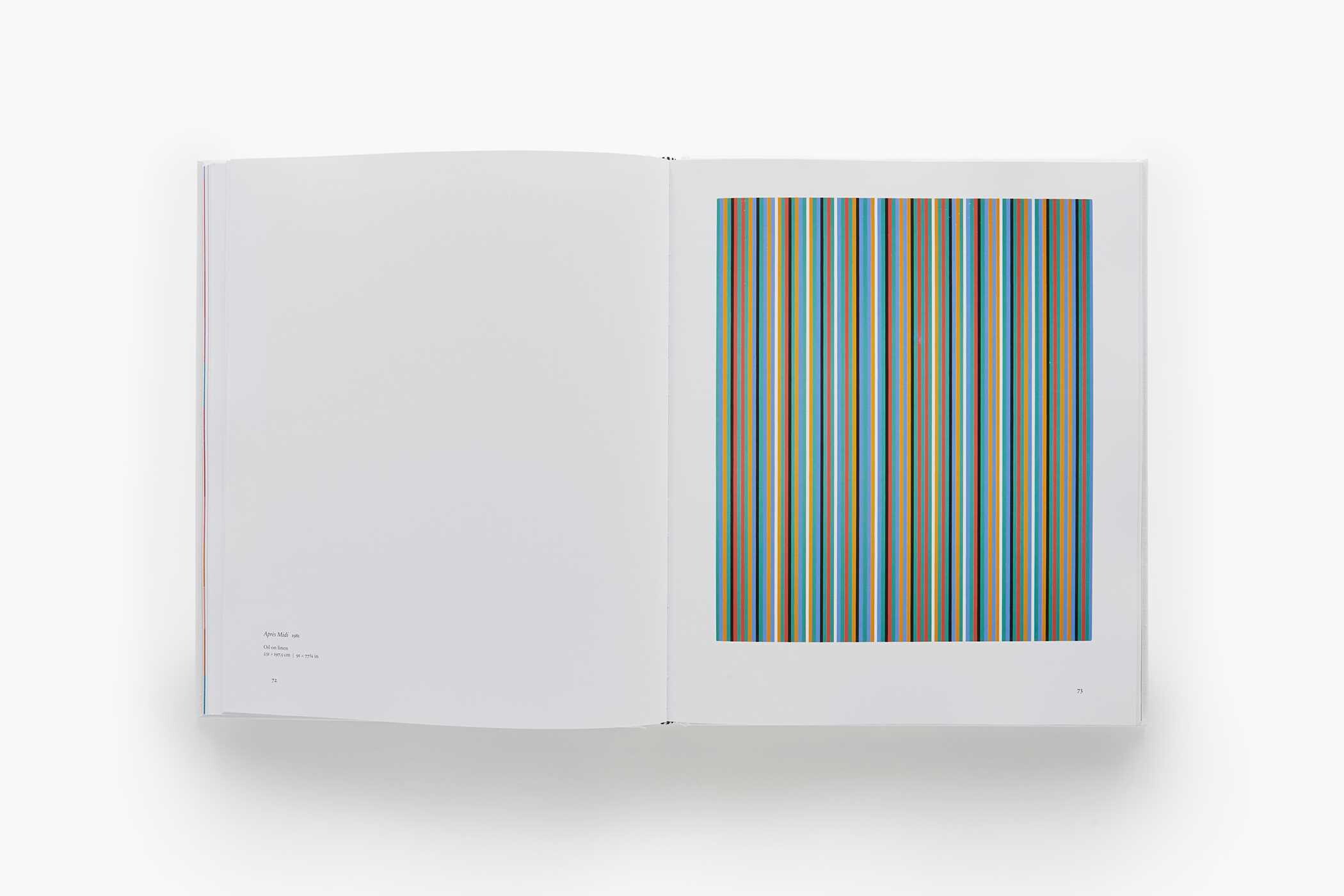 Published on the occasion of Bridget Riley’s major exhibition at David Zwirner in London in the summer of 2014, this fully illustrated catalogue offers intimate explorations of paintings and works on paper produced by the legendary British artist over the past fifty years, focusing specifically on her recurrent use of the stripe motif.

Riley has devoted her practice to actively engaging viewers through elementary shapes such as lines, circles, curves, and squares, creating visual experiences that at times trigger optical sensations of vibration and movement. The London show, her most extensive presentation in the city since her 2003 retrospective at Tate Britain, explored the stunning visual variety she has managed to achieve working exclusively with stripes, manipulating the surfaces of her vibrant canvases through subtle changes in hue, weight, rhythm, and density. As noted by Paul Moorhouse, “Throughout her development, Riley has drawn confirmation from Euge`ne Delacroix’s observation that ‘the first merit of a painting is to be a feast for the eyes.’ [Her] most recent stripe paintings are a striking reaffirmation of that principle, exciting and entrancing the eye in equal measure.”

Created in close collaboration with the artist, the publication’s beautifully produced color plates offer a selection of the iconic works from the exhibition. These include the artist’s first stripe works in color from the 1960s, a series of vertical compositions from the 1980s that demonstrate her so-called “Egyptian” palette—a “narrow chromatic range that recalled natural phenomena”—and an array of her modestly scaled studies, executed with gouache on graph paper and rarely before seen.

A range of texts about Riley’s original and enduring practice grounds and contextualizes the images, including new scholarship by art historian Richard Shiff, texts on both the artist’s wall paintings and newest body of work by Paul Moorhouse, 20th Century Curator at the National Portrait Gallery in London, and a 1978 interview with Robert Kudielka, her longtime confidant and foremost critic. Additionally, the book features little-seen archival imagery of Riley at work over the years; documentation of her recent commissions for St. Mary’s Hospital in West London, taken especially for this publication; and installation views of the exhibition itself, installed throughout the three floors of the gallery’s eighteenth-century Georgian townhouse located in the heart of Mayfair.

“Lush and subtler than her earlier work, the stripe paintings in this volume are meticulously printed… Two three-sheet gatefolds reproduce double-panel paintings, and a brief selection of works on paper, mainly studies, offers evidence of her hand, as do several actual-size details.”

“Bridget Riley is the most important British painter of the modern age. Bacon? Freud? Hockney? None of those famous men took hold of the language of painting and remade it as she has.”

You can “immerse yourself in [the stripe paintings’] anarchic abstract shapes and patterns, which caper and pulsate before your eyes.”

“Riley’s dedication to form, colour, and light is shown in all its glory.”