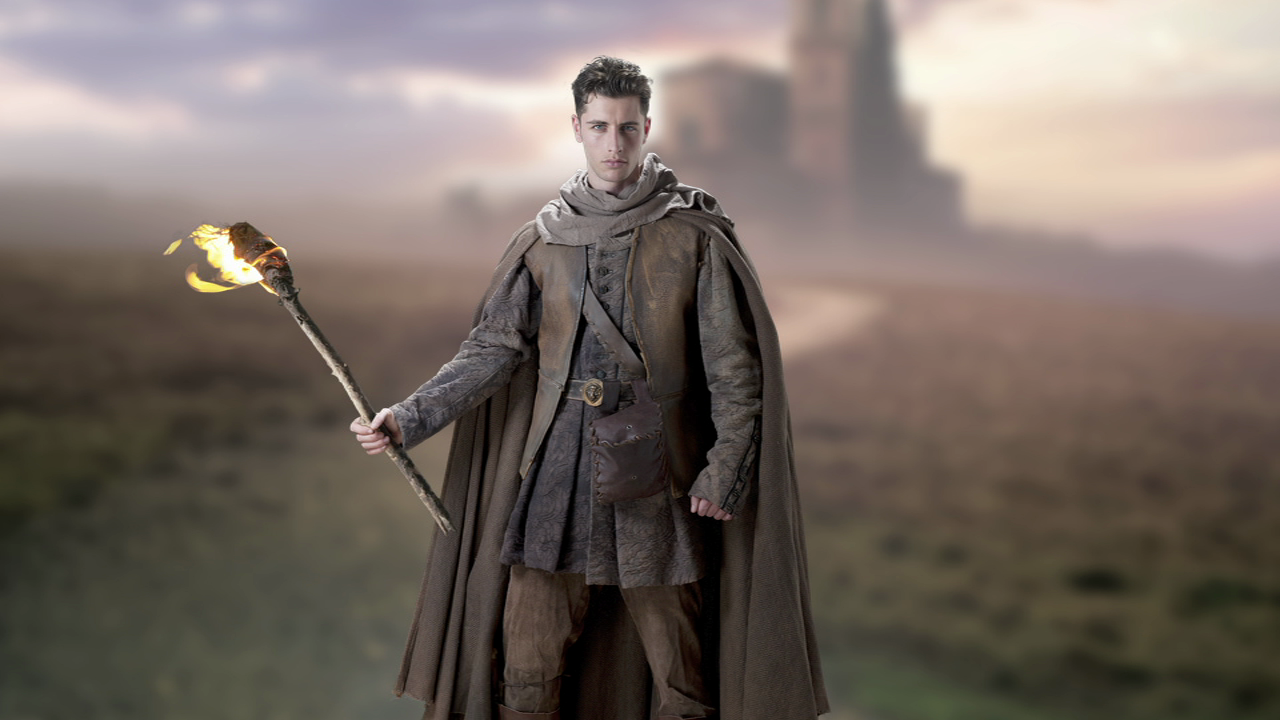 Dark myths, medieval secrets, intrigue, and romance populate the pages of this first in a four-book teen series from the #1 bestselling author of The Other Boleyn Girl.

The year is 1453 and all signs point to it being the end of the world. Accused of heresy and expelled from his monastery, handsome seventeen-year-old Luca Vero is recruited by a mysterious stranger to record the end of times across Europe. Commanded by sealed orders, Luca is sent to map the fears of Christendom and travel to the very frontier of good and evil.

Seventeen-year-old Isolde, a Lady Abbess, is trapped in a nunnery to prevent her from claiming her rich inheritance. As the nuns in her care are driven mad by strange visions, walking in their sleep, and showing bleeding wounds, Luca is sent to investigate and driven to accuse her.

Forced to face the greatest fears of the dark ages—witchcraft, werewolves, madness—Luca and Isolde embark on a search for truth, their own destinies, and even love as they take the unknown ways to the real historical figure who defends the boundaries of Christendom and holds the secrets of the Order of Darkness.

Changeling: Order of Darkness Book One

It is 1453: The Church reigns supreme in Europe, but there are disturbing signs that the Muslims in the East are getting stronger and suspicions that the End of Days may be approaching. Novice priest Luca Vero, aged seventeen, joins a secret church order that battles evil by investigating mysteries—spiritual mysteries. At the same time, recently orphaned Lady Isolde of Lucretili, also seventeen, finds herself banished to the local nunnery. Isolde and her Moorish servant and best friend, Ishraq, immediately suspect that something is not right at the Abbey: nuns are fainting in chapel, seeing visions, sleepwalking, even finding bloody stigmata on their palms. Is it the work of the devil? Her worst fears seem confirmed when the Abbey receives a visitor: investigator Luca Vero, accompanied by his servant, Freize, and a dour clerk, Brother Peter. What dark force is terrifying the nuns and causing them to act this way? Can Luca and Isolde uncover the true source of the problem?

1.     In the first chapter, we learn that Luca’s monastery has accused of him of heresy. What is heresy, and why is it so harshly punished by the Church?

2.     Why has Luca, who loves numbers and calculations, never heard of the numeral zero? Why is he so excited when he learns about it?

3.     Isolde’s brother tells her that her father’s will left her two options: to marry the drunken and brutish Prince Roberto, or to renounce her wealth and live her entire life as a nun, with no husband or family. Why does Isolde choose the nunnery? Which option would you choose? Why?

4.     How does the relationship between Luca and Freize change over the course of the book?

5.     Luca and Isolde both have some of the qualities a monk or nun should possess, but lack others. What do you think were the most important requirements for the religious life? What would you do if you found yourself poorly suited for the career your parents chose for you, or the one you planned to pursue?

6.     How do various characters—Isolde, the Lady Almoner, Freize, and others—perceive Ishraq? In what ways is she different from others in her society? How do people today react to those they perceive as different from themselves?

7.     What are some of the explanations that the nuns, the villagers, and others offer for the strange goings-on at the nunnery, and for the wild creature they capture? How do people today seek to explain phenomena they cannot understand?

8.     How does the Lady Almoner explain the presence of gold in the nunnery’s storeroom loft to Luca and Freize? What is the true explanation?

9.     Why do Luca, Freize, and the Lady Almoner think that Isolde and Ishraq are holding a Satanic mass using the body of Sister Reeve? What are they actually doing? Why does no one believe their explanation?

10.  We never learn how Isolde and Ishraq escaped the Abbey’s gatehouse cellar. How do you think they escaped? Why do you think Freize claimed that he released them?

11.  What are the differences between the way that Isolde’s father raised her and the education he provided for Ishraq? Why were the two trained differently? Whose knowledge and skills do you think are more useful? Whose position in society would you prefer to occupy?

12.  The villagers think that Sara Fairley’s son Stefan was taken by a werewolf; Brother Peter thinks that Sara had a hand in his disappearance. What actually happened?

13.  Together, Freize and Ishraq save the captured werewolf from execution. Why? How?