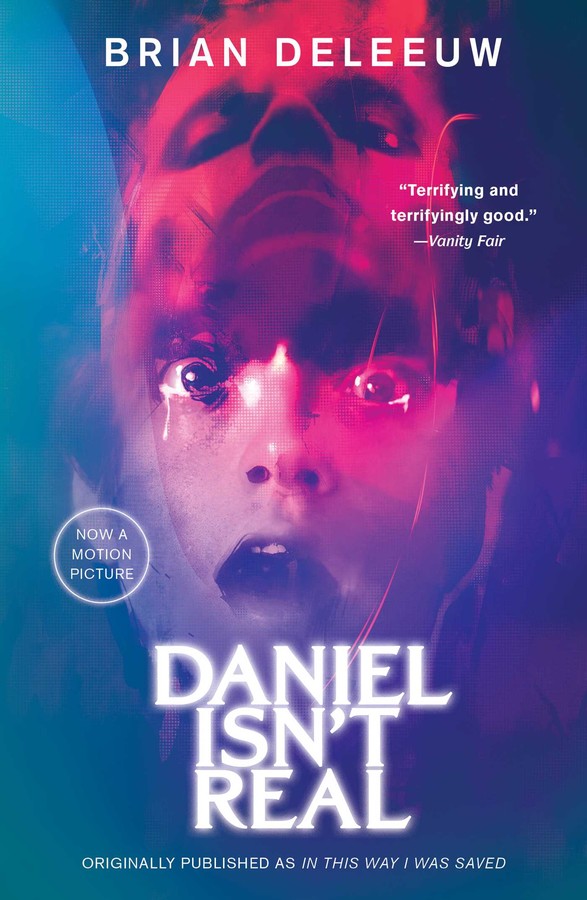 A breathtaking debut of literary suspense about a young boy’s struggle against his inner demons—a fight to the death against his secret shadow self.

On a chilly November afternoon, six-year-old Luke Nightingale’s life changes forever. On the playground across from the Metropolitan Museum of Art, he encounters Daniel. Soon the boys are hiding from dinosaurs and shooting sniper rifles. Within hours, Luke and his mother, Claire, are welcoming Daniel into their Upper East Side apartment—and their lives.

Daniel and Luke are soon inseparable. With his parents divorcing, Luke takes comfort in having a near-constant playmate. But there’s something strange about Daniel, who is more than happy to bind himself to the Nightingales. The divorce has cut Luke’s father out of the picture, and as his increasingly fragile mother struggles with the insidious family depression, Daniel—shrewd, adventurous, and insightful—provides Luke both recreation and refuge.

As Luke grows from a child to an adolescent to a young man, he realizes that as much as his mother needs him, Daniel needs him more. Jealous of Luke’s other attachments, Daniel moves from gestures of friendship into increasingly sinister manipulations. In the end, Luke finds himself in a daily battle for control of his own life—wondering whether he or Daniel will emerge victorious.

Brian DeLeeuw’s debut is a haunting and provocative story of a family’s love and madness that you will not be able to put down.

*This title was previously published as In This Way I Was Saved. 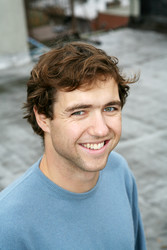 Brian DeLeeuw is the author of the novel The Dismantling (2015), as well as the co-screenwriter of Daniel Isn’t Real, among other films. He lives in Los Angeles.

"Elegant, unsettling and wildly original, In This Way I Was Saved reads like a coming-of-age-story with the heart of a nasty thriller."
-- Gillian Flynn, author of Sharp Objects and Dark Places

"In This Way I Was Saved gave me chills, not only for its dead-on depiction of the searing loneliness of a hermetically sealed mind, but because it is so thrillingly well-executed. A superb first novel."
-- Kate Christensen, author of Trouble and The Great Man

“A riveting exploration of the dark side of self. . . . Suspenseful and terrifying, this tale about one’s shadow self running rampant is highly recommended.”
—Library Journal (starred review)

"More than brothers, less than friends, linked for life: the relationship between Daniel and Luke is unique in the annals of literature, and will keep you guessing right until the book reaches its inevitable conclusion. I haven't been this entertained by a debut novel in years."
-- Dale Peck, author of What We Lost and Body Surfing

“DeLeeuw debuts with a strange tale seething with disturbing psychological overtones. . . . Hitchcock would have loved the premise.”
—Kirkus

"Original, subversive, funny, twisted, and totally engrossing, In This Way I Was Saved is a mind-bending tour de force. I read the last page, flipped back to the beginning, and immediately started it again."
-- Chelsea Cain, author of New York Times bestsellers Heartsick and Sweetheart

"In This Way I Was Saved is a frightening, gripping tale about a sadistic secret sharer, a shadow self who is ready to devour its host. This is one of the most fascinating and controlled first novels I've ever read -- a sustained performance that hypnotizes and terrifies the reader."
-- Edmund White, author of A Boy's Own Story

“A story of friendship and betrayal, violence, madness, lust and power that will keep you guessing until the very last page—and leave you gasping for air.”
—Bookpage

"In this original, inventive debut, Brian DeLeeuw delivers a suspenseful and surprisingly tender psychological thriller that gives physical shape to the torment of isolation."
-- Helen Schulman, author of A Day At The Beach

"In this original, inventive debut, Brian DeLeeuw delivers a suspenseful and surprisingly tender psychological thriller that gives physical shape to the torment of isolation."
—Helen Schulman (author of A Day At The Beach)

“DeLeeuw’s precise, vivid prose has that visceral power of both a successful psychological thriller and a gripping ghost story.”
—The Daily Telegraph