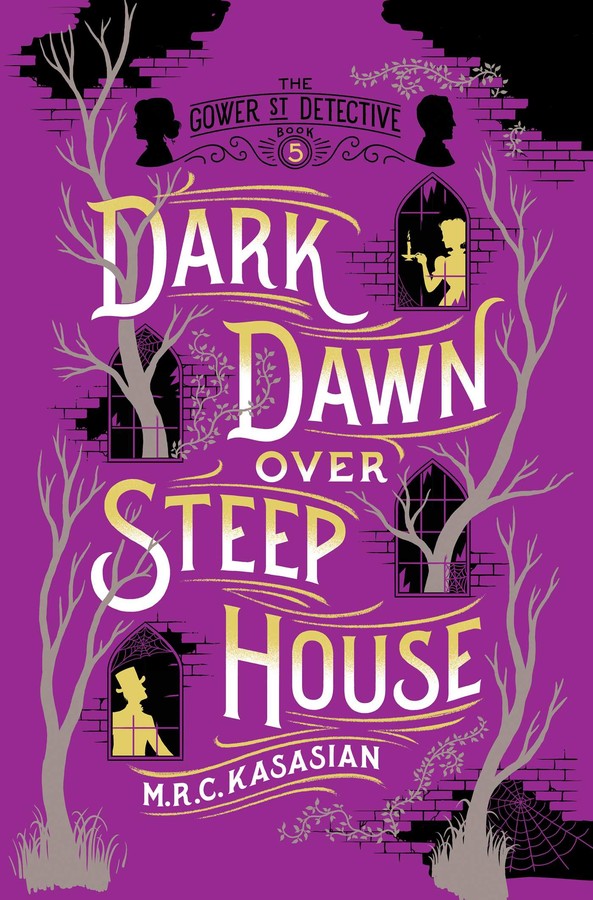 125 Gower Street, the residence of Sidney Grice, London's foremost personal detective, and his ward March Middleton, is at peace.

Midnight discussions between the great man and his charge have led to a harmony unseen in these hallowed halls since the great frog disaster of 1878.

But harmony cannot last for long. A knock on the door brings mystery and murder once more to their home. A mystery that involves a Prussian Count, two damsels in distress, a Chinaman from Wales, a gangster looking for love, and the shadowy ruin of a once-loved family home, Steep House . . .

M. R. C. Kasasian is the author of The Mangle Street Murders,The Curse of the House of Foskett, Death Descends on Saturn Villa, and The Secrets of Gaslight Lane, all available from Pegasus Crime. He divides his time between Suffolk and Malta.

"Kasasian’s fifth Victorian-era novel featuring ‘personal detective’ Sidney Grice and Grice’s ward, March Middleton, shows him back at the top of his game. The twisted solution to the case ranks as one of the series’ most terrifying, and classic whodunit fans will appreciate Kasasian’s playing fair with them."

"A rollicking blend of mystery, historical fiction, and coming-of-age novel. Stakes are high in this game of who dies next, which is one of the darker entries in Kasasian’s Gower Street series, but nonetheless compelling for its mood change."

"The book is set in 1884 London with its fashionable squares, seedy slums and busy dockland vividly described. The pacing is rapid, with short chapters containing plenty of movement and action. A change from the elegant manners of most Victorian mystery novels and evokes masculine grittiness instead of the more usual feminine nuance."

"Exceptional. The Grand Guignol plot line is leavened with laugh-out-loud passages showcasing both Grice’s literal-ness and disregard for social niceties."

"This series has its own allure that will attract fans of Will Thomas, Alex Grecian, and David Morrell."

"Another excellent installment in the Gower Street Detective mystery series! A more intricate mystery than the first two in the series. The writing is just as flawless, though, packed full of delicious dialogue, voice-fueled narration, and many laugh-out-loud moments. My adoration of Sidney and March remains unshaken. Heartily enjoyed!"

"The series has achieved a significant following due in some part to the author’s brisk and fluid style, sharp, short chapters adequately paced, and due in greater part to the humorously arrogant antics of the detective at the center of the series, one Sidney Grice. If you’re a fan, you’ll love the dynamism in this one."