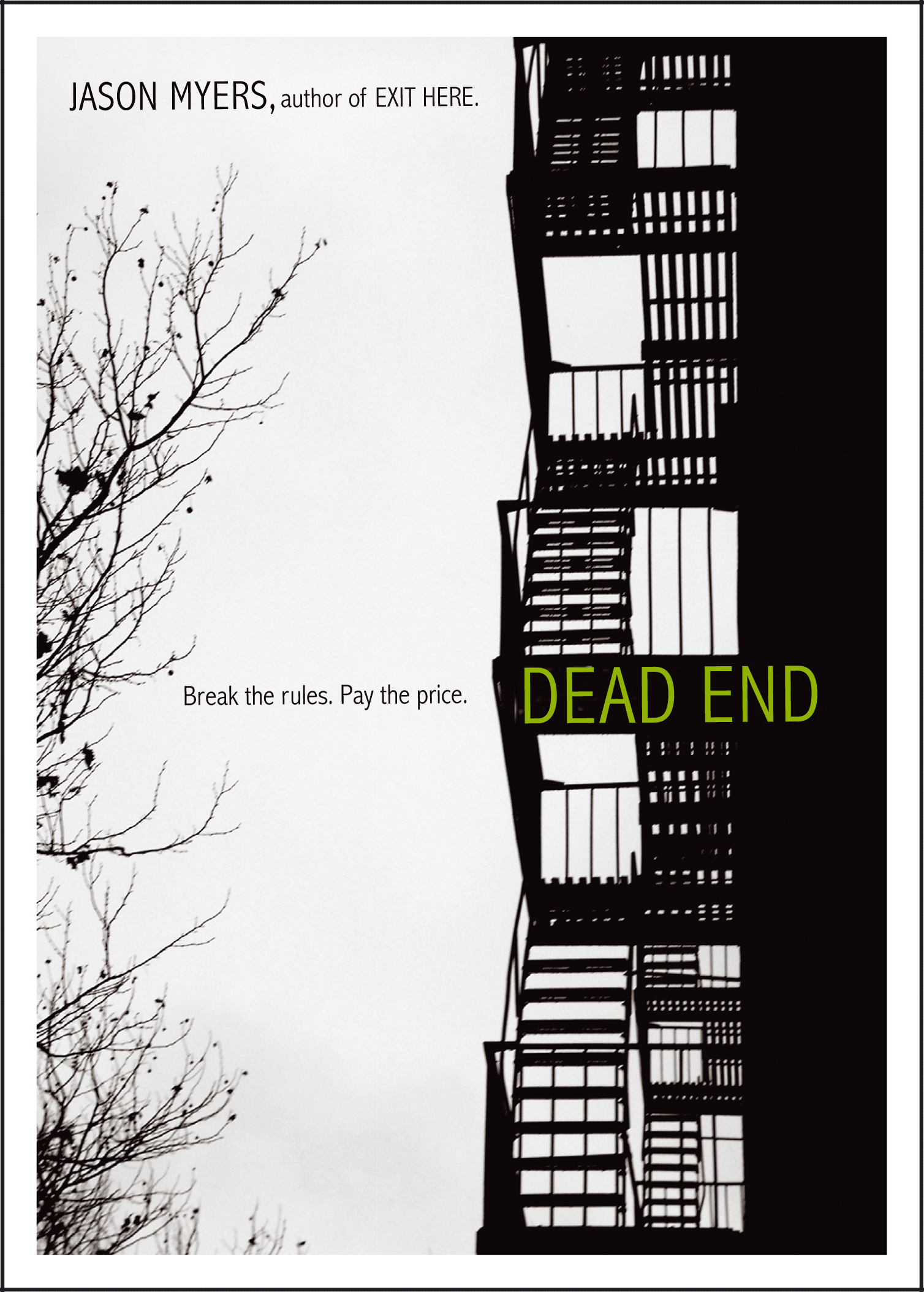 Dru and Gina are young, in love, and can’t wait to get out of Marshall, Nebraska, a town where bloodline means everything and whoever has the money makes the rules. But all their dreams are shattered when Gina has a monstrous run-in with the son of the richest man in Marshall—an incident that leaves her broken, battered, and violated.

Driven by rage, Dru and Gina take matters into their own hands, and quickly find themselves in over their heads. Without any other options, Dru and Gina are on the run. But there’s more chasing them than they think, and love might not be enough to save them.

Dead End 1.
THEY STOOD ACROSS FROM EACH OTHER, THEIR EYES locked. The cold winter wind howled, the deep gray sky hovered above them like some cold pillow marked with indentations from arms and fingers and faces and heads folding it over and poking at it.

She was dressed in a heavy purple coat with a white scarf tied snugly around her gentle neck and a white stocking cap pulled over her long and curly brown hair. Her gorgeous blue eyes blinked once and her tight-pressed lips eased into a small smile. Her cheeks raised an inch as she inhaled the chilled air, inhaled the moisture and the emptiness of the deep land that surrounded them.

He moved closer to her. He was wearing his green coat that had fur on the collar. His hair was short and brown and it blew halfheartedly in the wind that rushed past and through them. He was already smiling. He was always smiling when he saw her or was about to see her. Shit, it was beyond that. He was always smiling at just the thought of her. His green eyes were big and intense. His face was filled with life. It hadn’t always been like that for him. It never had, actually. Only after him and Gina talked for the first time did his face turn from the emotionless, dry expression he’d had in every picture, every conversation, every second of every day, into the glowing, grinning, stunning expression he had every time her image floated through his brain. Every time he saw her or was about to see her or jerked off to the movie reel of their sex that projected constantly through his head while he laid in his quiet and dying house, trying to fall asleep at night.

And still looking into her gorgeous eyes, he said, “I wanna leave here with you. Leave Marshall and leave Nebraska forever and go explore the world with you, Gina.”

“I’d go anywhere with you, Dru,” she said back to him.

“We could run away right now.”

“Where would we go?”

He leaned closer to her. He could feel the warmth of her breath. He could smell the Doritos that she’d eaten during sixth-period study hall.

“What about Cuba?” he continued. “I saw pictures of it in a library book. They have white sand there. We could sleep on the beaches at night and swim in the clear water.”

“Then maybe Paris after that,” he said.

He shrugged. His smile shifted to the right for a moment before he spoke. “I guess it’s ’cause that’s where two kids in love are supposed to run away to. That’s how it always is in the movies… those old movies I watch late at night when I can’t sleep. I mean, right?”

A few strands of hair blew across her face and she brushed them aside.

Her cheeks turned pink at the top. “Thank you.”

“Prettiest girl in the world.”

They dissolved the few inches of space between them, and their lips met. They kissed slowly and gently and their tongues slid into each other’s mouths and moved in small circles until they pulled away.

“What about college?” she asked him.

“What about it? I’d rather be in Italy hitchhiking with you… you, baby, in some perfect red dress and your hair hanging down your back.”

“And I promise to wait next year for you and go anywhere with you.”

“You really mean that, don’t you?”

“You know I do. I mean it more than anything. This here, me and you, this is all the life that matters… as long as I have you by my side.”

They kissed again. As they kissed, there was the sound of an old pickup truck motoring down a gravel road somewhere far off across the fields.

Four crows landed on the bare branches of a nearby tree. One of them crowed loudly. They both looked briefly at the four birds, and then they turned back to each other and resumed kissing for some time before getting into Dru’s truck and driving away.

She lay naked with her legs spread. Her skin was more dark in the winter than any of the other girls because of the Indian blood she got from her mom. Her mom, whom she hadn’t seen or talked to in years, in forever, in what seemed like some other lifetime ago.

He was naked and on top of her. He was inside her. They were in his creaky bed fucking. They were in his old house way outside of Marshall. Way off any of the main roads. Dirt roads and gravel and broken fences and dead meadows and dead fields as far as they could see from the drafty window next to his bed.

They weren’t loud but they were intense. There was sweating and staring and pounding and pulling, and when they were done, they lay on the blankets and he slid his fingers up and down the side of her body.

The song “First Day of My Life” by Bright Eyes played on repeat from a CD player on the floor next to the bed. They both loved that song. It was the first song they ever danced to, on a cold and rainy night when they drank hot chocolate and split a peanut butter cookie.

It was Dru’s idea to keep the song on repeat. He knew it’s what she wanted. He knew how that song made her so happy and how it was like their song, written only for them…

“This is the first day of my life, swear I was born right in the doorway, I went out in the rain suddenly everything changed, they’re spreading blankets on the beach…”

Gina rested her head on her arms, her big, round eyes focused on him as he began to speak.

“I don’t even wanna wrestle tonight,” he said. “I just wanna fuck you and hold you and kiss you till it gets late and you have to go home.”

He put his lips against her ear. “Except for white beaches and clear water.”

“And red dresses in Italy.”

“Okay,” she whispered back. 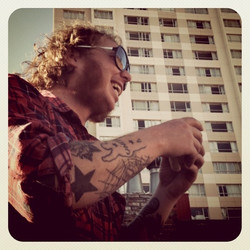 Jason Myers is the author of five teen novels, including his debut, Exit Here., which became a cult classic. He lives in San Francisco, California. Find him online at JasonMyersAuthor.com or follow him on Twitter at @JasonMyersBooks.