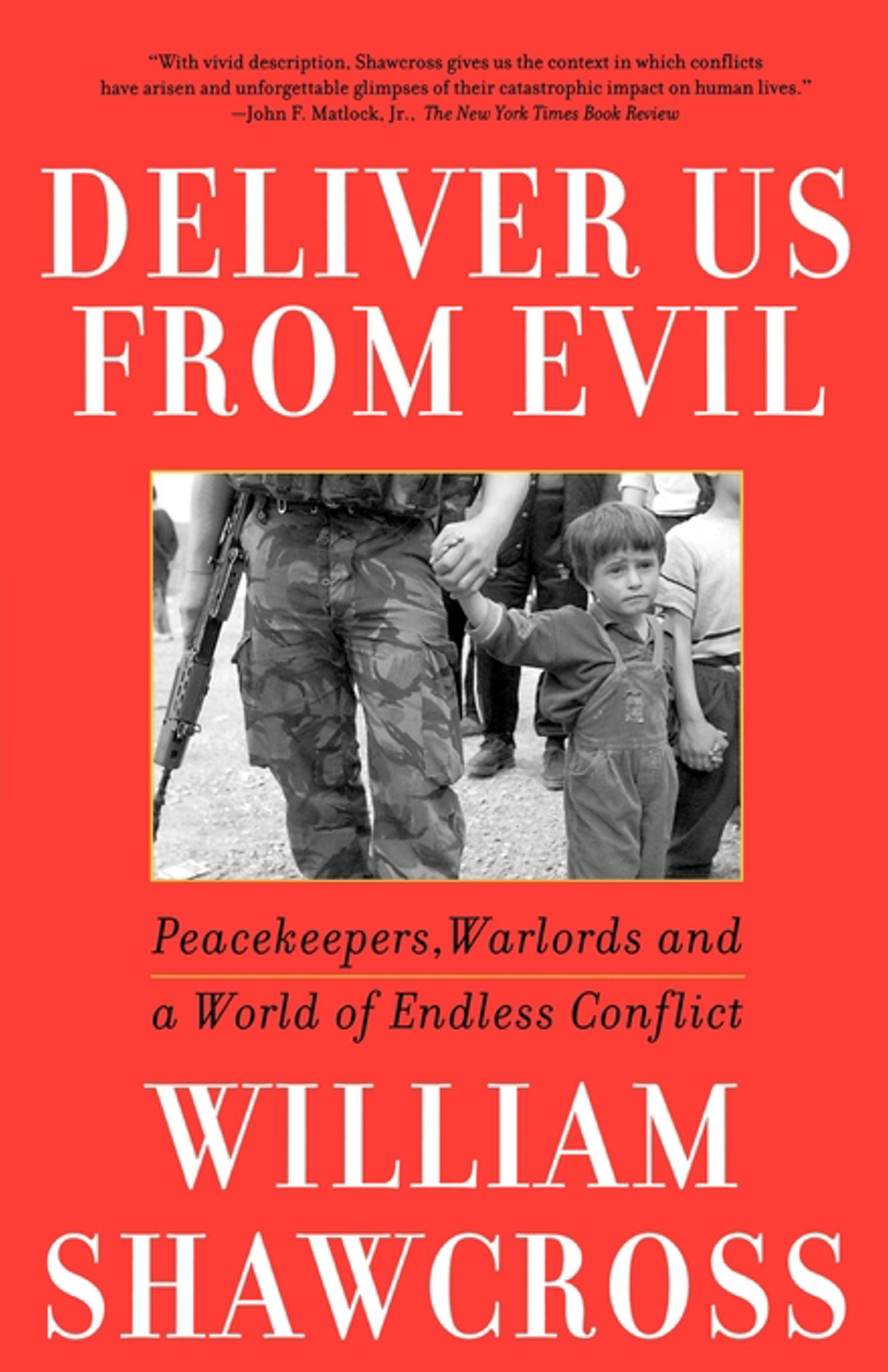 Peacekeepers, Warlords and a World of Endless Conflict

By William Shawcross
LIST PRICE $29.99
PRICE MAY VARY BY RETAILER

Reporting from war zones around the globe, acclaimed journalist William Shawcross gives us an unforgettable portrait of a dangerous world and of the brave men and women, ordinary and extraordinary, who risk their lives to make and keep the peace.
The end of the Cold War was followed by a decade of regional and ethnic wars, massacres and forced exiles, and by constant calls for America to lead the international community as chief peace-keeper. The efforts of that community -- identified with the United Nations but often dominated by the world's wealthy nations -- have had mixed results. In Africa, the West is accused of indifference or too little, too late. In Cambodia, the UN presides over free elections, but the results are overridden. In Iraq, Saddam Hussein continues to defy the UN, and in Bosnia and Kosovo, the West acts hesitantly after terrible slaughter and ethnic cleansing.
Shawcross, a veteran of many war zones, has had broad access to global policymakers, including UN secretary general Kofi Annan, high American diplomats, peacekeepers and humanitarian-aid professionals. He has traveled with them to some of the world's most horrifying killing fields. Deliver Us from Evil is his stark, on-the-ground report on the many crises faced by the international community and its servants as they struggle to respond around the world. He brings home the price many have paid attempting to restore peace and help alleviate terrible suffering. He illuminates the risks we face in a complex and dangerous world.
Some critics have concluded that some interventions may prolong conflict and create further casualties. The lesson we learn from ruthless and vengeful warlords the world over is that goodwill without strength can make things worse. Shawcross argues that recent interventions -- in Kosovo and East Timor, for example -- provide reason for concern as well as hope.
Still, the unmistakable message of the past decade is that we cannot intervene everywhere, that not every wrong can be righted merely because the international community desires it, or because we wish to remove images of suffering from our television screens. Nor can we necessarily rebuild failed states in our image. When we intervene, we must be certain of our objectives, sure of popular support and willing to expend the necessary resources -- even lives. If our interventions are to be effective and humane, they must last for more than the fifteen minutes of attention that the media accord to each succeeding crisis.
That is a tall order. As Shawcross concludes, "In a more religious time it was only God whom we asked to deliver us from evil. Now we call upon our own man-made institutions for such deliverance. That is sometimes to ask for miracles."

John F. Matlock, Jr. The New York Times Book Review With vivid description, Shawcross gives us the context in which conflicts have arisen and unforgettable glimpses of their catastrophic impact on human lives.

Gavin Esler Daily Mail (London) Shawcross gets to the heart of...the UN and how it responds, or fails to respond, to international crises in what he calls "a world of endless conflict." Shawcross is quite simply one of the best reporters of his generation.

Peacekeepers, Warlords and a World of Endless Conflict

By William Shawcross
LIST PRICE $29.99
PRICE MAY VARY BY RETAILER