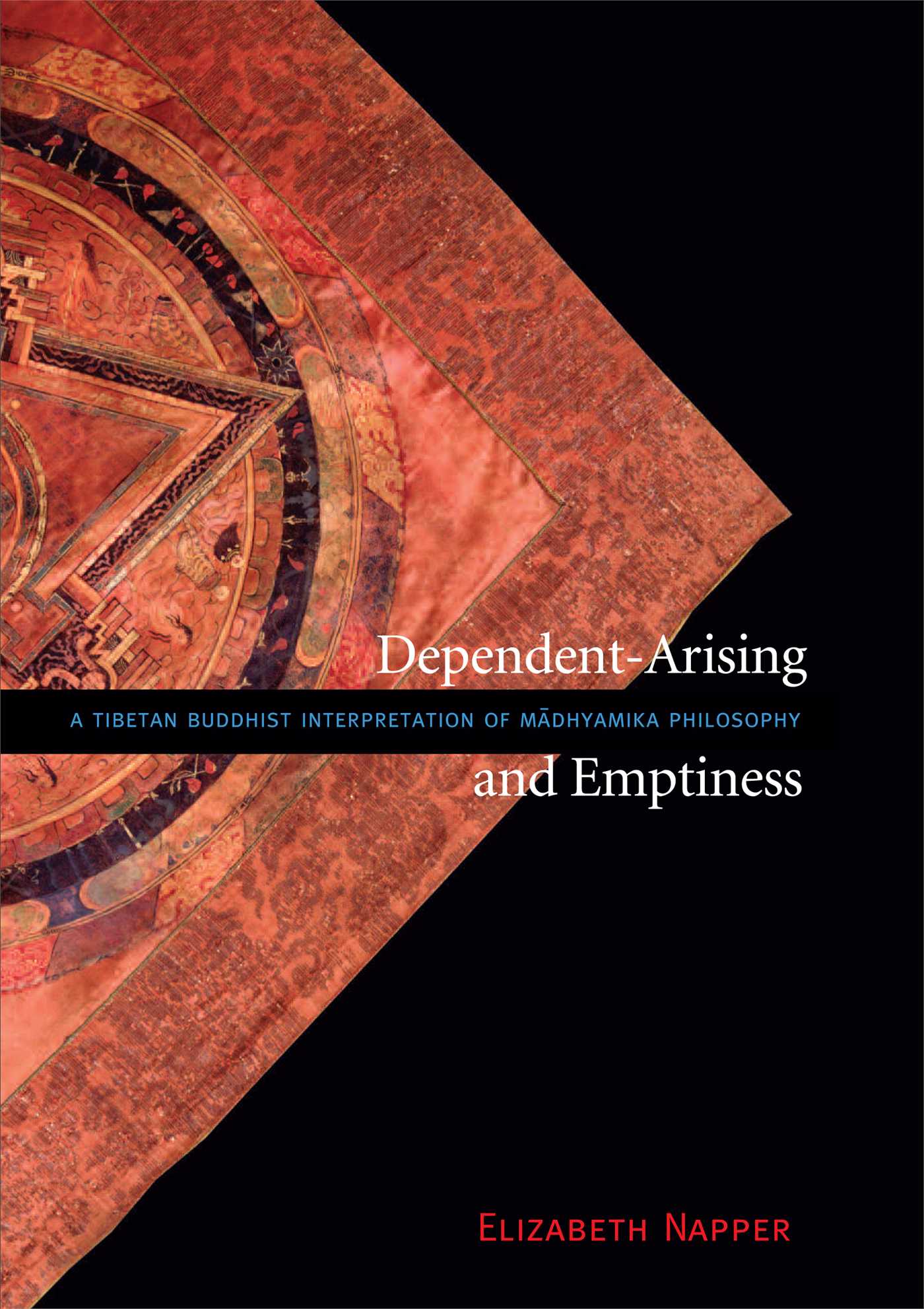 Dependent-arising and emptiness are two essential Buddhist concepts. Elizabeth Napper helps us understand the integral relationship of these ideas and the ways that they have been interpreted by Tibetan and Western scholars. An essential reference work for students and practitioners of Buddhism.

Along with a translation of the insight (vipashyana) section of Tsongkhapa's Great Exposition on the Stages of the Path (Lam rim chen mo), Napper provides an extensive introduction that contrasts the Geluk view of emptiness to that of Western scholars, and a translation of four interwoven commentaries on the text.

"This work is academically rigorous and comprehensive, with meticulous attention to the subtleties of the Madhyamika view as formulated in the great tradition of Tsongkhapa. This is a wonderful resource for scholars and practitioners alike who wish to deepen their understanding of the way all phenomena arise as dependently related events. I recommend it wholeheartedly."

– B. Alan Wallace, auithor of Tibetan Buddhism from the Ground Up

"Few works have stood the test of time the way that Dr. Napper's work has. After decades of scholarship on the theory and practice of emptiness in the West, Dependent Arising and Emptiness, because of its tremendous clarity and comprehensiveness, still stands out as one of the gems."

"Through a detailed study of Tsongkhapa's understanding of emptiness and his critiques of rival interpretations, Elizabeth Napper examines the Tibetan interpretation of Nagarjuna's highly influential Middle Way philosophy. Napper does not remain content with mere description, however; to assist the modern reader she brings the core of the debates into dialogue with contemporary philosophical literature on the relationship between logic, language, and reality. A must for anyone who is interested in Madhyamaka philosophy."

– Thupten Jinpa, principal translator to H.H. the Dalai Lama and the author of Self, Reality and Reason in Tibetan Philosophy: Tsongkhapa's Quest for the Middle Way.