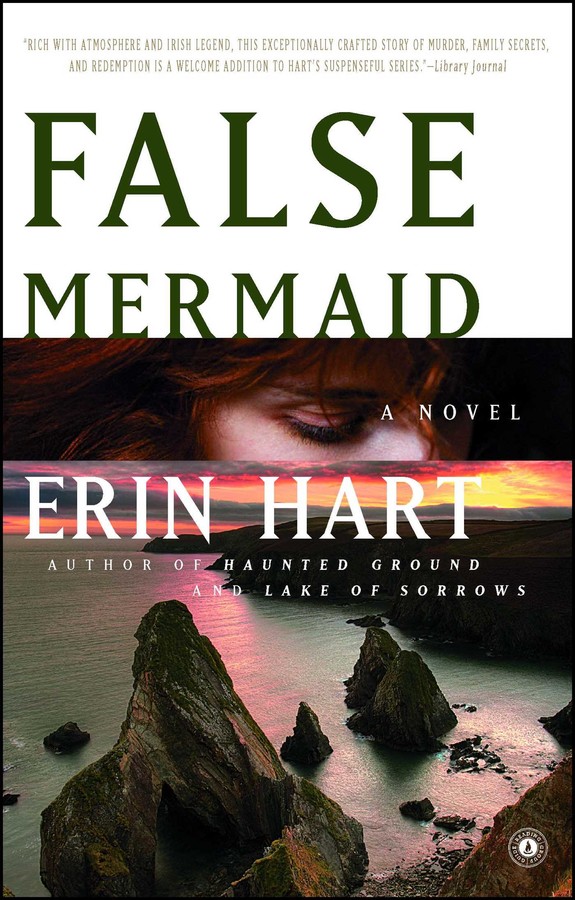 By Erin Hart
LIST PRICE $19.99
PRICE MAY VARY BY RETAILER

American pathologist Nora Gavin fled to Ireland three years ago, hoping that distance from home would bring her peace. Though she threw herself into the study of bog bodies and the mysteries of their circumstances, she was ultimately led back to the one mystery she was unable to solve: the murder of her sister, Tríona. Nora can’t move forward until she goes back—back to her home, to the scene of the crime, to the source of her nightmares and her deepest regrets.

Determined to put her sister’s case to rest and anxious about her eleven-year-old niece, Elizabeth, Nora returns to Saint Paul, Minnesota, to find that her brother-in-law, Peter Hallett, is about to remarry and has plans to leave the country with his new bride. Nora has long suspected Hallett in Tríona’s murder, though there has never been any proof of his involvement, and now she believes that his new wife and Elizabeth may both be in danger. Time is short, and as Nora begins reinvestigating her sister’s death, missed clues and ever-more disturbing details come to light. What is the significance of the "false mermaid" seeds found on Tríona’s body? Why was her behavior so erratic in the days before her murder?

Is there a link between Tríona’s death and that of another young woman?

Nora’s search for answers takes her from the banks of the Mississippi to the cliffs of Ireland, where the eerie story of a fisherman’s wife who vanished more than a century ago offers up uncanny parallels. As painful secrets come to light, Nora is drawn deeper into a past that still threatens to engulf her and must determine how much she is prepared to sacrifice to put one tragedy to rest . . . and to make sure that history doesn’t repeat itself.

By clicking 'Sign me up' I acknowledge that I have read and agree to the privacy policy and terms of use. Free ebook offer available to NEW CA subscribers only. Offer redeemable at Simon & Schuster's ebook fulfillment partner. Must redeem within 90 days. See full terms and conditions and this month's choices.
Reading Group Guide

1.      False Mermaid opens with a newspaper article about the disappearance of a young Irish woman believed by some to have been a selkie (a seal temporarily transformed into a human). What ideas and images did this newspaper article bring to mind? How did the piece set up or color your impressions about how the novel would take shape?

2.      What parallels do you see between the murder of Nora’s sister in Saint Paul, and the hundred-year-old disappearance of Mary Heaney, the young Donegal woman who was rumored to be a selkie? How relevant is the selkie story to the tale of Mary Heaney, or to Tríona Hallet’s death?

3.      Nora believes that her brother-in-law Peter Hallet had some sort of power over her sister Tríona. Do you agree?  Discuss Peter and his relations to the women in his life, including Tríona, Miranda, and Elizabeth.

4.      Nora remembers what Tríona said, that Peter’s behavior seemed harmless at first, but that she ‘let things go too far.’ What do you think Tríona meant by this? Do you think it’s possible that she still loved her husband?

5.      What sorts of experiences and connections do Elizabeth, Tríona, and Nora have with seals in the novel? If the one-eyed seal is a symbol, who or what do you think it represents? What does Cormac discover about his own previously unknown connections with seals and selkies?

6.      Many characters in the novel are conflicted, torn between loyalties or emotions or places. How does internal conflict affect their external actions?  Can you think of instances when it is a positive force or a negative one?  Which characters are aware of their conflicts and for which are they subconscious?

7.      Shape-shifting and transformation are among the major themes in False Mermaid. Several characters are shown changing shape, wearing disguises, or assuming a different identity. Can you think of several instances where this sort of change is depicted or suggested?

8.      Ireland has long been a place where belief in the otherworld remains strong. Does the American portion of False Mermaid also contain other-worldly elements? Which characters, scenes, or images in the Saint Paul-based chapters help to underscore the novel’s other-worldly atmosphere?

9.      Each section of False Mermaid begins with a quotation from a Victorian folklorist or naturalist. What did you learn about the prevailing Victorian attitudes toward the subjects these men were writing about—the relationships between humans and animals, between civilized societies and so-called ‘primitive cultures’ (which included most of Irish rural culture at the time), and unsettling, ancient notions of female emancipation represented by the selkie stories?

11.  The title False Mermaid is an obvious reference to the botanical clue that eventually solves Tríona’s murder but it could also refer to other aspects of the novel.  What are they?  How is this sort of layering, of providing multiple meanings or ways of looking at something, central to the novel?

12.   What recurring themes or symbols did you see in the novel?  Consider, for example, the role of water in critical events, or the importance of music to the characters.  What other elements stood out to you?

13.  The novel ends with Elizabeth unable to believe her father culpable in her mother’s terrible murder—how did you react to this ending? Why do you think the author chose to leave Elizabeth Hallett’s feelings for her father unresolved?

14.  Which were the most memorable scenes in False Mermaid? What ideas or images stayed in your mind after reading the book, and what were the most interesting bits of insight or information you gained?

15.  How does Erin Hart’s work fit into the tradition of mystery/crime writing? Are there any authors—past or present—that you would consider similar in style or tone?

Many thanks to Wendy Webb, Marlyn Beebe, Marlys Johnson, and Linda White for their excellent ideas and suggestions. Go raibh mile maith agaibh! 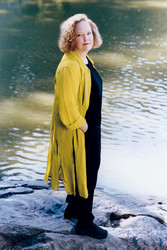 Erin Hart is a theater critic and former administrator at the Minnesota State Arts Board. A lifelong interest in Irish traditional music led her to cofound Minnesota’s Irish Music and Dance Association. She and her husband, musician Paddy O’Brien, live in St. Paul, Minnesota, and frequently visit Ireland. Erin Hart was nominated for the Agatha and Anthony Awards for her debut novel, Haunted Ground, and won the Friends of American Writers Award in 2004. Visit her website at ErinHart.com.

“Few writers combine as seamlessly as Hart does the subtlety, lyrical language, and melancholy of literary fiction with the pulse-pounding suspense of the best thrillers.” --Booklist, starred

“A haunting, eerie page-turner that combines a wealth of Irish mythology...with archeology and the compelling forensic details of several linked murders, all set against gorgeously rendered settings.”

By Erin Hart
LIST PRICE $19.99
PRICE MAY VARY BY RETAILER