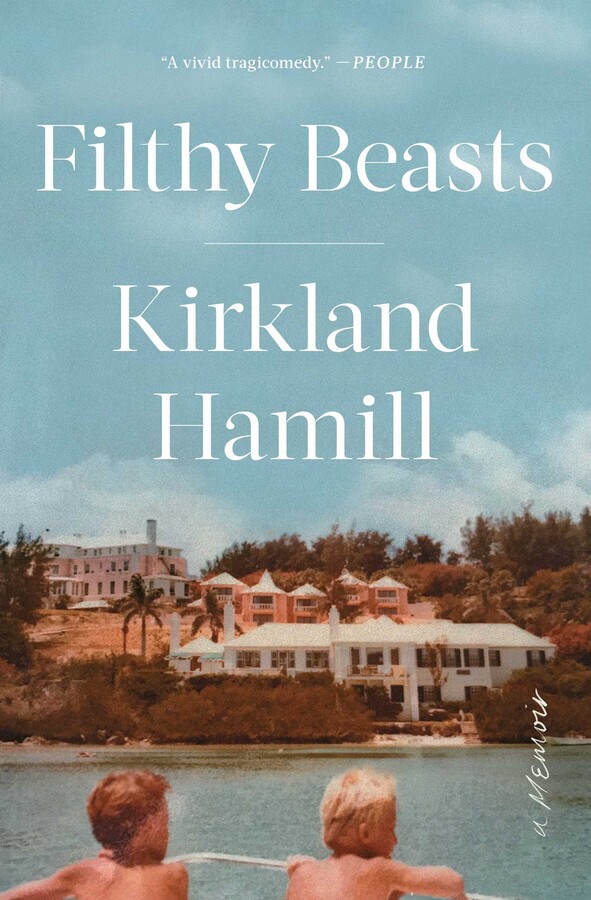 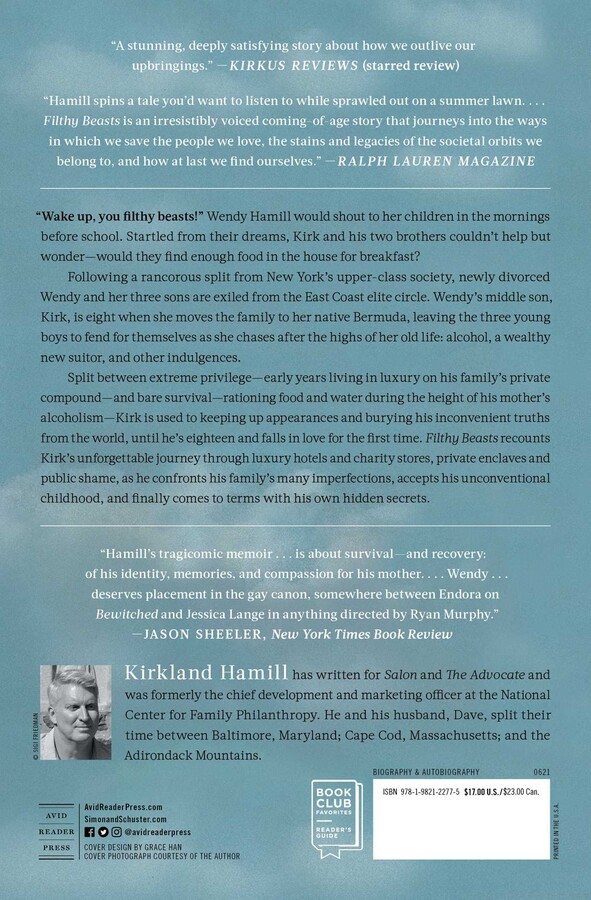 Running with Scissors meets Grey Gardens in this “vivid tragicomedy” (People), a riveting riches-to-rags tale of a wealthy family who lost it all and the unforgettable journey of a man coming to terms with his family’s deep flaws and his own hidden secrets.

“Wake up, you filthy beasts!” Wendy Hamill would shout to her children in the mornings before school. Startled from their dreams, Kirk and his two brothers couldn’t help but wonder—would they find enough food in the house for breakfast?

Following a hostile exit from New York’s upper-class society, newly divorced Wendy and her three sons are exiled from the East Coast elite circle. Wendy’s middle son, Kirk, is eight when she moves the family to her native Bermuda, leaving the three young boys to fend for themselves as she chases after the highs of her old life: alcohol, a wealthy new suitor, and other indulgences.

After eventually leaving his mother’s dysfunctional orbit for college in New Orleans, Kirk begins to realize how different his family and upbringing is from that of his friends and peers. Split between rich privilege—early years living in luxury on his family’s private compound—and bare survival—rationing food and water during the height of his mother’s alcoholism—Kirk is used to keeping up appearances and burying his inconvenient truths from the world, until he’s eighteen and falls in love for the first time.

A keenly observed, fascinating window into the life of extreme privilege and a powerful story of self-acceptance, Filthy Beasts is “a stunning, deeply satisfying story about how we outlive our upbringings” (Kirkus Reviews, starred review). 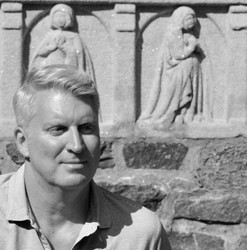 Kirkland Hamill has written for Salon and The Advocate, and was formerly the chief development and marketing officer at the National Center for Family Philanthropy. He lives in Baltimore, Maryland, with his husband and a dog named Blue.

“Hamill’s tragicomic memoir [is] about survival—and recovery: of his identity, memories and compassion for his mother . . . . Wendy deserves placement in the gay canon, somewhere between Endora on ‘Bewitched’ and Jessica Lange in anything directed by Ryan Murphy.” —Jason Sheeler, New York Times Book Review

"A vivid and compelling portrait of a dysfunctional family . . . Hamill is a gifted storyteller, crafting scenes and dialogue that read like a riveting novel. . . . The author absorbingly narrates a complicated story fraught with betrayal, abandonment, and grief, and he shows us—via his own recovery—that beauty, pain, and love can all coexist in the same space. . . . A stunning, deeply satisfying story about how we outlive our upbringings." —Kirkus Reviews (starred review)

“Hamill spins a tale you’d want to listen to while sprawled out on a summer lawn . . . Filthy Beasts is an irresistibly voiced coming of age story that journeys into the ways in which we save the people we love, the stains and legacies of the societal orbits we belong to, and how at last we find ourselves.” —Ralph Lauren Magazine

"Written with brutal and complex honesty, Hamill navigates the painful yet powerful path towards self-acceptance and love in a story that is, at its core, one of survival." —Moda Operandi

“An astonishing memoir . . . Readers will appreciate his dry wit and compassionate lens while admiring the survival instincts that led Hamill to proudly assert himself as a gay man deserving of romantic love . . . . A gifted storyteller shares the humor and pathos of growing up in a dysfunctional family where the adults relate better to children once they've reached drinking age.” —Shelf Awareness

“Hamill’s honesty in questioning past choices and their consequences as well as his slow realization that he’s gay will emotionally engage readers, as telling unvarnished truths about his family, he provides a unique look into a world unknown to most of us. . . . [for] fans of Wild Game by Adrienne Brodeur and A Forever Family by Rob Sheer.” —Booklist

“Sharp [and] thoughtful . . . In smooth prose, Hamill’s narrative moves gracefully without ever being precious. Fans of difficult family memoirs will want to take a look.” —Publishers Weekly

“There are few coming-of-age stories with so many highs and lows as Hamill’s, and he makes such a roller-coaster irresistible reading. Filthy Beasts reminds us how hard it is to let go of your family, especially your mother, no matter how they betray or disappoint us." —Amy Sutherland

"Kirkland Hamill’s memoir is brilliantly, sharply and unsettlingly new. Reading Filthy Beasts reminded me of inhaling Sedaris for the first time—that humor, that voice—only the work is tenderer and friendlier, an invitation not just to laugh and marvel but to truly understand." —Beth Macy

"A complex and unflinching account of a family's undoing told with style and a mordant humor that will keep you reading until the final page. I closed the book not in awe of Hamill's talent (although I am), but rather of the mere fact that he survived." —Steven Rowley