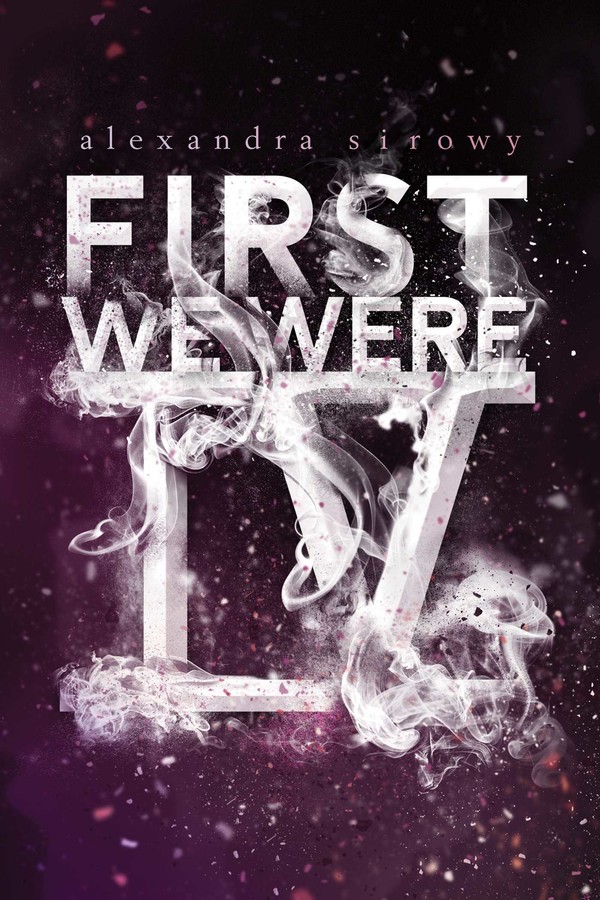 First We Were IV

A group of friends start a secret society in this “intense page-turner” (Kirkus Reviews) from the author of The Telling and The Creeping that examines the all-consuming love of lifelong friendship—and what someone is capable of when they’re afraid of losing it.

Izzie loves nothing more than her three best friends, Viv, Graham, and Harry, and the bond the four of them share. And she’s terrified of their friendship falling apart next year when they go off to college. To bind them together, she decides to create something that will belong only to them, a special thing that they’ll always share between the four of them. And so they dream up the Order of IV, a secret society devoted to mischief that rights wrongs and pays back debts. At first, it works like a charm—but when the Order of IV’s escapades get recognition beyond their wildest expectations, other people start wanting in. And soon, what started as a game of friendship is spiraling into something dangerous and beyond their control—and before it’s over, they’ll pay the ultimate sacrifice.

First We Were IV 1
By the time the police arrived, there were three of us left. Three originals. Three best friends. Architects of what was once a secret society.

The difference between leaders and initiates was evident. We designed it that way, dictated that initiates wore the white of sacrificial lambs and us bloody red. No confusion over who appeared to be in charge.

There was a chaotic minute under the star-choked sky. Volleying accusations and bodily threats. I tried to kick out of the arms of an officer because I still hadn’t had my fill of revenge. Never would I. And you know, the dagger tipped in blood didn’t exactly help our case for looking faultless.

They herded the initiates into a line, ordered them to keep their mouths shut. Still, those kids, those snakes, whispered stories and secrets in the way the dying confess, anticipating forgiveness. Good little boys and girls, eyes innocent saucers, except they’d terrorized a whole town.

Our dagger lay a little outside the ring of fire. There was the truth serum, a few muddy, crimson sips they’d dredge up from the bottle to test. And the idol on a pile of rocks, her smile calling out from on top of her burial mound. No sense would be made of her origins.

Police circled the meteorite, probing the scene, coming up short in front of us three, searching faces for clues. Accident or murder.

They would ask the wrong questions later on, after the ambulance left without its sirens wailing, when the three architects and our six recruits were in the police station.

There was lots of hand-wringing and Make me understand. Parents arrived. Our initiates had been shaking their fists and snarling at authority just an hour before. The rebellion had drained out of them and they buckled with relief at the sight of their moms and dads. I didn’t acknowledge mine. All the adults needed help understanding how the night happened.

“October happened because September did.”

An officer warned me to stop being snarky.

“I’m not,” I whispered, voice all cried out.

“Then answer,” he demanded.

“Because August. Because July. Because June. I can keep going if you need me to.”

That was the only answer they’d get from me. Afterward, I stopped talking. For a few weeks. I sat in my room, on the top of my desk, watching the Pacific battle the shore. I sketched the four of us. Together. Hardly needing to watch the progress of my pencil. There was something unnerving in our eyes when the pictures were done. A glimmer of foreshadow that I hadn’t noticed was present before. Had it been? My best friends. The loves of my life. Strangers. Reeling. Ferocious.

I held my tongue and the lesson sunk in.

No matter how much you see, there are bottomless seas you don’t.

What I am certain of is the heart of it.

First we were four.

Now we are three. 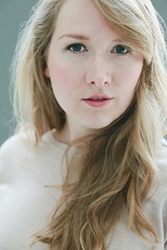 Alexandra Sirowy is the author of The Creeping and The Telling. She was born and raised in Northern California, where she attended a women’s college as an undergraduate and received her MA at the University of San Francisco. She is a voracious reader, the oldest of three children, an avid traveler, a record-holding high school long jumper, a gourmet cook, a feminist, and forever grateful to her parents for reading to her as a child. Alexandra lives in Northern California with her husband.

"Sirowy is a master of suspense...Shocking, inventive, and woven through with dread, this is a satisfying mystery."

* "Hand this to readers who like their mysteries dark and deep, with strongly developed characters and stunningly good prose."

"Any fans of How to Get Away with Murder here? If so, this novel’s for you."

"The concept alone makes First We Were IV stand out in the ever-expanding roster of small-town YA thrillers. But Sirowy’s phenomenal execution will have readers salivating to get to the end. Her fine-tuned writing style draws an intricate sketch of events as they unfold and there are no extraneous details that delay the plot. The characters are unique, well-developed and perfectly flawed."

"Alexandra Sirowy uses creepy imagery to peel back the layers of a quaint, coastal town to reveal its seedy core and to bring this twisty ride to its inevitable yet shocking conclusion."

"Dark, edgy, and wholly unpredictable, Alexandra Sirowy’s First We Were IV is the wild summer read you need."

"A strong choice for fans of E. Lockhart’s We Were Liars and Lauren Oliver’s Panic."

"Alexandra Sirowy's latest thriller spills its secrets drop by drop, exposing the murkiest corners of the human psyche. Disturbingly compelling, and guaranteed to make you shiver this summer."

"FIRST WE WERE IV is one of those books that hooks readers from the first page."

"A small town legend, a missing redhead, a monster in the forest...Sirowy'sThe Creeping is a haunting, modern day folktale, in the darkest sense of the word. Fantastic."

– April Genevieve Tucholke, author of Between the Devil and the Deep Blue Sea, on THE CREEPING

– Publishers Weekly, on THE CREEPING

"Genuine and truly eerie. Readers will be up all night finishing Sirowy's debut."

– Romantic Times, on THE CREEPING

"Sirowy successfully weaves in an unnerving supernatural backstory, but the book’s very human conclusion is far more frightening than any of the town’s superstitions. A solid choice for horror fans, this novel will is a spook-tastic spine-tingler."

– School Library Journal, on THE CREEPING

"Delivers with a nicely suspenseful plot that builds to a crisis point. Intriguing all the way through."

– Kirkus Reviews, on THE CREEPING

"[For] horror fans looking for a creepy thrill."

– BCCB, on THE CREEPING

– Publishers Weekly, on THE TELLING

“Will leave readers stunned and satisfied.”

– Booklist, on THE TELLING

– Kirkus Reviews, on THE TELLING

"Lana’s got a steely edge to her narration, even in her most vulnerable moments, and her confident determination that she’s going to figure out what is going on may inspire plenty of readers to follow her."

– BCCB, on THE TELLING

First We Were IV