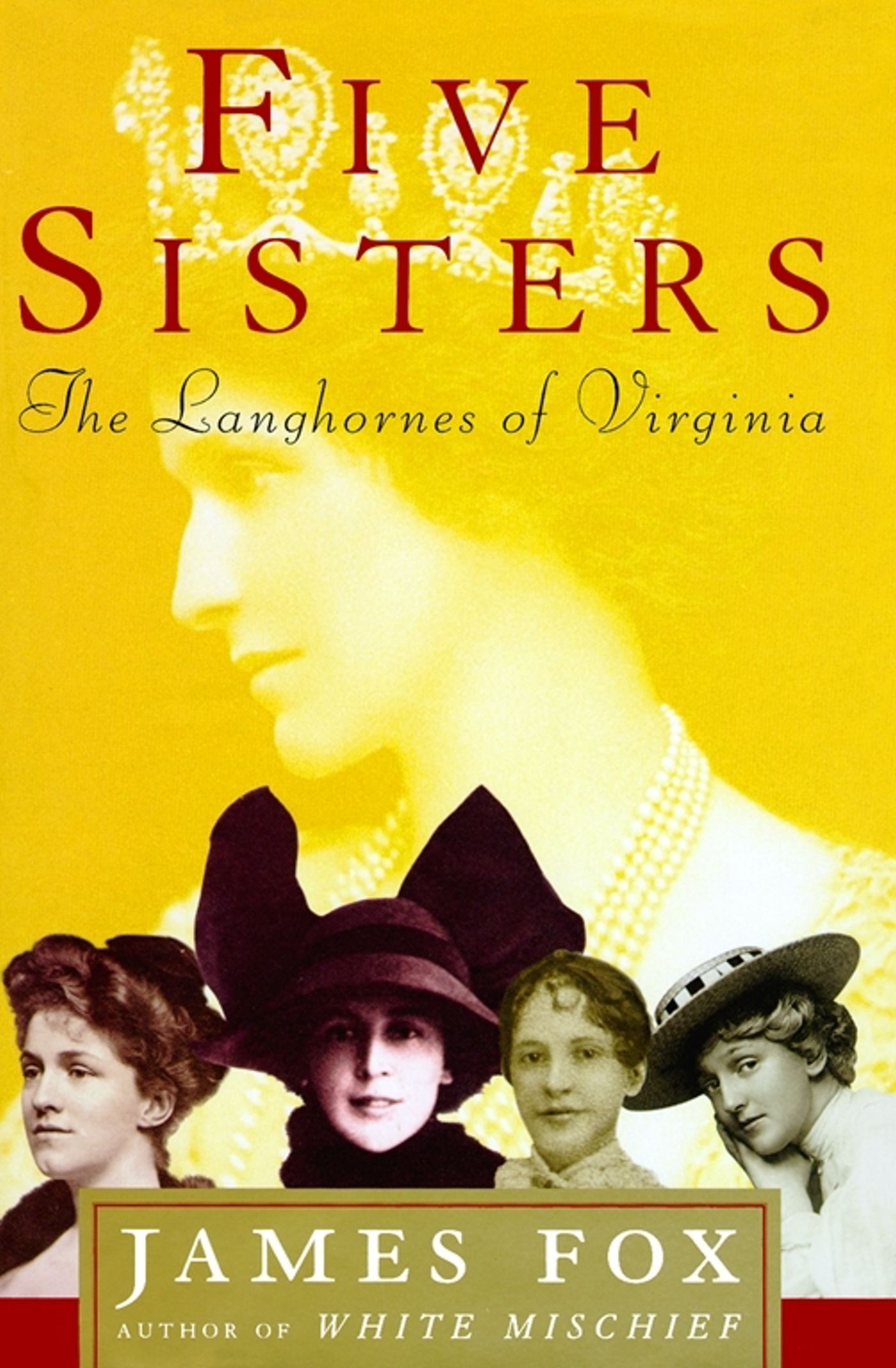 By James Fox
LIST PRICE $18.99
PRICE MAY VARY BY RETAILER

The author of the bestseller White Mischief tells the story of the beautiful Langhorne sisters, who lived at the Pinnacle of high and powerful society from the end of the Civil War through the Second World War. Making their way across two continents, they left in their wakes rich husbands, fame, adoration, and scandal.
Lizzie, Irene, Nancy, Phyllis, and Nora were born in Virginia to a family impoverished by the Civil War. Their father remade his fortune by collaborating with the Yankees and building rail-roads; the sisters became southern belles and northern debutantes. James Fox draws on unpublished correspondence between the sisters and their husbands, lovers, children, and the powerful and glamorous of their day to construct a plural topography with the scope of a grand novel and the pace of a historical thriller.
At its center is the most famous sister, Nancy, who married Waldorf Astor, one of the richest men in the world. Heroic, hilarious, magnetically charming, and a bully, Lady Astor became Britain's first female MP, championing women's rights and the poor. The beautiful Irene married Charles Dana Gibson and was the model for the Gibson Girl. The author's grandmother, Phyllis, married a famous economist, one of the architects of modern Europe.
Fox has written an absorbing and spirited, intimate and sweeping account of extraordinary women at the highest reaches of society, their adventures set against the background of a tumultuous century.

Jay Strafford Richmond Times-Dispatch As a family history, Five Sisters is compellingly readable....As a portrait of a faded society, it is a social study at its best....The Langhornes come alive again in a book the reader will linger over, find ultimately moving, and finish with regret.

Stacy Schiff The New York Times Reads like Pride and Prejudice as recast by Margaret Mitchell.

Robert Skildelsky The New York Review of Books James Fox has written a psychological masterpiece....[he] has, with consummate artistry, constructed a work that is witty and sad, affectionate but just. It is impossible to put down. One wishes it would never end.

Sophy Burnham The Washington Times This book has everything everything: wealth, privilege, politics, and clandestine love affairs -- the golden dance of goddesses and the slow, inexorable decline into tragedy.

Dominick Dunne Oh, how I loved taking my time reading James Fox's Five Sisters, absorbing the sort of dazzling details of privilege and class that made his White Mischief so utterly perfect. The Langhorne sisters fascinated their contemporaries on two continents. Now one of the sister's grandsons has written their tale and shown us their worlds with enormous style.

John Richardson The most fascinating chronicle of American highlife I have ever read. James Fox deftly steers us from Margaret Mitchell country, via Henry James's New York and London, to a wonderful Evelyn Waugh-ish finale that is sad and grand and raffish.

Houston Chronicle Fox has wrestled all the Langhorne myths into coherent whole and shaped them into a rich and instructive portrait of a family and an era.

Gloria Vanderbilt James Fox draws us intimately into a domain of wealth, glamour, politics, and tragedy. One is bedazzled and repelled and ultimately bewitched by the relentless narcissism, selfishness, and cruelty of the amazing Langhorne sisters. A mesmerizing book.

Charlottte Grey The Toronto Sun A compelling portrait of high life in the most glamorous era of the British Empire....A wonderful story.

London Observer [Five Sisters] is not just a study of a family, or of an age, it is a living, breathing re-creation of a singular way of life....Fox has done more than create a monument to his family -- he has captured a fading impression and made it flow. The Langhornes are alive again.

By James Fox
LIST PRICE $18.99
PRICE MAY VARY BY RETAILER