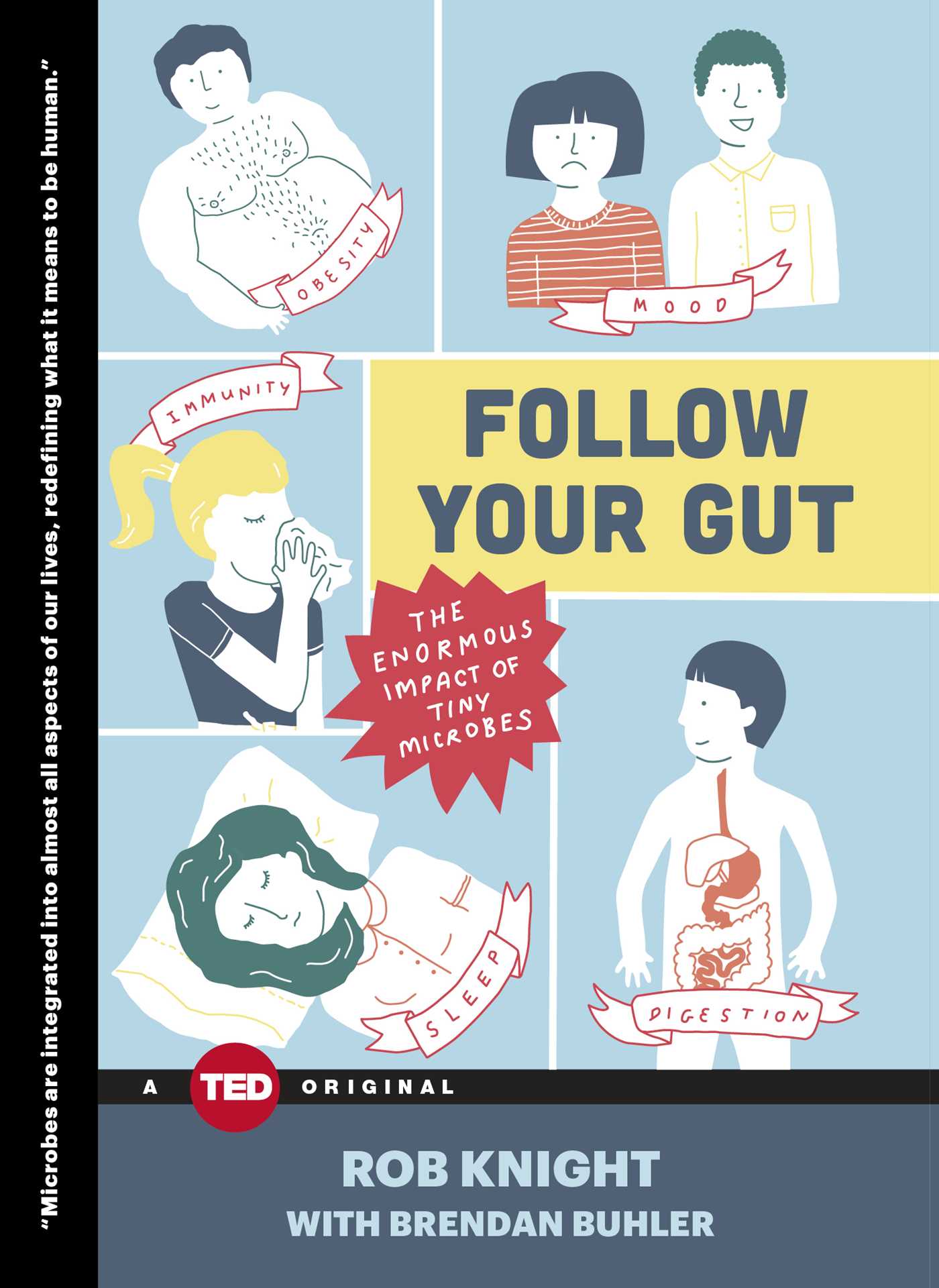 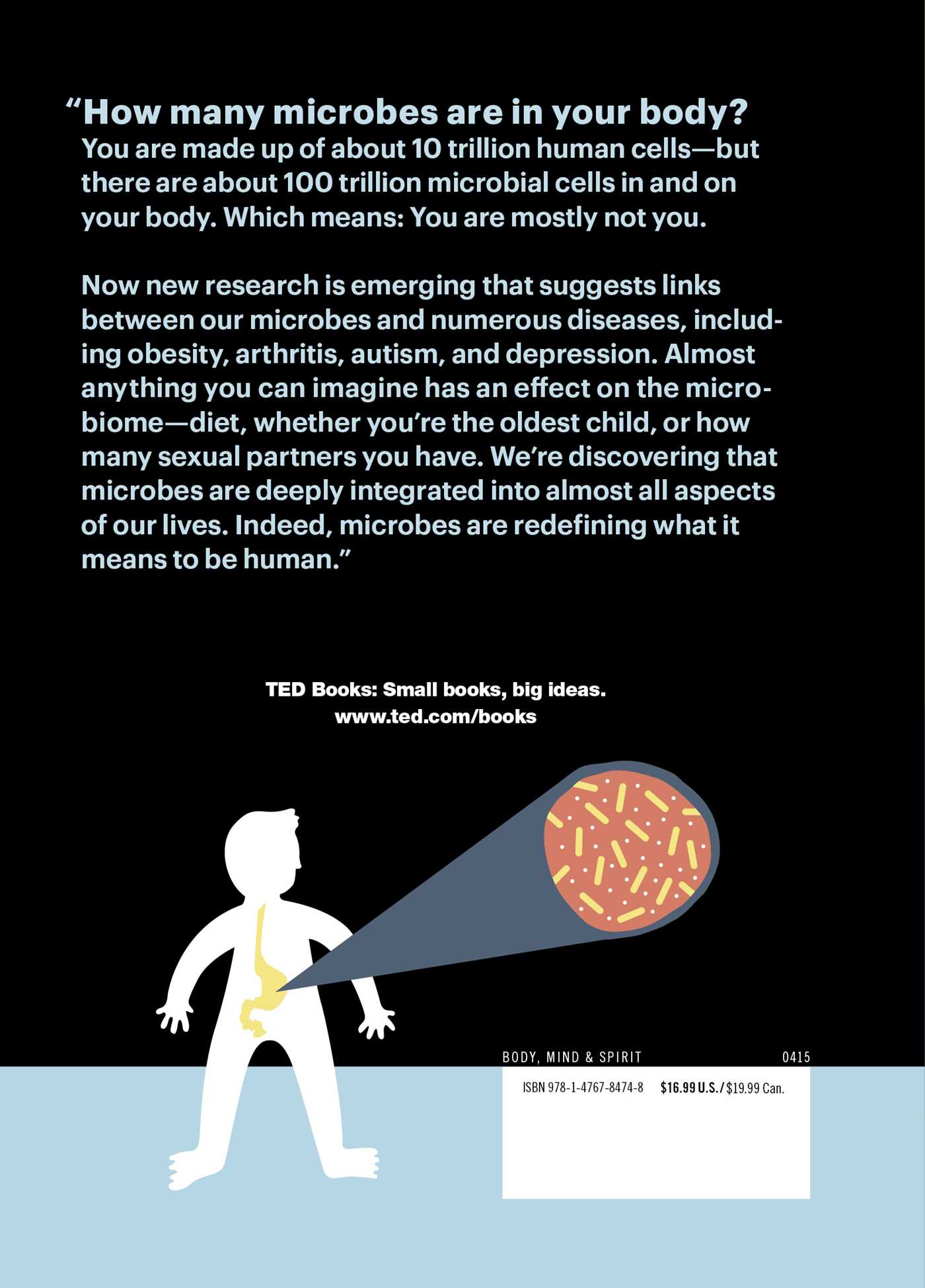 The Enormous Impact of Tiny Microbes

Allergies, asthma, obesity, acne: these are just a few of the conditions that may be caused—and someday cured—by the microscopic life inside us. The key is to understand how this groundbreaking science influences your health, mood, and more.

In just the last few years, scientists have shown how the microscopic life within our bodies— particularly within our intestines—has an astonishing impact on our lives. Your health, mood, sleep patterns, eating preferences—even your likelihood of getting bitten by mosquitoes—can be traced in part to the tiny creatures that live on and inside of us.

In Follow Your Gut, pioneering scientist Rob Knight pairs with award-winning science journalist Brendan Buhler to explain—with good humor and easy-to-grasp examples—why these new findings matter to everyone. They lead a detailed tour of the previously unseen world inside our bodies, calling out the diseases and conditions believed to be most directly impacted by them.

With a practical eye toward deeper knowledge and better decisions, they also explore the known effects of antibiotics, probiotics, diet choice and even birth method on our children’s lifelong health. Ultimately, this pioneering book explains how to learn about your own microbiome and take steps toward understanding and improving your health, using the latest research as a guide.

Follow Your Gut 1 The Body Microbial
Just how much microscopic life dwells inside you?

If we’re going by weight, the average adult is carrying about three pounds of microbes. This makes your microbiome one of the largest organs in your body—roughly the weight of your brain and a little lighter than your liver.

We’ve already learned that, in terms of sheer numbers of cells, the microbial cells in our bodies outnumber the human cells by up to ten to one. What happens if we measure by DNA? In that case, each of us of us has about twenty thousand human genes. But we’re carrying some two million to twenty million microbial genes. Which means that, genetically speaking, we’re at least 99 percent microbe.

If you want a salve for human dignity, think of this as a matter of complexity. Every human cell contains many more genes than a microbial cell. But you contain so many microbes that all their various genes add up to more than your own.

The organisms that live within and upon us are many and varied. Most, but not all of them, are single-celled organisms. They come from all three main branches of the tree of life. You might find in your gut members of the archaea, single-celled organisms that make do without nuclei; the most common of these are the methanogens, creatures that exist without oxygen, help digest our food, and excrete methane gas. (Cows have them, too.) Then there are eukaryotes, such as the fungi of athlete’s foot, and the yeasts that colonize the vagina and sometimes our gut. And most dominant of all, there are our bacteria, like Escherichia coli, which we think of mostly as an illness to be caught from underwashed spinach but that actually exists in harmless and helpful versions within most human intestines.
Rob Knight

Rob Knight is a Professor of Pediatrics and Computer Science & Engineering and Director of the Microbiome Initiative at the University of California, San Diego. He is cofounder of the American Gut Project and the Earth Microbiome Project.

The Enormous Impact of Tiny Microbes