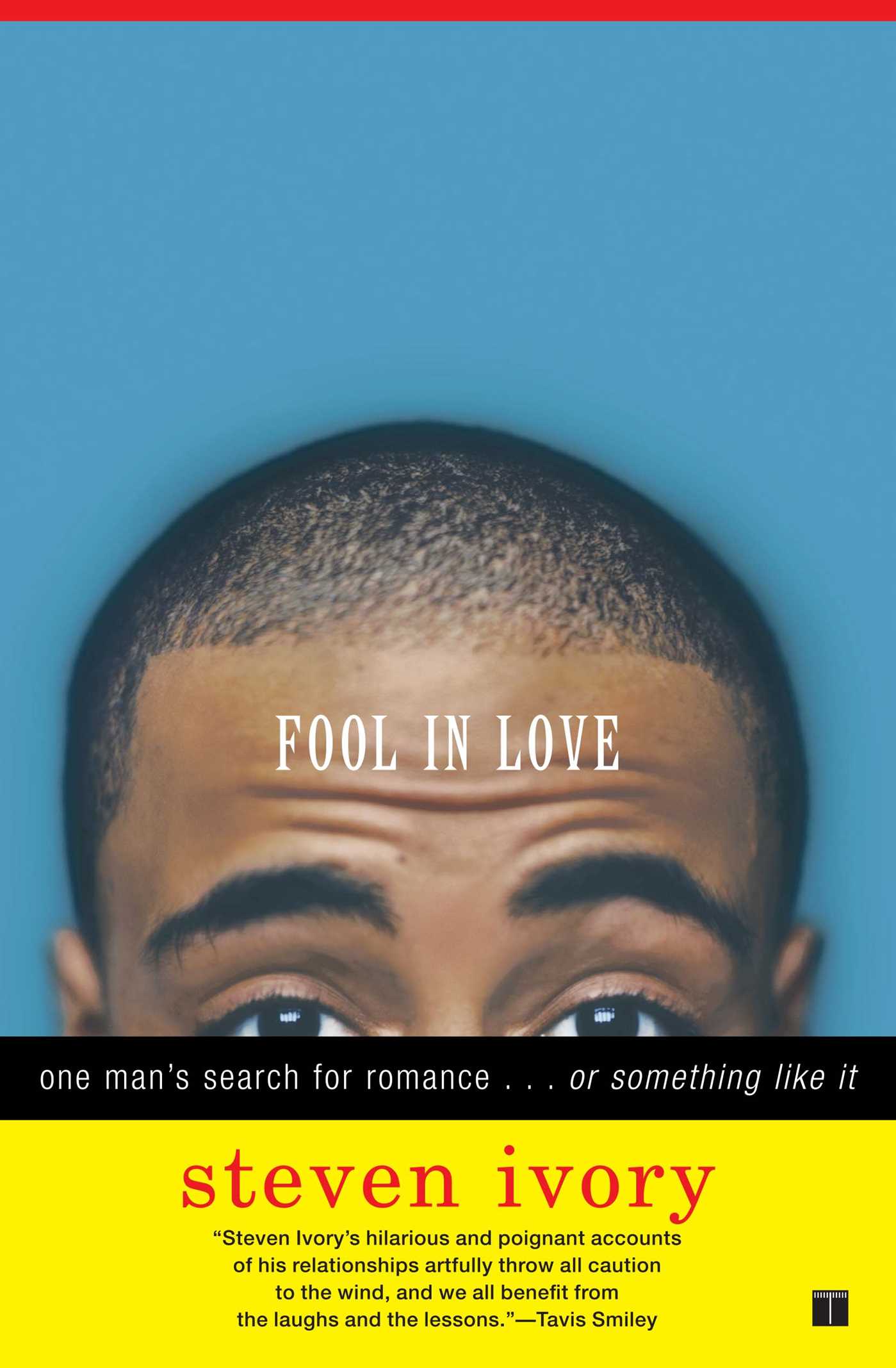 One Man's Search for Romance . . . or Something Like It

By Steven Ivory
LIST PRICE $16.99
PRICE MAY VARY BY RETAILER

The delirious pursuit of love is a search that inevitably takes us all both down the well-beaten path and into new, uncharted territory. In this collection of thirty-three heart-tugging and hilarious essays, celebrated Electronic Urban Report columnist Steven Ivory chronicles his lifelong quest for that thing we all crave: The Meaningful Relationship.
The journey begins with his first love -- his mother -- before making an amusing pilgrimage through lust-filled adolescent affections, an awkward introduction to sex, and a series of poignant and funny adventures of unrequited love, bungled blind dates, and the Ones That Got Away.
Propelled by a wit rivaled only by a willingness to bare his soul, Ivory's revelations on kissing, game-playing, sexual satisfaction, and personal insecurities culminate in a startling, life-altering discovery that touches your funny bone as well as your heart.

Chapter One: It All Begins with a...

She was a good-looking woman. At thirty, she had her stuff together: She had a good job at Hughes Aircraft and a new Volkswagen Rabbit. She was buying the Ladera Heights town house she lived in. She could have taught a naive kid like me, all of twenty-four at the time, a thing or two about life. And she could cook.

But as I left her place late that night for the second time in a week, clothes rumpled and passions unrequited, there was something in an otherwise beautiful picture that I simply could not ignore: The girl could not kiss.

The two of us wrestled amorously on her couch for the better part of the evening, and no matter how I approached it, the result was always the same -- the instant my lips reached hers, she'd open her mouth so wide that she could have easily administered mouth-to-mouth. I tried sneaking up on her lips, to no avail; whenever hers detected mine in the vicinity, they'd again open up -- as if to swallow the bottom half of my face. In the end, both literally and figuratively, I simply could not get past the woman's mouth.

There are certainly bigger disappointments in life than finding someone decent, witty and earnest, who smells good and doesn't embarrass you with the way she dresses, and then discovering she doesn't know how to kiss, but there are hardly more frustrating revelations.

If you are a thinking adult over twenty-five who leads a fairly healthy social life and you don't know how to kiss, then one of three things happened: (1) A true freak of nature, you never in your life dated one single person who could kiss; (2) you simply refused to pay attention; or (3) you're a Resister, one whose mouth defiantly refuses to yield to experience and authority. Either way is a sad situation.

Especially when you consider what this deprived breed has gone proudly through life passing off as a kiss: dramatic, oral assaults of slobbering and slurping, probing, omnipresent tongues and clumsy teeth on the offense. Or indifferent, feeble, obligatory attempts at affection delivered with the romantic verve of a mannequin. There are those who view kissing as something only to be associated with impending sex. Indeed, there are others who don't like to kiss at all and will tell you as much. Get as far away from these people as possible.

For the faltering marriage there is counseling. For sexoholics there is therapy. Every other relationship-associated dysfunction has some type of aid. There should, therefore, be a school for kissing. Because without the kiss, you've got nothing. I know who would be the perfect teacher for such an educational institution: Shirley Brown. When I was sixteen, Shirley lived five doors down from our house. She was just a year older than I was, but seemed a world wiser. For some reason, most of the girls at school despised her.

Shirley's resounding, innate sexuality -- her womanly curves, her insistence -- scared the hell out of me. But apparently not enough to deter me from taking a nighttime stroll with her to the nearby State Capitol Historical Building, where, while sitting on the steps under a sexy, starry sky, Shirley gave me my very first kiss. She began by administering calming, lingering pecks on my lips before finally parting them with her wet, warm tongue and deep kissing me into a dizzying, euphoric vortex of passion.

After that night, Shirley and I would talk on the phone, and she'd persuade me to walk down to her house on Saturday evenings and watch TV with her while the aunt who was raising her fixed people's hair in the back of the house, giving us the opportunity to smooch. I'd find the nerve to work my hand up Shirley's skirt, rubbing her thick, hairy, brown legs until I'd reach the top of her thigh, where she'd gently but firmly stop my hand. If she had offered "it" up, then what? As it was, she gave up something sexier and infinitely more valuable: Years before I'd lose my virginity, I'd learn from Shirley that kissing was not an appetizer, but the main course.

Somebody once defined a kiss as something humans do when words are no longer sufficient. I have to agree. There are few things in the universe more powerful than a kiss. The moment you've experienced a great one, you won't settle for anything less.

Thank you, Shirley, wherever you are.

And kisses don't lie. Well, sometimes they do. But what a lie. A lie that no one would blame anyone for ignoring, for just a little while.

When I told a friend I was writing a book about romance where it concerns me, he replied with an undertone of sarcasm, "Oh, I see -- it's going to be a book of short stories." Another friend coyly remarked that, from any other writer, such a book would qualify as "a labor of love, but..." Her voice trailed off as she contemplated whether coming from me this book would actually have anything to do with love.

These heartwarming exhibitions of faith emanate from friends. When I said there would be thirty-three essays, people got wide-eyed and took a step back, as if they might catch something from a man who has bedded thirty-three women.

Everyone writes about love, but the Search gets no love. Yet it's the quest for love that will make a man do strange things. Make him go out in public in way too tight pants. The Search will make him lie like a rug. Cause him to spend his rent money to impress a woman. Infinitely worse, it will make him do things that other men insist will work in his Search. There is nothing more pathetic than a man who seeks another man's advice on how to be an individual.

You can learn much about love simply by trying to attain it, and ultimately, you discover crucial things about yourself. You could find out that you love being in love. Or you might find what you were searching for and realize you enjoy the chase more than the capture.

During my own Search for true love, I'll be doggone if I didn't discover that many of the partners I've taken have been somehow connected to places, experiences and people of my past, not the least of whom were my parents, especially my mother. Freud may have made the connection ages ago, but the sheer notion still blows my mind. And that is why there are also stories here about my mother. As I see it, this book would not be complete without my taking an honest and affectionate look at the woman who in so many ways set a subliminal standard for what I seek in a mate.

As decidedly whimsical as some of these stories are, reconstructing them was not always a joyful process. Think of old hurt long and hard enough and the pain becomes fresh. Other times, I wished I could go back and relive it just as I did it the first time. Telling the tale called for an honesty that I found necessary only after I attempted to lie. But the only way for us to conquer our fears is to face them, and one of mine has long been the fear of having my feelings exposed -- or worse, of having them open to judgment and ridicule. Lest you assume I say this much in the way a big star whines about the burden of fame yet goes to great lengths to ensure his celebrity, I should say this book was not my idea, but the concept of Simon & Schuster Senior Editor Cherise Grant. She read my weekly nonfiction column at the Electronic Urban Report (EUR) website (www.eurweb.com) and proposed a collection of my (mis)adventures in searching for a relationship.

I've never done anything to this woman. Didn't know her before this project. Indeed, as of this writing, I could not tell you what she looks like if my life depended on it. Yet, she has seen to it that by commissioning such a book, I am virtually guaranteed never to have another date in my life. To her credit, at the outset of our talks, she did mention being called shrewd. She never copped to evil. Fool in Love. That title was her idea as well. Along with everything else, I guess now I'm a fool, too.

In all seriousness, I am forever indebted to Ms. Grant and not simply because she chose to publish my work. I am appreciative because she persuaded me to do this work. There are stories here I've wanted to forget -- which is precisely my reason for telling them.

By the way, the Search (and the saga) continues. 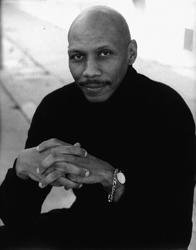 Steven Ivory has been a music and culture journalist for more than twenty-five years. His work has appeared in the Los Angeles Times, Essence, Vibe, and The Source, among other publications. His column appears weekly in Electronic Urban Report (EURweb.com). He lives in Los Angeles, California.

J. Randy Taraborrelli bestselling author of Once Upon a Time: Behind the Fairy Tale of Princess Grace and Prince Rainier Fool in Love made me laugh, cry...and think. In these delightful stories of his journey, you are bound to discover a bit of yourself.

Dr. Gwendolyn Goldsby Grant advice columnist, Essence, and author of The Best Kind of Loving If fools rush in where angels fear to tread, it's a good thing -- look at all the lessons Steven Ivory has learned in his search for love. This delightful book teaches us that all relationships are important, not just the romantic ones.

One Man's Search for Romance . . . or Something Like It

By Steven Ivory
LIST PRICE $16.99
PRICE MAY VARY BY RETAILER