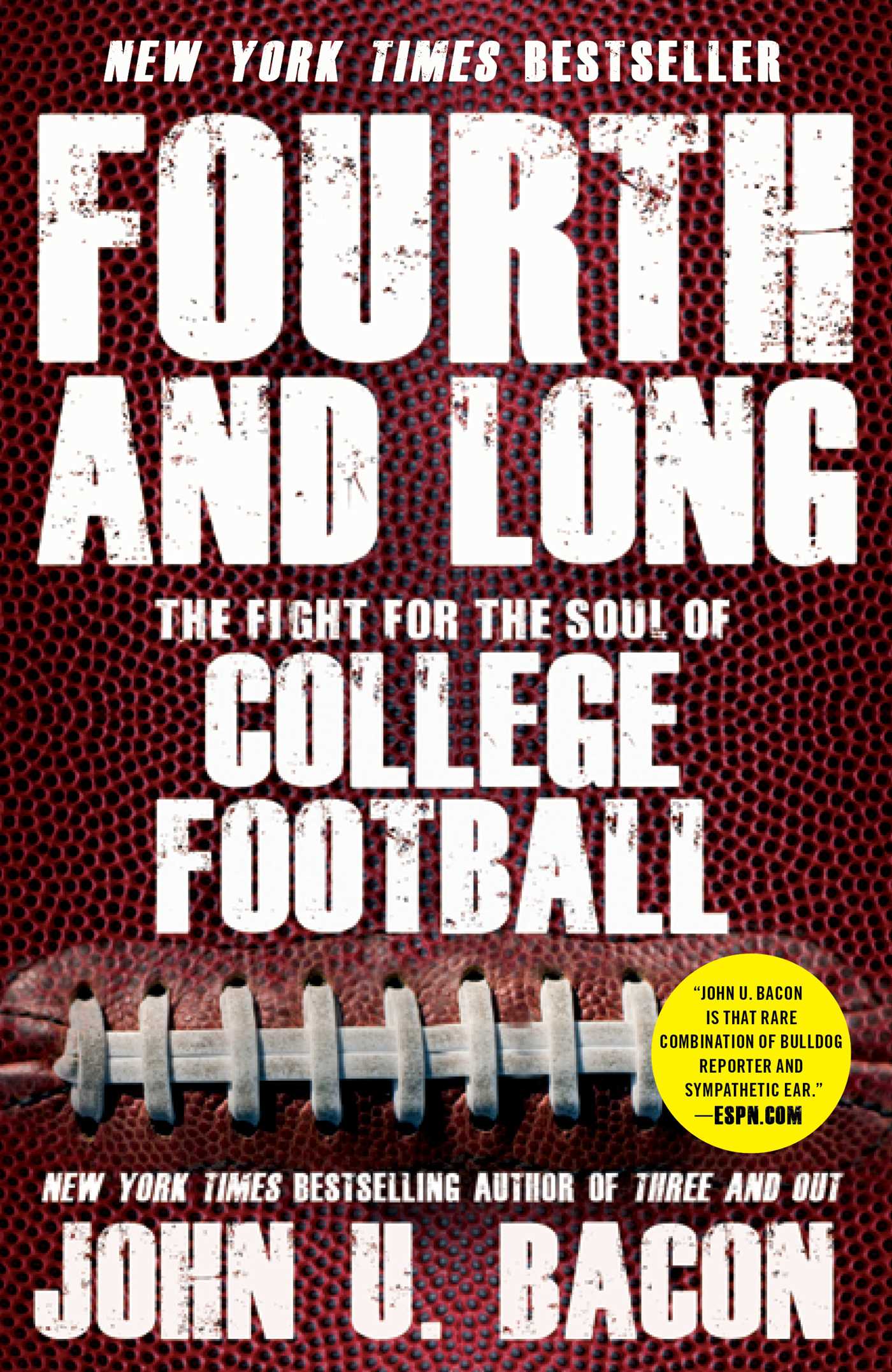 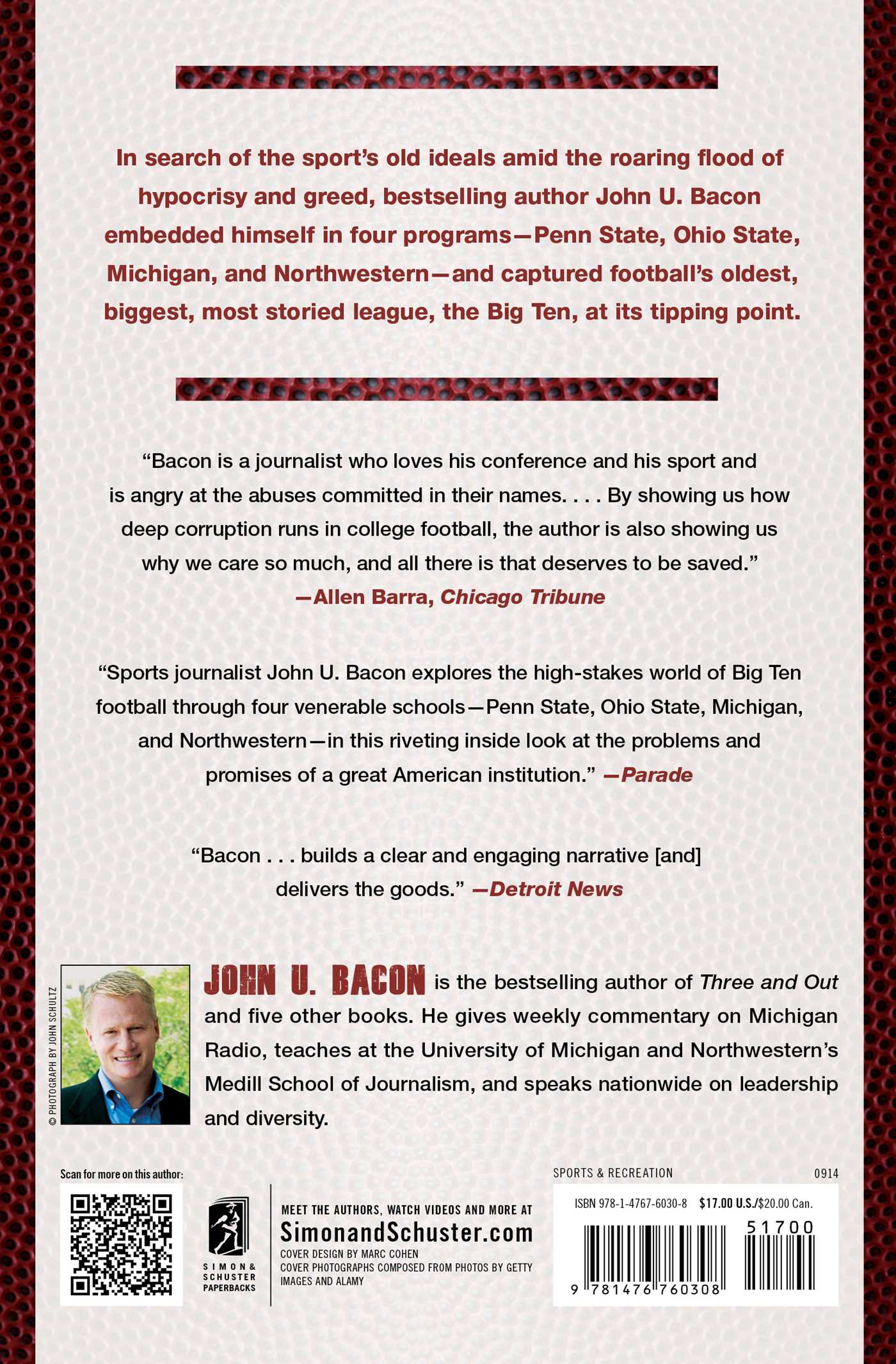 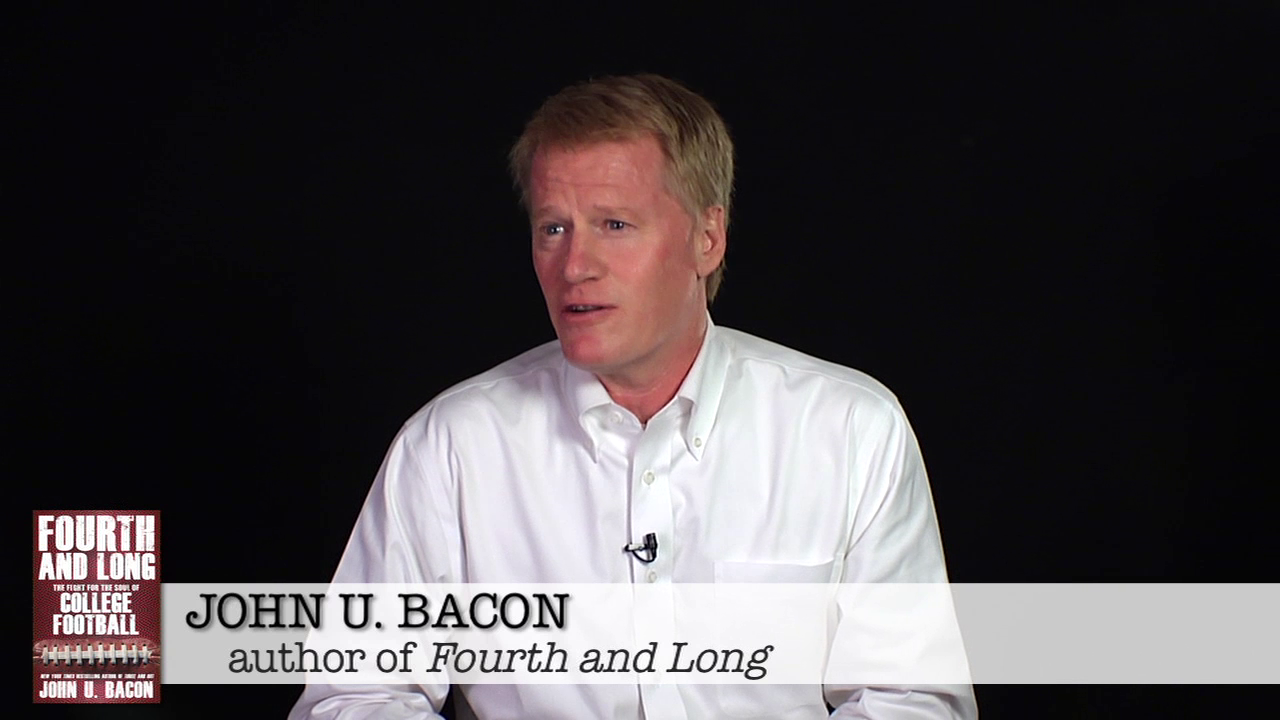 John U. Bacon: What Are You Reading? 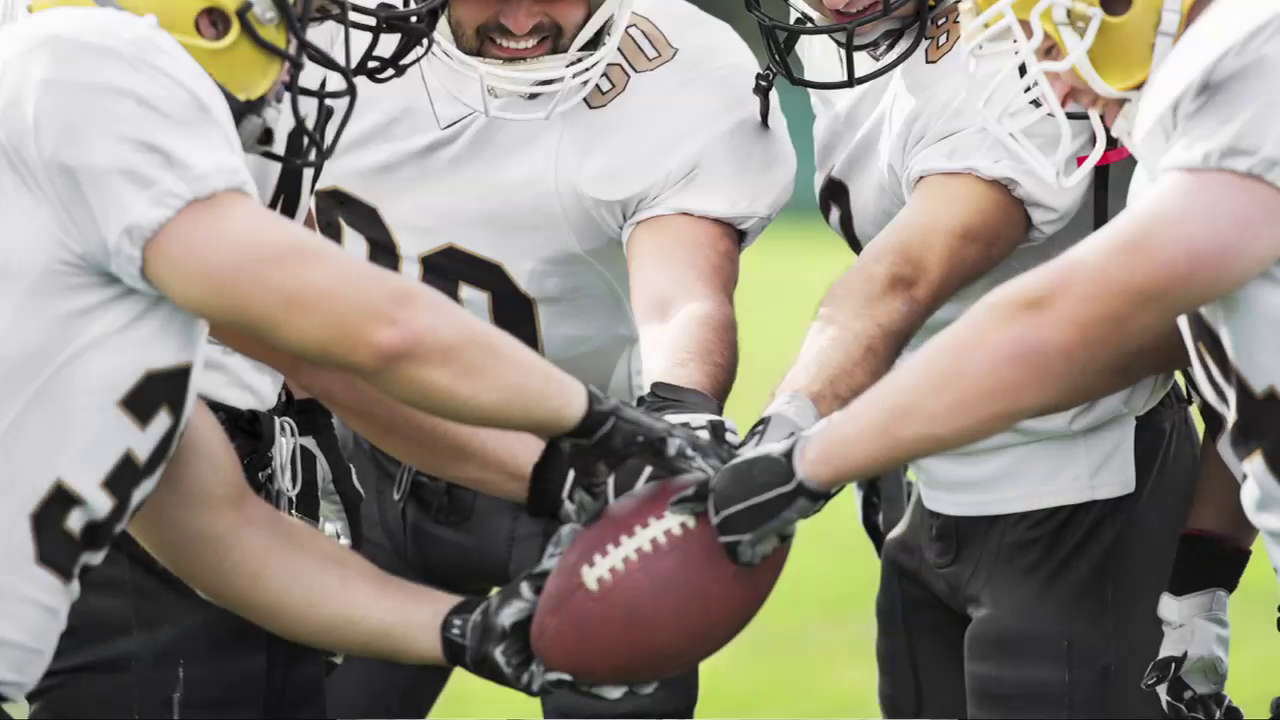 John U. Bacon on the Fight for the Soul of College Football

The Fight for the Soul of College Football

From New York Times bestselling author and Michigan football expert John Back, an analysis of the state of college football: Why we love the game, what is at risk, and the fight to save it.

In search of the sport’s old ideals amid the roaring flood of hypocrisy and greed, bestselling author John U. Bacon embedded himself in four college football programs—Penn State, Ohio State, Michigan, and Northwestern—and captured the oldest, biggest, most storied league, the Big Ten, at its tipping point. He sat in as coaches dissected game film, he ate dinner at training tables, and he listened in locker rooms. He talked with tailgating fans and college presidents, and he spent months in the company of the gifted young athletes who play the game.

Fourth and Long reveals intimate scenes behind closed doors, from a team’s angry face-off with their athletic director to a defensive lineman acing his master’s exams in theoretical math. It captures the private moment when coach Urban Meyer earned the devotion of Ohio State’s Buckeyes on their way to a perfect season. It shows Michigan’s athletic department endangering the very traditions that distinguish the college game from all others. And it re-creates the euphoria of the Northwestern Wildcats winning their first bowl game in decades. Most unforgettably, Fourth and Long finds what the national media missed in the ugly aftermath of Penn State’s tragic scandal: the unheralded story of players who joined forces with Coach Bill O’Brien to save the university’s treasured program—and with it, a piece of the game’s soul.

This is the work of a writer in love with an old game—a game he sees at the precipice. Bacon’s deep knowledge of sports history and his sensitivity to the tribal subcultures of the college game power this elegy to a beloved and endangered American institution. 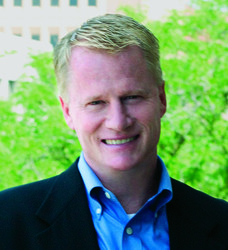 John U. Bacon is the New York Times bestselling author of Fourth and Long, Three and Out, and Bo’s Lasting Lessons.

"John Bacon's exploration of the uncontrolled greed, intellectual corruption, and sheer mendacity that have captured college football would be depressing - if it weren't so wonderfully reported, engagingly written, and utterly persuasive. If you care about college sports, Fourth and Long is required reading."

"No one knows the Big Ten better than John U. Bacon, so it's no surprise he picked the perfect football season to chronicle in his groundbreaking book, Fourth and Long. Bacon has written a riveting portrait of a watershed season in the most venerable college conference in the nation. The Big Ten is at the vortex of so many issues in college sports, and Bacon expertly covers them all."

"John U. Bacon went deep inside the world of college football, penetrating the locker room doors to meet some players you won’t forget and, most amazingly, learn the secrets coaches protect more fiercely than the CIA. By getting so close to the heart of the sport, Bacon reminds us what we love about our greatest game."

“John U. Bacon has gotten to the core of the tug-of-war between the players and fans on one side, and the people running college sports exclusively for their own profit on the other. Bacon provides unique perspective that causes even the most ardent supporter of the status quo to question the future of this cherished American institution."

"John U. Bacon is that rare combination of bulldog reporter and sympathetic ear... Buy [Fourth and Long]."

“Bacon…builds a clear and engaging narrative [and] delivers the goods.”

"Despite its problems, college football remains a joyride when guys like [Bacon] are driving. Fans would be smart to hop in with Mr. Mauti, Mr. Zordich and Mr. Bacon and discover that this flawed game can still be a hell of a trip."

"Sports journalist John U. Bacon explores the high-stakes world of Big Ten football through four venerable schools—Penn State, Ohio State, Michigan, and Northwestern—in this riveting inside look at the problems and promises of a great American institution."

"What Bacon outlines in Fourth and Long: The Fight for the Soul of College Football, is that seniors Michael Mauti and Michael Zordich, lauded for their leadership last year - for staying and leading the charge for others to stay - may not have been lauded enough."

"The book is set perfectly to describe the sweeping turmoil and change as Penn State weathered the fallout of the Jerry Sandusky scandal and harsh NCAA sanctions while transitioning to a new coaching staff... [with] fly-on-the-wall, eyebrow raising scenes involving key Penn State football figures -- much of it from Mauti, the former star linebacker now with the Minnisota Vikings."

"[M]ust-read material within the Penn State community.... [John U. Bacon]'s stories are well-crafted, informative and entertaining.... With the future of college football already upon us, this jaunt through one of the last true stories of college football's "soul", free from hidden agendas and greed, is worthy of contemplating both what was and what will be as Penn State plows ahead toward its own future."

"In Fourth and Long, Bacon, author of a superb account of a coach and football program over three turbulent seasons at the University of Michigan in Three and Out... If you're looking for feel-good stories about college football, look elsewhere. Bacon is a journalist who loves his conference and his sport and is angry at the abuses committed in their names... And yet, Fourth and Long is not depressing. By showing us how deep corruption runs in college football, the author is also showing us why we care so much, and all there is that deserves to be saved."

The Fight for the Soul of College Football