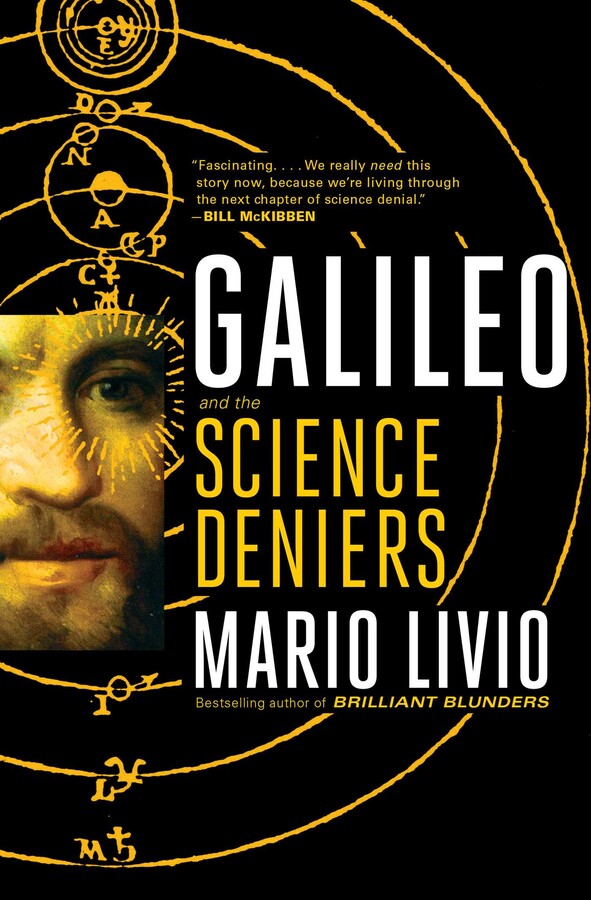 And the Science Deniers

By Mario Livio
LIST PRICE $17.99
PRICE MAY VARY BY RETAILER

A fresh interpretation of the life of Galileo Galilei, one of history’s greatest and most fascinating scientists, that sheds new light on his discoveries and how he was challenged by science deniers. “We really need this story now, because we’re living through the next chapter of science denial” (Bill McKibben).

Galileo’s story may be more relevant today than ever before. At present, we face enormous crises—such as the minimization of the dangers of climate change—because the science behind these threats is erroneously questioned or ignored. Galileo encountered this problem 400 years ago. His discoveries, based on careful observations and ingenious experiments, contradicted conventional wisdom and the teachings of the church at the time. Consequently, in a blatant assault on freedom of thought, his books were forbidden by church authorities.

Astrophysicist and bestselling author Mario Livio draws on his own scientific expertise to provide captivating insights into how Galileo reached his bold new conclusions about the cosmos and the laws of nature. A freethinker who followed the evidence wherever it led him, Galileo was one of the most significant figures behind the scientific revolution. He believed that every educated person should know science as well as literature, and insisted on reaching the widest audience possible, publishing his books in Italian rather than Latin.

Galileo was put on trial with his life in the balance for refusing to renounce his scientific convictions. He remains a hero and inspiration to scientists and all of those who respect science—which, as Livio reminds us in this gripping book, remains threatened even today. 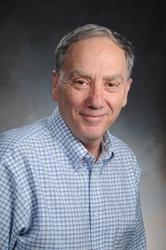 Mario Livio is an internationally known astrophysicist, a bestselling author, and a popular speaker who has appeared on The Daily Show, 60 Minutes, and NOVA. He is the author of the bestsellers The Golden Ratio, Brilliant Blunders, and Galileo. He lives in Baltimore, Maryland.

“One would have hoped that the Galileo story could be treated just as the fascinating history this book makes clear it is—but we really need this story now, because we’re living through the next chapter of science denial, with stakes that couldn’t be higher.”

– Bill McKibben, author of Falter: Has the Human Game Begun to Play Itself Out?

“Every so often a reason arises to retell the life of Galileo. This year, as Mario Livio so forcefully demonstrates in Galileo and the Science Deniers, the 400-year Galileo Affair casts an urgent new light on the current climate crisis.”

"Few historical episodes are more fraught with subtleties, ironies and ambiguities. To tell it properly requires an unusual breadth of knowledge and the gifts of a great storyteller. Fortunately, Mario Livio is fully equipped for the task. . . . [Livio] tells the story of Galileo in a perceptive, illuminating and balanced way."

One of Symmetry's Top Physics Books of the Year

"Astrophysicist Mario Livio couldn’t be more timely in this new treatment of the mind and methods of the founder of modern science."

“Galileo and the Science Deniers delivers a fresh assessment of the life of a scientific legend. . . . Livio also set out to produce a biography more accessible to a general reader than the typical scholarly tomes. And he succeeded. His commentaries comparing Galileo’s time to today’s are weaved into an engagingly composed and pleasantly readable account."

"Livio has added to the canon an accessible and scientific narrative, in which a profound love for Galileo shines through."

"Livio’s gift for clear and cogent writing . . . makes this a welcome addition to the already voluminous literature on Galileo and the Church."

"[An] admirably clear and concise account of the Galileo affair."

"Livio beautifully describes both Galileo's work and his struggle for intellectual freedom. Livio is perfectly placed to do this. An astrophysicist himself, he has worked on a great-great-great-grandchild of the telescopes that Galileo employed, the Hubble space telescope. Seen through the eyes of an active researcher, Galileo's discoveries appear, not as historical facts, but as live components of a scientific effort that continues today. . . . A gripping story anyone can enjoy."

"An able scientist himself, Livio is well qualified to show how denial threatens intellectual freedom as well as health and survival.”

“Livio illuminates the parallels between the deniers of Galileo's scientific findings and those today who ignore the evidence of climate change. Intriguing and accessible, and packed with clever insights, Livio's latest gives readers plenty of think about.”

"The most compelling reason to read this biography is the relevance of Galileo’s famous political and religious struggles to today’s problems. . . . In comparing the culture that condemned Galileo to our own, Livio writes that the mindset that leads to nonscientific decrees . . . also prevails in the United States to this day."

“The latest from astrophysicist Livio features the author’s unique insights as well as his concern about the current fashion for giving ideology priority over truth. . . . The author truly excels in his explanations of Galileo’s findings as well as his descriptions of the culture of Renaissance Italy. . . . An expert life of a giant of science.”

“Mario Livio’s Galileo is a beautifully written, enthralling, and insightful history of a courageous genius.  Today scientists and indeed all of us have a much less fraught, but otherwise not that dissimilar task to struggle with those who deny evolution, climate change, and free thought generally. A fascinating read.”

– John Allen Paulos, professor of mathematics, Temple University and the author of Innumeracy and A Numerate Life

"Mario Livio is ideally qualified to interpret Galileo's ideas and philosophy. As a bonus, he offers parallels between 17th century interactions between science, religion and the public, and those we encounter today. This fascinating book deserves wide readership."

– Martin Rees, Astronomer Royal for the United Kingdom, and author of On the Future: Prospects for Humanity

"Livio argues that the distinction we make between the humanities and the sciences is false and damaging, and that Galileo illuminates a better balance between the two. A refreshing perspective on Galileo's legacy."

"It is fashionable to invoke Galileo on both sides of any debate to claim the mantle of truth. In Galileo and the Science Deniers, Livio teaches us the method by which Galileo found the truth—a process more powerful than rhetoric—examination.  Today more than ever we need to understand what made Galileo synonymous with finding the truth."

“Galileo and the Science Deniers is a brilliant, highly readable account of Galileo’s life and accomplishments. The book is a joy to read and provides an accurate and vivid reconstruction of the immense intellectual contributions of Galileo. Livio thoroughly succeeds in illustrating the many facets of Galileo’s personality, and he offers wise and insightful reflections upon the necessity to overcome the division between the humanities and the sciences.”

“This is an insightful, riveting and deeply researched biography of Galileo Galilei that reveals not just his complex character but also how he was truly intellectually radical and well ahead of his time.”

– Priya Natarajan, Professor, Departments of Astronomy & Physics, Yale University and author of Mapping The Heavens: The Radical Scientific Ideas That Reveal the Cosmos

“To better understand the perilous threat of science denialism today, Mario Livio looks back at the scientist who faced the greatest denial of them all: that the Earth revolves around the Sun.  By offering us an astrophysicist’s unique perspective on Galileo's life and fate, this engaging work is a must read for anyone who values the contributions of science to society.”

– Marcia Bartusiak, author of The Day We Found the Universe and Dispatches from Planet 3

“Scientists have typically been fascinated and inspired by Galileo’s scientific achievements and by his struggle with the Catholic Church. In this book, astrophysicist Livio does an excellent job of conveying such fascination and inspiration in a manner that can be appreciated by scientists and nonscientists alike. An important lesson he emphasizes is Galileo’s bridging of the gap between the two cultures, namely the sciences and the humanities.”

– Maurice A. Finocchiaro, author of On Trial for Reason: Science, Religion, and Culture in the Galileo Affair

And the Science Deniers

By Mario Livio
LIST PRICE $17.99
PRICE MAY VARY BY RETAILER