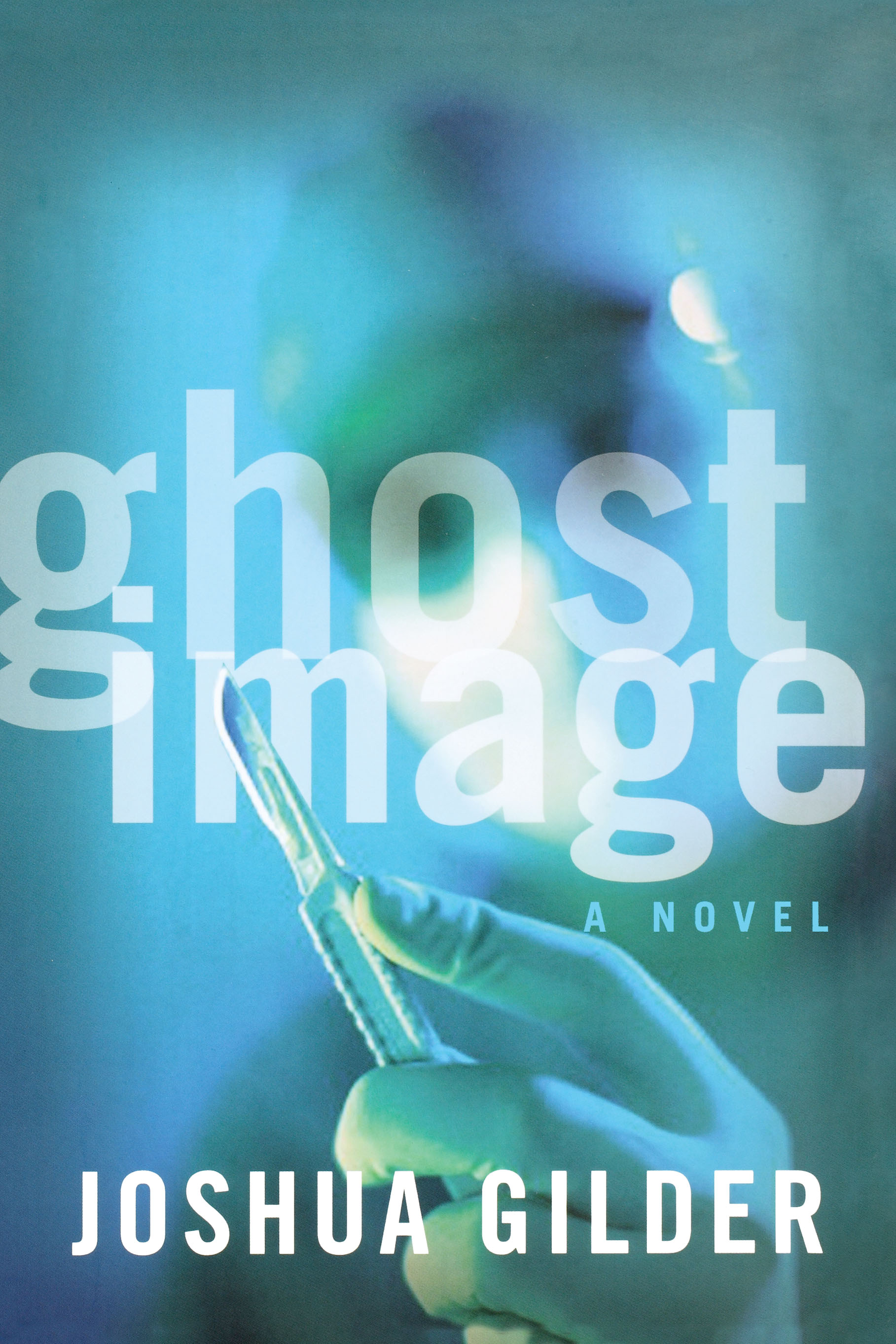 The last thing plastic surgery resident Jackson Maebry wants at the end of a long day in the operating room is a call to the ER. Once he gets there, what he finds is worse than his most hellish imaginings: a young woman, beaten and burned almost beyond recognition, a trauma case as terrible as any he has ever seen. What Jackson's colleagues don't know is that the victim, Allie, is actually his lover.
With Allie in a coma, Jackson keeps their relationship quiet and takes part in her reconstruction, a complicated and grueling set of procedures that only the most skilled specialists can perform. But as he and the other doctors struggle to put her back together, the fractures in Jackson's own life begin to break apart dramatically. When the San Francisco Police Department's investigation of the attack leads to his door, Jackson knows the truth can no longer be suppressed.
Ghost Image is an expertly plotted, chillingly vivid, and wholly absorbing mystery, signaling the debut of an unforgettable new voice in the genre. Taking readers inside the operating room and literally under the skin of its patients, it's a story that will appeal to those fascinated by medicine and forensics. It is also a story -- like all classic crime novels -- about guilt and innocence, good and evil. But, above all, it is a story of love -- the kind of love that might prove deadly, or that might just save your soul.

The blade cut smoothly through the translucent skin covering her eye. Little drops of blood bubbled up along the line of the incision.

Taking the forceps, I pulled back on the skin -- delicately, like peeling a grape -- reaching under with the scalpel to sever the connective tissue holding it in place. The nurse followed behind with an electrical bovie device to cauterize the bleeding vessels. It made a zapping sound -- like those gadgets that hang in the backyard to electrocute mosquitoes -- followed by a sizzle and the smell of burnt flesh.

Henning was a first-year resident, an intern. He was bright and a quick learner, but like many medical students, he'd had his nose buried in a book since he was a small child and his social development had suffered accordingly.

A final cut and the skin pulled free: a crescent shape, like a quarter moon. I plunged the scalpel vertically through the muscle surrounding the eyeball -- Henning made an "ouch" sound and drew in his breath -- and fatty tissue welled up through the incision.

"Henning," I said, "get ahold of her arm, would you. I think our patient is trying to grab the scalpel."

Because it was a relatively short procedure, the woman we were operating on was sedated but not put all the way under. It's safer that way, and the patient doesn't feel anything, but the nerves still react to the pain.

Henning and the nurse wrestled her arm down, strapping it under the Velcro restraint, while the anesthesiologist gave the woman another "cocktail" through the IV tube. In less than a minute, she had calmed down again.

"So," said Henning, "is this one of your movie stars?"

In fact, she was an aspiring actress, and had been for almost three decades now, not a star; which is why she came to be operated on at the Residents' Clinic, where the rates were a fraction of what they would be with a private doctor. The procedure would remove the bags from her eyes and give her another decade or so to aspire.

"Yeah," I said, "it's Marilyn Monroe, back for her thirty-seventh face-lift."

The real stars all went to Brandt, Dr. Peter Brandt, the head of Plastics here at San Francisco Memorial: Hollywood actors of both sexes, escaping the L.A. media; politicians' wives from Washington, hoping to erase the effects of too many campaigns with too much stress and too much junk food; and, increasingly, large numbers of foreigners spending their newly gotten wealth to "westernize" their ethnic features.

They'd made Brandt one of the most highly paid plastic surgeons in the country, and with the recent attention to his new start-up venture, Genederm -- a biotech company growing genetically manufactured skin in the laboratory -- he'd become something of a media celebrity as well. As Brandt's chief resident, studying with him on a special two-year fellowship, I basked in his reflected glory, as well as the rumors, all true, that he was pulling strings to get me a coveted position on the faculty at Memorial.

"Ah, Jackson -- " Henning began, as I moved over to work on the other eye.

"Can you get me a date with our patient here?"

"Sorry, Henning. Hippocratic oath. We're not supposed to do anything detrimental to our patients."

The operation proceeded methodically. I sutured the incision above her eye, then moved down, cutting along the almost invisible line between the outside of the lower lid and the lashes. Henning, though ostensibly watching me closely, soon became absorbed in other thoughts. The anesthesiologist sat by her machine, reading a book. The nurses stopped hovering, and stillness fell over the operating room.

There is something about delicate work that sets my mind free. Those days, in any case, I was always thinking about Allie.

I hadn't known her long before I made up my mind to propose. I had tried once, when we were at the beach, desperately struggling to get out the words, without success. I don't know whether Allie sensed my turmoil, but she gave no sign of it. She just sat there calmly, her eyes looking out to the sea, her knees tucked up to her chest and circled by her arms, moving her bare feet back and forth until they were buried in the sand.

And I just sat there, too, gazing at her extraordinary hair as the wind blew it about her face and she would grab it and try to push it back. There were masses of it, and it never seemed to be under control. She complained about it all the time and carried a can of hair spray wherever she went. It was one of the things I loved about her, the way she was constantly trying to mat her hair down with spray, then giving up and putting on a cap -- with this great clump of curls sticking out behind in a kind of ponytail -- or, when she was trying to look more sophisticated, putting a bandanna over her head and tying it tightly in back. It was the wet air of San Francisco, she said, that made her hair so impossible. Once, when we were downtown and she was having a particularly bad hair day, we happened to be passing a Hermes store, so I went inside and bought her a scarf. It was tan, with a pattern of little red balloons that made her look innocent, even schoolgirlish, and from then on she wore it all the time.

I tied the final knot in the suture at the corner of the patient's eye, and the nurse clipped it with her scissors.

"We're about through here," I said loudly.

Henning woke with a start. Like all first-year residents, he'd developed the ability to catch up on his sleep while standing over an operating table. He reached up to rub his eyes awake, then realized he had on sterile gloves, so just shook his head violently.

"Put some cold compresses on her eyes to keep the swelling down," I told him, "and take her down to recovery, would you? I've got to get moving."

The scrub nurse gave me a look of surprise -- usually I'm the last one out of the operating room -- then went back to helping Henning with the compresses. The circulating nurse untied my smock in back, and I turned around as she unwrapped me.

"Put some more cold compresses on when you get there," I called to Henning as I banged through the door. With any luck, I'd be with Allie in less than an hour.

She'd be waiting for me at my apartment, as we'd arranged, surprised to see me so early; not ready yet to go out. That was fine with me: I liked to lie on the bed and watch her get dressed and put on her makeup, that look of intense concentration followed by a little frown in the mirror when it was all complete. The sight of her stepping into a dress, or tucking in her shirt and zipping up her jeans, was almost better than watching her take off her clothes -- not erotic, exactly, not particularly graceful, either. Just practical, unself-conscious and feminine. I'd come to memorize those movements, the way she would step into her shoes while buttoning her blouse, squeezing her feet in while walking over to pick up her handbag, then turn to me and announce she was ready. Sometimes, when I was very late, and the fog and damp had settled over the city and I showed up at the door at midnight, Allie would pull on her pants, tuck in the nightdress she'd been sleeping in and put on a leather jacket. Then we'd walk to the diner and order a beer for me and a hamburger, onion rings and milk shake for her, no matter how soundly she'd been asleep just minutes earlier.

I was in the shower, washing the hospital smell from my hands and out of my hair. The sound was muffled, almost drowned out by the noise of the running water -- three short beeps, a high-pitched summons on my pager. So faint I could have missed it. But I didn't.

The Washington Post ...a superior medical thriller...Gilder keeps the suspense rising...His dialogue rings true, as does his portrayal of hospital life...Ghost Image is an unusually intelligent and skillful first novel...This one made my day.

Library Journal This gripping debut by a former presidential speechwriter hurtles to its conclusion.

Romantic Times Book Club Magazine ****1/2. Fantastic. First time novelist Joshua Gilder hits pay dirt in this suspenseful roller-coaster ride...Readers will not want to miss one word of this web of deceit and mystery so expertly woven by fledgling novelist Gilder.