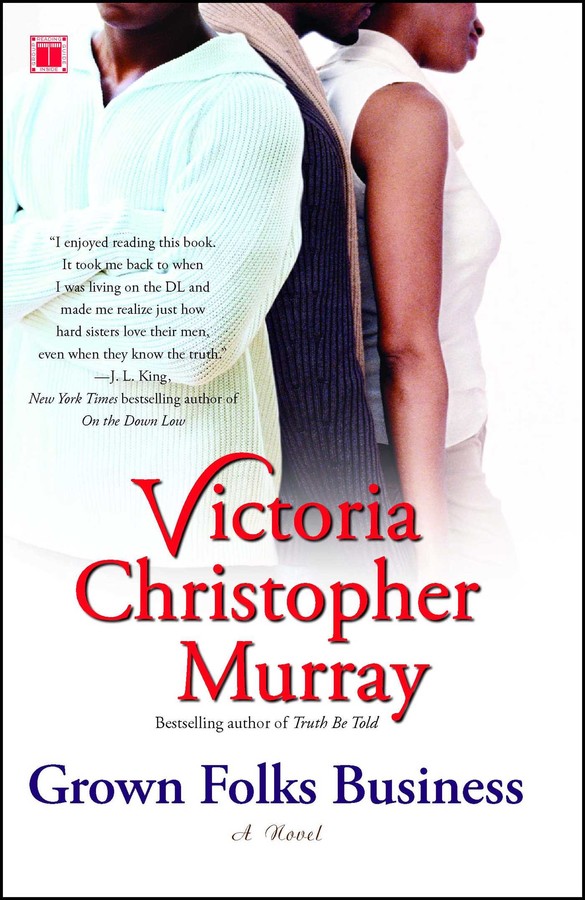 Sheridan's husband wanted to stop living a lie, but how was she going to live her life knowing the truth?

"There's no other way to say this. I'm in love with someone else." With these words, Sheridan Hart's life as she knows it comes to a crashing halt. She thought she was living every woman's dream: for the past seventeen years of marriage, Quentin had been a model husband, father, and business partner. But for all those years, he'd been hiding a secret from her. In fact, he had kept his secret from everyone. His startling confession is a lifelong attraction to men, and he is leaving her to be with his lover.
While coming to grips with the destruction of her marriage, Sheridan must also deal with the emotional reactions of her sixteen-year-old son and ten-year-old daughter. When word gets out about Quentin, everybody has something to say -- her family, her friends, and her church community all have advice to give and judgment to dole out. But at the end of the day, Sheridan must lean on her faith and her heart to decide what's best for her family.

Reading Group Guide
1. Quentin tells Sheridan that he's in love with someone else, but that he hasn't been having an affair. Do you think that a marital affair includes sexual infidelity by definition? What do you think constitutes "cheating?"
2. Sheridan feels that she is suffering the worst kind of betrayal from her husband. Is it worse for her because Quentin loves another man and not another woman? Do you think Sheridan would have felt differently if Quentin confessed to sleeping with a man, but not having fallen in love? How would you feel if you were in Sheridan's shoes?
3. Grown Folks' Business presents situations that cause us to reconsider what makes a man, a man. Consider Quentin's sexual identity crisis and Cameron's prostate cancer, and Christopher's attitude toward his father. What do you think the defining characteristics of a real man are?
4. Similarly, Grown Folks' Business asks questions about womanhood and femininity. Kamora, with her sexy clothes and active love life, resides at one end of the femininity pole. Sheridan, with her sweat suits and celibacy, believes she resides at the opposite end -- and, in fact, blames Quentin's abandonment on her lack of femininity. What do you think it means to be a real woman?
5. Homosexuality is an increasingly sensitive issue in our community. What are some of the different views on homosexuality presented by the various characters in Grown Folks' Business? How do you feel about these opinions?
6. As Kamora tells Sheridan, we're all "only human." What do you think is the difference between the hypocrites in this novel and the people who are "only human," but trying to do right by God? To which camp would you assign each of the following: Sheridan, Quentin, Sheridan's brother, Kamora, Beatrice and Cameron, Deja, Francesca, Christopher, Brock, and Pastor Ford.
7. When we are first introduced to Brock, he doesn't seem a likely candidate for Sheridan's affections beyond the initial physical attraction. Why do you think Sheridan is able to open her heart to him? Have you ever dated someone much younger than yourself? How do you feel about women who date younger men?
8. There are many things about Deja that Sheridan doesn't like. Do you think Deja is right in saying that Sheridan doesn't think she is good enough for Christopher? What reasons do you think are significant enough for a parent to forbid her/his teenager from dating someone? Where do you draw the line between a difference in taste and knowing that a relationship is a bad idea?
9. When Sheridan and Quentin explain to Deja that Christopher is too young to marry her, Sheridan recalls being on the receiving end of a similar lecture from her own father. What is different about Sheridan and Quentin's young, rushed marriage and Deja and Christopher's situation?
10. Do you think Quentin was ever truly in love with Sheridan, or do you think he married his best friend in order to cover up his repressed homosexuality, someone he could make a life with? What is the difference? Do you feel any sympathy for Quentin? 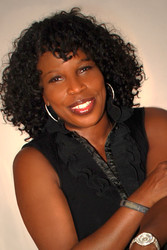 Victoria Christopher Murray is the author of more than twenty novels including: Greed; Envy; Lust; The Ex Files; Lady Jasmine; The Deal, the Dance, and the Devil; and Stand Your Ground, which was named a Library Journal Best Book of the Year. Winner of nine African American Literary Awards for Fiction and Author of the Year (Female), Murray is also a four-time NAACP Image Award Nominee for Outstanding Fiction. She splits her time between Los Angeles and Washington, DC. Visit her website at VictoriaChristopherMurray.com.

"I enjoyed reading this book. It took me back to when I was living on the DL and made me realize just how hard sisters love their men, even when they know the truth."
-- J. L. King, New York Times Bestselling author of On The Down Low

"Grown Folks Business rattles the relationship cage and gets to the heart of what's serious and painfully real."
-- Lolita Files, author of Tastes Like Chicken

"Victoria is an exceptional writer who knows how to deliver a story. Readers will find themselves still thinking about the characters long after they've turned the last page."
-- Kimberla Lawson Roby, author of The Best-Kept Secret