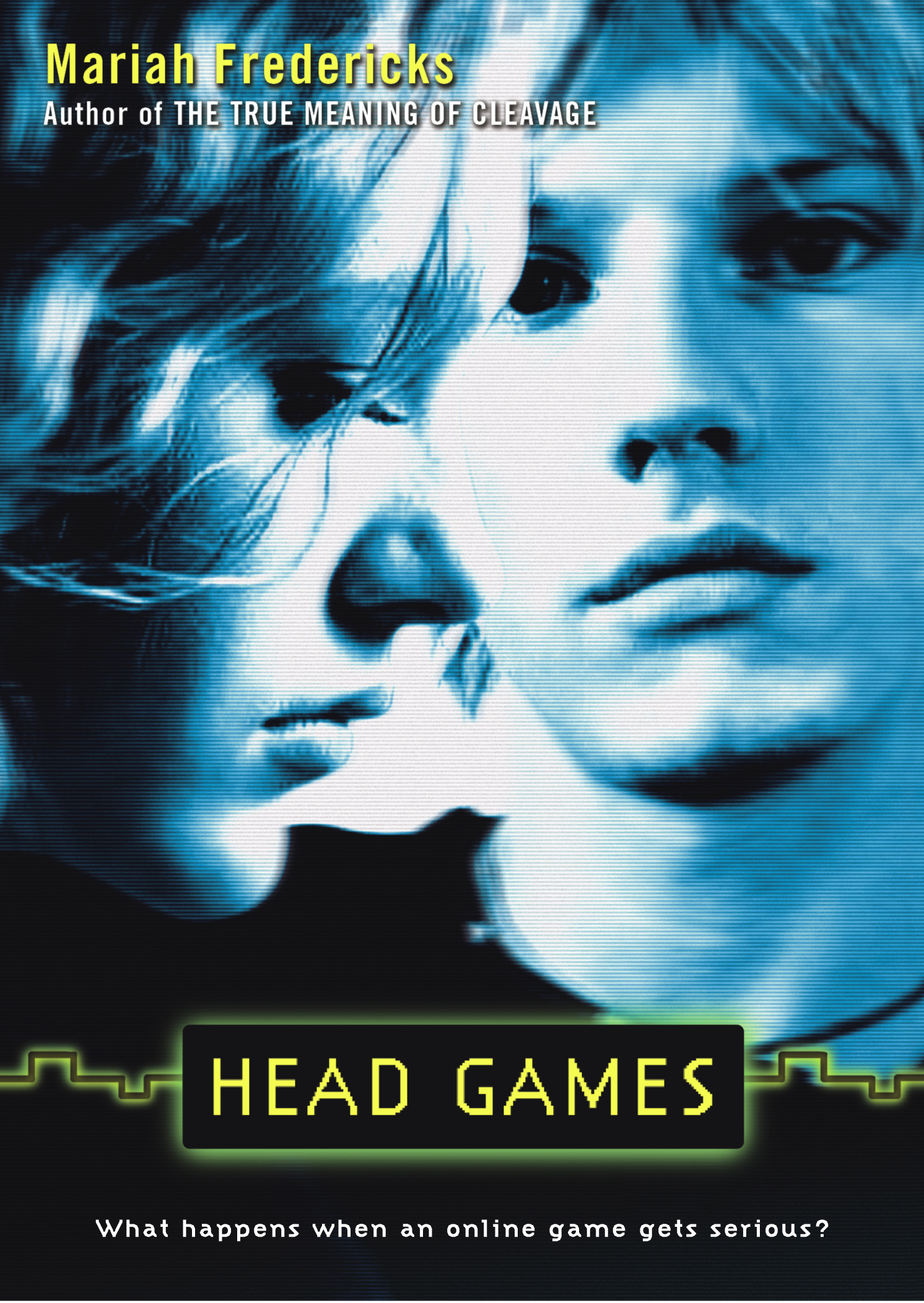 To Judith, fantasy rules. Particularly in the Game, which she plays online with a bunch of strangers she knows only as the Witch, the Drunken Warrior, and Irgan the Head Case. In the gaming world it's strictly alternative identities. No one knows who you are, no one gets too close.

But one player in the Game is coming after her -- and he's a lot closer than Judith guesses.

All it is, is a little pressure.

You think about all the channels, all the wiring. The signal from your brain running through your nervous system to the tip of your finger. From the mouse through the cable, then...out there, miles and miles of electricity, snapping and crackling down the line, and then it all comes screaming right back at you.

And there it is, your answer.

Which might explain why I've been sitting here for three minutes, unable to do something as simple as bend my finger.

I've got the cursor in place. It's right over the dice symbol, ready to give me the number.

I'm just not ready to ask for it.

I think about numbers. One through six. How much difference is there between one and six? Between two and five? Three and four? Almost none.

Out of the corner of my eye I see a new message.

I resist the temptation to type the symbol for the finger sign.

Because I am. Scared? But he doesn't have to know that.

There has to be a connection between the noun die and the verb die. It can't be a coincidence that this little cube of chance has the same name as the ultimate bad roll.

Only one and two.

I've earned a four or a five, I think. I've been playing really well.

And I've been attacked. And by someone on my team. That should earn me something, right?

But you can't earn anything in a game of chance. Luck isn't earned. It just is.

Time to throw myself upon the mercy of the universe.

Another message: If you kick a dog and it doesn't move -- is it dead?

I type back: If you kick a dog, it might jump up and bite your ass.

I think: Things you can make happen with just a finger.

No one or two.

No one or two.

I fix my eyes right on the screen. No looking away. Press.

After all that, it's easy. Just press and it's done.

Can't take it back now.

Snap, snap, screaming through the wires, the question, the answer, the request, the reward or the punishment.

And I am still alive.

My mom knocks on the door, tells me it's time for dinner. I tell her, "In a minute."

She opens the door. "Judith. Now."

Now I am here.

"Here" is the kitchen. "Here" is the plate on the table. Salt and pepper shakers. The mail stacked up on the counter. My mom eating.

I am here now, me again.

But the Game's still in my head. Buzzing and crackling, like in the Frankenstein movies, where they shoot the monster up with electricity.

Irgan, the guy who attacked me, rolled a three. But he has an extremely high level of aggression. Aggression can mean you don't need as much strength.

I can't believe he attacked.

My mom says, "You sit too close to the screen."

My mom -- the other person at the table obsessed with the Game.

"It's really not good for your eyes," she says.

I nod over my plate.

But she is. Nagging. The problem is not the screen. Or my eyes.

My mom just hates the Game.

She sighs dramatically. "I remember when people used to play games with other people."

"I do play with other people," I remind her.

"I mean people you can see. People who are there."

"They are there," I say patiently. "They just happen to be in other places while they're there."

My mom's voice. "Do you know anything about these people? Who they are?"

"What does it matter?"

"It does matter," she says. "It matters because there are sick people out there."

It's a joke. The new bogeyman.

I should make a joke, actually. Something about monsters under the bed.

But for some reason my throat's tight -- whatever I say, it'll come out wrong. It's the images in my mother's head. Drooling old men reaching out to put their hands on you. Their gross, sticky fingers. Come here, little girl.

Joke. Think of a joke.

I grin. "Well, then it's definitely a good thing that there's a lot of distance between me and them."

"And you'll keep it that way?" She's all intense. "Someone asks to meet you, you say no?"

My mom is not the worst. She tries. Only sometimes too hard.

Then from the outside hallway we hear the rumble of the elevator, someone getting off on our floor. Our kitchen's right by the front door, so you can hear everyone coming and going.

Well, you can hear the Heitmans. They're the only other family that lives on our hall.

My mom pretends to be eating. But I can tell she's listening. Trying to figure out: Is it Mrs. Heitman? Mr. Heitman? Or Jonathan?

It's almost nine o'clock. It could be Mrs. Heitman coming home from work.

Could be Jonathan. Coming home from wherever.

The door to the Heitmans' apartment opens. Closes.

My mom waits a second, then says in a low voice, "I saw her the other day."

I shake my head and Mom shakes hers, too. We may not agree on the Game, but we do agree about Mrs. Heitman. We feel bad for her. And we like her. Even though we don't know her that well.

We should, when you think about it. Know her better. The Heitmans have lived next door as long as we've been here -- practically forever.

My mom reaches across the table and squeezes my hand. Like, Maybe my kid spends too much time on the computer, but she's not a psycho like Jonathan Heitman.

Then she gives me a big smile. "Hey, when's Leia coming around? I miss that girl."

I take a drink of soda. I wish there were a way, when you don't ever want to think about somebody again, that you could erase the memory of their existence from other people's minds. Because as long as they're in someone's head, they exist. Which means you end up talking about them.

Which means you have to remember they exist.

"I mean, now that the school year's started, and you guys are back at Connolly, I'm assuming you'll be as inseparable as ever."

Lie or tell the truth?

I can't decide, so I end up not saying anything.

I concentrate on my plate. "I don't really know."

My mom frowns, then asks, "What? You guys have a fight?"

She waits for a second, then says, "Well, whatever it is, I can't imagine you won't work it out."

I nod. Because I don't know what else to say.

"Maybe you should give her a call."

"Yeah, I did." That comes out wrong, and I start forking up carrots.

It's a weird thing: When you get loud, everyone else gets quiet. I can feel my mom dying to ask, "So? What happened?"

But instead she changes the subject. And I let her.

Because she's right. She really doesn't want to know.

rdLater, as I wash the dishes, I think about aggression. When someone attacks and they're stronger than you...

Way more aggressive than you...

What can you use to defend yourself?

Intelligence, for one thing. Weaponry, obviously.

I'm not sure if I have luck or not.

You can always start over, I tell myself. It is only a game. 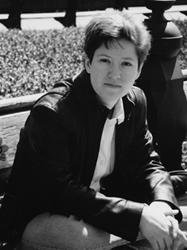 Mariah Fredericks is the author of the bestselling novel The True Meaning of Cleavage, which Meg Cabot called "Laugh-out-loud funny and way twisted!" She is also the author of Head Games, Crunch Time, and two previous books in the In the Cards series, Love and Fame.

Mariah accepts that cats are her superior in every way and would never dream of insulting one by trying to own it. However, she has been reading tarot cards since she was a teenager, and while she knows that it is lame to believe in fortune-telling, her readings keep coming true, so she keeps doing them. She has even written a tarot guide called The Smart Girl's Guide to Tarot.

"[Will leave] readers with the same wistful feeling as 'Game Over.'"
-- Kirkus Reviews