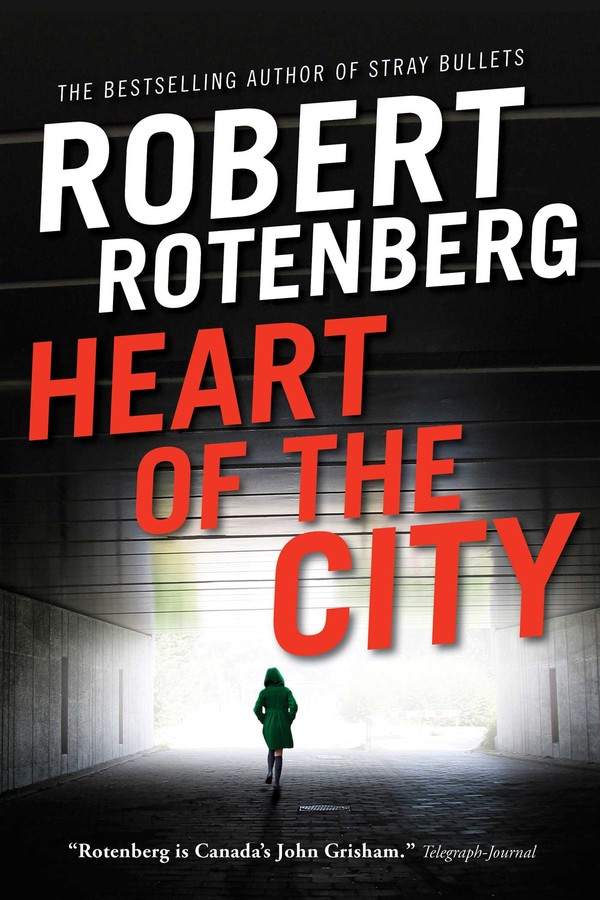 By Robert Rotenberg
LIST PRICE $12.99
PRICE MAY VARY BY RETAILER

When Detective Ari Greene was charged with the murder of the woman he loved, he stopped at nothing to clear his name and uncover the real killer. After his acquittal, Greene fled to London to get away from it all, but now he’s back. And he’s not alone—with Greene is his twenty-year-old daughter, Alison. The child he never knew he had.

Determined to leave his life as a cop behind him, Greene gets a job on a construction site for one of Toronto’s many new condos. It seems he has finally found peace as he settles into a new career and new role as father, helping Alison adjust to life in Canada.

But when Greene stumbles upon the corpse of hated developer Livingston Fox, he is plunged back into the life he tried so hard to leave behind. As the body count rises, Greene is forced into a reluctant reconciliation with his former protégé, Daniel Kennicott. The pair must delve into the tight-knit world of downtown development, navigating tangled loyalties, unexpected corruption and family secrets, some of which are closer to home than Greene could have ever imagined.

In a world where the stakes are high and the profits are even higher, Greene and Kennicott race against the clock as they follow the trail of blood and money to its shocking end. 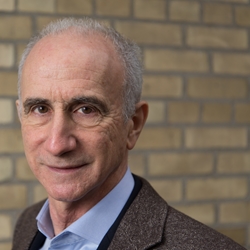 Robert Rotenberg is the author of several bestselling novels, including Old City Hall, The Guilty Plea, Stray Bullets, Stranglehold, and Heart of the City. He is a criminal lawyer in Toronto with his firm Rotenberg, Shidlowski, Jesin. He is also a television screenwriter and a writing teacher. Visit him at RobertRotenberg.com or follow him on Twitter: @RobertRotenberg.

"The only complaint I ever have about Robert Rotenberg's novels is that he takes too long between books. . . . [Rotenberg] makes his legal-cop dramas spot-on for details, along with terrific plots and characters that evolve."

“Pleasantly loaded with [complications], each one delivered in Rotenberg’s swift and sure brand of prose.”

“Rotenberg is a natural storyteller. Full of colourful, fascinating characters, Heart of the City moves fast and always keeps you guessing.”

“Rotenberg, who earns the title as Canada’s John Grisham, is well worth reading, especially for those of us who love crime novels with a Canadian setting. The city becomes a character in his story, but this is a writer who full well knows how to build legal suspense and he does.”

“Rotenberg has created believable and likeable characters, put them into a fast paced story and sprinkled the mix with astute observations of contemporary urban life. What more can we ask for.”

“his fourth and best.”

“…his most shocking book yet.”

“Rotenberg does rich work — full, and full-hearted, compelling and compassionate. And judging from Stranglehold’s final words, there’s more of this good work to come.”

“Readers of all descriptions will get off on Stranglehold’s courtroom drama…the action is authoritatively presented…and as twisty as anything from Perry Mason’s worst nightmares.”

“Author Robert Rotenberg was in the business of turning Toronto into fiction before Toronto became stranger than fiction.”

“The added frisson of a city craving justice combined with evidence that can’t quite add up the way law enforcement and prosecutors want them to gives Rotenberg the extra storytelling juice he needs to propel Stray Bullets to its inevitable but riveting conclusion.”

“Rotenberg makes it his own with propulsive plotting, crisp, vivid, no-wasted-words writing, and, most importantly,distinct characters virtually all of whom make individual claims on a reader's interest and empathy…In fact, the entire unfolding and resolution of a tragic, sadly semi-familiar, crime-and-punishment tale shows a real pro of a writer, just getting better and better.”

Praise for The Guilty Plea

"Not since “Anatomy of a Murder” has a novel so vividly captured the real life of criminal lawyers in the midst of a high-stakes trial. This is a book that every lawyer, law student, and law professor should, no must, read."

"A few lawyers are really expert in managing cases--especially criminal cases--in the courtroom. A small percentage of these are very good at making trials come alive. Robert Rotenberg is one of the few, along with Scott Turow, David Baldacci, John Lescroat. His Guilty Plea is a crackling good read. Plan to keep turning pages late into the night!"

"It's clear that Old City Hall has enough hidden motives and gumshoeing to make it a hard-boiled classic."

"Loved it! Rotenberg’s Old City Hall is a terrific look at contemporary Toronto."

"The book has wowed pretty much everyone who's read it. . . . A finely paced, intricately written plot is matched by a kaleidoscope of the multicultural city's locales and characters."

"Twenty-first-century Toronto is a complicated place, rife with the kind of paradox and contradiction that lends a city depth and complexity. It's a good setting for sinuous legal machinations to unfold, steeped in that elusively desirable literary quality we call character."

"A convincing portrayal of backstage operations in the justice system. . . . An enjoyable addition to the literature of urban crime."

"Clever, complex, and filled with an engaging cast of characters, Old City Hall captures the vibrancy and soul of Toronto."

"Robert Rotenberg knows his Toronto courts and jails, he knows his law, and he knows his way around a legal thriller. Old City Hall is a splendid entertainment."

By Robert Rotenberg
LIST PRICE $12.99
PRICE MAY VARY BY RETAILER